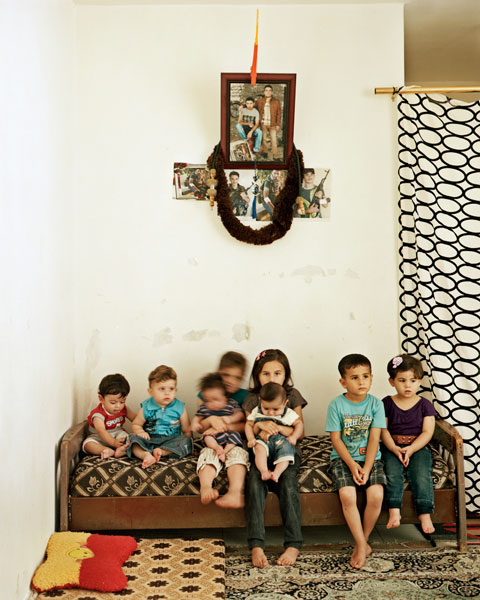 Denver-based Benjamin Rasmussen and Salt Lake City-based Michael Friberg came together to collaborate on their latest project By the Olive Trees, a series that looks at the experiences of some of the 500,000 Syrian refugees who have fled to Jordan. Rasmussen recently told us more. 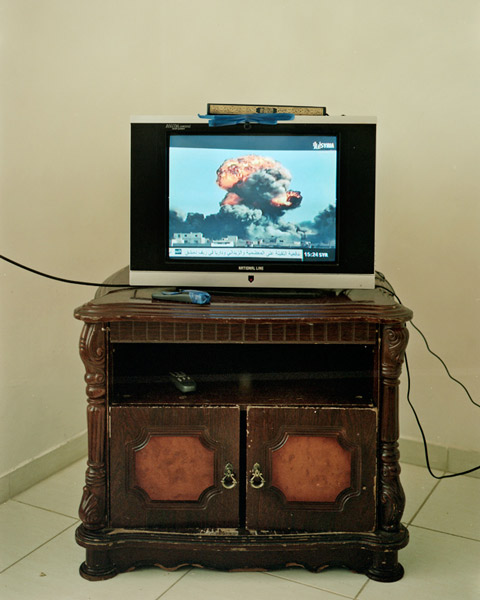 What led you to make this series?
“The Syrian civil war, now in its 28th month, has led nearly two million Syrians to flee their country. More than 500,000 of them have headed south to neighboring Jordan, a number that is expected to reach one million by year’s end. They are fleeing devastating government bombardments, widespread rape and forced military conscriptions from the regime, and increasing Islamization and brutally enforced Sharia law from the Free Syrian Army.

“After seeing so much coverage of this, Michael and I felt like there was something missing from the visual dialogue that was happening around the issue. So many of the images coming from Syria were classic war images, with lots of guns, bombs, blood and guts. And the images of the displaced Syrians were classic refugee images, with lots of sprawling refugee camps, dust and misery. It is not that these were not true depictions of what is happening, but for me they can be simplistic and dehumanizing. They only show Syrians as aggressors and victims, but not as real people caught in a deeply complex situation.

“So our goal was to go to Jordan and try and tell a more nuanced, quiet and human story. We wanted to photograph the Syrians displaced in Jordan in the way that we would photograph someone for a magazine commission. We wanted to use that visual language to communicate the same importance to a refugee that we give to celebrities, athletes and politicians. And then we also did extensive interviews with the people we photographed, so that they could communicate their own story in their own voice.” 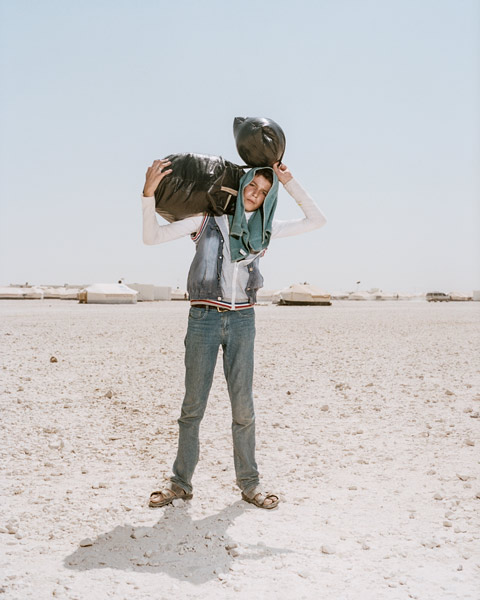 How did the two of you decide to work together?
“Michael and I chose to work together on this because we realized that we could produce a much more powerful body of work as a pair then alone. We have complementary styles, but different strengths. My style lends itself towards large landscapes and quiet portraits, but can be a bit distant and removed. So the energy that Michael brings to his frames helps make up for my weaknesses. And as a body of work, it ends up having an ebb and flow that makes it feel both beautiful and real, which would be much harder to accomplish on our own.” 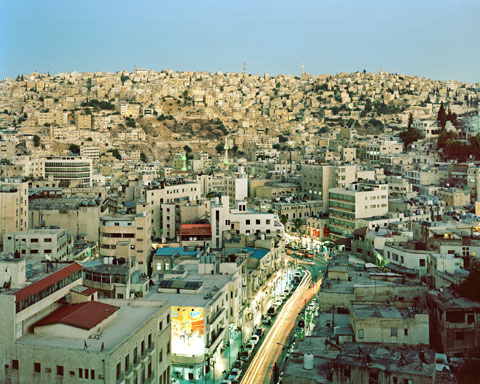 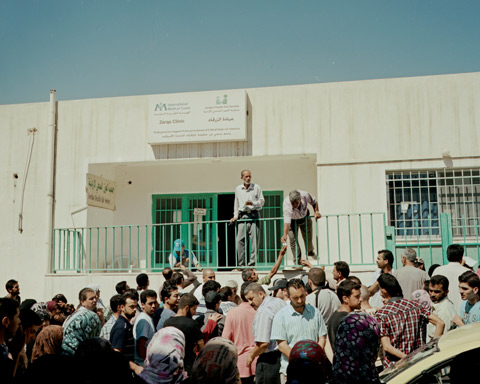 How are you trying to get this project seen?
“We are using multiple outlets for the story, with it running in print, on iPad, Instagram feeds and blogs. And then we are also producing our own newsprint publication, the printing of which will be funded by an ongoing Kickstarter campaign. With the costs covered, we will be distributing the publication for free using our communities to disseminate it as widely as possible. We will be sending multiple copies to interested individuals, who will then in turn distribute them for free to their friends, families, colleagues, church groups, coffee shops, etc. This will allow us to reach a much wider audience than we could on our own, and change the way that the reader interacts with the work because someone they already have a relationship with shared it with them.” 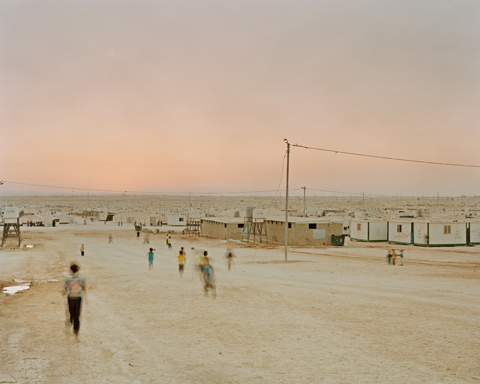 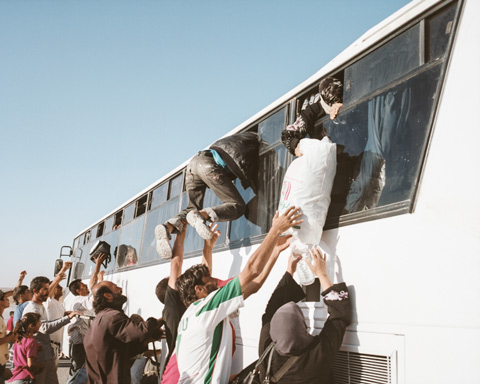 What is the meaning of the title?
“By the Olive Trees comes from an interview with Abdul Rahman Mounir Al-Zalem, a 22-year-old from Dara’a, Syria. He said: “We have no house now in Syria, because the government airplanes shelled it. There is no trace that it existed. We had a small orchard with 24 olive trees and 5 lemon trees and 3 grape vines. I planted an olive tree here so we could feel like we were in Syria. Every week we say the next week we will return, we will go back to Syria. And now it has been two years. Maybe the same thing will happen to us like the Palestinians and we will wait for 60 years. Or maybe we will go back tomorrow, or maybe today. If Bashar goes away we would go to Syria, sit by the olive trees and we would sleep and eat and drink there.” Michael’s photograph of him holding a branch from the olive tree that he planted is the cover of the publication.” 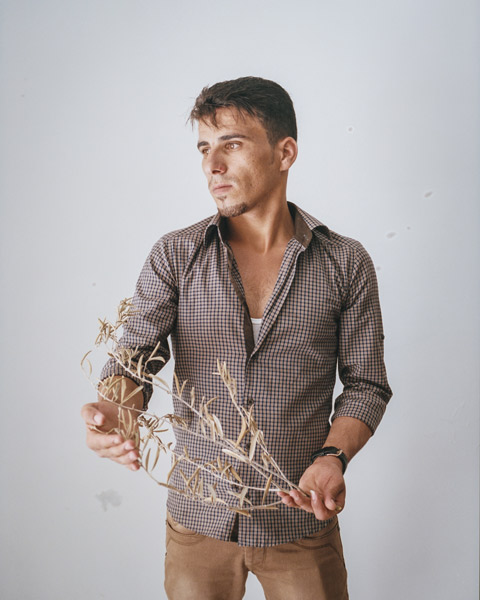 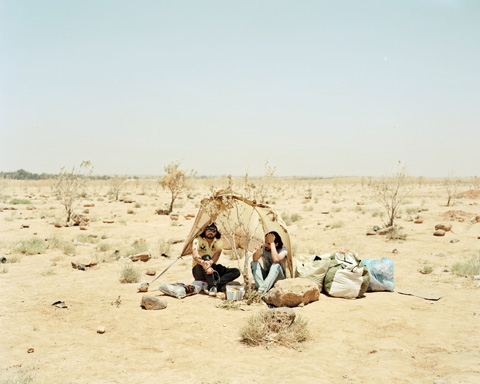 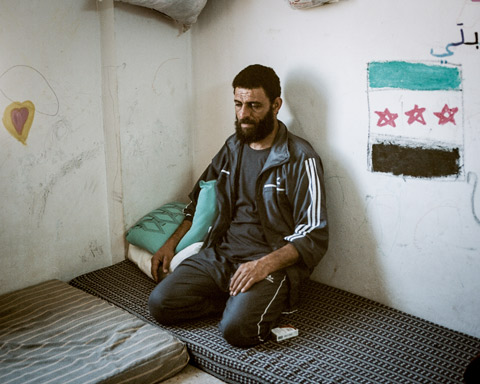 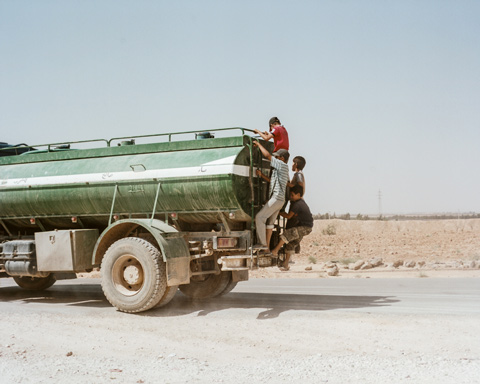 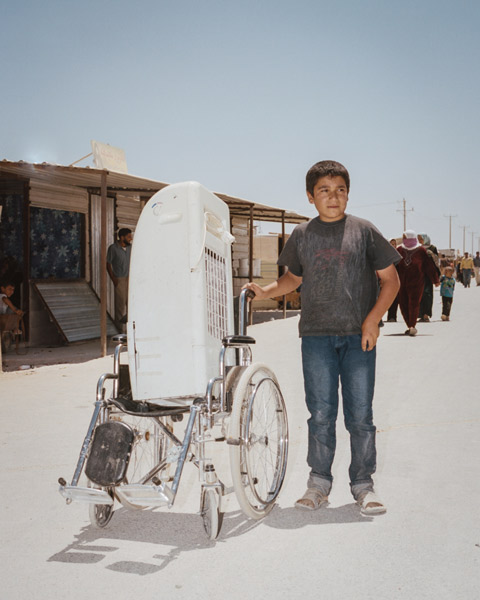 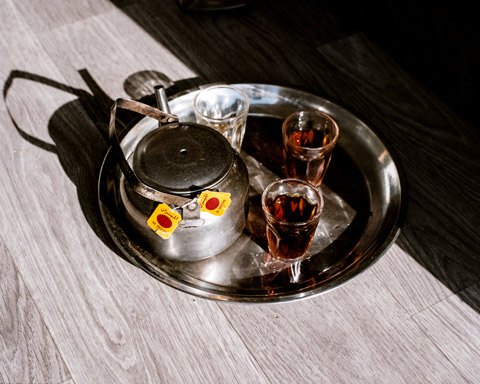 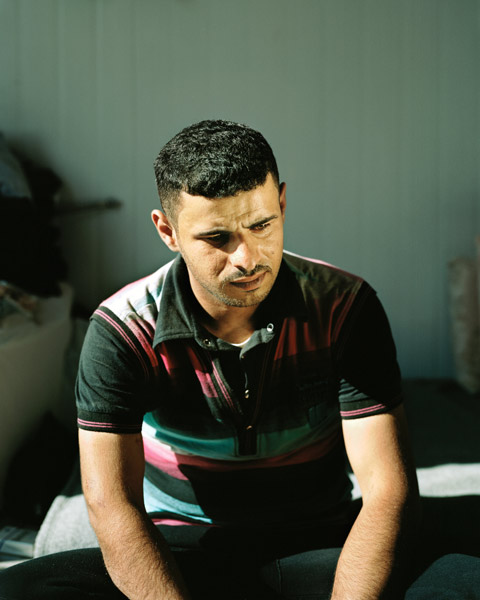 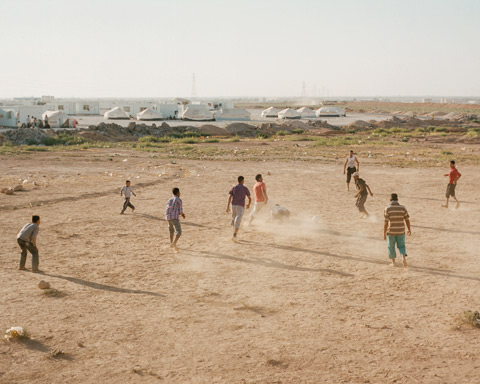