Out and About at Photoville 2013 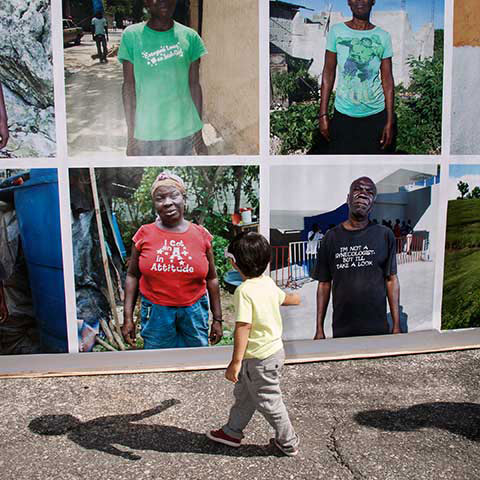 A young boy walks by portraits by Paolo Woods.

As photo festivals go, Brooklyn’s Photoville is one of most laid back and fun. Located on the Brooklyn waterfront with a spectacular view of downtown Manhattan, Photoville is a pop-up village of shipping containers transformed into temporary exhibition spaces. There are workshops, talks, and nighttime screenings that take place in the village’s lively beer garden. What’s not to love?

This year is the second outing of Photoville, and, like a growing toddler, the festival has become more confident and ambitious. With all the visual noise surrounding us these days, professional photographers are having to reinvent themselves in order to stand out, and a lot of the work here seemed to want to push the envelope and explore the boundaries of what photography can be and do.

Some notable exhibits included Linka O. Odom’s ‘Tak Aaj,’ a photographic journey through India innovatively displayed in wooden light boxes on poles, and Donald Weber’s ‘Interrogations,’ in which the shipping container stood in for a Russian interrogation room (complete with bad wallpaper, a nondescript desk and an ashtray full of cigarette butts). Another standout was ‘Heaven’s Gain,’ Justin Maxon’s documentation of a Pennsylvania community wracked by gun violence. This installation included journals and testimonies from survivors of violence, adding authority and emotional weight to the lyrical images.

Photographs record, but they also express our hopes, dreams and fantasies. Nowhere was this more apparent than in ‘Photo Requests from Solitary,’ a project where photographers created images for prisoners in solitary confinement. The images ranged from nostalgia (“my aunt’s house”) to fantasy (“me with lions”), but all revealed a hidden population badly in need of contact and empathy. In a panel discussion on Saturday afternoon, survivors of solitary confinement discussed how images had helped keep them sane during years of sensory deprivation.

Photoville’s talks were compelling too, offering lots of food for thought. In a Sunday afternoon talk, Fred Ritchin (NYU professor, photo editor and out-of-the-box thinker) floated the idea that photographers should practice “photography of the future,” anticipating crisis and visualizing it in order to prevent it from happening. It’s a bold idea, and one that some photographers are taking on. For example, Nina Berman’s project ‘Fractured: The Shale Play,’ on show in container #38, questions the nature of hydraulic fracturing (fracking) and powerfully visualizes its harmful effects.

If this all sounds a bit heavy, there are plenty of lighter themes too, from Jerry Vezzuso’s ‘Model Release’ (photos of the most sought-after haircuts in Greenwich Village, circa 1985) to Feature Shoot’s own ‘Fruitland,’ an explosion of color and inventiveness that plays off Dutch still life painting and imagines a plethora of new roles for the humble watermelon, orange and grape. And speaking of food, on closing night next Sunday Photoville hosts Slideluck, a multimedia slideshow combined with a potluck dinner. Bring a dish, buy a beer, and watch a show curated by TIME magazine Director of Photography Kira Pollack. If the weather gods cooperate, this should be a wonderful event. 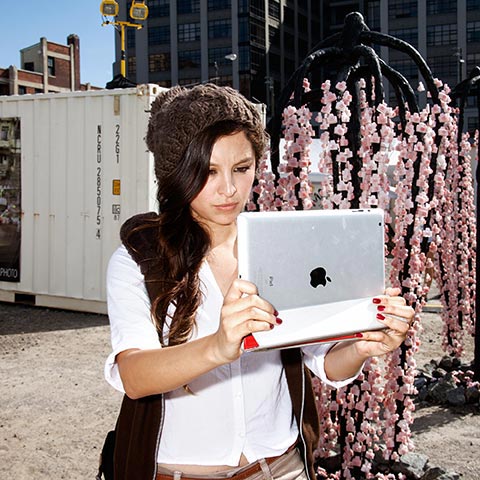 A woman takes a photo on her iPad of ‘Photographic Orchard with Cherry Blossom Trees’ installation by Andre Felciano. 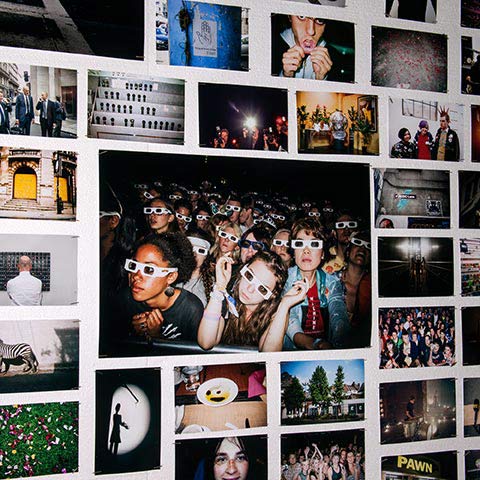 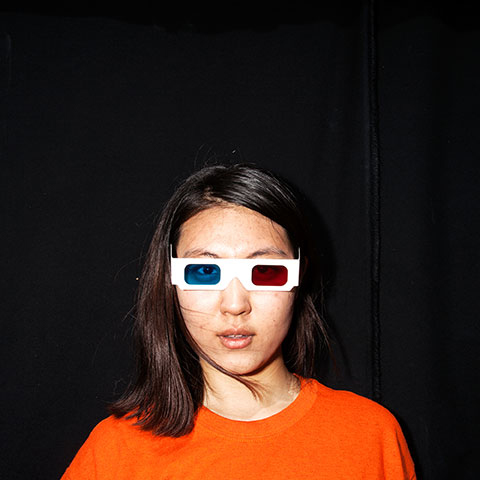 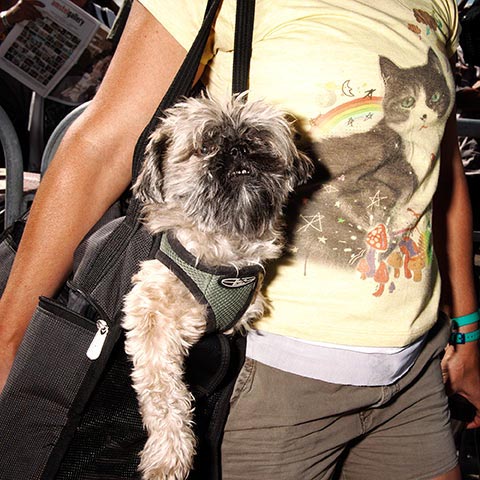 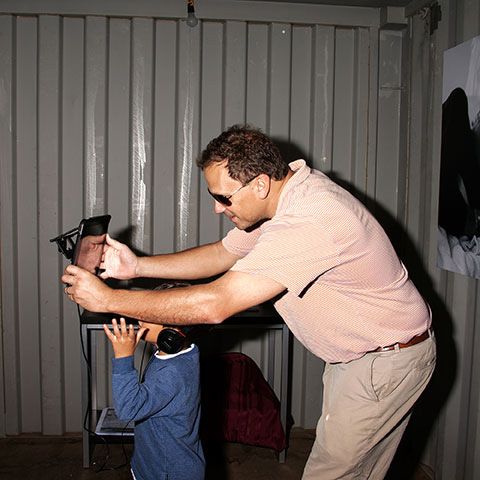 A father helps his son with an iPad in Ann Curry’s ‘Reporting Our World’ at Photoville. 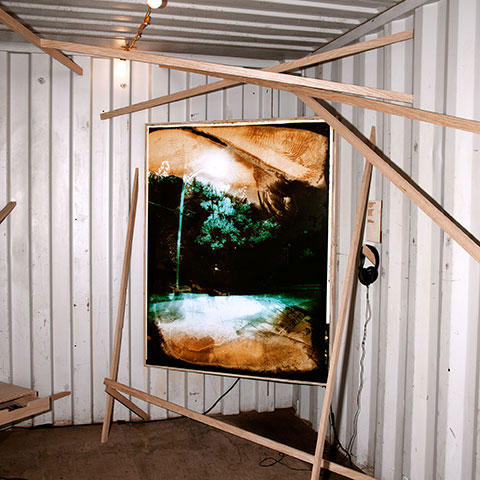 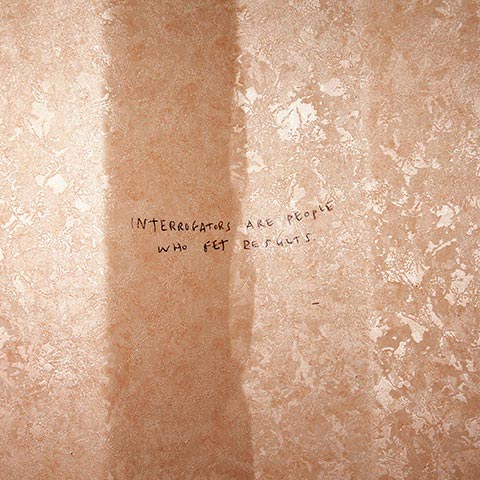 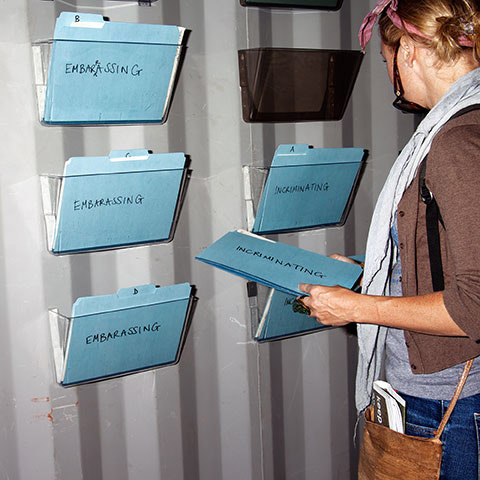 Inside Pete Brook’s installation of ‘The Depository of Unwanted Photographs’. Produced & presented by United Photo Industries. 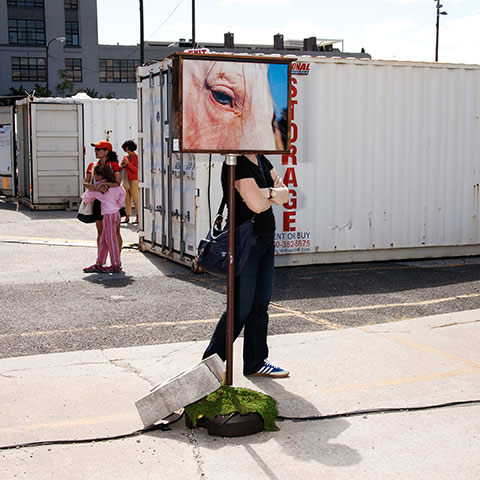 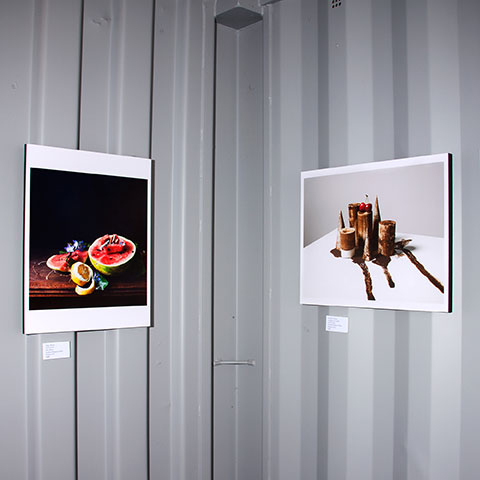 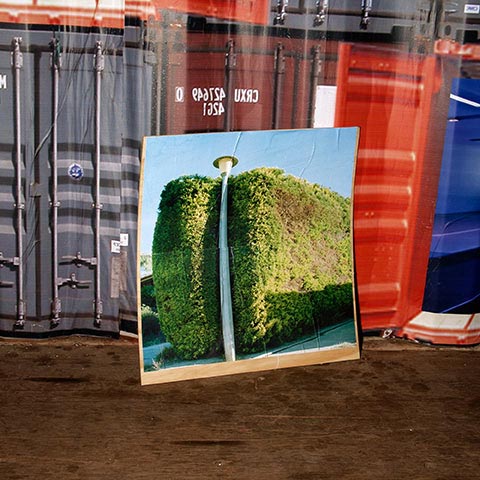 Inside ‘CANBERRAVILLE: A Rolling Grounds of Contemporary Fiction’. 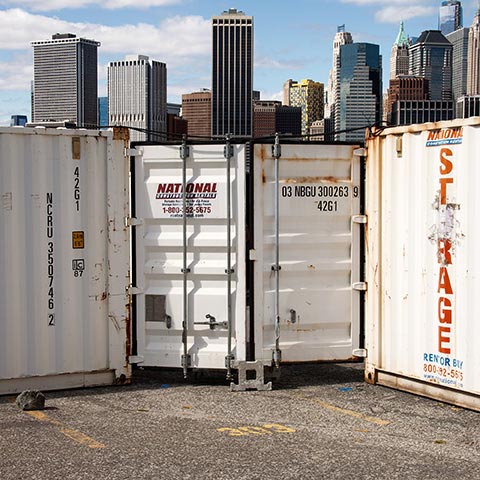 A view of shipping containers and the Manhattan skyline.