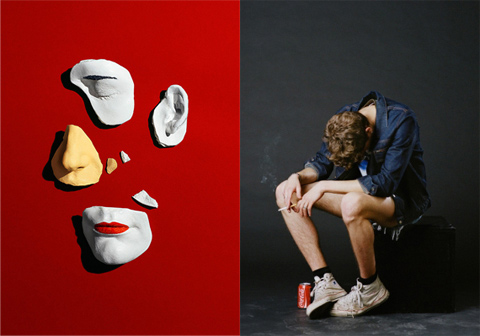 Last Friday night a show called Blog Re-Blog featuring work by 200 contemporary photographers opened at Signal Gallery in Bushwick, Brooklyn. Its two curators, Max Marshall and Paul Paper, each chose 100 photographers, then drew names from a hat—must have been a large hat, a sombrero maybe—to pair the artists on their lists randomly. Each photographer was invited to choose an image from their partner’s portfolio, and the images were projected in tandem on one enormous wall of the gallery.

Pairings were projected for 10 seconds, and as I watched, I was fascinated that these combinations were made at random. Many of the pairings worked out uncannily well. Horizon lines connected, colors matched, subject matter aligned. The random combinations of artists lent the show democracy; I liked seeing well-known photographers next to emerging talents. Another leveling agent was that names were not projected with the images, so it became less of a who’s who and more of a what’s what. However, there was one major inequity. As photographer Kyle Laidig put it, “there is something truly problematic about the fact that there were only around 20 females in a show of 200 contemporary photographers”.

I should mention that mine was one of the two hundred names in the 10-gallon hat. For this reason, I view this exhibition as a social experiment as much as a curatorial one. Everyone I have ever talked to on the internet was there in person. Contrary to recent ideas about the morbid state of the gallery opening, this event was electric with the physicalization of acquaintances formed over social media. Although there may not have been much commerce going on here, ideas were being exchanged and artists were arguing about aesthetics, face-to-face, just like they should. In the dark, under the giant metronome of saturated images flashing on screen, artists blogged and reblogged IRL.

Here are 10 serendipitous pairings from the show, which runs through August 11, 2013. 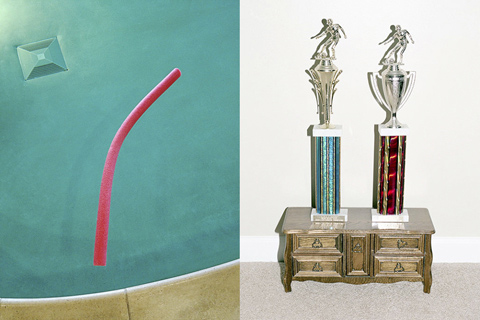 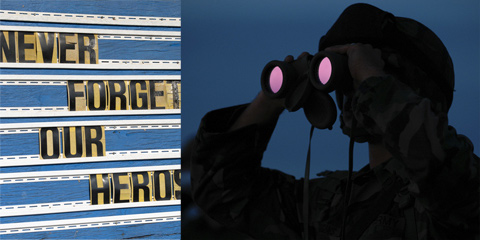