Big Sur, the scenic section of Californian coastline north of LA, is visited by millions of tourists annually. But in 2017, no tourists came following a devastating landslide that cut off the region for a year.

In his new book, Going South: Big Sur, artist and photographer Kirk Crippens details the isolation of this scenic area, which was cut off from the north after one of its main bridges on Highway 1 collapsed.

In order to document the post-landslide Big Sur, the San Francisco-based creative had to hike (and lug his large format camera) through the wilderness with friend (and local), Torre McQueen. He then spent the next two years exploring the place and meeting the residents, capturing the destruction, beauty, silence, and resilience of Big Sur.

“Big Sur has a climate all its own and a character all its own,” author Henry Miller once wrote. “It is a region where extremes meet, a region where one is always conscious of weather, of space, of grandeur, and of eloquent silence.”

We recently spoke to Crippens to learn more about Going South: Big Sur, which comes out this month.

How did you get into photography?
“My grandfather was a photographer in the military during WWII. He kept a darkroom in a small closet when I was a child – it was a place of enchantment for me.

“Inspired, I started taking photographs at a very young age. The first thing I saved up to buy was a camera.”

Soon after Highway 1 got blocked off, you hiked to get to Big Sur. What made you decide to do that perilous journey?
“The situation was brought to my attention by Torre McQueen. She grew up in Big Sur and raised her children there. We went for an exploratory trip – without a camera – just to see the ‘quiet’ Big Sur.

“The only people allowed in at that point were locals and their friends and family – Torre was my access.

“We left our vehicle in a state park lot after obtaining the required permit. To get around the condemned bridge, we hiked along a trail the park was beginning to build. The trail was needed so the residents of Big Sur could get in and out!”

What was your first reaction upon seeing the state of things in Big Sur after getting there?
“My first reaction was excitement as I observed a picnic table in the state park – it was partially buried by a mudslide that had swept through. The scene was quiet, subtle and telling. It was also something I could return with my 4×5 and photograph.

“Many of the landscape photos I later made presented themselves as I explored Big Sur during that first trip.

“At a certain point I reached a tipping point – I knew I wanted to take on the project. In fact, I remember the moment it happened. Nepenthe restaurant stayed open to serve the locals the entire time the highway was closed. After enjoying a meal, on a Saturday night around 8 o’clock, Torre and I were walking down the restaurant’s stairs and into their parking lot when she commented on how she had never seen the parking lot empty, especially on a Saturday night.

“There were two light bulbs on top of a wooden pole that were lighting up the empty lot. One was red and the other white. It was another photograph I wanted to make, plus it fit the narrative – it helped tell the story of what was happening – in the quiet, subtle way that I like.

“Interestingly, that photograph of Nepenthe’s parking lot, taken on a Saturday night a few weeks later, wound up on the cover of Going South.”

Take us through your creative process. What were you trying to capture while you were in Big Sur? How did you go about it?
“Initially I was attracted to the isolated Big Sur. Normally a highly touristed place overrun by mobs of out-of-town visitors. After the bridge was condemned to the north, a gigantic landslide covered the highway to the south. Highway 1, the only way in or out of Big Sur, was closed for over a year.

“The region has a history of weather-related issues, but if you look at the data, the frequency and severity have increased. The way of life in Big Sur, like so many places, is under threat.

“After spending the first part of the project photographing quiet landscapes affected by extreme weather, I began to make portraits of some of the locals who live in Big Sur. I visited with dozens of locals, making portraits in interesting and iconic Big Sur locations. Everyone was deeply affected by the highway closure, but not all of the effects were bad. The isolation also fostered local solidarity and community connection.”

What was the response you hoped to get from Going South: Big Sur, and how did people – Big Sur locals, especially – react to it?
“Each person that picks up the book and takes time with it will have their own response. I’m a creator, a builder, a producer – I create the things, in this case, a collection of photographs made during a certain time. They have a certain meaning for me, but everyone can take the photographs as they want.

“The locals I’ve shown it to say it’s a different take on Big Sur, something other than what they‘ve seen before. That’s a compliment – Big Sur has been over photographed for years.”

What are you working on next?
“I have a body of work from West Texas called The Darkest Skies. I’ve been working on it for over 4 years. It’s close to completion, I think.” 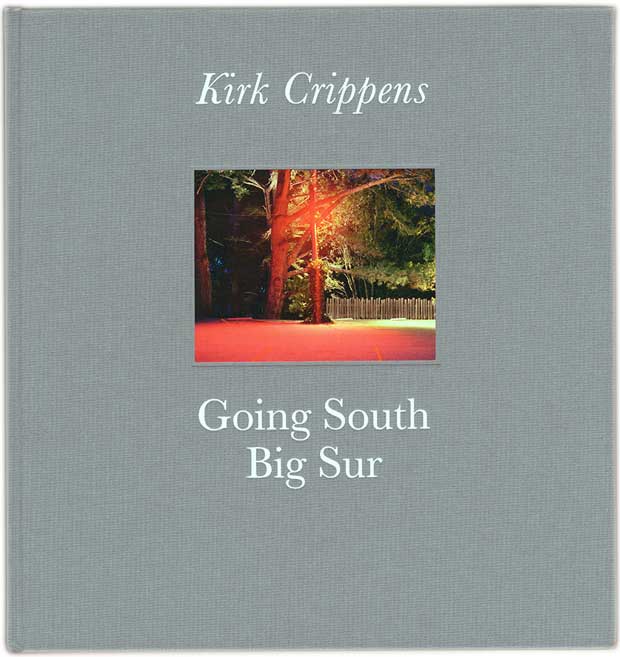