These Vintage Dog Show Photos Are Sure to Make You Smile 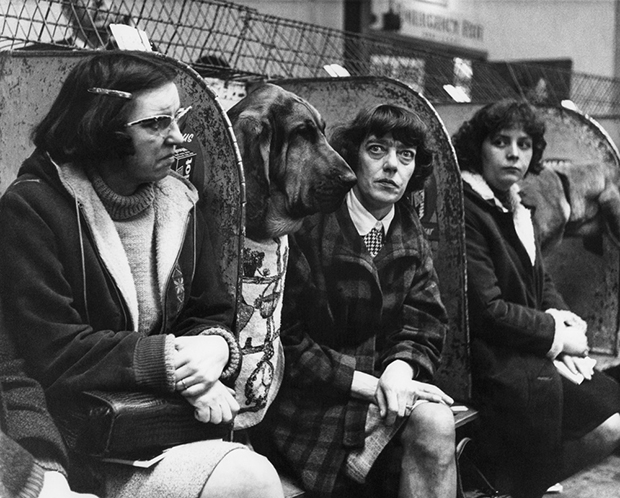 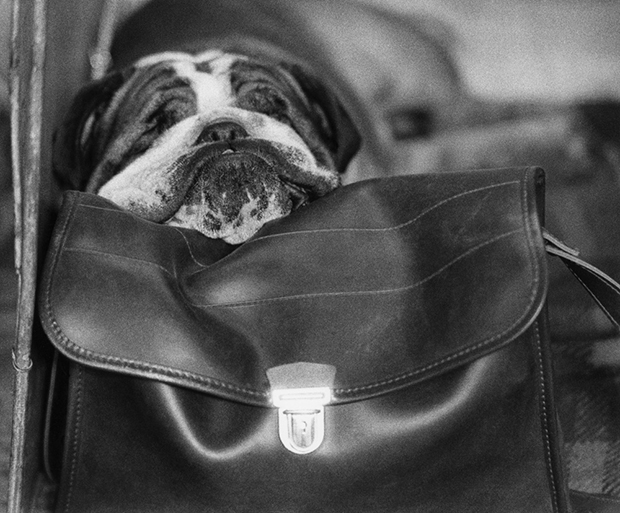 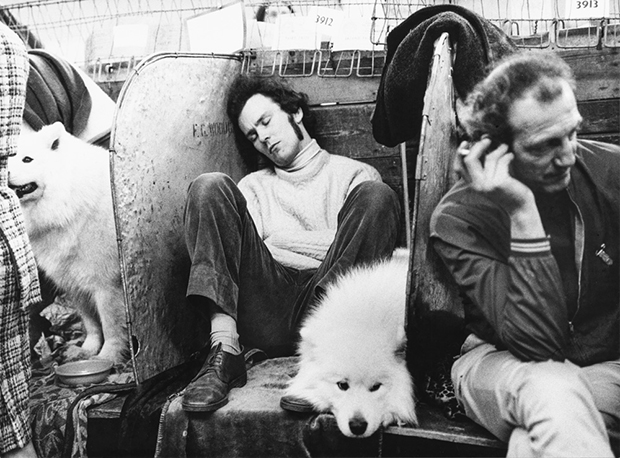 When Shirley Baker (1932-2014) photographed English dog shows in the 1960s and ’70s, she wasn’t looking for scenes of glitz and glamour; instead, she wandered behind the scenes, catching glimpses of canines and their handlers as they prepared waited for their big moment. Outside of the spotlight, she watched dogs and their people chatting, preening, napping, and simply passing the time. Her photographs have just been published in the delightful new book Dog Show 1961-1978 by Hoxton Mini Press.

Lucinda Gosling of Mary Evans Picture Library, who represents the Shirley Baker archive, pens the introduction, tracing the early history of the Manchester Dog Show in the 1860s up through the present day. For the benefit of the uninitiated, she cites Charles Henry Lane, author of the book Dog Shows and Doggy People (1902): “People who do not move in the ‘Doggy World,’ or have no intimate friends who do, have not the least notion of what a large and important world it is.” Indeed, Baker was able to convey the seriousness of the proceedings–her subjects, dog and human–remain determined and focused on their goals. This “doggy world” is a miniature city unto itself, and Baker was able to approach it much like she did the streets of Manchester at around the same time.

Like all of her documentary work, Baker’s dog show photographs come from a place of empathy. While others might have poked fun at these people and their idiosyncrasies, she embraced them. The book is full of what Gosling calls “visual puns” (the humans look like their dogs) and quirky details (the dogs wear bibs to minimize drool), but it seems everyone is on the joke. It hardly matters who won “best in show”; the real champions in Baker’s book are people who love their dogs.

Gosling remarks too on the presence of women within the dog show realm; sporting unmistakable hairdos and loads of tweed, the women take center stage, even if men dominated the outside world. In that sense, we can link the photographer to her subjects; she too carved out a place for herself, despite the odds. She battled the patriarchal status quo throughout her career, beginning in the early years, when there were opportunities for female press photographers were quite limited. At the Manchester dog show, Baker was “very much an outsider looking in,” as Gosling puts it, but she was also woman in a woman’s world.

In Dog Show 1961-1978, we find a rare kind of unselfconsciousness on both sides of the camera. Baker’s subjects go about their business without paying her any heed at all, and in turn, the photographer relishes the freedom to explore real vulnerability and tenderness. In humor, she finds poignancy, and in dogs, she finds humanity. 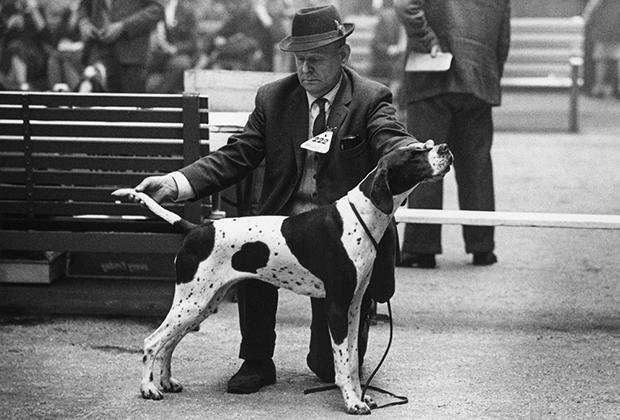 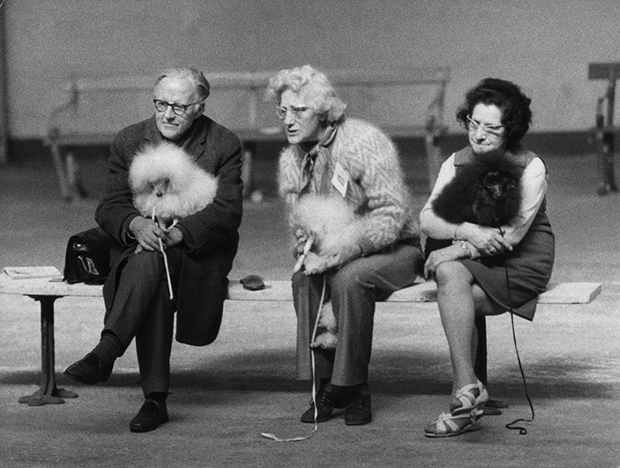 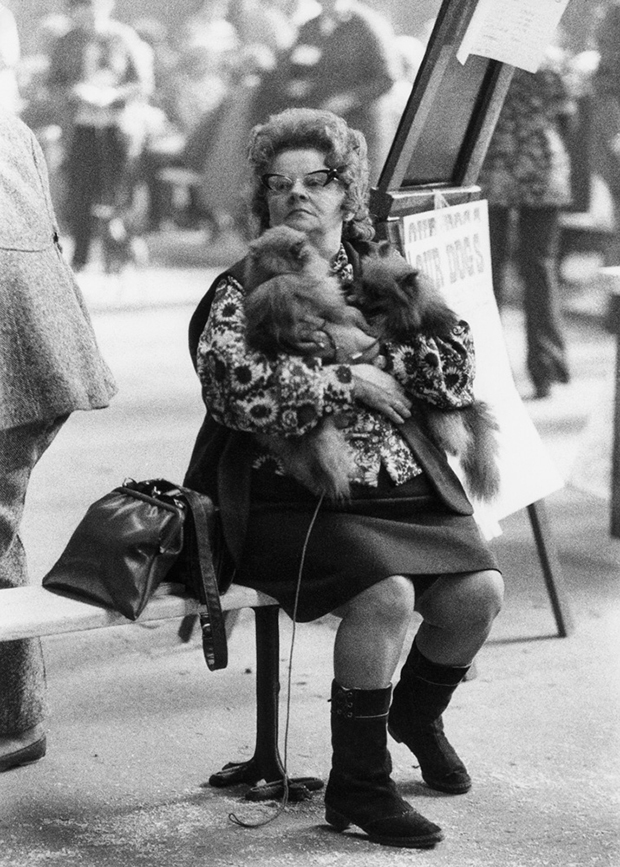 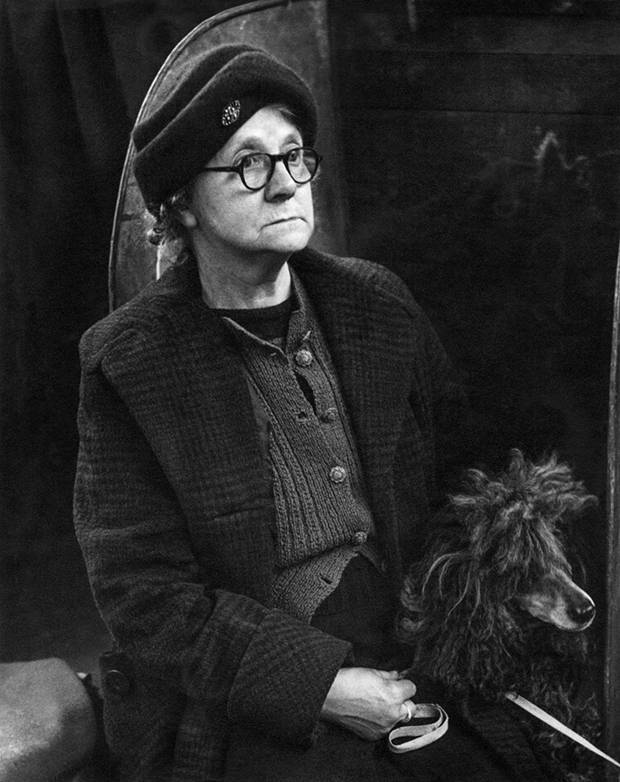 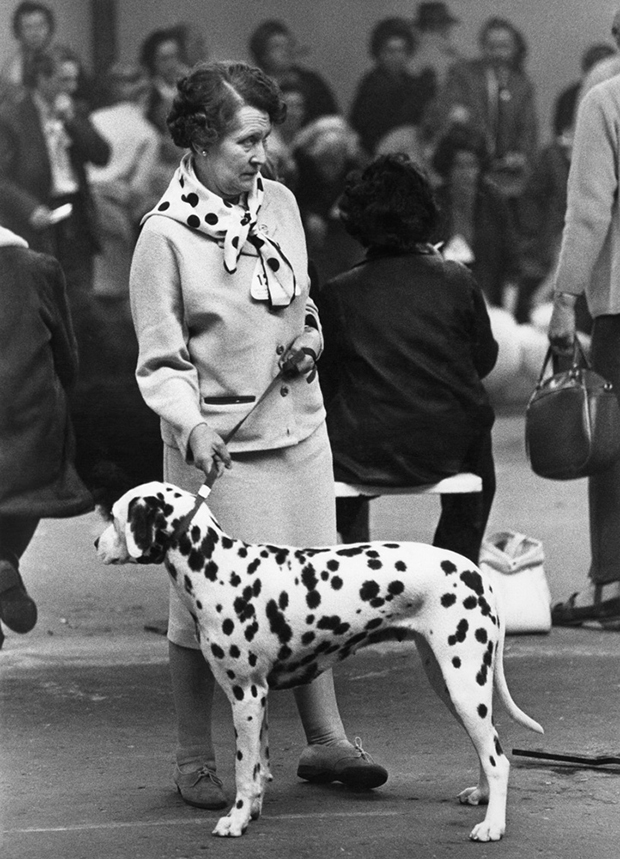 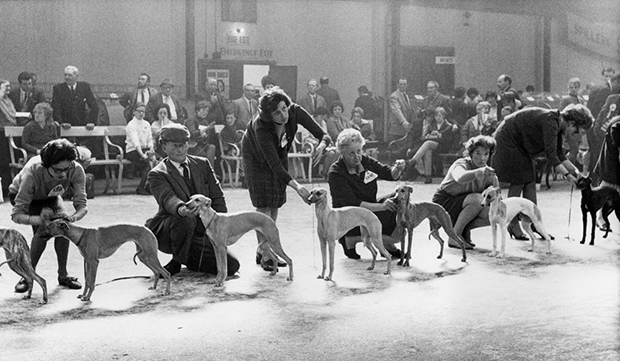 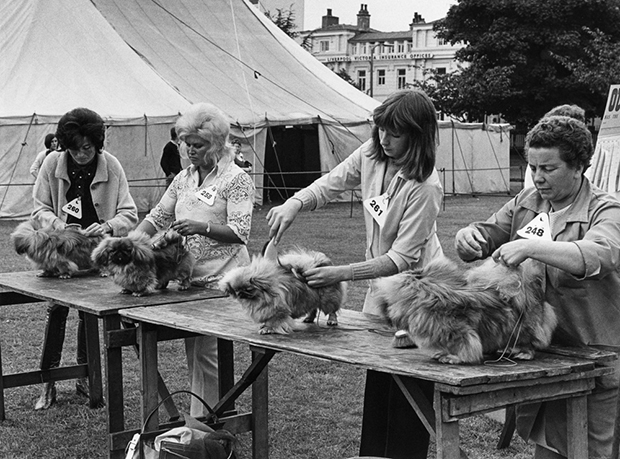 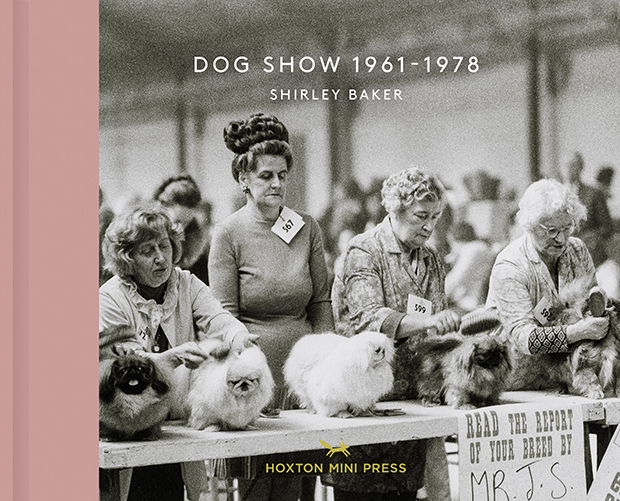