Photos Address Women and Their Complex Relationship with Domesticity 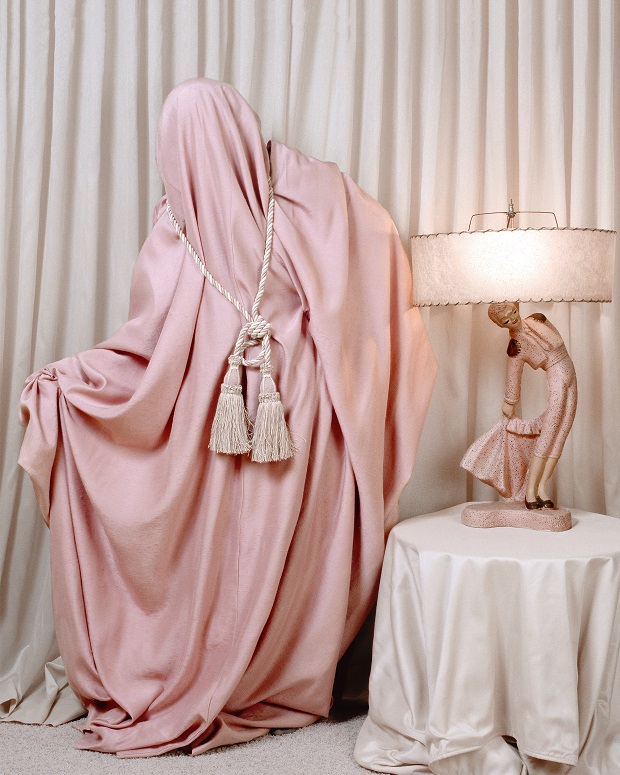 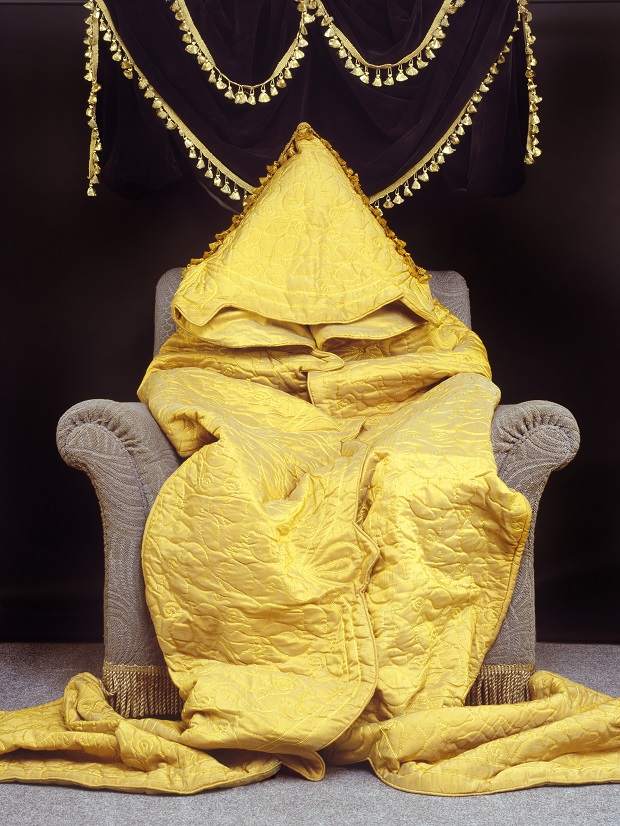 For most of history. Anonymous was a woman. – Virginia Woolf

Chicago-based photographer Patty Carroll‘s most recent project Anonymous Women is made up of a series of staged photographs using models, drapery and household objects to address women and their complex relationship with domesticity.  Having grown up in mid-century suburban Chicago during an era where suburban living was idealized, Carroll has since developed a deep fascination with the idea of home. In these highly saturated theatrical scenes, anonymous figures appear draped in cocoon-like textiles and are accessorized with chandeliers and other household objects to comment on the role of women in the home.

Split into three parts, the first series of the project features the head of woman painted ivory white with objects – from bacon streaks and cabbage to a picture frame – placed on her head. The second part sees a lone woman hiding within her home. Camouflaged by the domestic interior, it renders her invisible. The final series includes dizzying scenes using myriads of objects to comment on obsessive collecting, accumulating and decorating. In these images, the women are literally engulfed by the home. As well as offering a commentary on how women are perceived in the world, Carroll infuses the anonymous portraits with a sense of humor and comic relief. But the images are also clearly beautiful to look at. In one, a blue dress seems suspended amid a claustrophobic snakes-and-ladders of palm fronds and tropical flowers, while a watering-can placed where the head might be, overflows with the tumbling leaves of a creeper plant. In another image, a woman stands statuesque beneath a curtain giving the sense that she has become physically enveloped by her home. 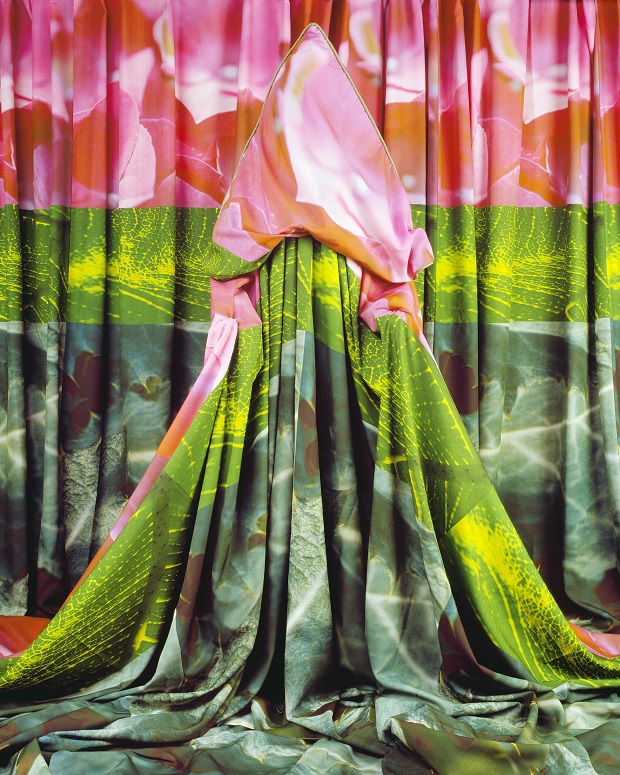 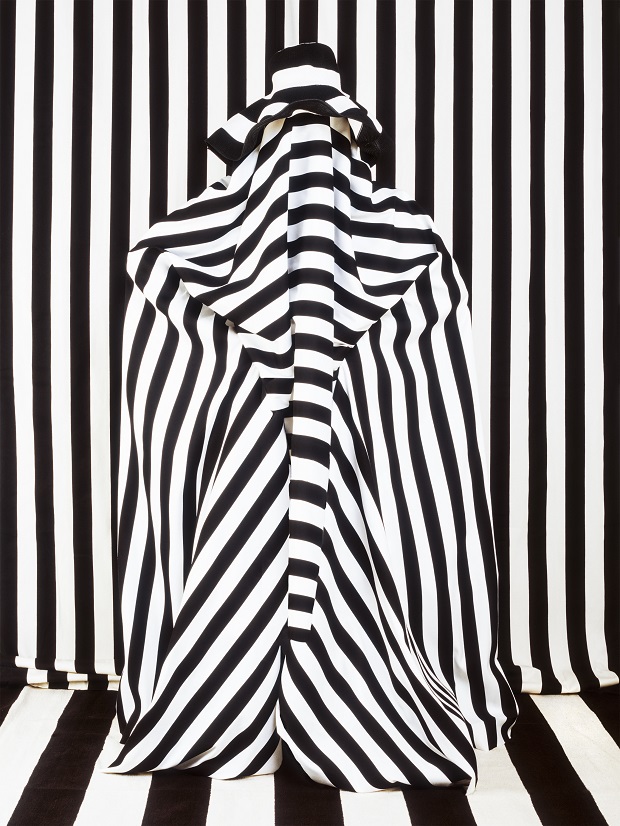 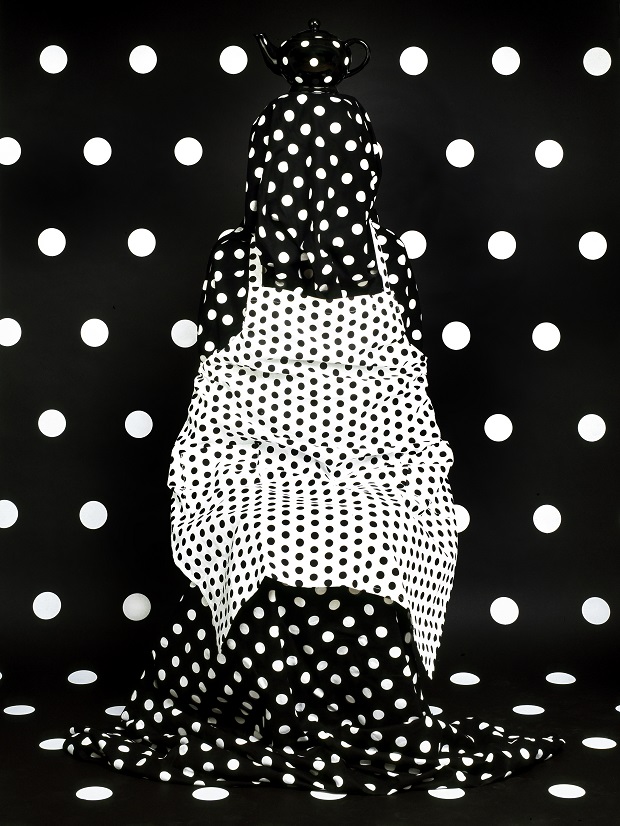 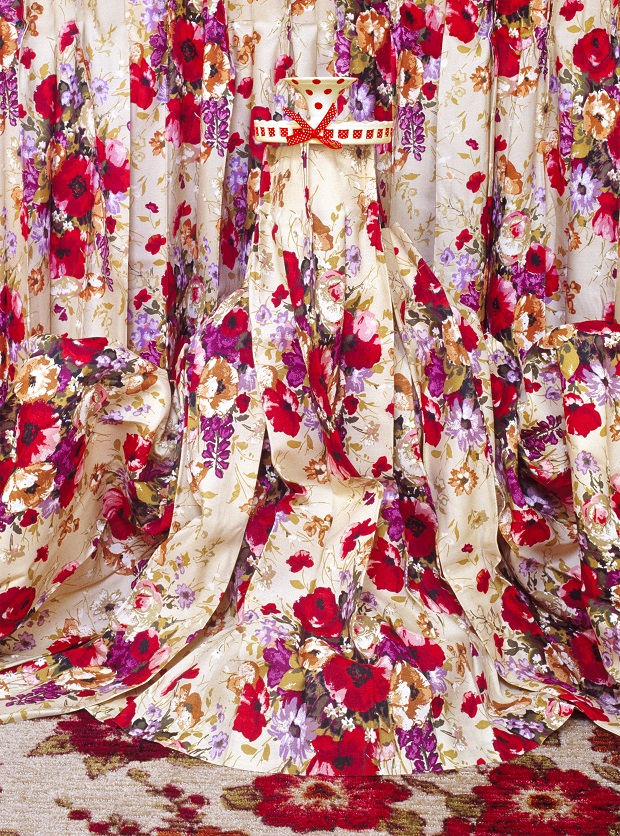 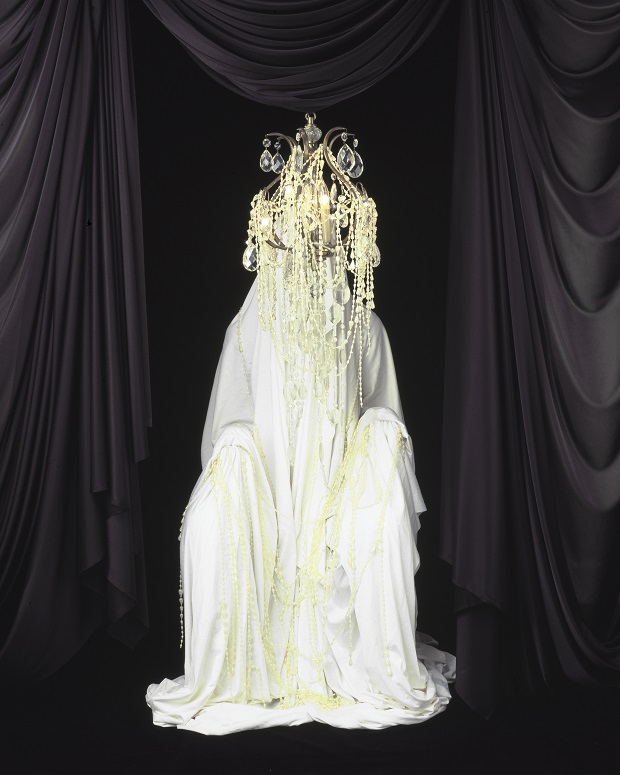 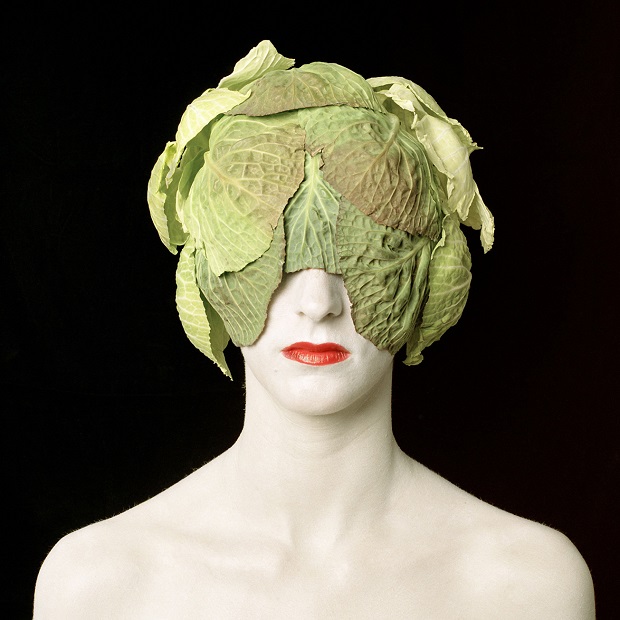 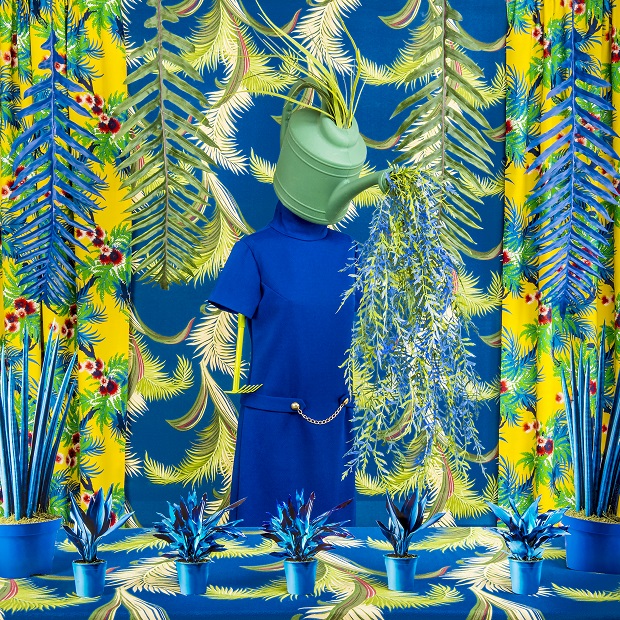