One of the Last Surviving Pagan Communities in Russia 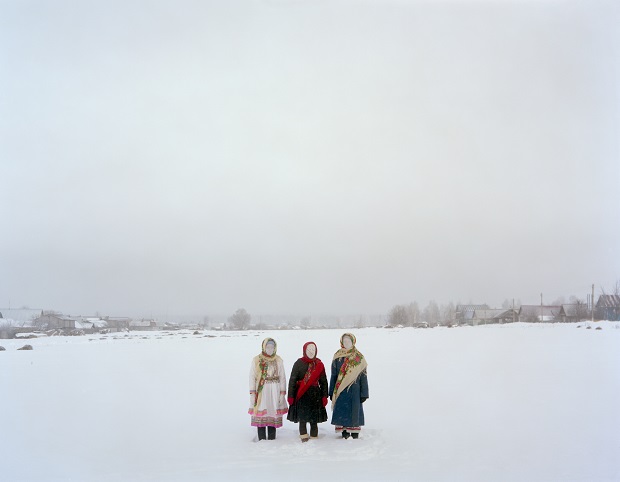 Local children put on the costumes for the mummers play on the Mari’s holiday Shorykyol when locals put on costumes and masks, visit neighbors and sing songs. 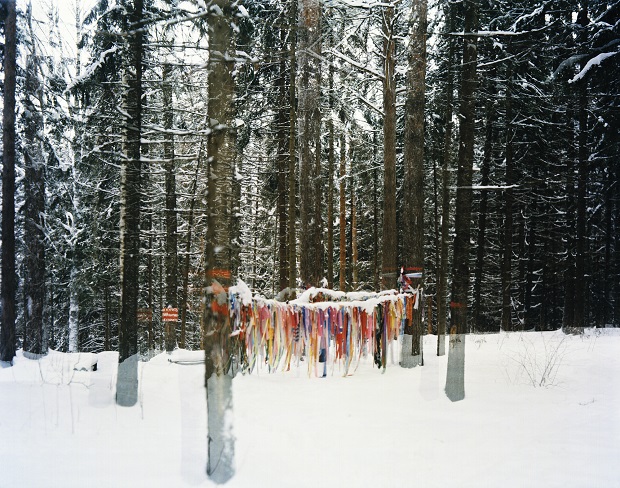 Sacred Groove in the Mari El Republic. Mari people often tie scarfs or pieces of cloth to the ropes around sacred trees or directly to the trees.

After living in Central Asia for three years, Japanese photographer Ikuru Kuwajima moved to Kazan, Tatarstan in Russia, which lies a short distance from the Mari El Republic. Drawn by curiosity, Kuwajima crossed into the region to learn more about the minority ethnic groups which inhabit the surrounding forests.

“The main native people are the Finno-Ugric Mari people,” explains Kuwajima, “whose religion is mix of paganism and orthodox Christianity.” Almost half of the Mari population live in the Mari El Republic, with the rest dispersed across Russia. Kuwajima’s motivation for the project was to “to explore something different in the post-Soviet space, culturally and visually.” Although at first glance the landscape of Mari El did not appear that different from say, the suburb of Moscow, Kuwajima describes how he was able to gain a deeper understanding of the place and its people after spending time there, as the differences hidden beneath the Soviet and Russian layers began to slowly reveal themselves. Kuwajima’s resulting project named after the Republic, contains images taken during various trips to the region while he was living in Kazan.

In the photos, we get a sense of the eerie atmosphere that seems to permeate the forests and snow-veiled landscapes, areas which the photographer assumes, “cultivated the grounds for the strange stories about souls, ghosts, magic and paganism.” 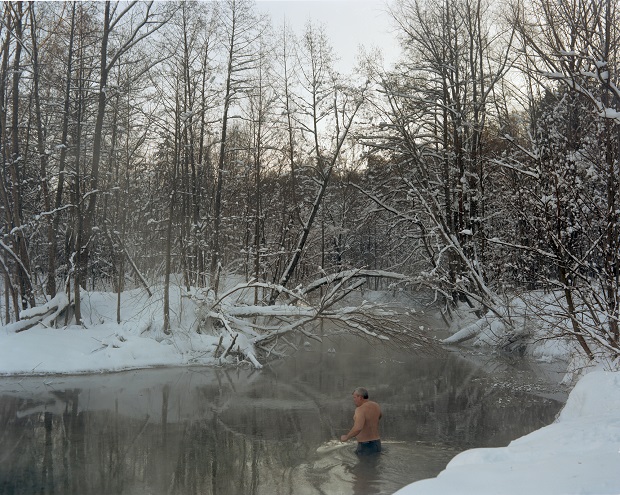 Orthodox Christian’s winter swimming on Epiphany takes place at the Green Spring, which doesn’t get frozen even in the winter. The majority of the Mari people were baptized before the Bolshevik Revolution while some of them kept their traditional pagan faith. 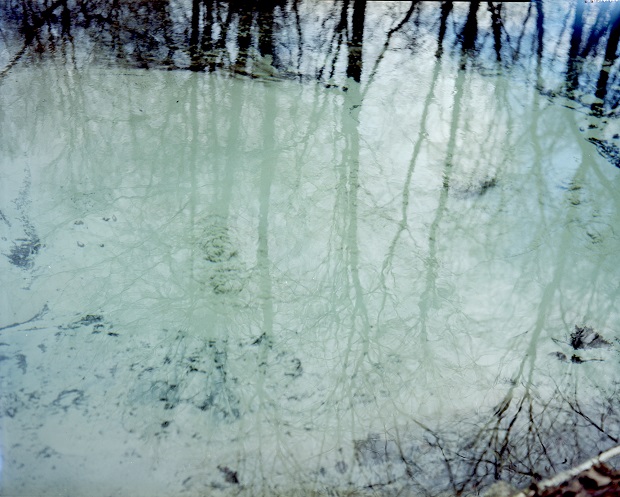 Spring water comes out of the bottom at the Green Spring (Zeleny Kyuch) in Ilet, the Mari El Republic. The water at the Green Spring doesn’t get frozen even in the cold winter, and a local legend say a green-haired Rusalka (a mermaid-like demon) became the Green Spring after her father punished her and turned her into the spring because she got married with a local Mari man.

There are a lot of misconceptions about paganism as its often associated with dark magic, but what was the reality like that you witnessed – what kind of rituals did the Mari people practice? And how would you define ‘paganism’?
“First of all, I’m Japanese and I grew up in Japan. The Japanese are quite animistic, although most of the Japanese consider themselves as “not having a religion” (different from atheists, who deny the existence of God), or Buddhists.  Anyway, the Japanese preserved a lot of animistic elements in their culture and mentality; despite that very few people consider themselves animists.  So, culturally, I have nothing against paganism from the beginning.

Mari people are known for practicing prayers in their sacred forests. In the Soviet time, it was banned, but some of them kept the traditions secretly. Then, after the collapse of the Soviet Union, they started organizing the prayers openly again.

Russians in general are very superstitious, but the Mari people tend to be even more superstitious. A lot of them claim they don’t believe in superstition, but the longer you talk to them, the more superstitious stories they talk about. A lot of the Mari people told me about sightings of ghosts and UFOs. They throw salt around the house to rid it of bad souls, for instance. I also heard they set fire to juniper branches in order to cleanse the house with its smoke. I couldn’t photograph those rituals, but they usually do this type of stuff spontaneously, and it was hard to catch.

As for the word paganism, like I said, I personally have nothing against pagans and I use the word neutrally. Also, things are different now. It’s not like the time when you got killed if you were rumoured to practice magic. A century ago or so, paganism may have referred to something negative in Christian-majority countries, but now, there is some Romanticization of paganism.” 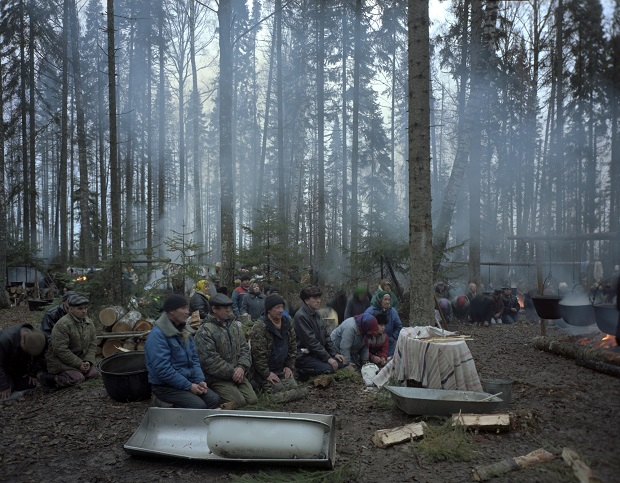 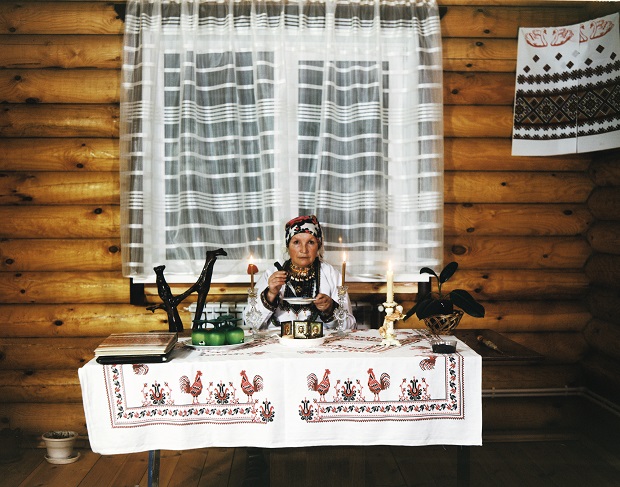 Local healer in the Mari El Republic. She uses “white magic” to do fortune telling and healing.

Considering the Mari people have been dubbed ‘the last pagans of Europe’, how do you see the future looking for them?
“I think this title sounds a bit like Hollywood-like oversimplification. In fact, in addition to the Mari people, there do exist some other Finno-Ugric partly pagan ethnic groups – the Udmurt and Komi people – as well as a Turkic Chuvash people in the area surrounding the Volga region. Yet, after traveling to other regions and talking to people from those areas, it seems like the Mari people have kept the biggest pagan populations in the regions overall.

Compared with other ethnic groups in Russia, such as Tatars and some Caucasians ethnic groups, Mari people tend to be less nationalistic. And due to their appearance, the majority of which isn’t so different from Russians in general, some people don’t insist that they are the Mari, especially when they move to big cities like Moscow, essentially becoming the equivalent of “ethnic Russians” by not declaring their real nationality.

A lot of Mari people, especially younger ones in the city, don’t speak the Mari language. Basically, their identity is absorbed into the mainstream Russian. But, this isn’t new — it occurred in the pre-revolutionary era and Soviet era, and in fact, a lot of Russians actually have relatives of non-Russians, including Mari.

Moreover, the area isn’t very prosperous, and young people often leave for better jobs. So, the Mari people are a little concerned about the future of the Mari as an ethnic group. Even for Russian-speaking Mari people, it would apparently be more practical to spend their time learning English rather than the Mari language, which is true of many ethnic minorities in the post-Soviet regions. So, in some ways, globalization is another big factor prompting the weakening of ethnic identities of minorities.

While the Mari people might be heading towards the total assimilation with Russians, they might also manage to quietly preserve their identity and tradition. Mari’s population is not that low — more than 500,000 in Russia – which is not a bad number to preserve the culture and language.” 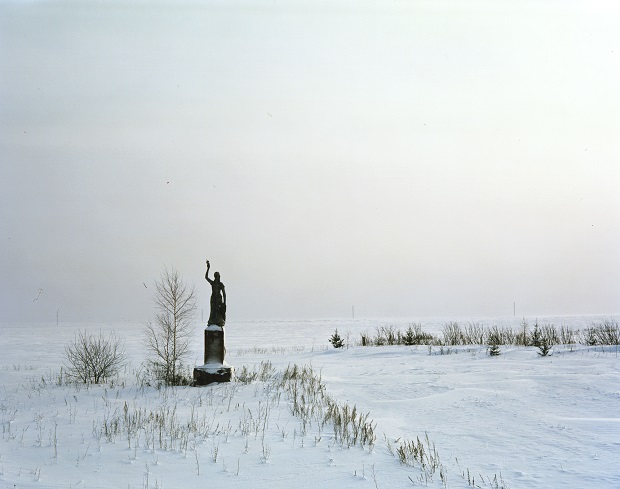 Statue in the snow field in the Mari El Republic.

If you were to tell us about one experience you took away from your time in the Mari El Republic, what would it be?
“I once visited a local artist in a remote village in Mari El. It’s surrounded by snow; a quiet isolated place.  This guy in his 50s or so told me that he is a Soviet person, communist and atheist, and that he is not superstitious and hates this type of stuff. He makes wooden sculptures, including the skeleton in one of the pictures (below).  But, after a while, he started talking about a superstitious experience he had. Then, as I was about to leave the village, he suddenly touched my forehead, stared at my eyes and said out of the blue: “You’ll never get married, you will never have children. Just forget about it.” Basically, he improvised a fortune-telling and gave me a pretty bad result even though I never asked him to do so. Strange things like this happen in Mari El often.” 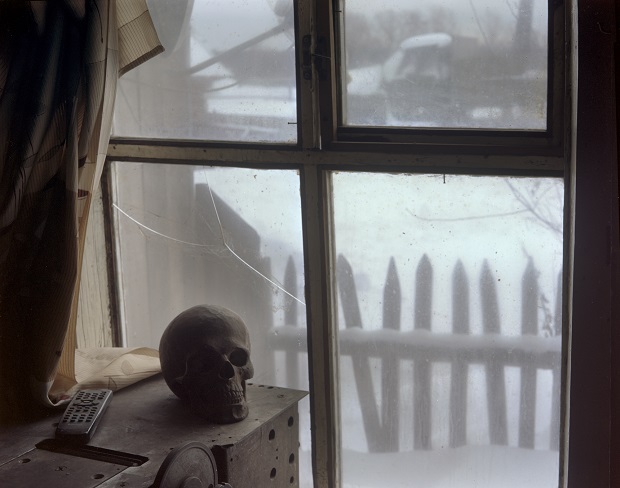 Sculpture of Skelton at a local artist’s house in a village in the Mari El Republic. 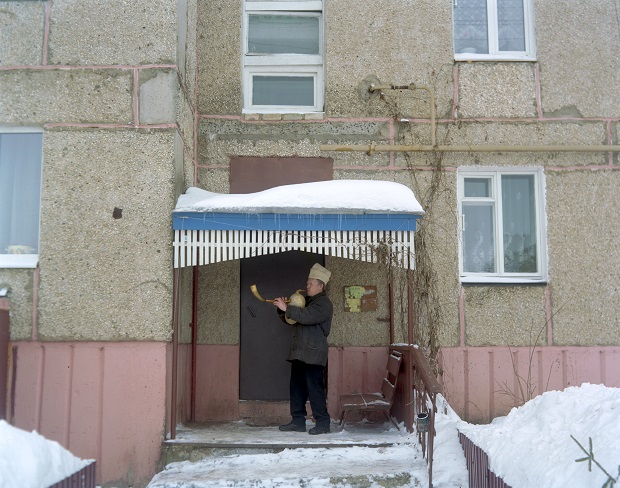 Mari Priest was photographed with a traditional musical instrument near his apartment built in the Soviet era. The Mari’s pagan rituals were banned during the Soviet time, but some locals secretly continued at home and the sacred groves. Their rituals started taking place again officially after the collapse of the Soviet Union. 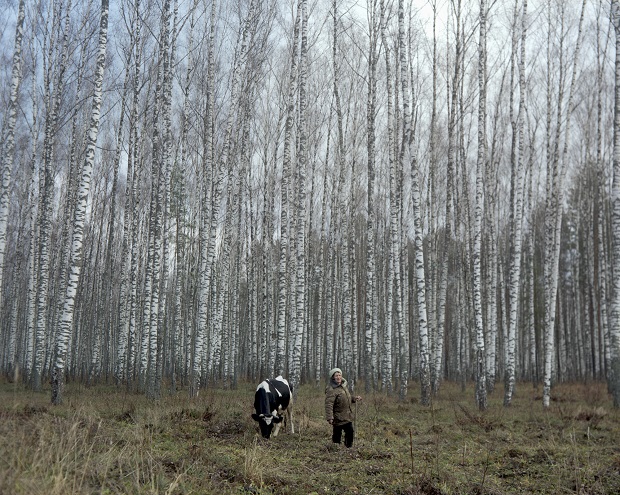 Woman walks with her cow in the birch forest in the village Ilet in the Mari El Republic.