A Death Photographer on the Sacred River Ganges 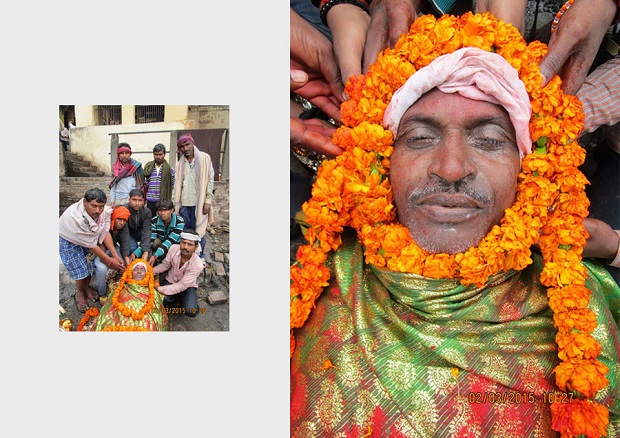 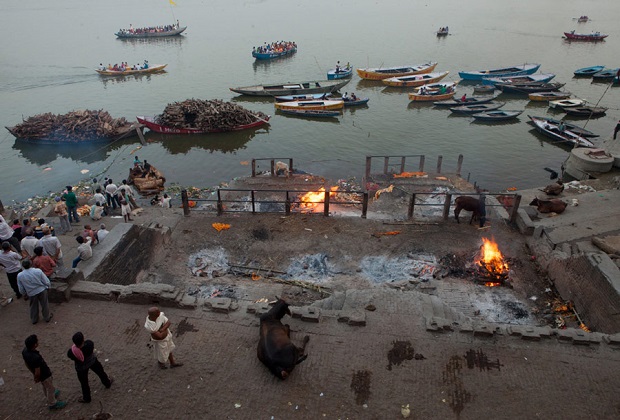 The expression “when one door closes, another opens” seems apt when Italian photographer Matteo de Mayda recounts the tale of how this series began. When a project to photograph India’s bicycle inventors fell through at the very last moment, de Mayda found himself in Bombay desperate for a story. By chance, he stumbled across a local video report on the death photographers of Varanasi. On hearing the report, De Mayda wasted no time and caught a 30-hour third class train to the holy city.

After spending a few days in the city, he located around 5-6 death photographers but they were all reluctant to be photographed. However, there was one photographer who was open to the project. De Mayda met Indra Kumar Jha in his street shop situated in front of the Manikarnika Ghat, the primary cremation ghat in Varanasi. Indra, who lives and works on the sacred River Ganges – where approximately 300 bodies are cremated daily – says he likes the job because he has no manager and can earn anywhere between 1,500 – 2,500 rupees ($22-37) per day. Marketing himself as a wedding and birthday photographer, Indra avoids the social stigma attached to his job. In India, the photos serve not only as an enduring memory of the loved one for families, but also as a kind of death certificate to prove the family member is dead. 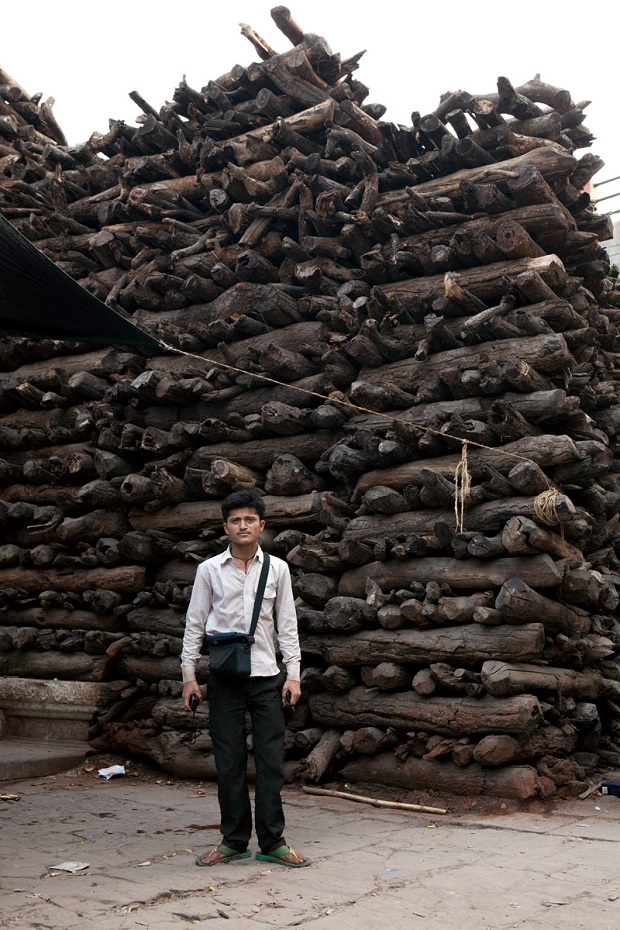 “The initial idea was just to photograph Indra at work, but when I saw the prints on the wall of his shop I realized they were more interesting,” explains de Mayda. “I was fascinated by the consistency of Indra’s work. A professional photographer takes years of experience, exhibitions and analysis to reach such precision. Indra achieved that because of necessity, and without any artistic ambition or project concept; a sort of unconscious wisdom.”

So it was that “Sleeping Beauty” became more than a project purely focused on Indra at work. Instead, it became a collaboration, with Indra giving de Mayda permission to use his pictures. In addition to Indra’s images of the dead, de Mayda photographed objects significant to the Hindu rituals. “I wanted to give an interpretation to the elements in the portraits by Indra,” he says, “so I decided to improvise a street photography set, with a bed sheet, to shoot some still lives of the main objects used during the Hindu rituals in the crematorium, each of which tells a little more about the portrayed person.” 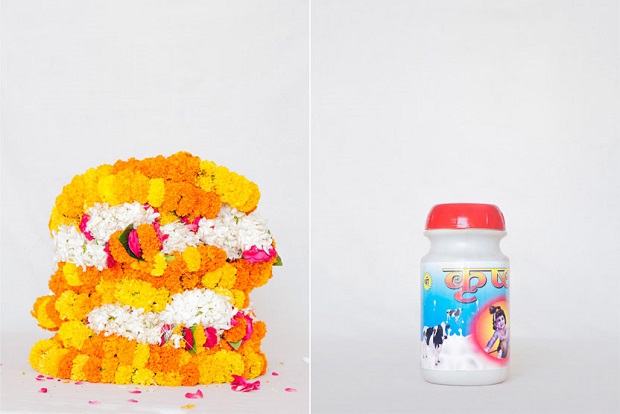 Below, de Mayda details some of the uses of these objects: 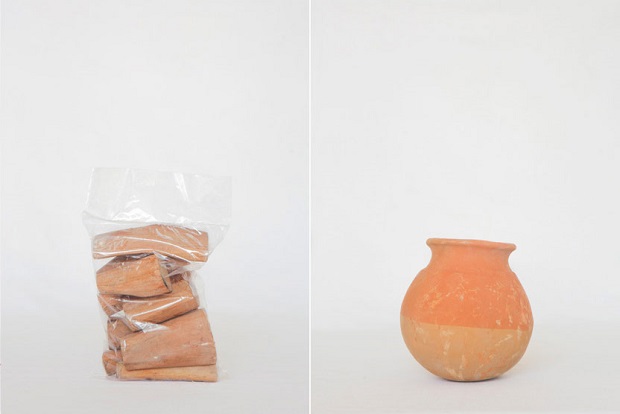 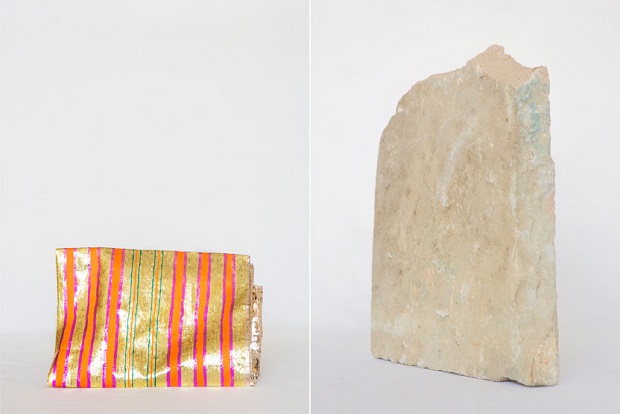 Although he has tried a participatory approach to photography in the past, this was the first time de Mayda worked with another photographer on the same project. He says, “I believe a successful collaborative project means having a collective goal of individual growth, which inevitably elevates and improves all involved.”

“To me,” says de Mayda, “these portraits don’t express the sadness or the decay of the body, nor the end of life itself, but mostly the celebration of something that deals with life and with a sort of beauty.” 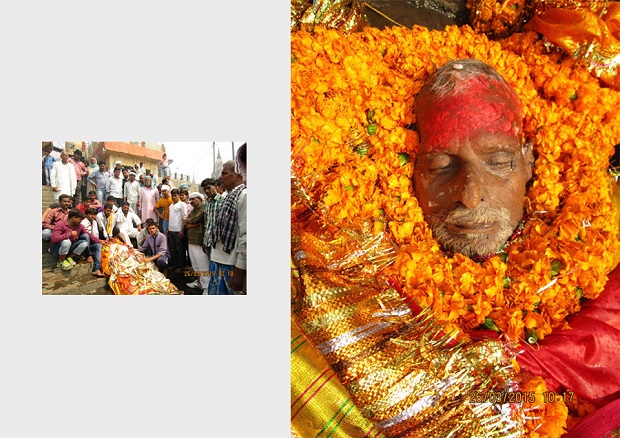 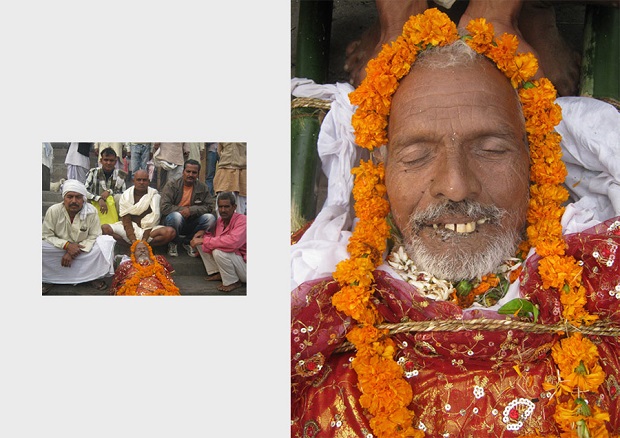 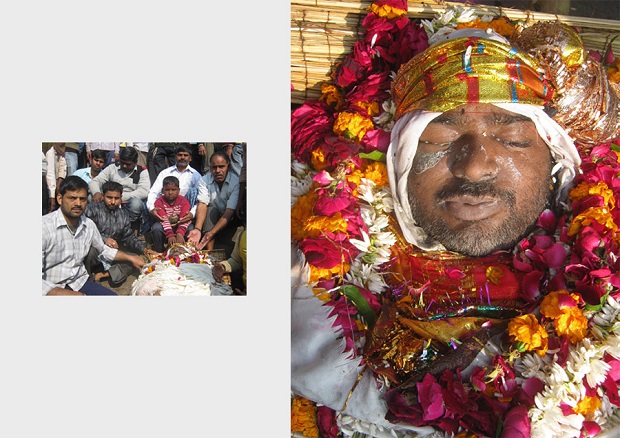 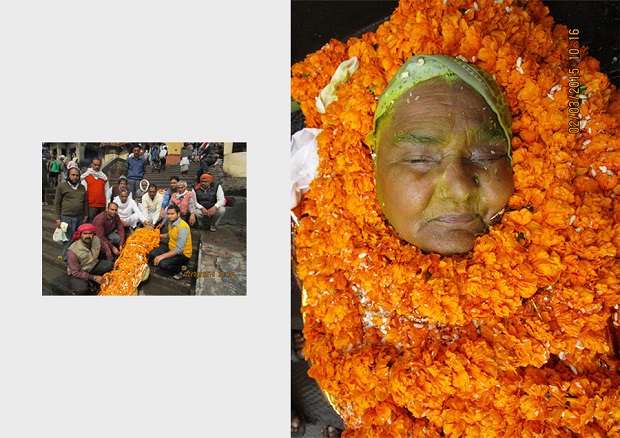 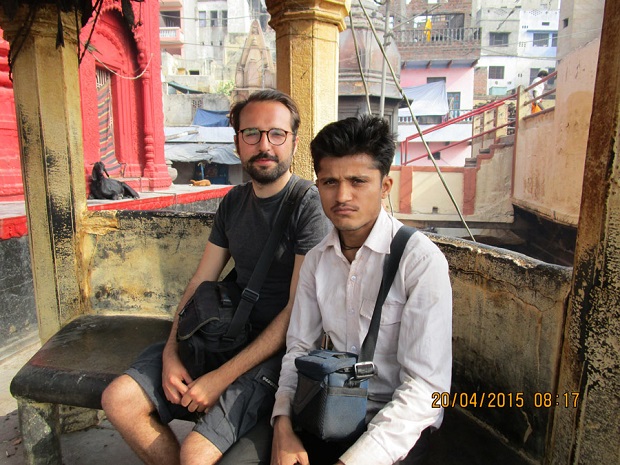