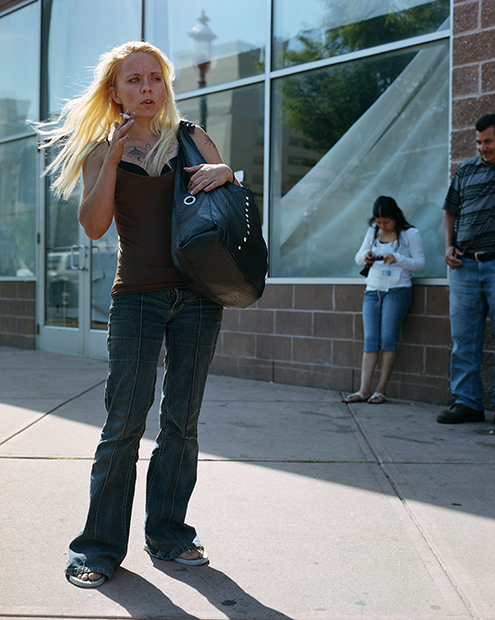 Long distance bus journeys can be dull. Full of people waiting to get to their destination, with rest stops at small, depressing service stations and food courts, buses move slowly across the landscape, night and day. The buses themselves are conspicuously absent from Dan Gemkow’s project In Transit, however. The series focusses on the various characters that find themselves on these buses, standing or sitting at stops in contemplative stances. The photographer waited for a moment in which all means of distraction had been exhausted, the boredom necessitating an instance of reflection, and asked to photograph his subjects where they were, undistracted and pensive.

Shot on film, Gemkow’s photographs are simple, with a calm, meditative quality that belies the sense of stress and boredom that bus travel can create. His subjects are different ages, genders, ethnicities, with the journey itself being the principle linking them all; some carry heavy luggage, others seem to have very little. Gemkow approaches each subject with the same sensitivity, however unusual their appearance (a heavily-tattooed and snowy-haired old man is presented with as much candour as an unassuming young woman clutching a reindeer balloon, for example). The colours are warm, and the tones gentle: Gemkow invites us into this quiet, liminal space, allowing the viewer a moment of reflection as though we are the ones to find ourselves on a long journey. 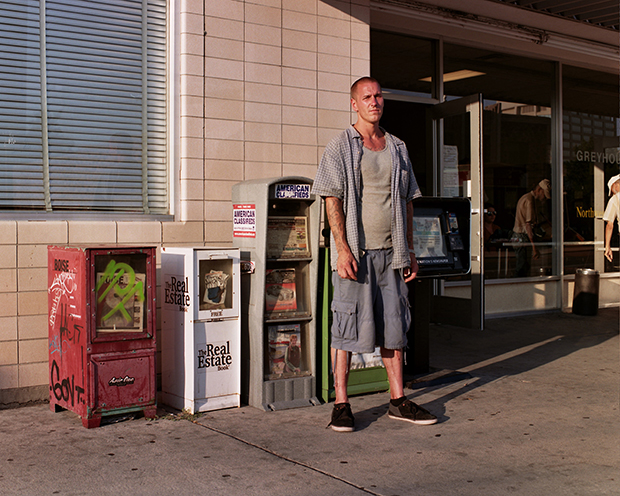 What was your initial inspiration for In Transit?
I used to take buses when I was in college to get home and to visit friends. I learned very quickly that a trip by bus took a lot of time with many stops in every city on the way. At times, layovers can be very long in somewhat uncomfortable conditions. When I started working as a photographer, I thought a series of photographs about bus travel would be really interesting. Eventually, I just bought a pass and started making the pictures. 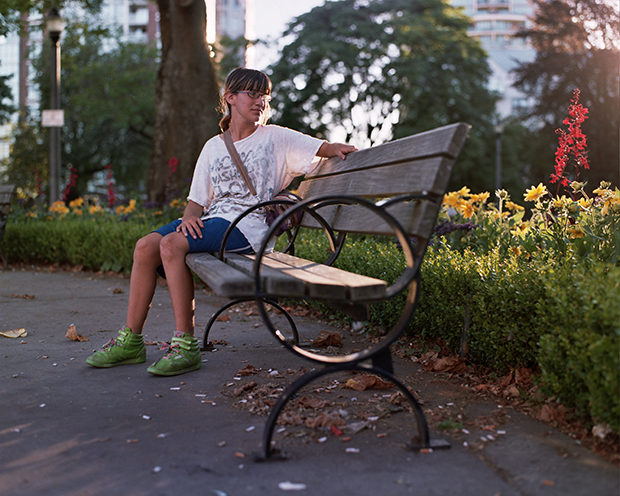 What kinds of relationships did you form with your subjects? Are you still in contact with any of them?
Most of the people I met were also traveling and we often crossed paths while the other was arriving or preparing to depart, so I didn’t have much time. However, I always have a conversation and sometimes exchange email addresses and websites with those whom I photograph. I have even sent portraits to a few. In Minneapolis, Minnesota, I met a guy named Raud and we actually went and had a beer while we were on a layover. We had the same bus and rode to South Dakota together. He and I exchanged phone numbers and have randomly checked in with each other. In Townsville, Queensland, I met a gentleman named Takemi. He was heading back to Fukushima. Takemi was a rice farmer and was there during the triple disaster (earthquake, tsunami, and nuclear meltdown). He moved to Australia shortly after he had lost nearly everything. When I met him, he was waiting for a bus to the airport so he could fly back to Fukushima for the first time since the tragedy. I am going to send him a print when I get my film developed. 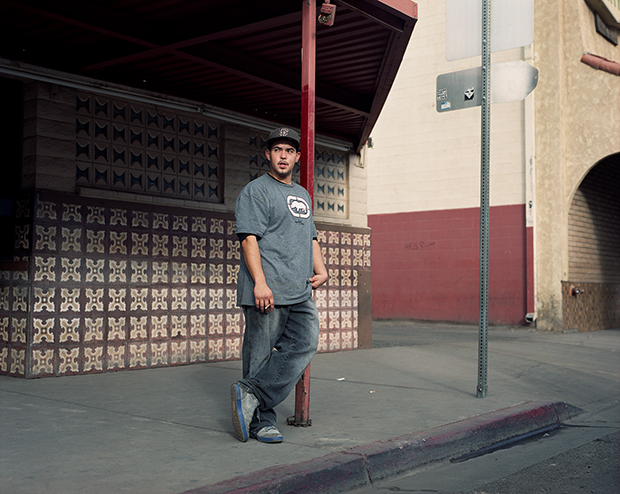 What is your photographic process?
I have used my Pentax 6×7 film camera with a 90mm lens to make this project. I really like the portability and quick set up of that system. It is a great camera and ideal for this type of travel.
The pictures are not planned or staged. I meet fellow passengers on a bus or at a station and ask if I can take their portrait. Once they agree, I shoot each one in a pretty straightforward way.
I sometimes give slight directions that usually have to do with lighting issues, but mostly I try to work within the situation as I find it. 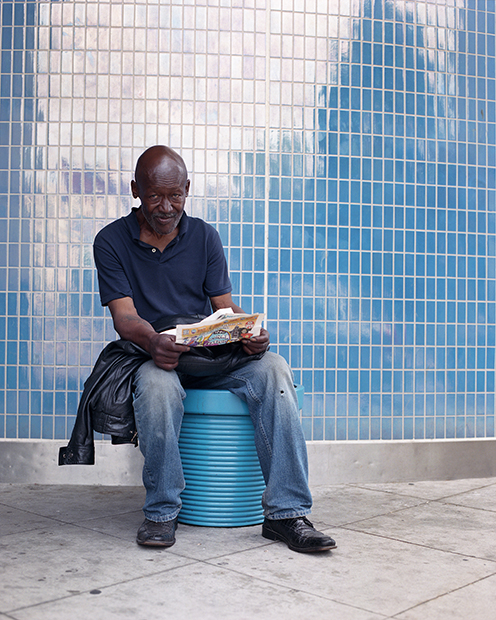 Do you hope to transmit a particular message with the project or is it purely documentary?
While I shoot the project in the documentary style, I definitely select the subjects and situations that best describe the long and sometimes exhausting experience. On every trip I hear multiple people say they would have taken a flight if they could have afforded a ticket, so I believe there is definitely a socio-economic relationship associated with bus travel. I think the pictures capture and convey some of that. 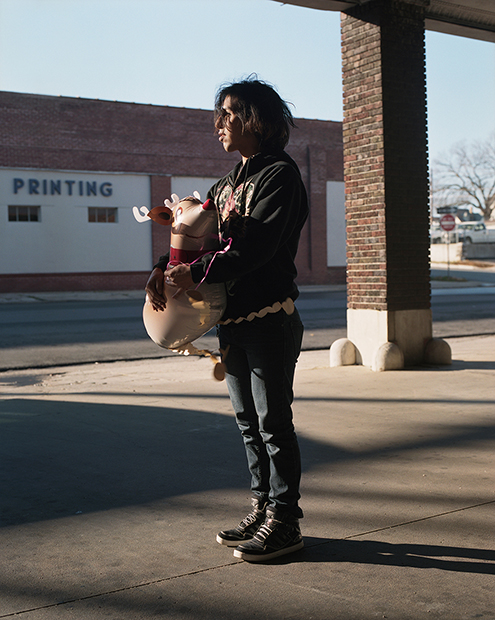 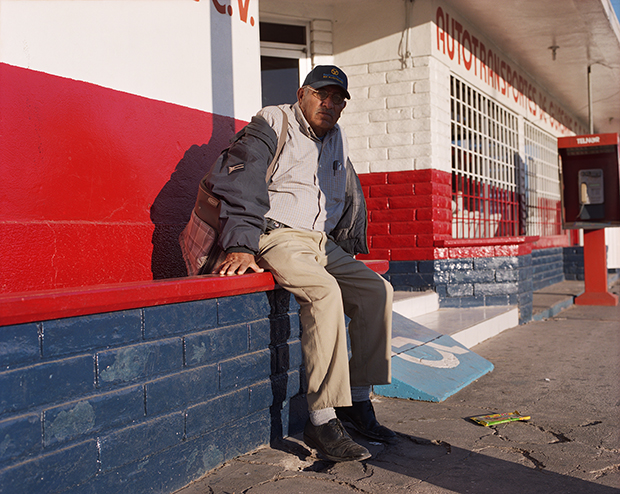 What were your aesthetic inspirations or cues?
I look for a traveler who is sitting on a bench or leaning on a wall in an unfamiliar place and most importantly, not on a device. It is in these moments when a person is simply waiting that they begin to show, and sometimes wear, the endurance needed for a multiple day bus trip. 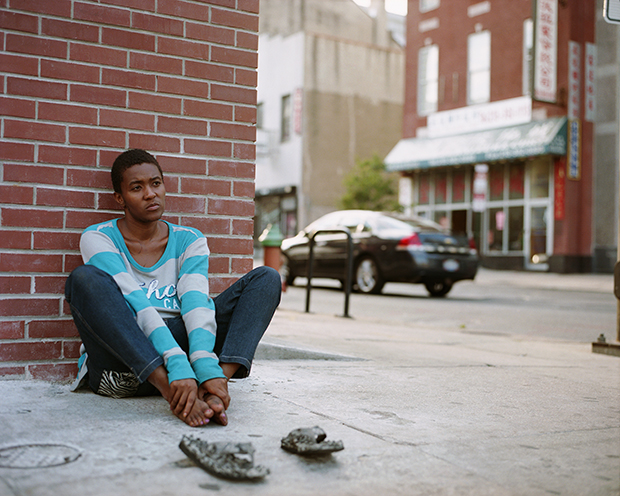 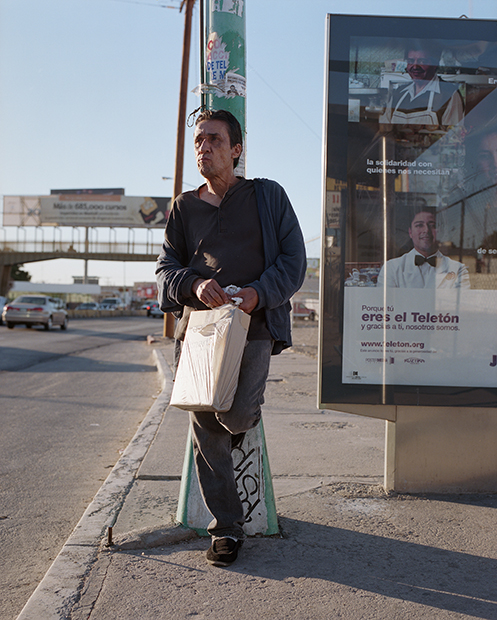 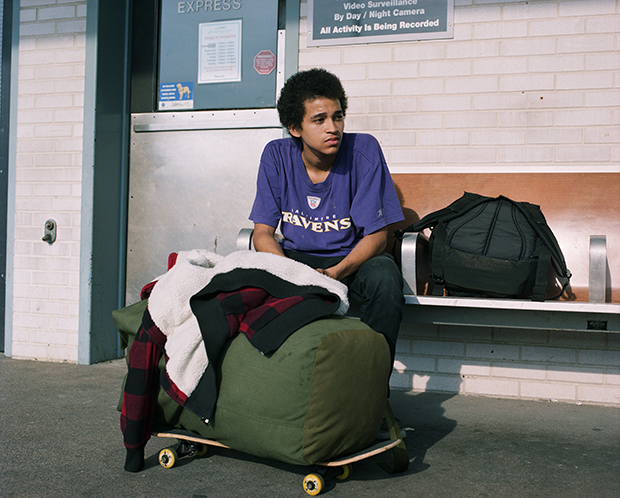 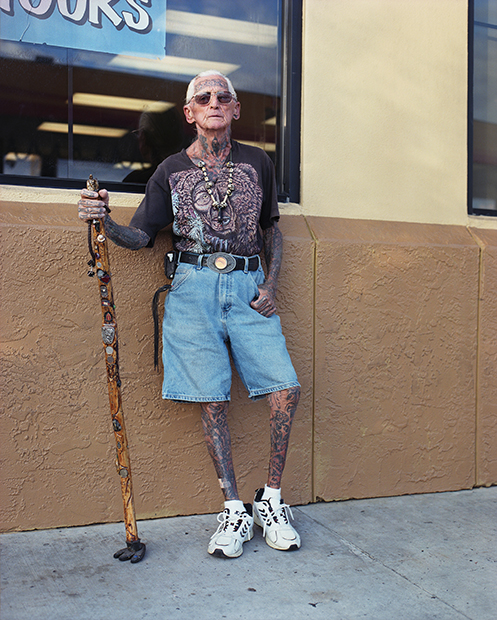 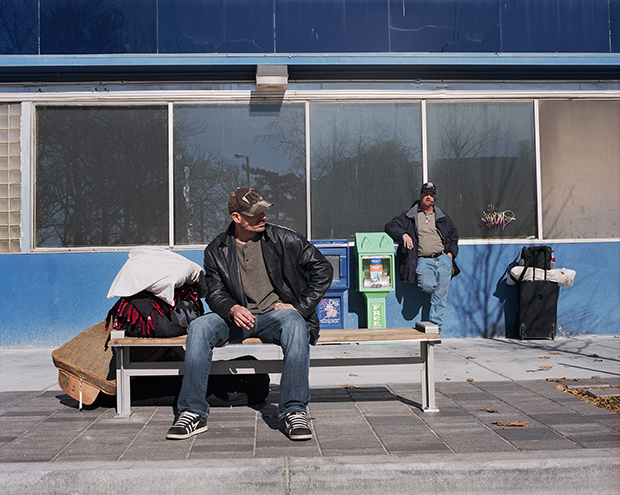 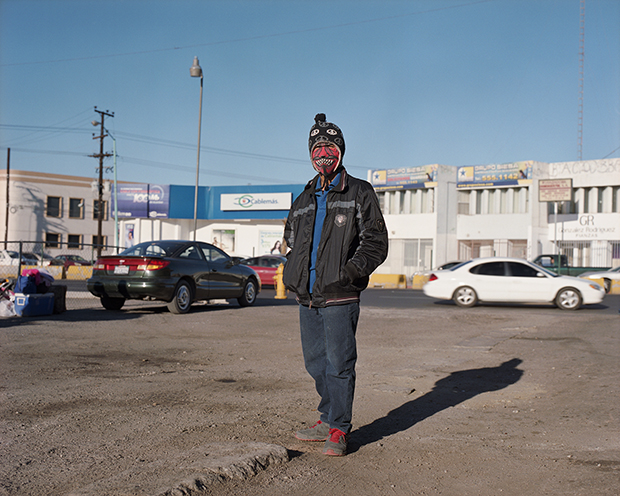 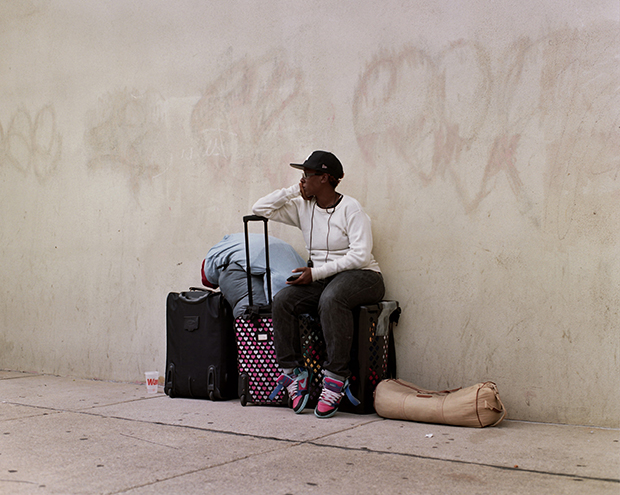