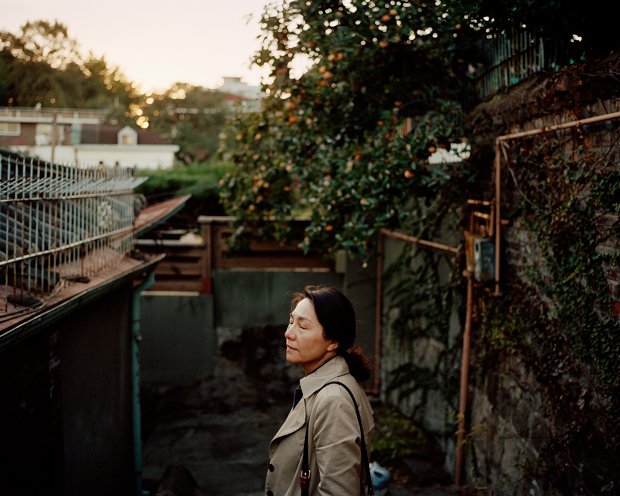 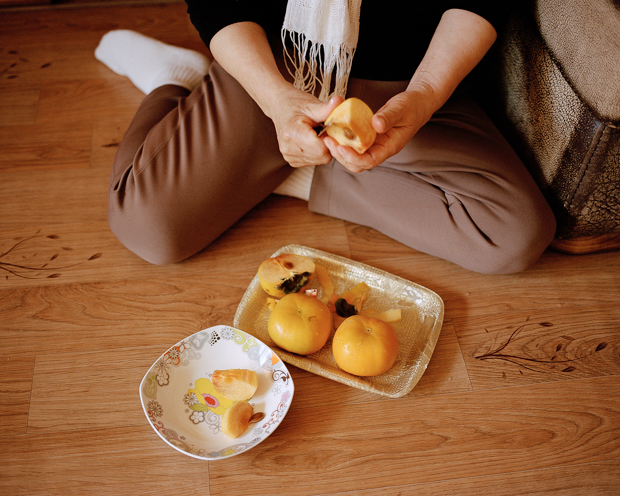 Janice Chung is a Korean-American photographer who was raised in Queens, New York. She was brought up in a large Korean-American community, and notes her influence by the culture: “I learned to show respect for my elders and grew a desire to support my family.” However, her chosen path was different from the accepted narrative of her community: she became an artist.

Please Come Back Soon is a project about Chung’s mother’s return visit to Korea, with Chung documenting the experience and the gathering up of memories that took place. Full of warm, golden tones, the mood is nostalgic. Chung demonstrates the customs and rhythms of life in her grandparents’ house, including the food, the chores, and the relationships in the household. Portraits of family members are interspersed with broader shots of the Korean landscape, the backdrop to the two women’s personal exploration: a culture which, for Chung’s mother, had the strange familiarity of a former life, but for Chung had the strangeness of the new. Her pictures are quietly intimate, her sensitivity apparent in every frame.

Today, the decision to become an artist is becoming more common within Asian American communities, but Chung’s family have occasionally asked why she didn’t pursue a more financially stable career. Despite this, she says “I have to thank my parents, who’ve worked so hard for me so that I can pursue my dreams.” 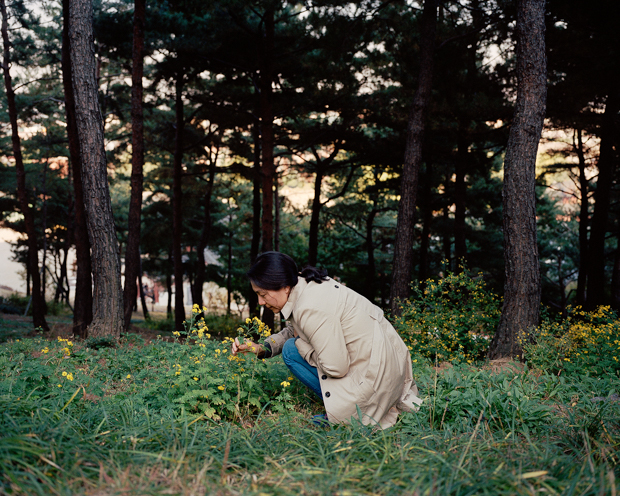 Who or what inspired the photo series?
The series became about my mother’s reconnection with her family after many years of separation. My mother immigrated to New York with my father in 1989 to start a new life and to raise her children. Since then, she’s only visited Korea once after I was born.

Growing up, my mother rarely talked about her family in Korea and it was almost as if she didn’t have any siblings or parents. It never occurred to me that she had a completely different life before she moved to New York and had children. When I went to Korea for the first time two years ago, I witnessed a side of my mom that I’d never seen. To me, she was my mom and nothing else, but in Korea, she was a daughter to her parents and an older sister to her brothers. During our two-month stay, I realized that she was just like me at one point in her life – young, naive, and full of ambition and dreams. My mom would take me to various parts of Seoul where she used to hang out as a young girl. We would eat street food, such as dukbokki and kimbap, and she would tell me stories about how much she loved eating these things right after school with her friends. There was something bittersweet about seeing my mom relive parts of her past. 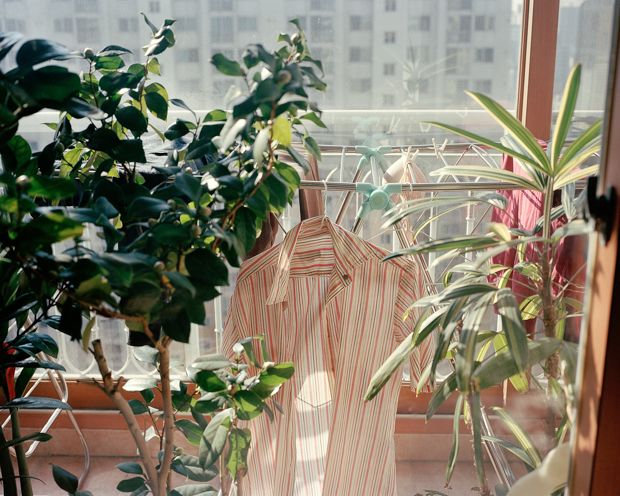 What is your photographic process?
I used my Mamiya II film camera for this entire series. It’s hard to say how much I spent on each image. The photographs are all spontaneous. Sometimes I would see a moment and ask my subject to pause and redo what he or she just did or sometimes I would ask my subjects to pose. I like to go about my days and be inspired by what’s around me and by the natural light. 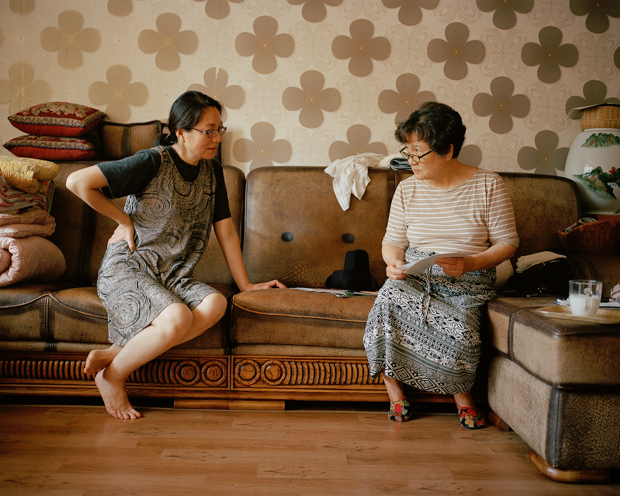 How long did you spend on the project?
I spent two months shooting and a very long time scanning and editing my negatives. I came back to New York with a lot of film, so it took me awhile to get through them. 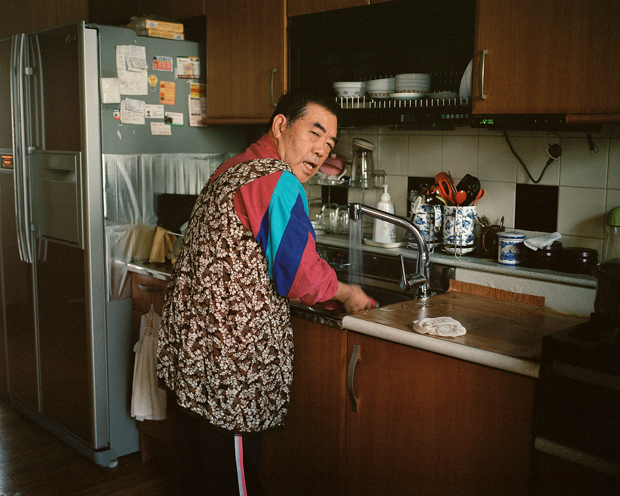 Are you hoping to transmit any particular message with the work?
My work touches upon cultural displacement and the longing to be together. I think about my parents, who immigrated from Korea to America,and how afraid or nervous they might have been to start a new life at such a young age. It takes a lot of courage to leave the only home you ever knew to start afresh in a foreign country. I think it was especially challenging for my mother, whose entire family remained in Korea while she was in New York. I can’t imagine the kind of yearning she might have felt to be with her family. I wonder if, over time, she grew numb to that feeling since she wasn’t able to travel to Korea often.

For me, photographing my family became a form of therapy and a way to reconcile some of the issues and tensions I began to see in my family as I matured. My work is also a constant reminder of what’s important and valuable. No matter where I end up, I always want to remember my roots and the sacrifice my parents made for their children. 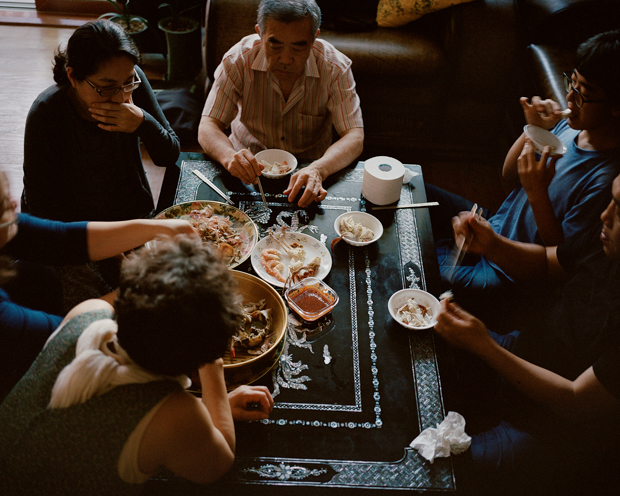 Did the project change your relationships with the subjects, your family, at all? How so? What was their involvement like throughout?
Please Come Back Soon is a series that explores my first experience traveling to the motherland two years ago. It was basically the first time I met my mother’s entire family. I felt very much at home while living with them for two months despite the cultural and language barriers. Initially, I felt a lot of shame and embarrassment because of my poor ability to talk with my family but over time, I found myself able to read and speak Korean more fluently.

Sometimes, I would photograph my grandmother while she was doing routine household chores or while she was eating or watching TV. The attention I gave to her during these rather mundane moments helped me grow closer to her. It made her feel important and it showed that I valued her and wanted to connect with her. It was the same with my grandfather. I also photographed my mom a lot with my grandmother and I saw their bashful attempts to be affectionate with one another. You could tell in the beginning that when they would link arms or touch, it was awkward and even forced, but it didn’t take too much time for them to get used to it.

My grandma would often complain and nag to me about how I should have pursued a “normal” career. She worries a lot about my financial security and health, and how I’ll be able to support my parents with the career I chose. But the more I began to photograph her, the more interesting the portraits would become as she grew more relaxed in front of the lens, despite her concern for me. I think it was just fun for her to be in the spotlight for once, especially because there isn’t much going on with her day-to-day life.

By the end of the trip, I remember playing Korean card games with my grandparents, uncle, and cousin and being my completely uninhibited, loud, goofy self. It was a rare moment for all of us to be together, laughing and giggling, losing all sense of formality and just being family. 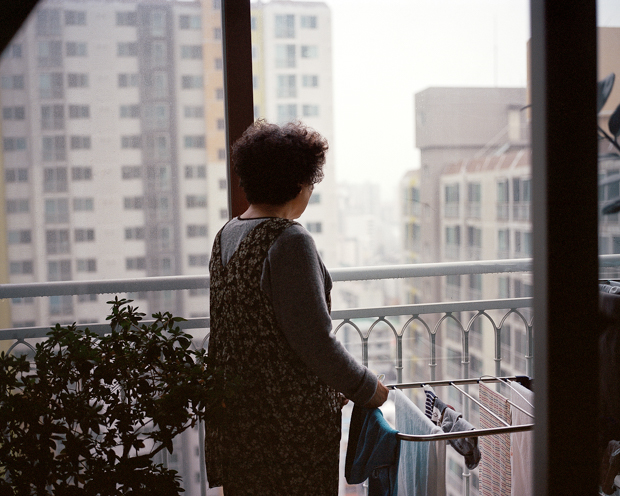 Why photography? What do you like about the medium?
There was no defining moment when I felt a strong desire to be a photographer, but it was more a collection of experiences and emotions that influenced me. I grew up in a home where we didn’t exchange many words over the dinner table. We ate really fast and then moved on to the next activity. In a way, picture making became my tool of expression since I didn’t have much practice with words. When I first started photographing, I saw the power of how photos and imagery could transform a small idea and validate it and bring meaning to it. Perhaps that may be the reason why I began photographing my family: I wanted to acknowledge them instead of looking the other way. When pointing my lens at the closest, most intimate parts of my life, I’m forcing myself to confront reality. 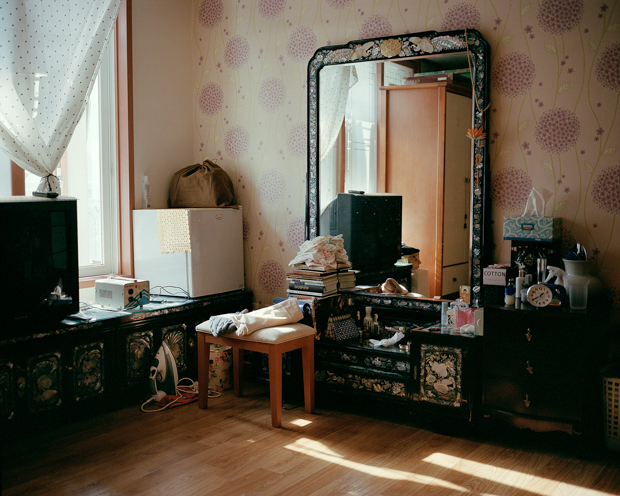 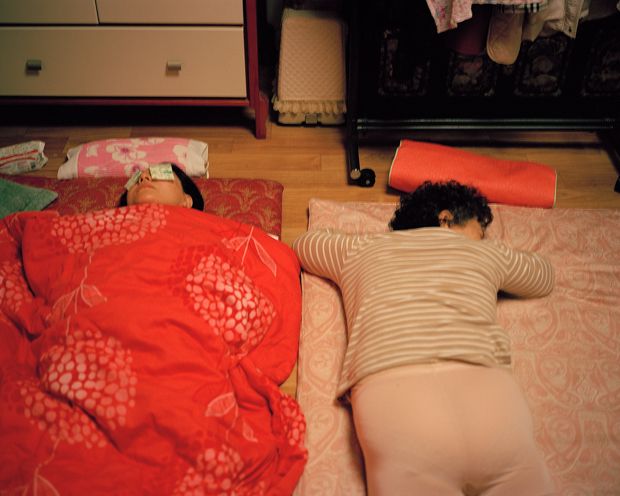 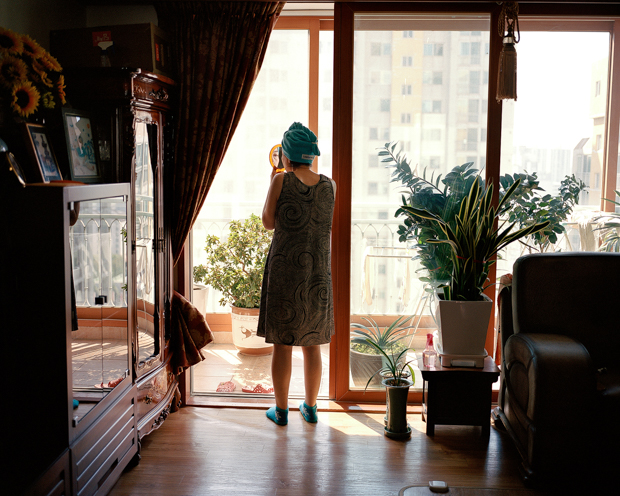 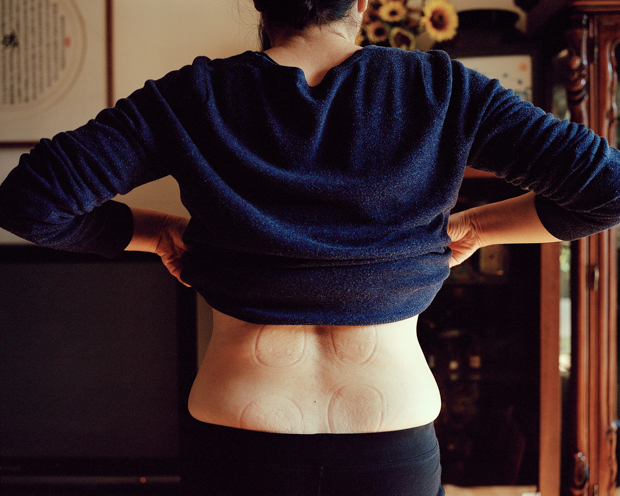 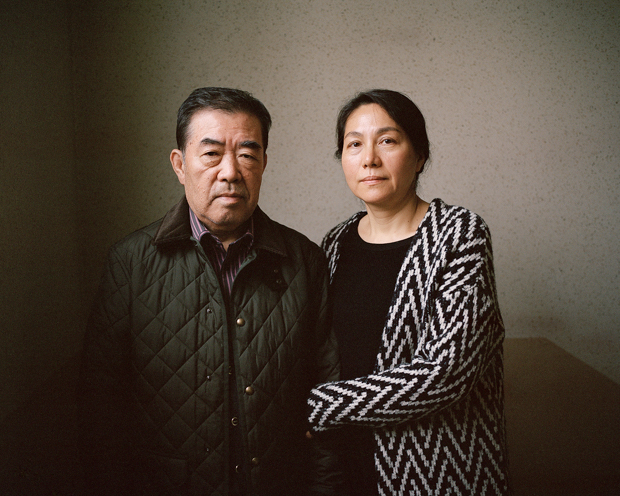 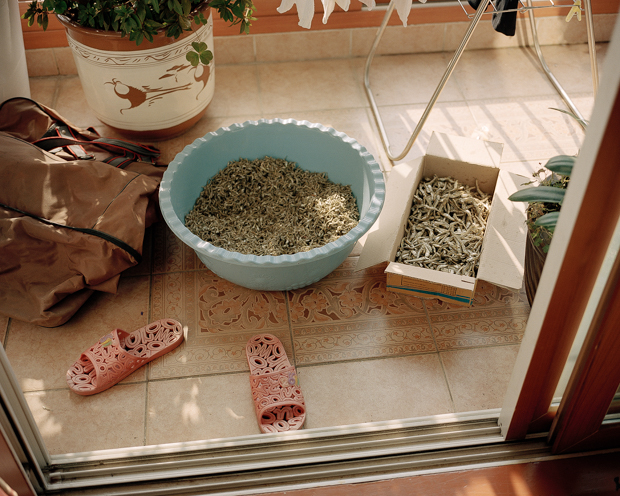 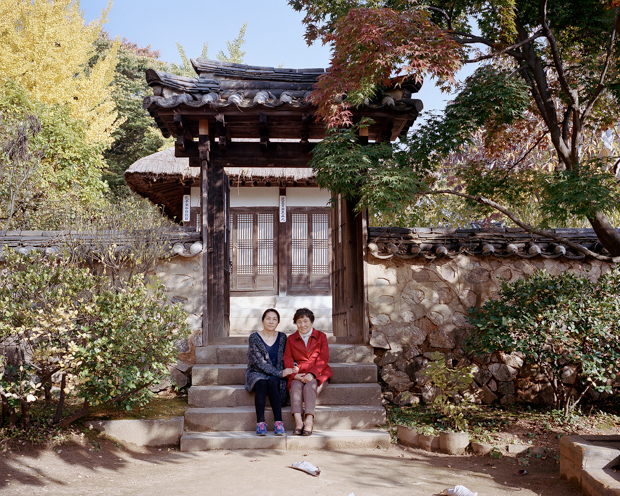