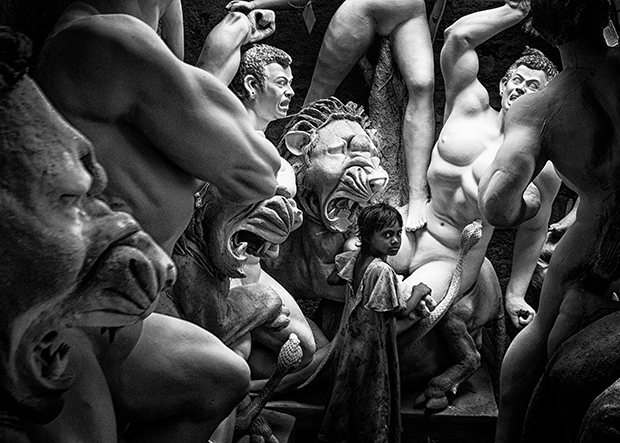 The teachings of total dependency on Gods are incorporated from the very early stages of childhood. But they are more prone to make someone God-fearing rather than God-loving. 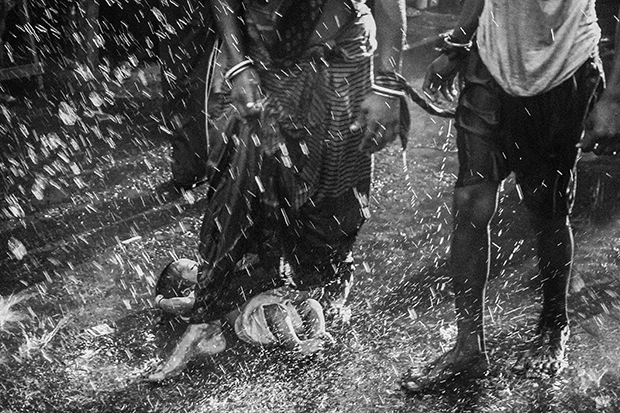 In another one of those superstitious rituals, a mother is told to walk over her child lying in a pool of water on the bare road to bring well being to the child.

For centuries now, Goddess Sitala is worshipped across India and believed to cure fever and such, she is also referred to as the Smallpox Goddess. She is said to have emerged in medical texts around the sixteenth century. The Kolkata-based photographer, Arka Dutta, however, sees through this deity, her followers and their rituals.

In his photographic series titled, Eve Was Framed, Dutta illustrates the dilemma of faith in Hindu rituals and their gravity on the women who follow these notions. For him, “women receive conflicting messages of newly forged opportunities restricted by religious law and economic insecurity. Because of this, women often feel failed by modernization and find a return to traditional religious shelters and keep following useless rituals.”

Dutta began this work in 2012 when he photographed a festival called Dandi in Kolkata, where Goddess Sitala is worshipped. Women bathe in the Ganges and crawl towards the temple, at times walking over their babies or children as a part of the ritual. He wrote to me, “it is believed that if [the] Goddess is pleased she will possess a participant woman. Over years it has now become a practice to drug a woman and her unnatural behaviors thereafter is portrayed as the possession.” The photographs in this series are a witness to moments of these rituals in a stark black and white portrayal. There is a theatrical under-current to Dutta’s work, which might characterize his view of the untrue, stage-like nature of these acts in which women are rendered powerless yet fervent in their devotion.

At the age of 15, Arka Dutta would make photographs with his father’s Pentax. He abandoned the camera to study and became a mechanical engineer. A few years later, he was inspired by the work of the Brazilian social documentary photographer, Sebastião Salgado, and he found his love for photography once again. Between work and other things, Dutta makes photographs to act as a witness to society, aiming to highlight issues such as this. 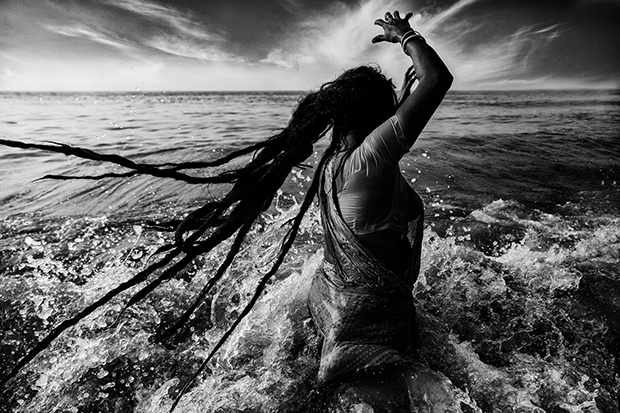 Religious and superstitious beliefs run far back in time that many women actually hold these beliefs true and maybe even find a sort of self-esteem that they can only gain from society through rituals, like keeping long, uncut hair. 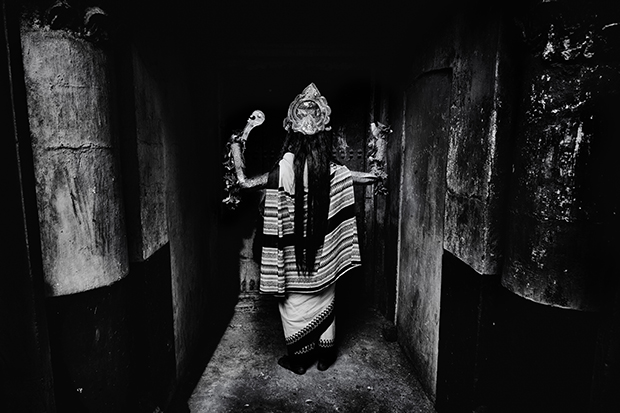 If the Goddess would have actually reacted to these rituals, she surely would have turned her back on them. 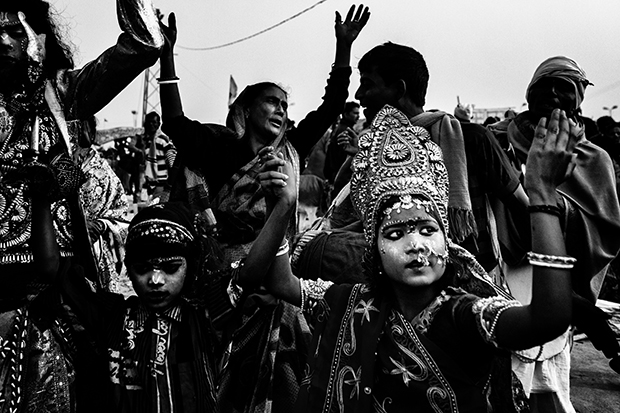 A young girl participates in the holy Ganga Sagar festival dressed up as a Goddess. She traveled 180 KM from her village to attend this occasion and was told that this custom was more important than her annual exams, which were due in 5 days’ time. 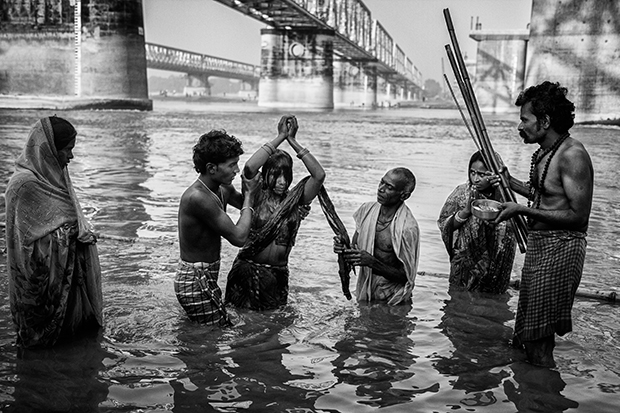 Another instance of an exorcism where the husband believes his wife’s epilepsy is caused by possession. 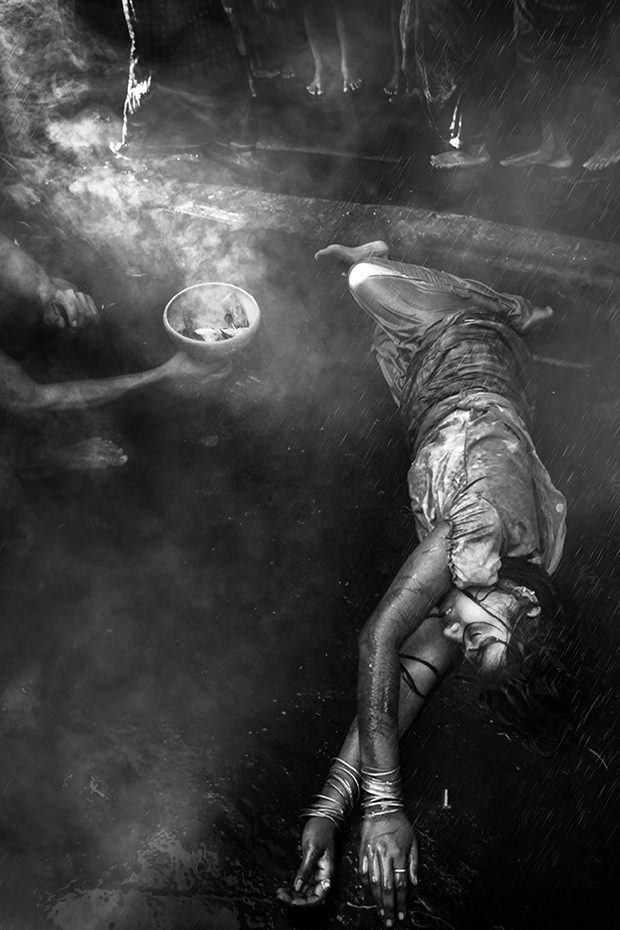 Like Dandi, there are a number of other events where women are drugged and then worshipped to appease one’s belief, without care for the woman’s plight or modesty. It is sad to see people when violate the rights of a woman and at the same time hold her as the symbol of a Goddess and worship her. 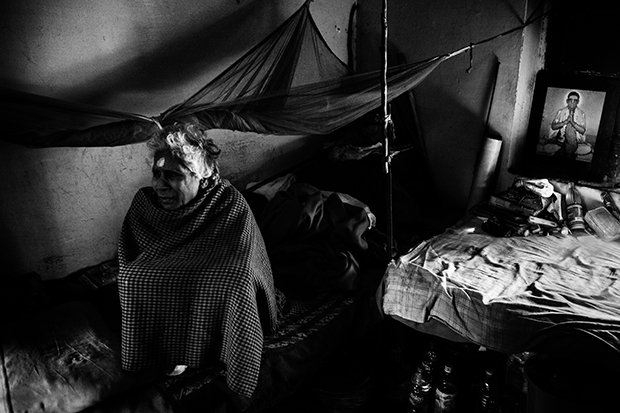 Even after leading such a life dedicated to religion and practicing numerous rituals for the well-being of her family, many women are left at widow shelters (ashrams) at the old age. Maybe she has every right to look away from the picture of her religious guru. 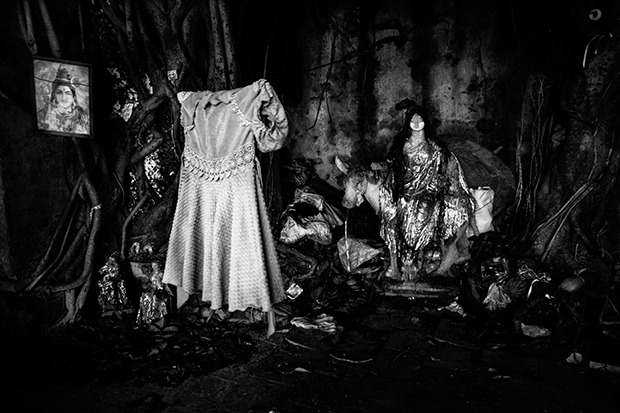 Hundreds of young girls from villages go missing every year. The statistics from my state West Bengal alone is alarming. In a latest of such incidents, 10 girls went missing during a religious trip.