A Look Inside the Maria Lionza Gathering in the Venzuelan Jungle 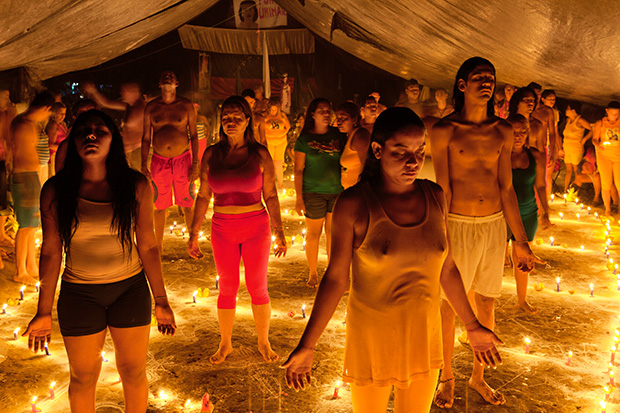 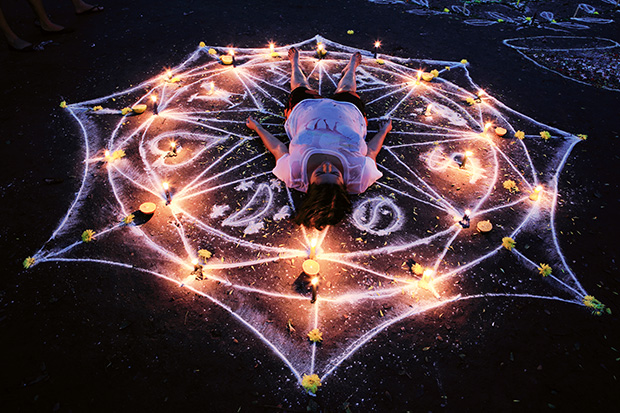 In the jungle heart of northern Venezuela, an annual pilgrimage takes place in which gatherers converge to honour their Queen, Maria Lionza. Pilgrims come from all over to seek spiritual guidance and wisdom in the ethereal backdrop of the jungle. Drawn in by this ritual from the moment he discovered it, Oregon-based photographer Troi Anderson attended various gatherings over the years to uncover a practice that has long been regarded as a cult, but is becoming moderately more mainstream. We talk to the photographer to find out more about his series, Espiritismo: Theater and Trance. 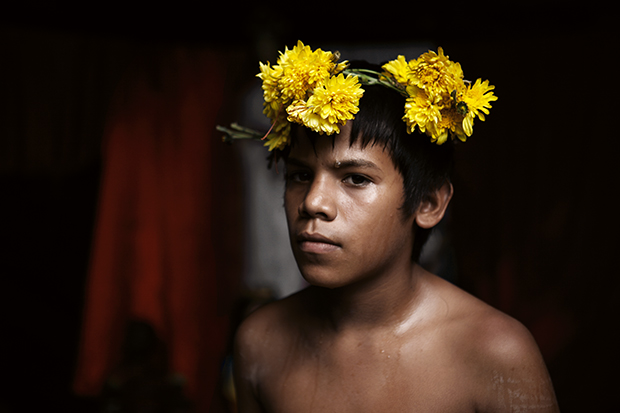 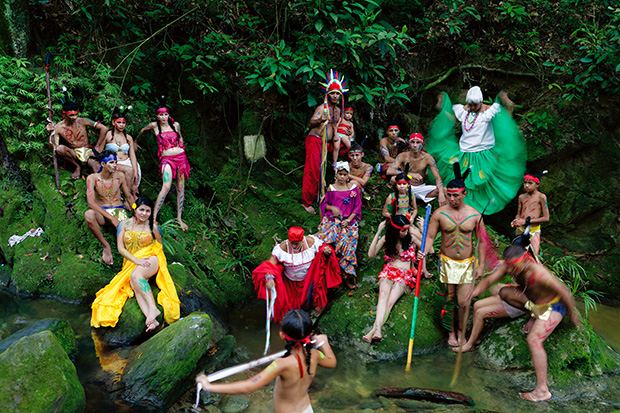 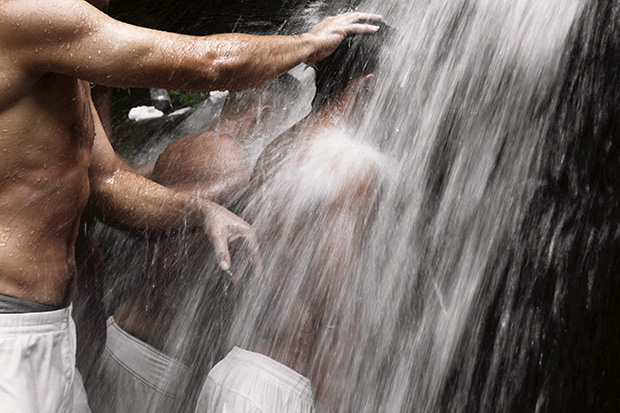 What topics do you usually cover in your work, or what themes interest you specifically?
“Photography works for me in a similar fashion as film making does for Kenneth Anger. It is a ritualistic act, an impoverished, contemporary way of trying to draw through the camera lens, vision or epiphany. I come from a secular, techno-Utopian culture. There is no belief in anything beyond the computer screens esoteric light. The world has become number, zeros and ones. This kind of reductive imagination leads to an eventual insanity, and so my interest is whatever exists outside this frame of mind. In places like Venezuela and Haiti, there is still some ancient remnant of revolt. Direct, unfiltered incarnation of the unconscious through ceremony and rite is produced for a theater of the sacred. It is a Night language by which they say the spirits speak. The camera allows me, as an outsider, to enter and study this art.”

Where did you first discover the practice of Espiritismo? Can you give a little background as to what it is?
“I first learned of it while working in Haiti. Espiritismo is a kind of shutting down of the left hemisphere of the brain. It is the creative, primordial urge that produces hallucinations that are mythic in nature, regenerative in function. One example is the oracle. This consists of an elaborate chalk drawing that serves as a focal point of energies between the cosmos and the earth. The participant is placed within the oracle and these spiritual energies enter the body through trance possession. Prophetic vision, healing attributes, catharsis, are all possible once the spirit takes hold of the participant.” 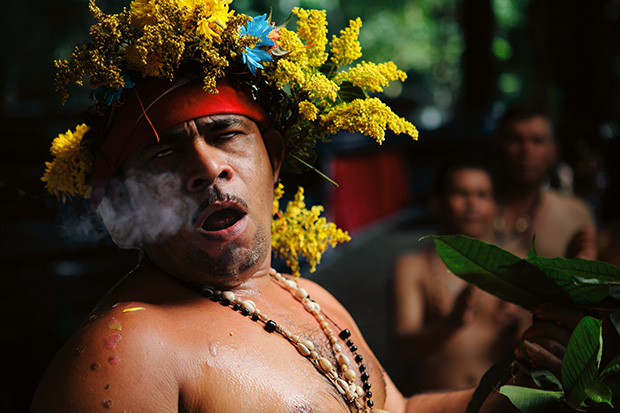 How long did you spend photographing for this project, and what kind of rituals did you witness?
“I’ve spent a number of weeks during different years following the pilgrimage of Maria Lionza. This particular gathering is unique in that there is no hierarchy except within individual groups. The Marialionceras, as they call themselves, are therefore free to perform and create their own tradition and ceremony. It is very circuslike, very Felliniesque. The rituals are defined by the needs of the group and administered by the “Banco”, a medium between the spirit world and his caravan. The Banco is responsible for the revelation of the Mysteries, as well as directing the ceremony. His authority is absolute over all matters earthly and spiritual. Much of the rituals involve knowledge of this Mystery. Maria Lionza is very much a school where participants seek what was once called wisdom.” 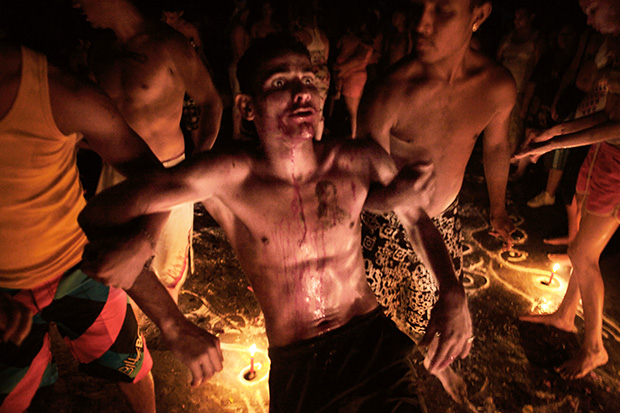 Who can attend the gatherings?
“Anyone and everyone. Every class and person from across the region. It was once considered a cult but has since become moderately more mainstream. You will see wealthy businessmen from Caracas and boat workers from Maracaibo. The late Hugo Chavez was said to be a practitioner of Maria Lionza.”

Lastly, do you have a particularly memorable experience from your time spent there?
“There is one group within Maria Lionza known as the Viking cult. They believe that the spirits of vikings, such as Eric the Red, inhabit them through trance ceremony. This sect is particularly violent featuring feats of physical mutilation and bloodletting. I asked them why is blood necessary for their ritual? A woman told me that the blood that I witness, is symbolic of the river of blood that flows through the universe and inhabits all things. ‘It is the life force we show you and we produce this through acts of strength and endurance.’” 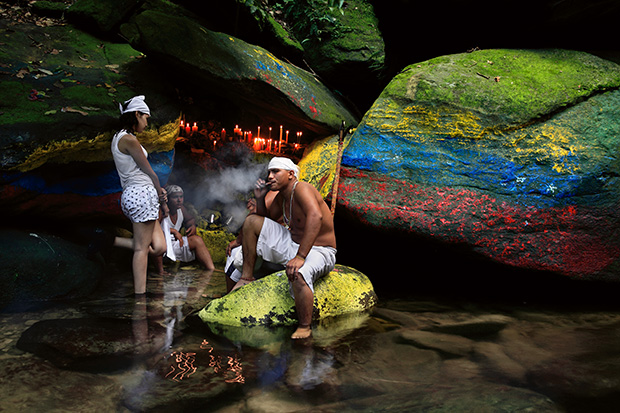 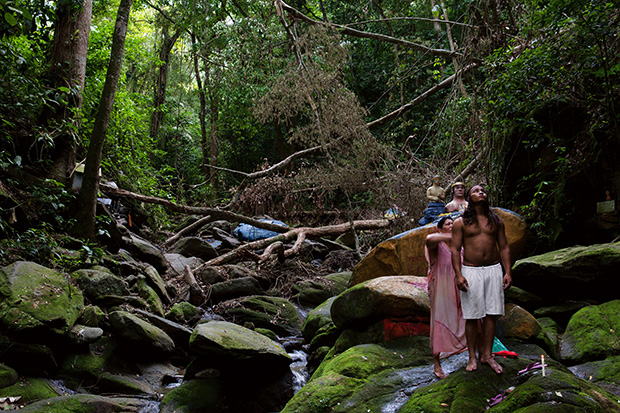 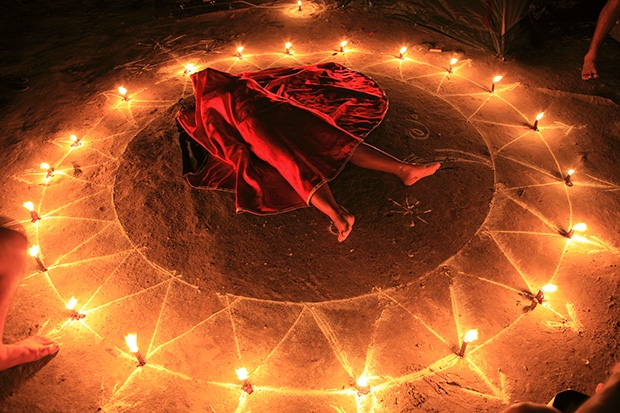 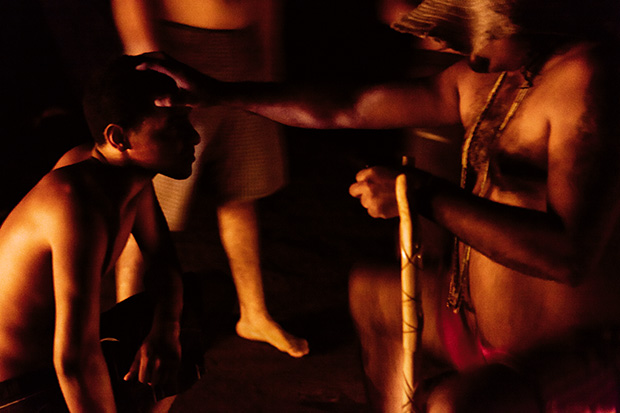 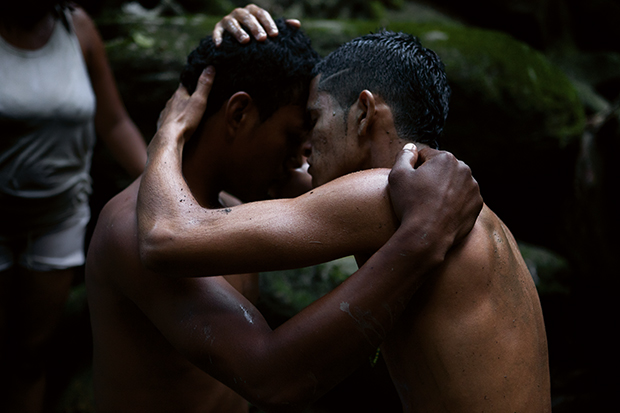 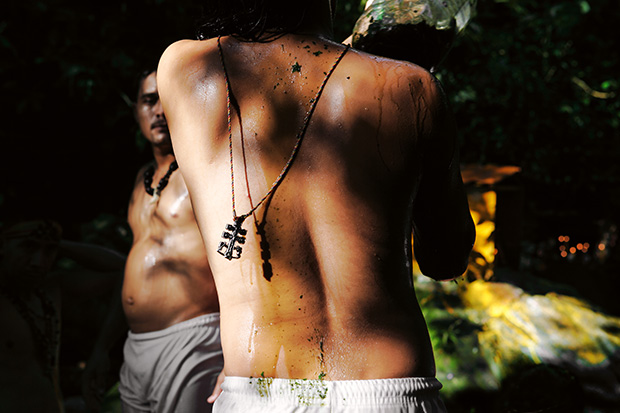