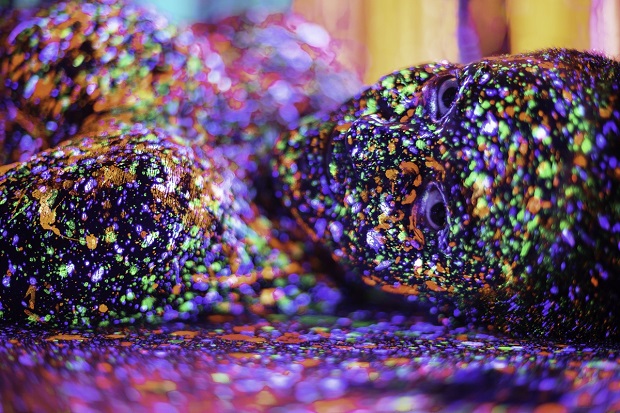 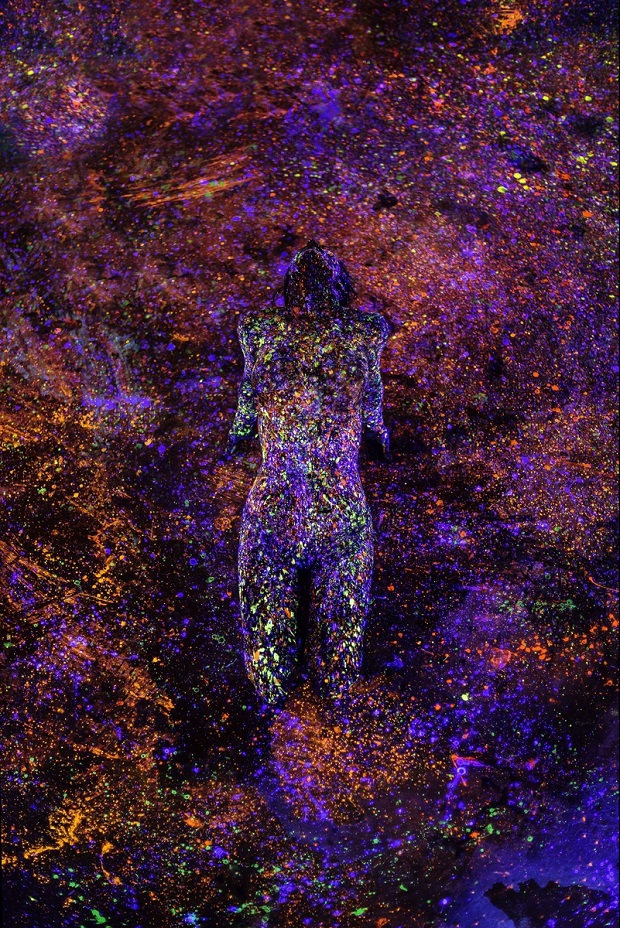 As soon as he stepped into the cosmic cave of Magnus Sodamin’s art installation ‘Infinity Split’, Miami-based photographer Alex Markow knew right away that he wanted to collaborate with the artist. In his new series titled Lost in Infinity Split, neon splattered models float nude in a kind of psychedelic acid trip, lost in-between scintillas of cosmic light. The bodies, part illuminated in jeweled colors and half swallowed by darkness, appear like visions out of the galactic space, seducing us into the mysteries of the night. 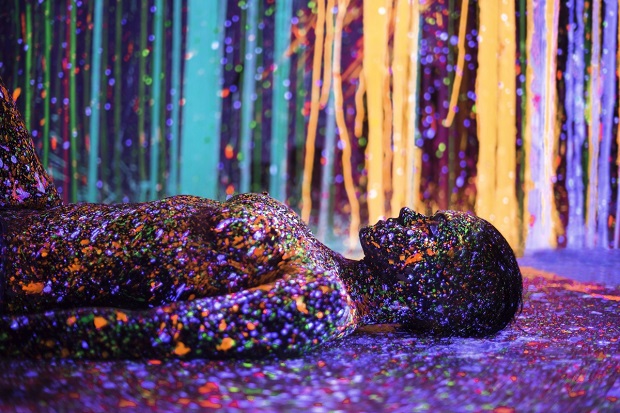 What gave you the idea to start this project, and how did you come across Sodamin’s work initially?
“I’m really interested in creating images that play with one’s perception, and I was looking for a cool environment to photograph in. Magnus Sodamin created Infinity Split and as soon as I walked into Primary to see the space he had created, I knew that we should collaborate.”

“I’ve photographed all sorts of artists before, but this was my first time directly collaborating with a painter and in a space at the scale of Infinity Split. Shooting that day with Magnus was a really amazing experience. Seeing the space in person with all the black lights was really cool. I really enjoyed the way the shoot evolved as Magnus added more and more paint to the models. The building splatter is what added the additional layers on the ground, and that helped create the look of a galaxy when shooting.” 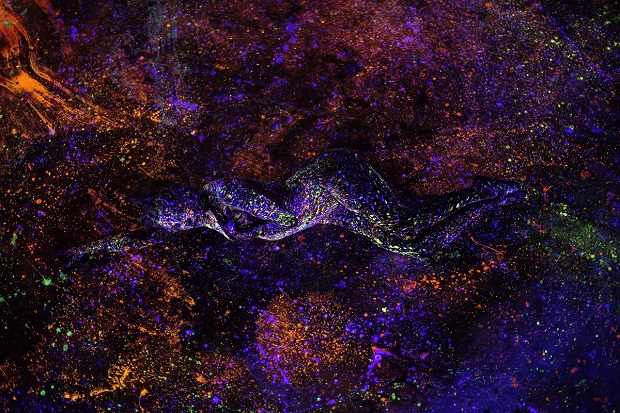 What were your main inspirations behind the project?
“The space that Magnus created with Infinity Split is definitely the catalyst behind this project. I also drew inspiration from all the dancers that I have photographed, and the night club environments in Miami.”

How would describe these photographs to somebody who had never seen them?
“Lost in Infinity Split explores dimensions and color theory. The women, covered in fluorescent paint, blend with the environment under the black lights. In some images, the women appear to melt into the illusion of space. The images challenge your perspective and delight with color.” 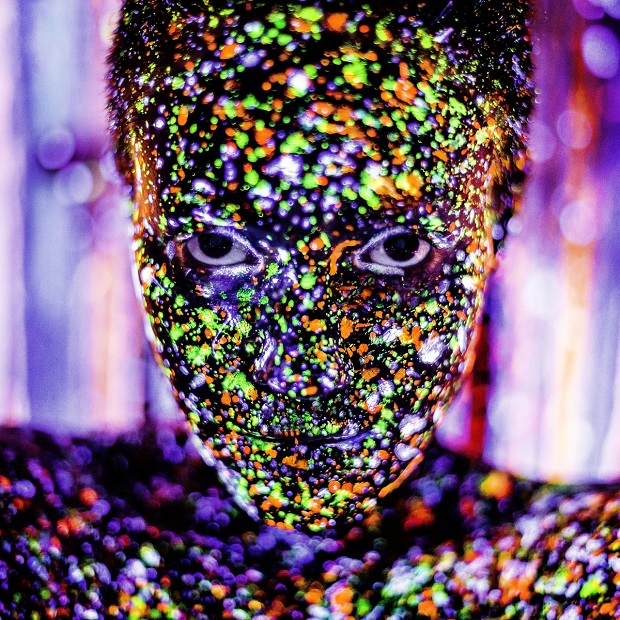 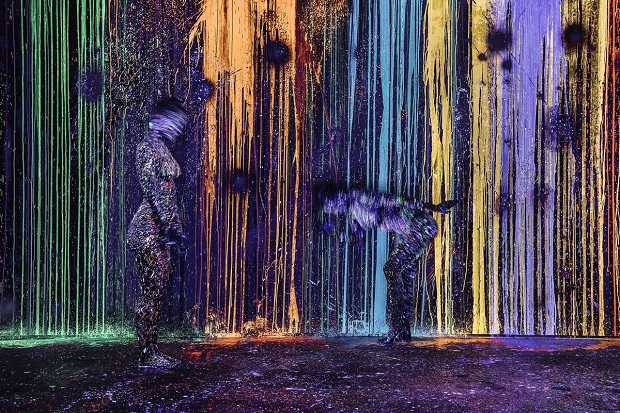