A Powerful Exploration of Child Labour in Senegal 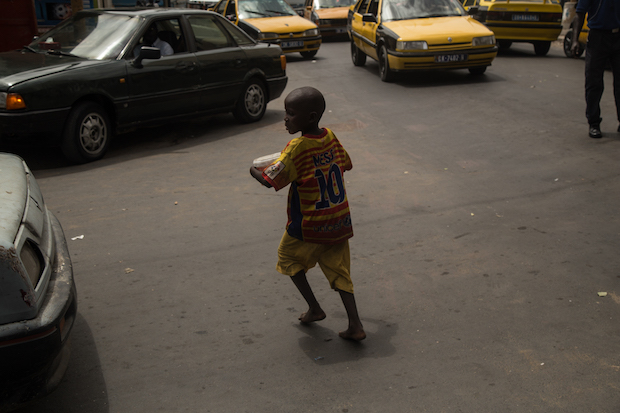 Talibe asking for money in the streets of Dakar city center. 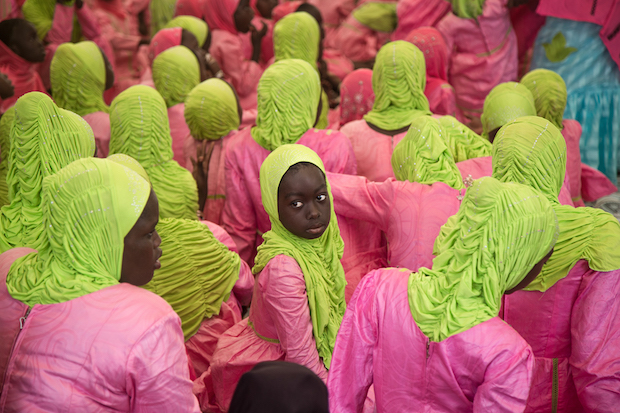 Little girls during a school koranic ceremony in Saly, Senegal.

Sebastian Gil Miranda spent two months documenting child labour in Senegal. The “talibes” – meaning “students” in Arabic – are children who are forced to fund their own Koranic education by begging. Living together in daaras, they are required to meet quotas just to be able to continue to learn – as well as to avoid being beaten or starved.

Miranda had heard about the Talibes from a Senegalese friend in Paris and, despite having spent time in Senegal and having seen the children on the streets there, was unaware of the extent of the problem. Today, he describes their situation as “one of the world’s most serious cases of child exploitation and abuse socially accepted as a “normal” practice”.

Working with the principles of “intimacy and spontaneity”, Miranda travels light. Shooting on a single camera, a Canon 6D, he immerses himself within his subjects’ environment; as a lot of walking is required, he prefers to be unfettered by too much equipment. This approach translates clearly into the work, where the viewpoint often looks out from the centre of a cluster of children, their gaze direct and personal. Miranda’s dynamic documentary style provides an insight into the lives of his subjects; not simply a quiet look at the subjects themselves, but a flavour of their working day, the currents of their busyness.

Listing inspirations as diverse as psychology, theatre, and architecture, Miranda aims for an aesthetic that is “simple and intense”, favouring pastel colours for their ability to “be dramatic without distorting the facts”, and their “certain sense of timelessness.”

Miranda hopes to raise awareness of the problem with his series, believing that the publication of such a work heralds the beginning of efforts towards change rather than the end. 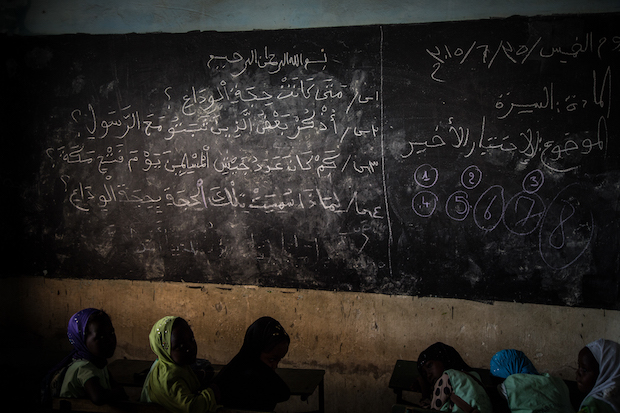 Little girls during a classroom in a conventional Koranic school in Saly, Senegal. 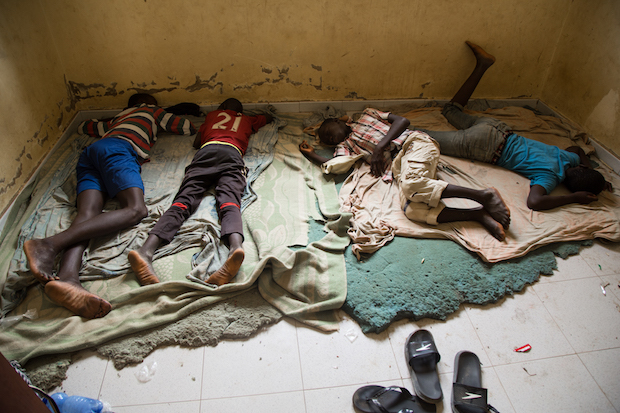 Children sleeping on the floor of a Daara, in very poor conditions, often sharing rooms between 10 and 15 boys. 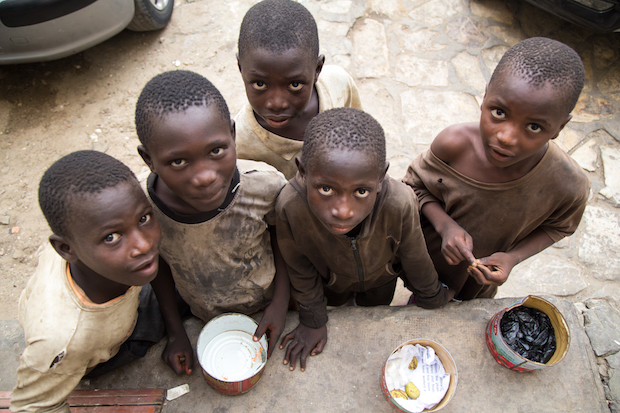 Talibes children asking for money on the street of Dakar city center. The young talibes are forced to earn their keep – or suffer the consequences. They take to the streets with tell-tale empty cans of tomato sauce, begging for money. If the talibes do not return to the daara with the amount mandated by the marabout, they are deprived of meals – or worse, beaten and forced to sleep on the streets. 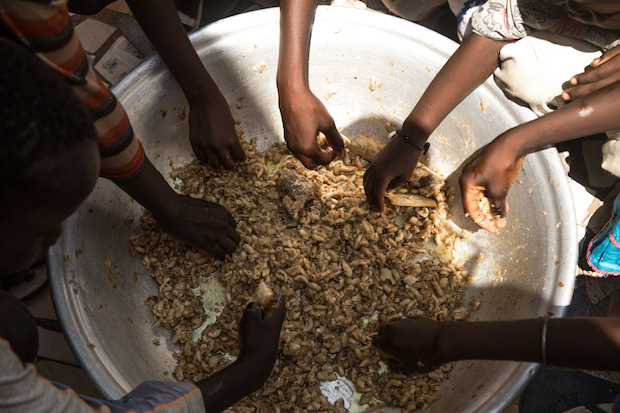 Children having lunch in a Koranic School in Saly, Senegal. 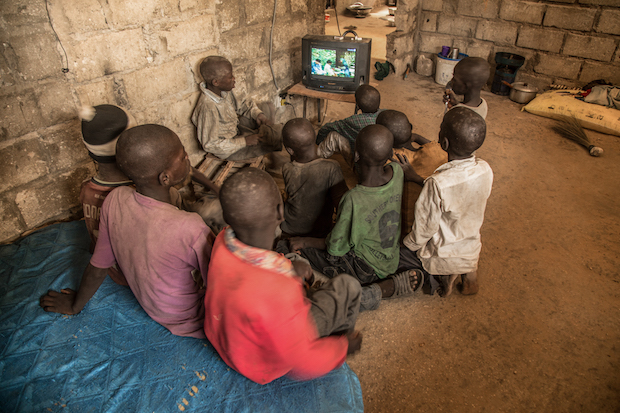 Talibes watching TV in a room in a Daara in the periphery of Dakar. These so-called educational centers accommodate from 30 to 100 boys, who are packed into rooms and made to sleep on the floor, often living in squalor. As of 2010, an estimated 200,000 boys had become talibes in Senegal. 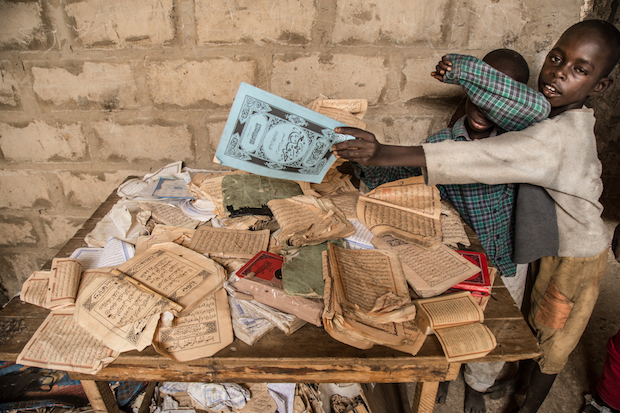 Talibes in a Daara in the periphery of Dakar. Senegalese students on Daaras, mostly boys, receive a Koranic education, yet the great majority of these hide a dark secret: they serve as a source for child exploitation. The students themselves must cover their fees by begging on the streets. If they do not return with a predetermined sum of money, their marabouts –religious instructors– will punish them by depriving them or meals, or worse: by beating them and forcing them to spend the night out on the streets. 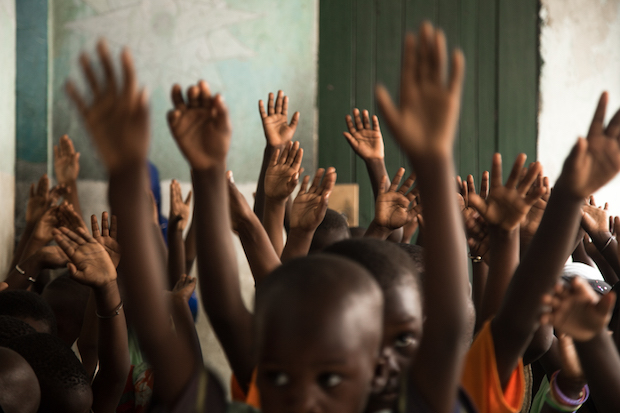 Children singing during a classroom in a Koranic School in Saly, Senegal. 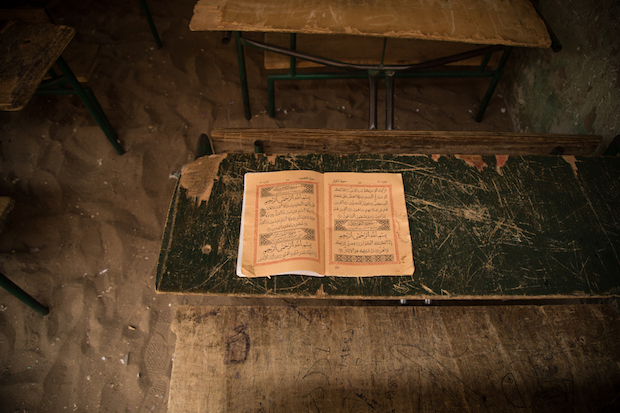 Book of Koran in a Koranic Shool in Saly, Senegal. 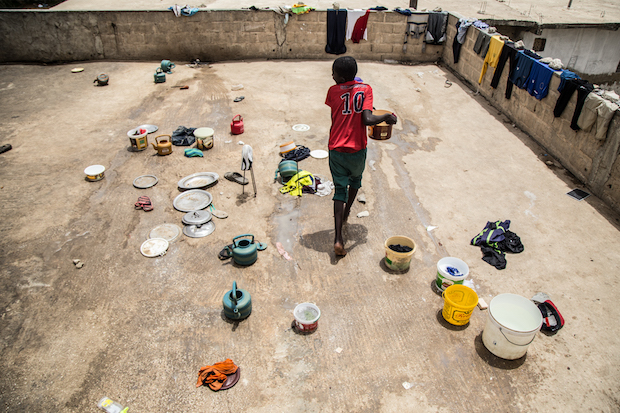 Child washing clothes in the terrace of a Daara, in the periphery of Dakar. 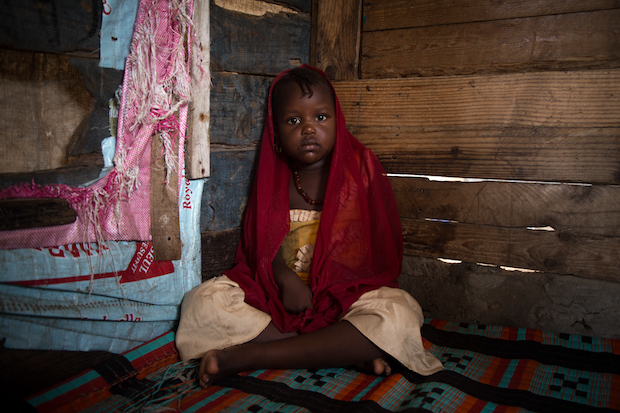 Little girl in a Daara in Dakar, Senegal. 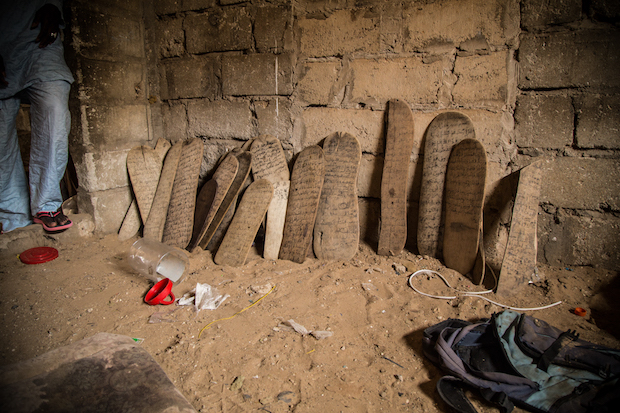 Wooden boards that are used to teach the Koran, in a Daara in the periphery of Dakar. 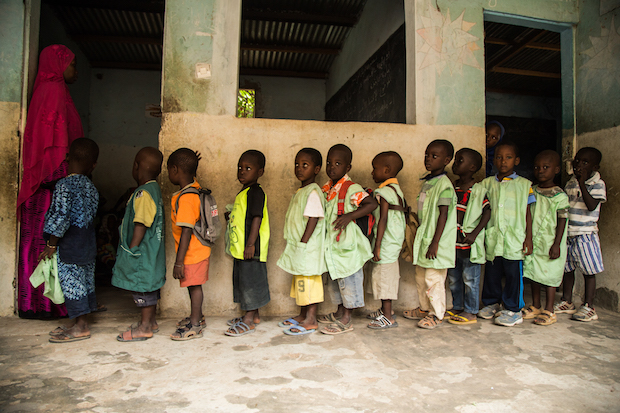 Children in a traditional Koranic school, in Dakar, Senegal. 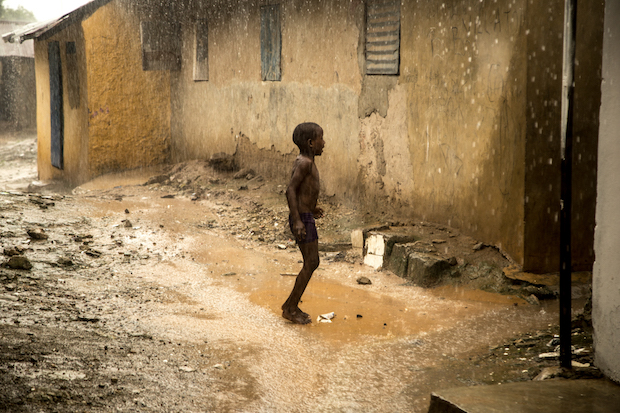 Boy under the rain in the street of Cap Skyrring, Senegal.