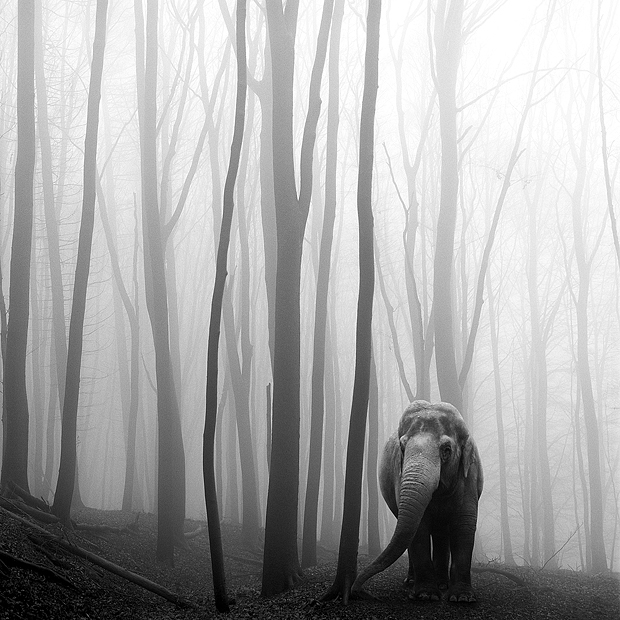 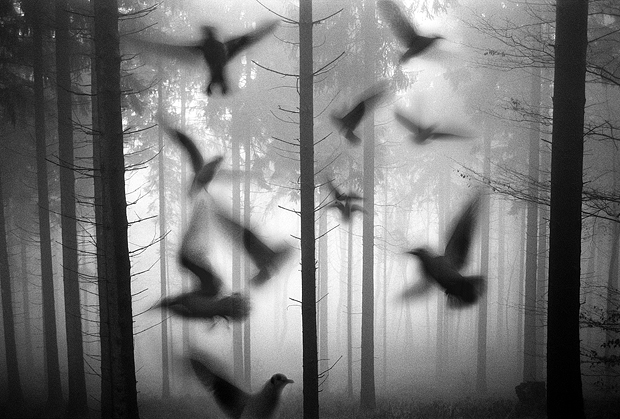 Frank Machalowski’s Tierwald hangs heavy with mystery. In the apparent silence of the forest, rendered in delicate greys, great beasts hulk, meeting the gaze of the viewer with apparent lack of concern. The effect is magical realist in character: it evokes tranquility as much as it surprises with its subject matter. Machalowski provokes questions: are these beasts really present? And how? He seems to frame a private moment of magic, crystallising it and passing it forward for the viewer to see.

Having lived near Germany’s famous forest, Teutoburger Wald, for years, Machalowski had spent plenty of time photographing there in the mist. He was “fascinated by the silence and the peaceful atmosphere” and, whilst watching a deer there on one occasion, decided to recreate the splendour of the moment artificially, with more exotic species.

The images are composed of both analogue and digital matter: the forest itself is invariably shot on medium format or 35mm and processed traditionally, whilst the animals are shot digitally in zoos. The rest is the result of hard work and patience in Photoshop. Machalowski prefers to use black and white for his images, for its lack of distraction; he feels it is more direct.

Tierwald is relatively uniform given its formula: wild animal captured in forest setting. But a closer look at each image in turn reveals plenty of variation in the blacks and whites that dip back into fading undergrowth: while in one image an elephant stands near motionless in contemplation, in another the foreground is broken by the frenetic brush of the wings of birds in flight. At first seeking to create “restful” images, Machalowski began to incorporate more movement as the series progressed, feeling it to be more realistic, more immersive. The question of reality is pertinent for Machalowski: he describes his intention to provoke a questioning or uncertainty about the nature of fiction in the viewer. At times, he sees the series as “a future without human beings. The animals have reconquered their habitats like in some science fiction books.” 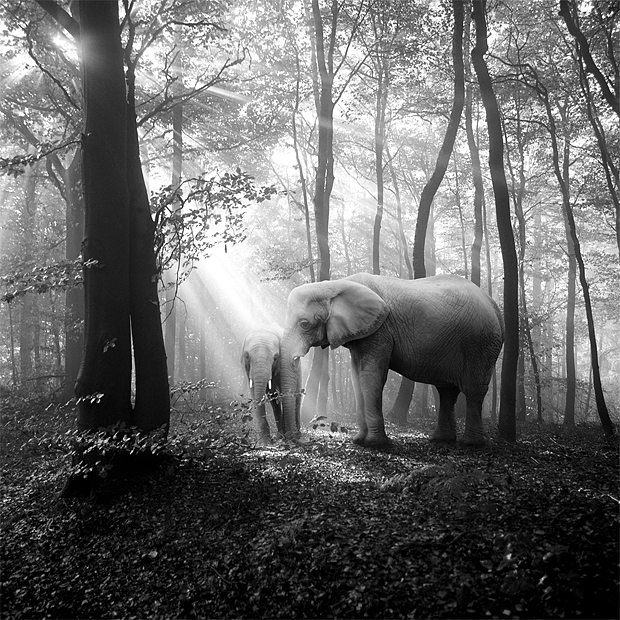 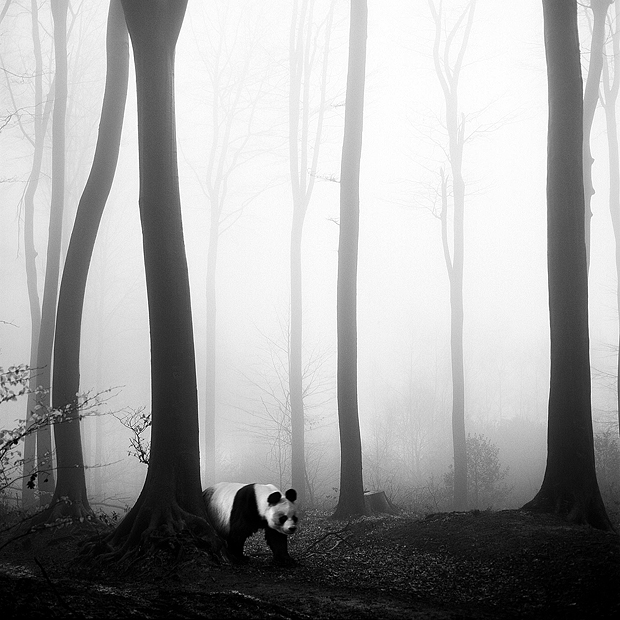 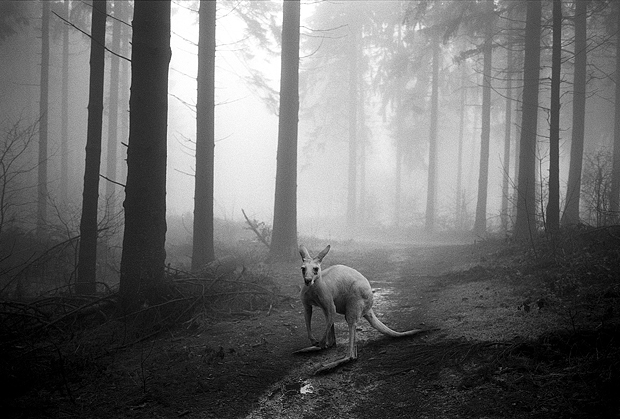 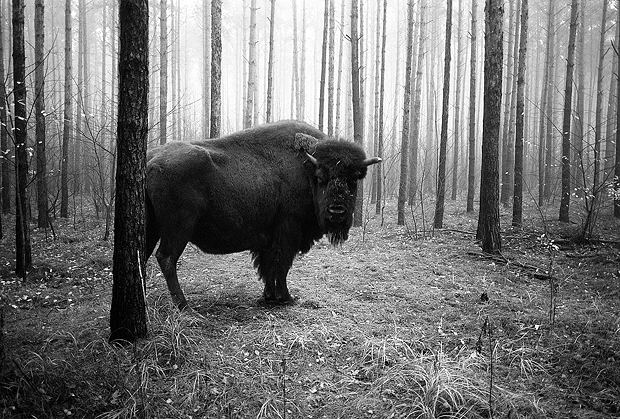 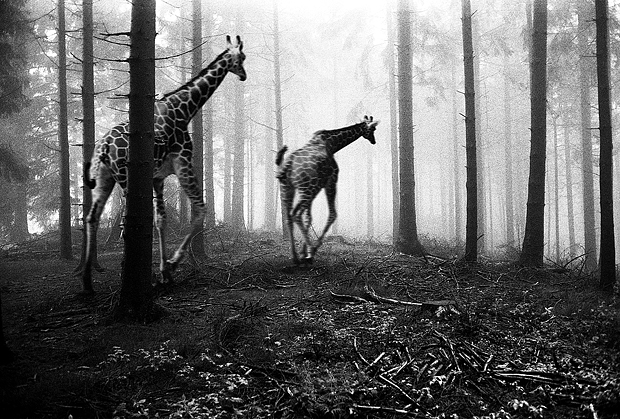 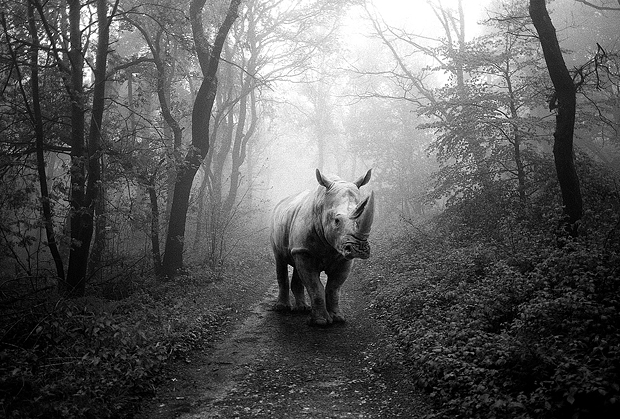 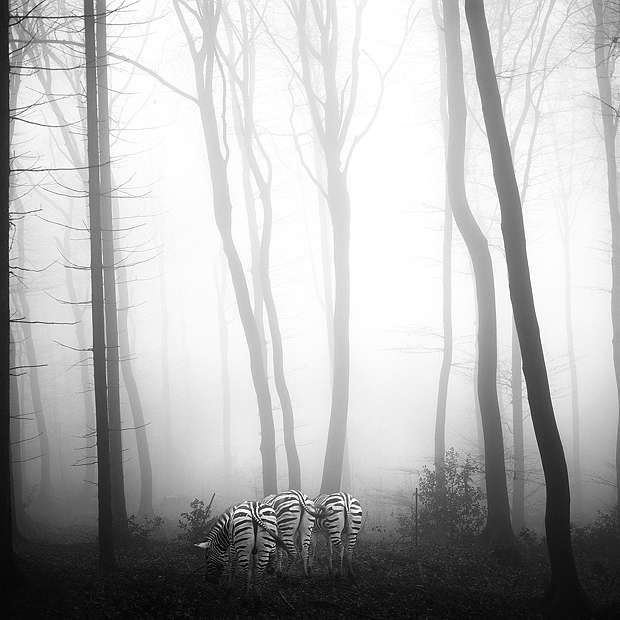 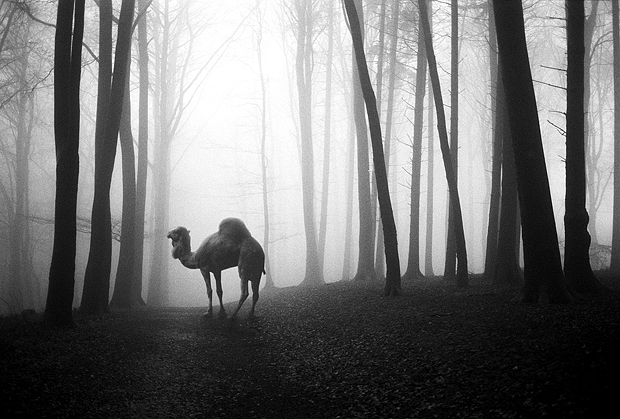 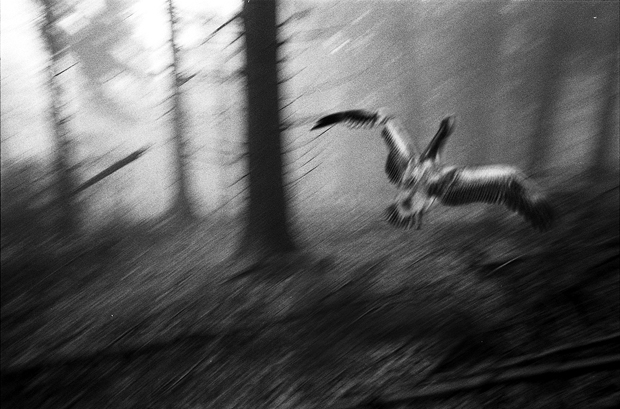 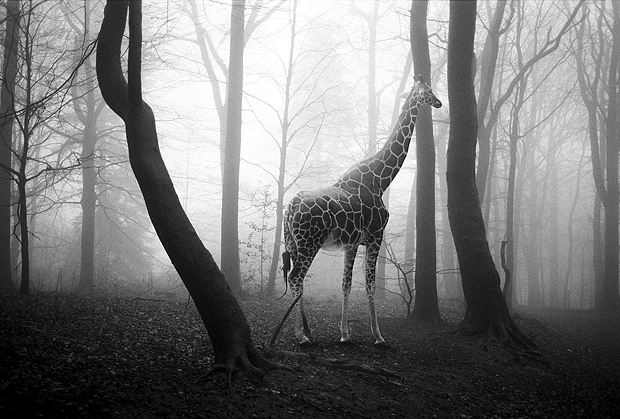 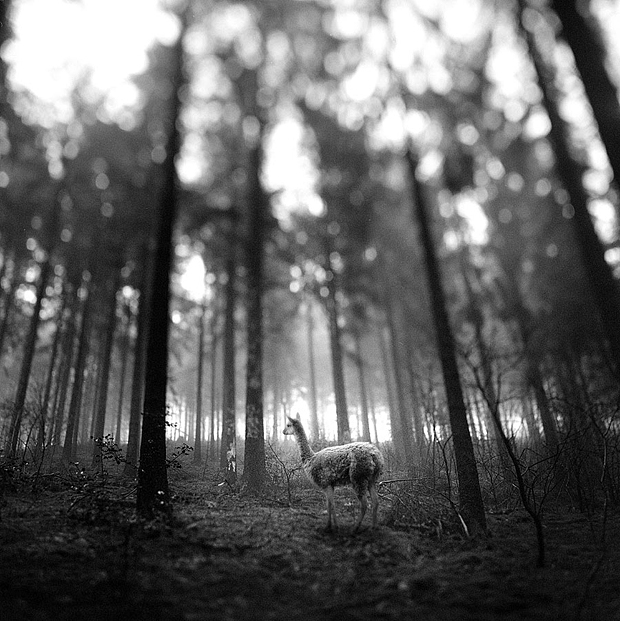 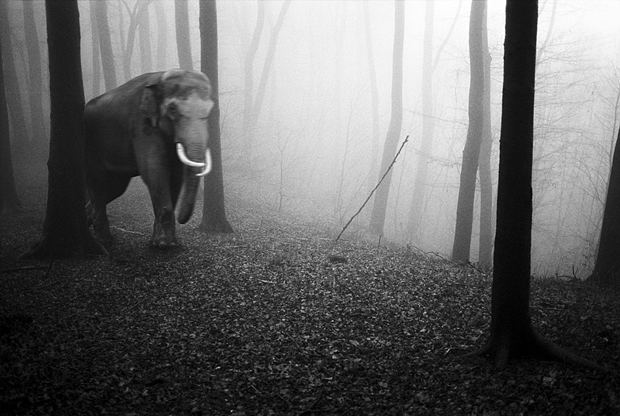 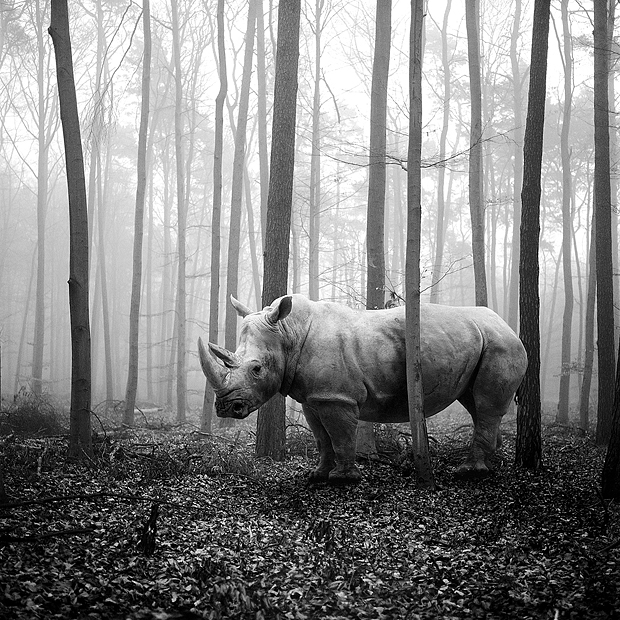