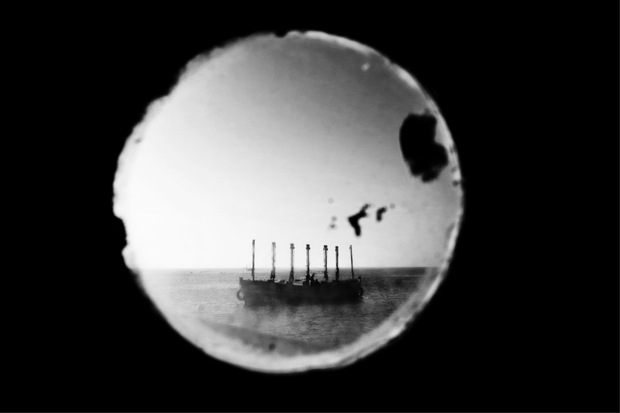 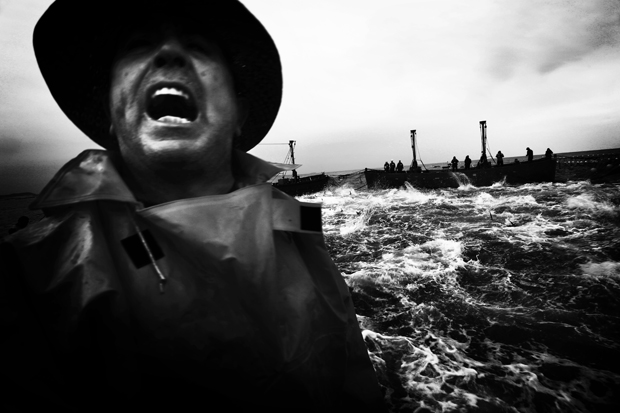 Garum is Antonio Gonzalez Caro’s record of an ancient and specific art of fishing called ‘almadraba’. A practice that only continues today in Cádiz and Morocco, it consists of the fisherman using a trap to capture bluefin tuna. The method has been heavily criticised as the species is under threat, though it is also said that almadraba is much more respectful of fish and sustainable than other fishing practices.

After finishing a course on documentary photography in Madrid, Caro set out to make a unique record of this practice, one which has been well documented in the past: by press, video documentarians, and photographic professionals, all focussing only on the act of fishing rather than the narrative surrounding it. Caro aimed to show the fishermen’s art in a new light.

This new light is tempestuous and dramatic. Working entirely in black and white, Caro’s project is full of contrast: burly fisherman shout to one another over the muscular bodies of fish that toss and beat the water into froth. Water seems to be everywhere. Caro makes masterful use of the full depth of each frame, with an impactful foreground – the open mouth of a fisherman giving orders, for example – giving way to a background that is never still. The sense is that this daily drama is unfolding constantly, changing constantly, and the viewer is pulled along for the ride as though caught in one of the fisherman’s traps. Caro creates a world in which the boat is everything, the fish are everything: there is light, darkness, water, and nothing else.

Caro spent three years working with the fisherman, explaining that for the first two years he wasn’t making good photos as everything looked too new and exciting to see objectively. He got to know the fisherman, to understand their rhythms and to gain confidence on the boats. In the third year his own vision for the story began to emerge. He notes the increasing importance of atmosphere in his work, the creation of “an aesthetic that adds mystery, intrigue, fear,” to elevate an interesting subject beyond the merely interesting.

Caro spent three years sleeping on the boats, watching tuna caught in the labyrinth of nets ready to be caught the next morning. Garum is a visceral document of this experience that could not have been made with any less dedication. 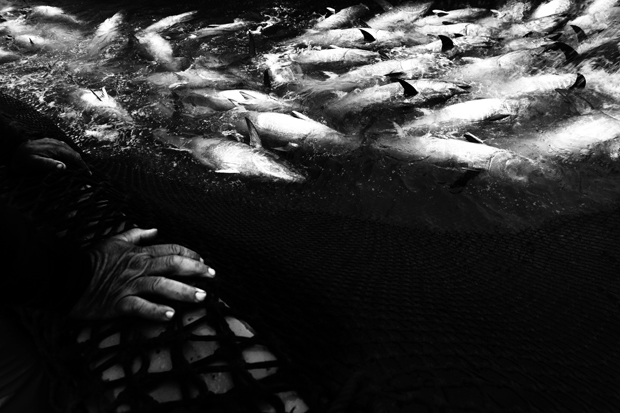 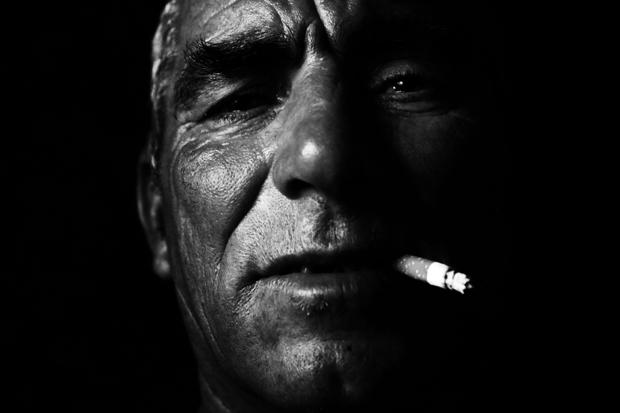 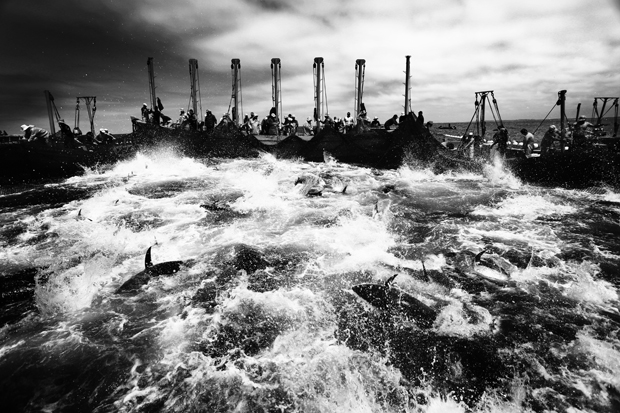 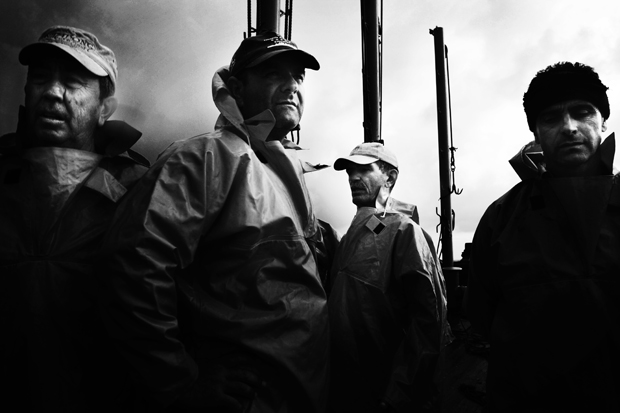 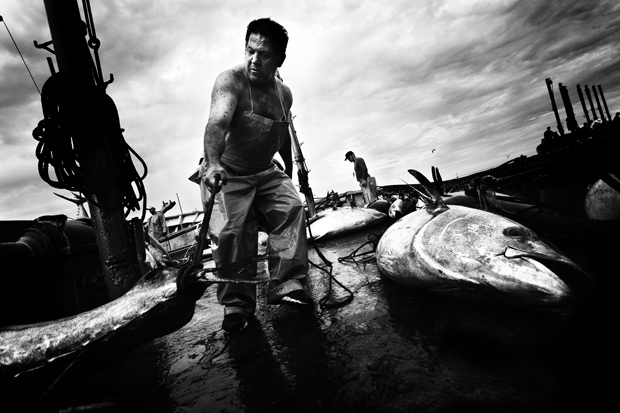 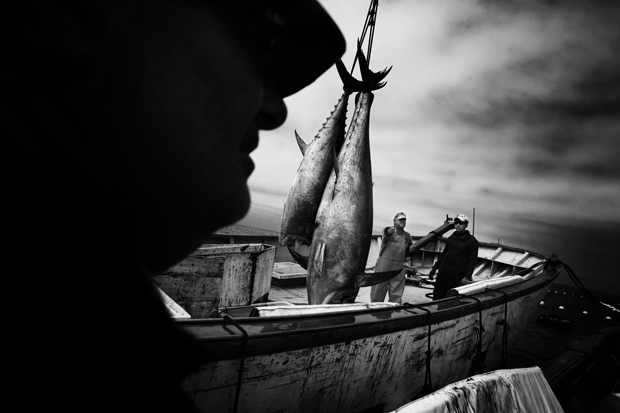 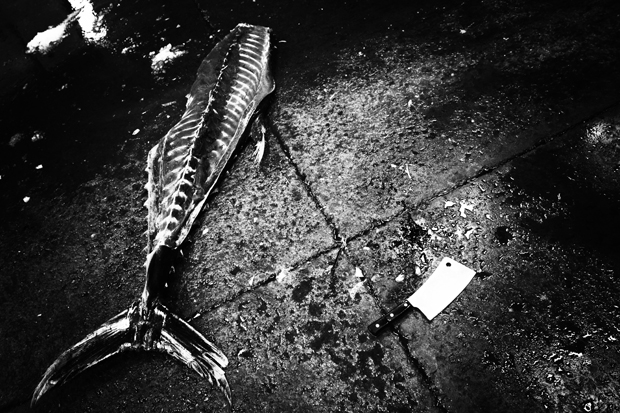 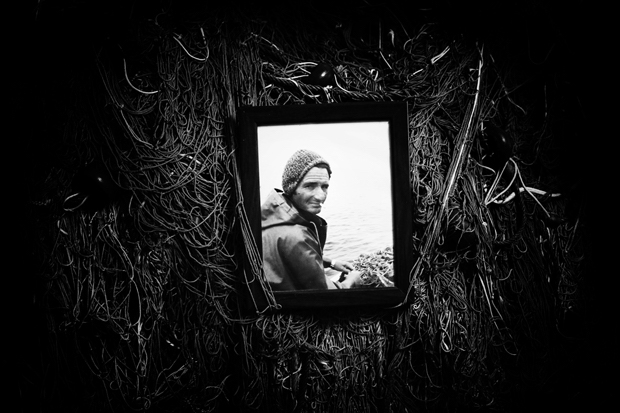