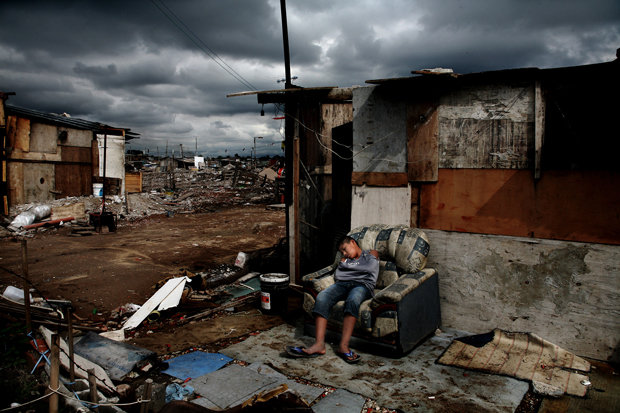 A child is sleeping on an armchair in full daylight (Lomas de Zamora, southern outskirts of Buenos Aires, Argentina; May 2009). Lomas de Zamora is one of the slums (‘villas’) in which Paco is most widespread. 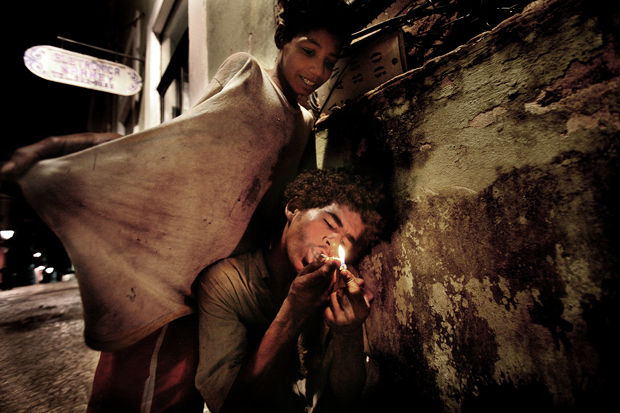 In dilapidated slums and ghettos across Buenos Aires, the drug Paco is finding its way into the hands of Argentina’s most vulnerable, enticing boys as young as twelve into its cruel snare. Italian photoreporter Valerio Bispuri has taken on the challenge to document this story from the initial stages of the drug’s production to the effects it’s having on its users and the greater community. The drug, also known as ‘the poor man’s cocaine’ or PBC (pasta básica de cocaine, cocaine base powder), is prepared using the waste product of cocaine and it’s laced with toxic chemicals – sometimes even rat poison. Smoked like crack, the drug has short-lasting effects and takes thirty seconds to act; it is also said to be fifty times more powerful than cocaine itself. In the words of Bispuri, it’s a drug that does not forgive. Produced in illegal laboratories or ‘cocinas’ (kitchens), circulation of Paco is expanding like a ripple effect. Most of these photographs were taken in Argentina, but the project also took Bispuri to places such as Brazil, Paraguay, Peru, and Colombia where the drug is also in circulation.

With help from a local NGO, Bispuri was able to get a rare insight behind the doors of these cocinas where the drug (sold for less than a dollar) is created, as well as into the lives of its users and those affected. For many years he devoted himself to this project so that he could attempt to understand the reality of the situation. Since starting the project in 2003, Bispuri says he has been threatened on many occasions, yet for his determination to tell the story he persevered: “For me,” he says, “photography is a way to tell in the deepest possible way the little-known reality; to tell stories that are not known and to denounce difficult situations in the world.” 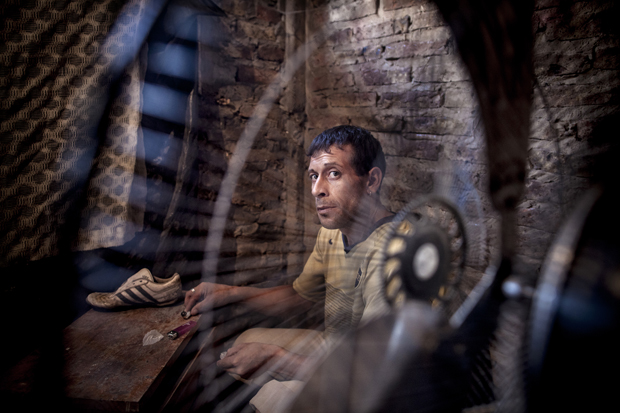 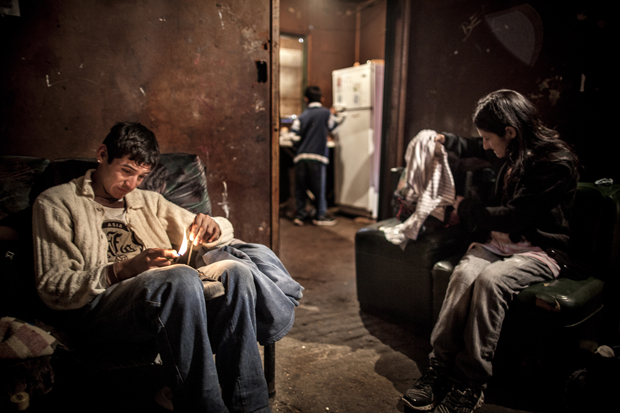 Ezechiele (17) is preparing a pipe for Paco while his mother Maria is folding clothes and his little brother is opening the fridge (Lomas de Zamora, southern outskirts of Buenos Aires, Argentina; March 2013). Paco’s consumption has become part of addicts’ family life and is often smoked by teenagers in a familiar context. Ezechiele is an addict whose life and habits were documented by the photographer through several months in 2013, being able to spend time with him and his family in their shack. 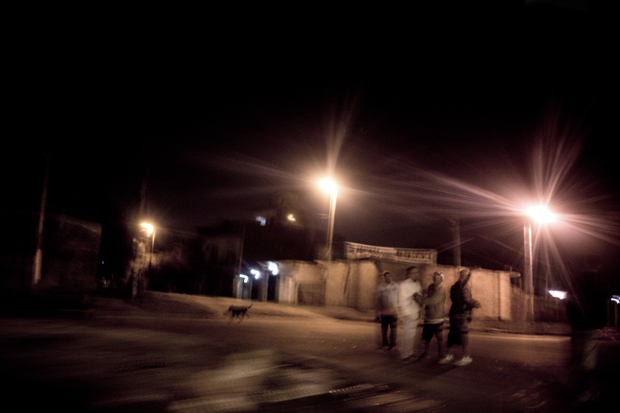 A group of drug dealers in the streets of the villa (Lomas de Zamora, southern outskirts of Buenos Aires; April 2015). The photo was taken by night from inside a running car. 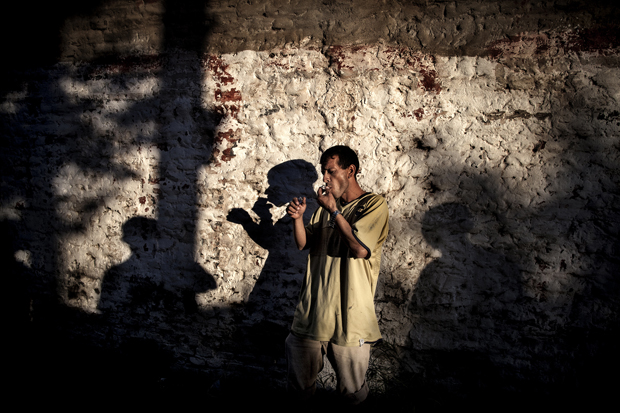 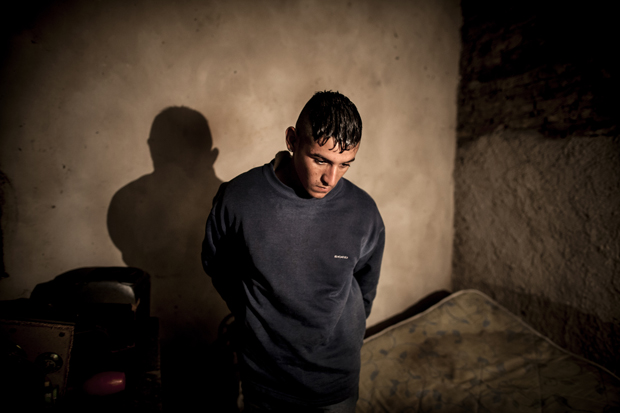 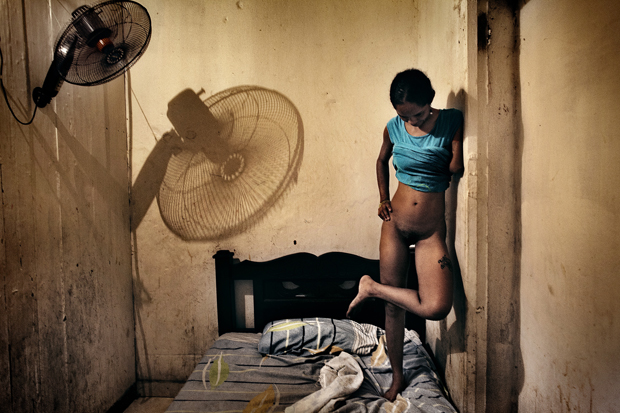 Inés, a 17-year-old addict prostitute, is waiting for the next client (Cartagena, Colombia; August 2011). Inés had been a prostitute since she was 11, using money to feed her daughter and to buy crack and Paco doses. Her left forearm was cut off by another prostitute as a revenge. This doesn’t discourage clients often ask specifically for the ‘armless whore’. 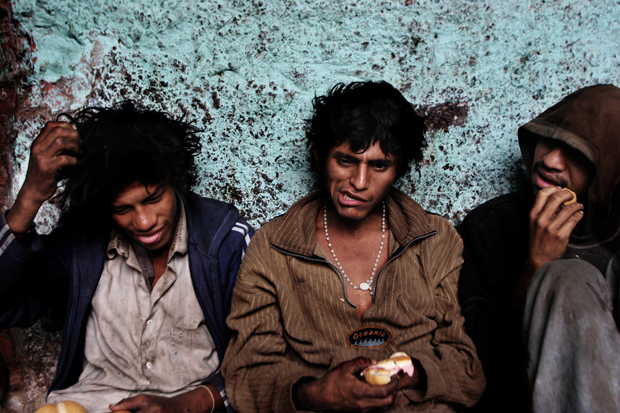 Three homeless boys have just woken up after a night of drugs and short sleep in a ruined house (Lima, Peru; December 2005). 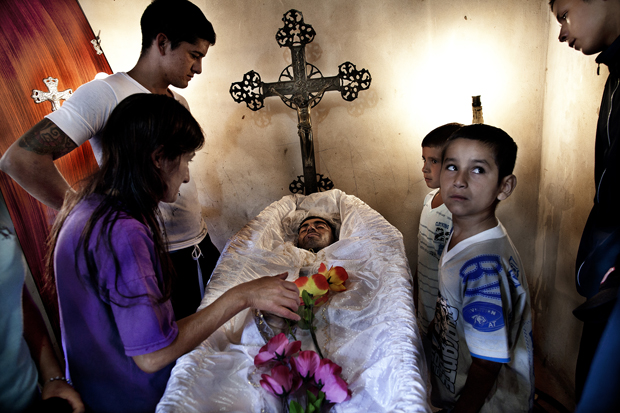 Funeral of Ezechiele’s older brother, a victim of Paco (Lomas de Zamora, southern outskirts of Buenos Aires, Argentina; April 2012). The young man committed suicide throwing himself down from a bridge after smoking a big dose of Paco. It was Maria, the victim’s mother, to summon the photographer to the funeral to take pictures of the body and the ceremony.