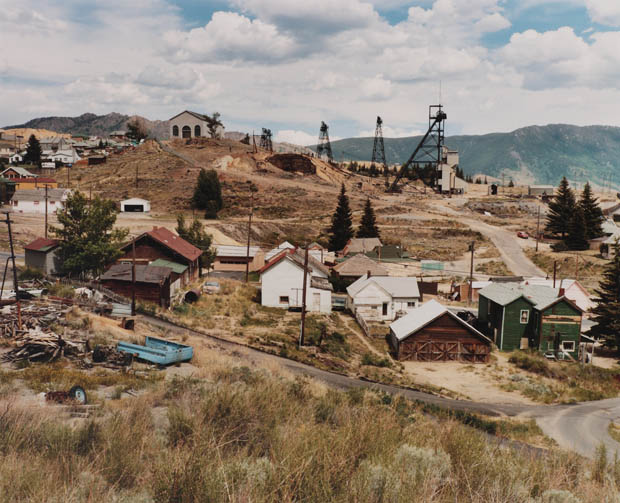 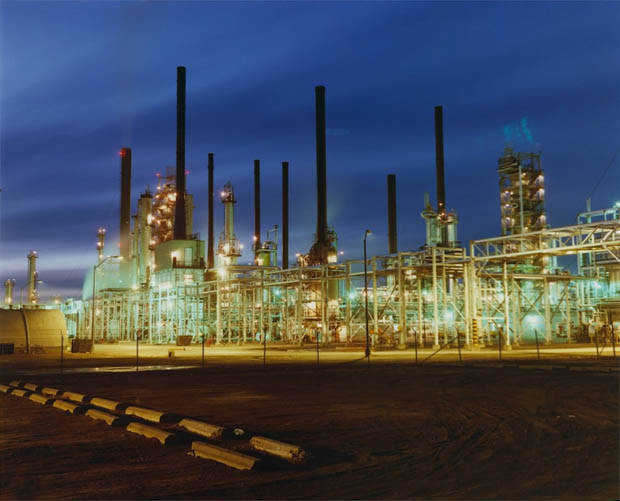 It seems likely that the most enduring monuments that Western civilization will leave for future generations will not be Stonehenge, the Pyramids of Giza, the cathedral of Chatres, but rather the hazardous remains of our industry and technology. Landscapes of failed desire, these sites become both arena and metaphor for the most constructive and destructive aspects of the American spirit. The photographs become, finally, meditations on a ravaged landscape. – David T. Hanson

The American landscape has been heavily romanticized in the past through art, photography and literature, emphasizing nature as a source of human inspiration and portraying the landscape as a pure and untouched wilderness – a space symbolic of freedom, heroism and grandeur. In a new book called Wilderness to Wasteland, photographer David T. Hanson presents to us the ‘Luminist images of our time’– the American landscape in ruin. In these 83 never-before-published photographs, he reveals the tragic environmental costs of industrialization.

While on a prestigious Guggenheim Fellowship, Hanson travelled throughout the States using his camera to study the human relationship with nature. Divided into four parts, the book focuses on different industries which have each in their own way inflicted some form of damage upon the earth. Starting in Idaho, Hanson explores a former nuclear boomtown which gained the name ‘Atomic City’ in the 1950s, when the world’s first nuclear power plant was erected in the area. “My photographs,” says Hanson, “made on the thirty-fifth anniversary of the world’s first nuclear power plant, constitute an oblique look at this historic place and reflect on the utopian dreams and visions of empire that it embodied”.

The following chapter includes photos Hanson made when revisiting his birthplace of Butte, Montana, where he photographed the neighborhoods that once thrived on the metal mining industry. The town also bore a nickname, ‘The Richest Hill on Earth’, representing those dreams of aspiration and ambition. However, in addition to photographing the dwellings that were once built to accommodate the workers, Hanson shoots the waste piles and polluted mess left behind by the industry. Ironically, the Richest Hill is now home to America’s largest toxic waste site.

Next, we move on to the photographs Hanson took as he travelled to 45 different states in the space of one year, shooting hazardous waste sites from the air. This section contains aerial photos of some of the Superfund sites which Hanson selected from over 400,000 waste sites dispersed across America. The book closes with a selection of twilight shots, all taken at industrial sites. Distracted by the crepuscular beauty of the images, we may not at first notice the reality enclosed within, which shows just how ubiquitous machines have become not only in our landscapes but in our everyday lives too.

By drawing inspiration from traditional landscape artists and incorporating their styles into his work to project an important message, Hanson’s late twentieth-century photographs contain a powerful moral aesthetic. Their beauty draws us in yet reminds us of the haunting aftermath and damage these industries will leave in their wake. They urge us to reflect on the landscapes we once did have, like those depicted in the Luminist paintings of Frederic Edwin Church and Thomas Moran, and in doing this Hanson is able to highlight how just in a matter of decades that virgin landscape has been transformed, and spoiled. 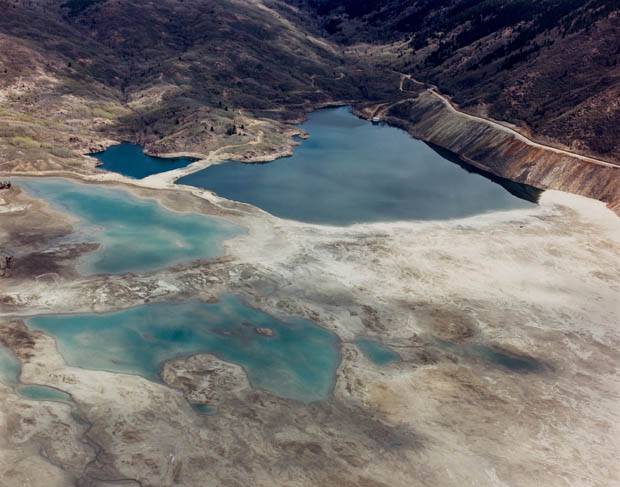 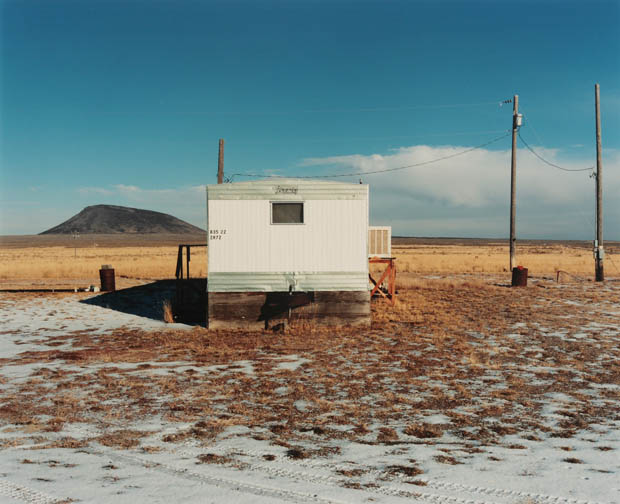 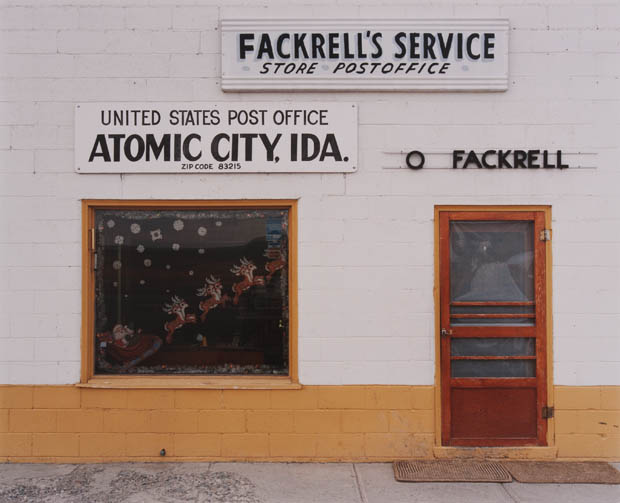 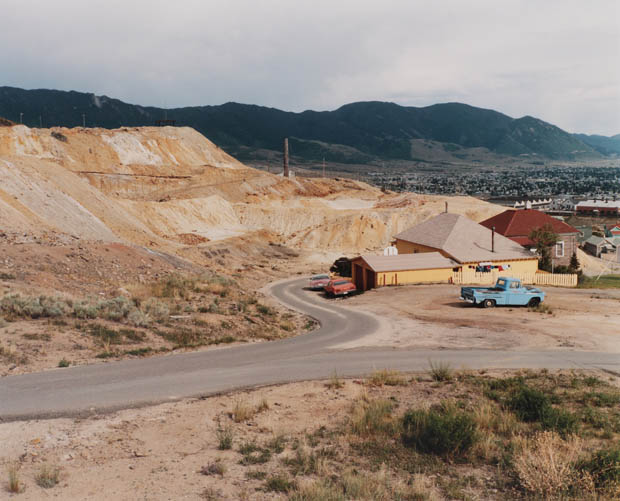 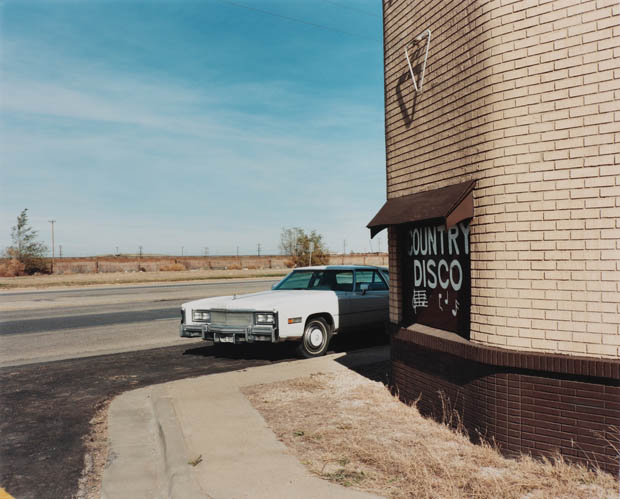 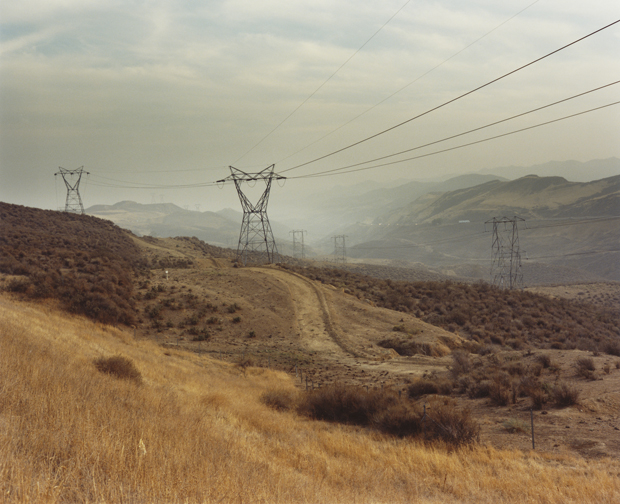 Looking toward Los Angeles from Interstate 5, near Sylmar, California, 1985. 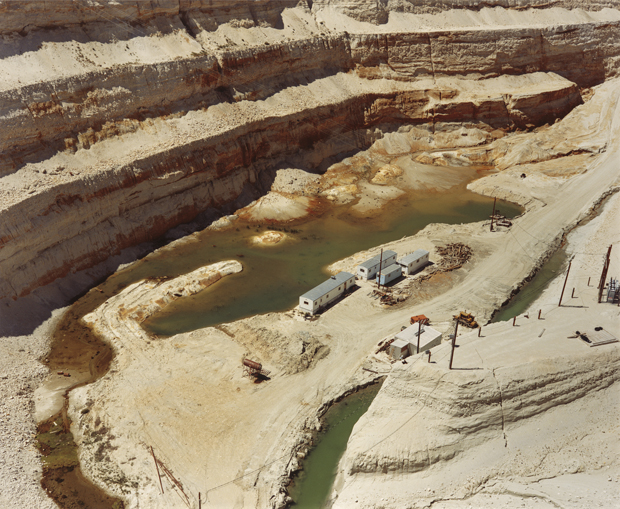 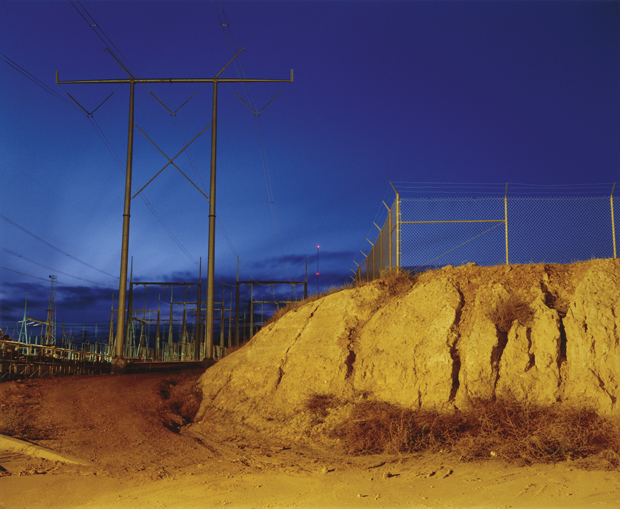 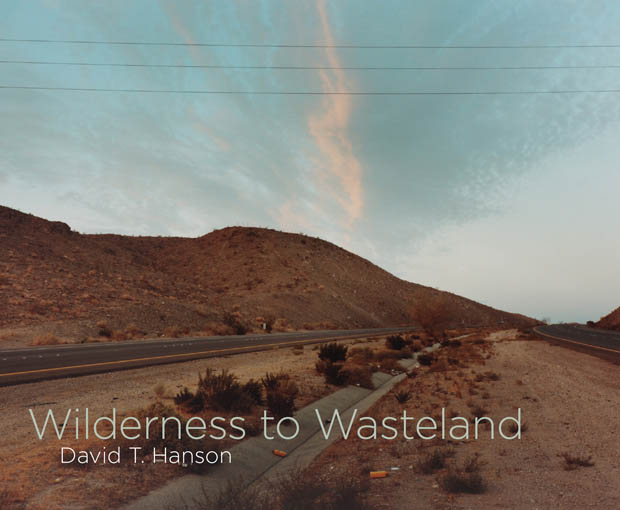