An Intimate Glimpse Into Working Class Lives in Midwest America 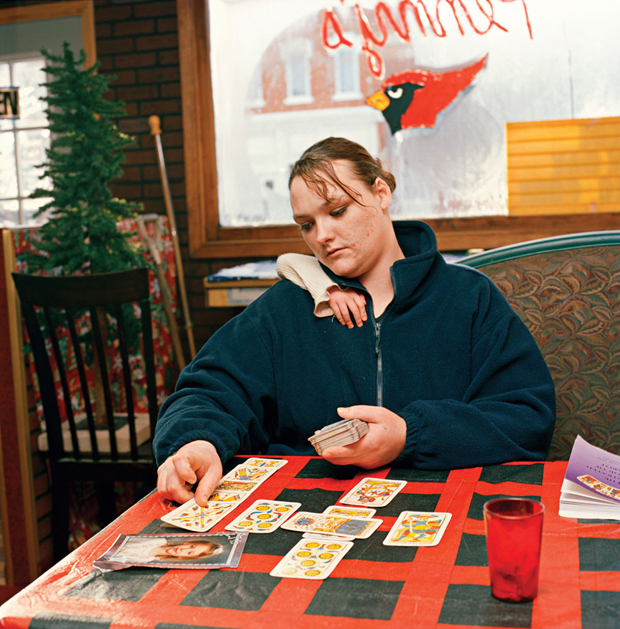 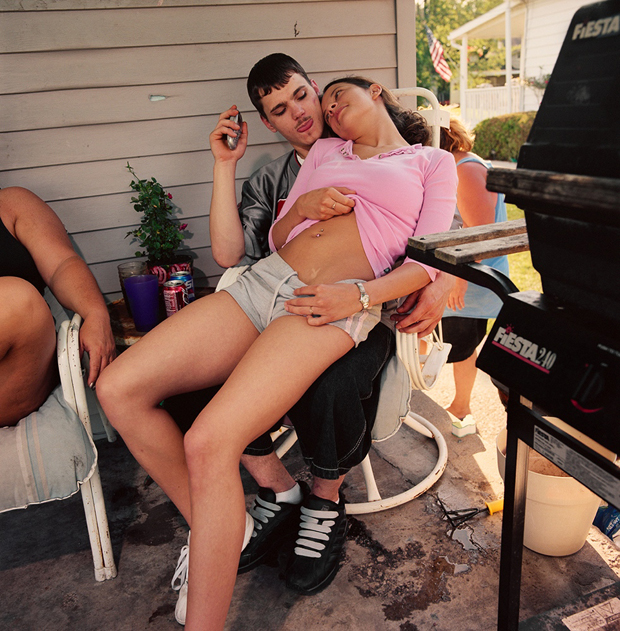 When Chris Verene started experimenting with photography in his teens, his natural reaction was to turn his lens on those closest – his family. For him, family was always based in and around his hometown of Gaelesburg, Illinois – a city of 32,000 cited by Obama as one of the hardest-hit areas by the recession. Verene has been photographing his extended family since 1985, but it was not until 1997 that his pictures emerged into the public realm; before then they’d only passed through the hands of his family, friends, teachers, and classmates. The trust of his family and the naturalness of Verene’s routine, make this a unique collaboration.

As we turn the pages of his monograph, Family (2010), we’re awarded an honest glimpse into this Midwestern community over a period of decades. Verene himself has a dual presence, both as fly on the wall documenting intimate moments that might otherwise go unnoticed, but initially as a compassionate and loving family member. In his artist statement, Verene says: “Each person you see here has been in my life for a very long time, and my commitment to our relationship is forever, for good times and bad time, for all the future.”  While sometimes hand captioning his images to provide context as you might do in a family album, he leaves others without handwritten commentary, preferring the images to speak for themselves.

Richly colored and filled with sun rays, his photos which may have had potential to paint a depressing portrait of a poverty-stricken community, instead emanate with a sense of genuine hope and optimism, revealing tender moments that capture the enduring ties of family love and loyalty. 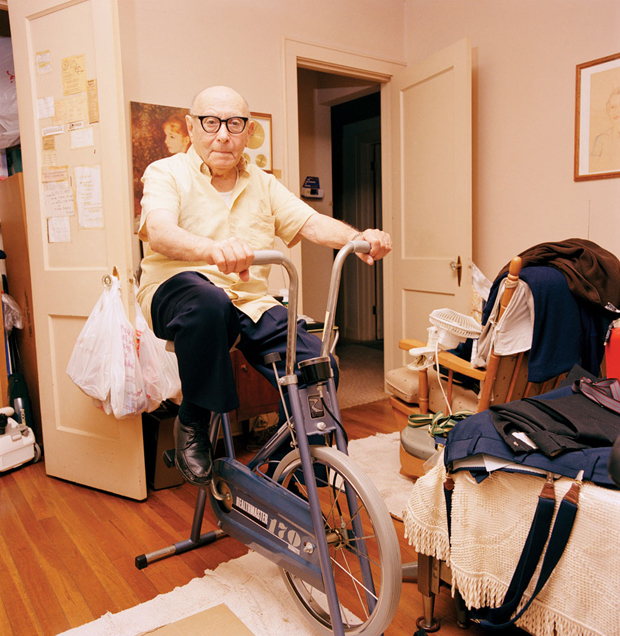 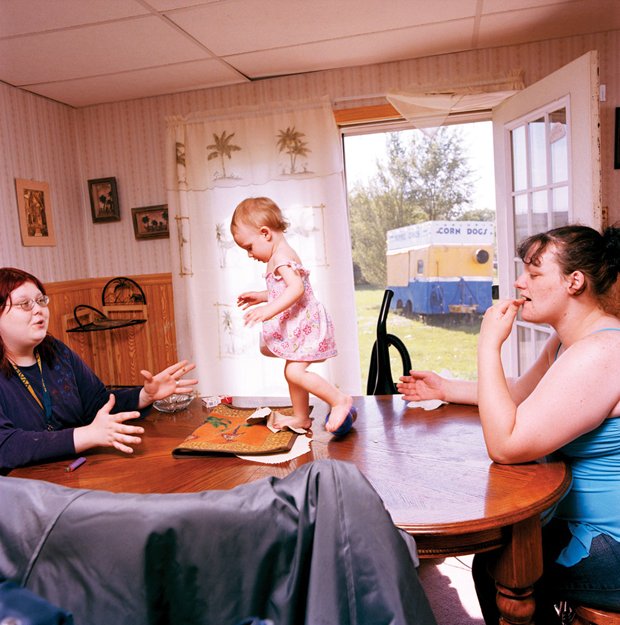 Mercedes will soon have a half-sister named Lexus From the series, Family 1987-2016

From what age did you start taking these pictures?
“I started making the work in black and white when I took a high school photography class in the mid-1980s.  That is around 1985/1986. I was about fifteen or sixteen years old.  I took advantage of all the possible holidays to go see my family in rural Illinois, so that I could make their picture. I borrowed a medium format camera because I thought that made it more serious.”

Where were the majority of them taken?
“All the work is made in and around the small Midwestern American town of Galesburg, Illinois, where my parents met, and where three generations of my family still live.  My first book, from 2000, also includes work about my mom’s father and his housekeeper, Mrs. Brown, in the southern states of Florida and Georgia.” 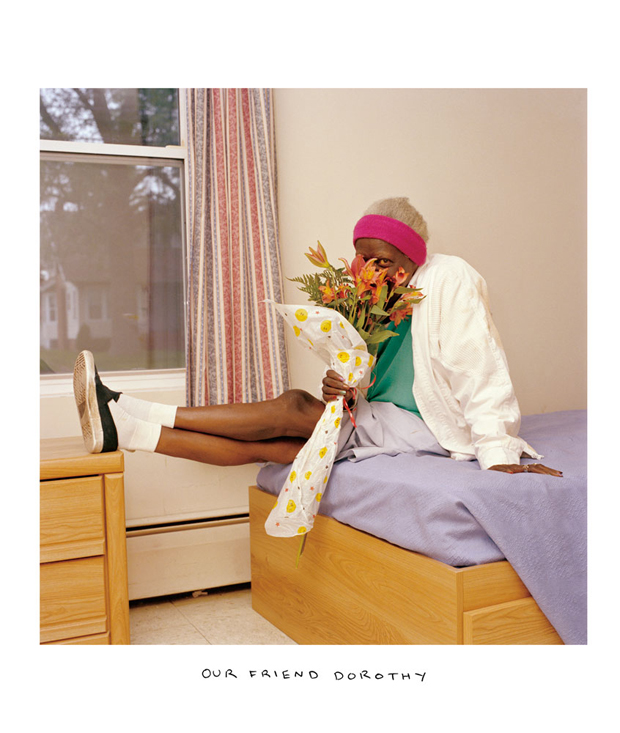 Some photos you mention are taken in the ‘Research Hospital’. Could you describe for us a bit about what this place is?
“The Research,” as it was known when it still had patients, was one of a group of very large mental institutions in the US.  It was a public hospital, and it would accept indigent patients, who had no other way to get mental healthcare.  It was a huge employer in the area. Both my parents had jobs there, though they themselves were not in the field of medicine.  In the 1980s, the US government used an austerity measure to put money back in the federal budget by way of closing these kinds of hospitals, firing all the doctors and staff, and essentially putting many of the people who needed to live in the hospital into the hands of churches, and other social services, such as welfare, and subsidized housing.  In other words, the US stopped paying for their healthcare in order to appear to balance the federal budget.  Lots of those people were still a fixture of the city, and in a big urban area they would have been known as homeless people or street people. That is how people like Rozie, Dorothy, Don, and Rozie’s mother come to be in my documentary work.  They were kicked out of the hospital, and had nowhere else to go.” 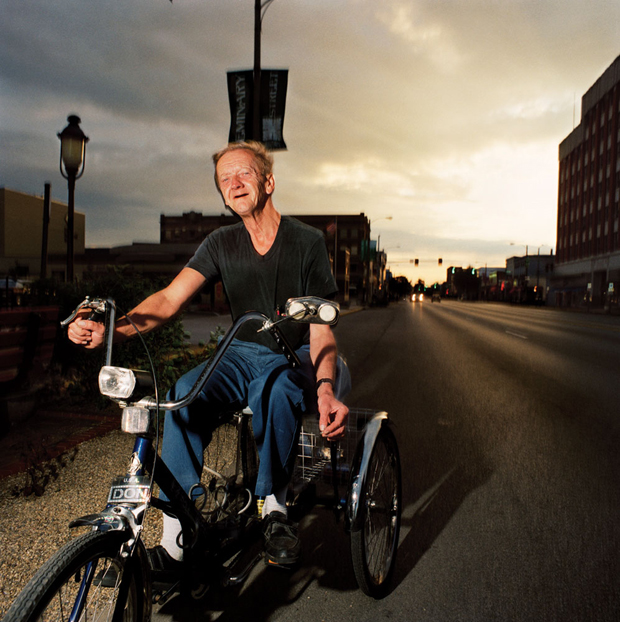 Don used to live in the hospital with Dorothy From the series, Family 1987-2016

When exactly did you decide to make this a series?
“I think that I knew early on that it was a calling to me. I knew somehow that I was meant to do this, driven by some higher power.  I didn’t really formally commit to that idea until the mid-1990s, when I was out of college, but I kept shooting hundreds of rolls of film through all the years from 1985 to 1995 when I decided to go to graduate school to study photography.” 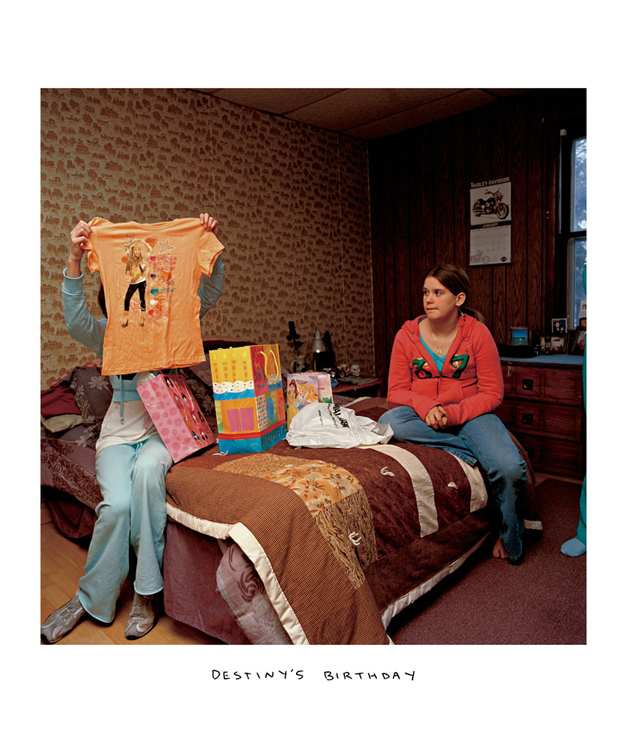 Were most taken using a medium-format camera?
“I decided that the series needed a set of rules to keep it more true, more rigorous, more documentary.  One of the rules is medium format only, color only.  That means that I never exhibited any of the early 1980s 35mm b/w film pictures, and unfortunately, many of those were destroyed in a studio flood in the early 2000s.” 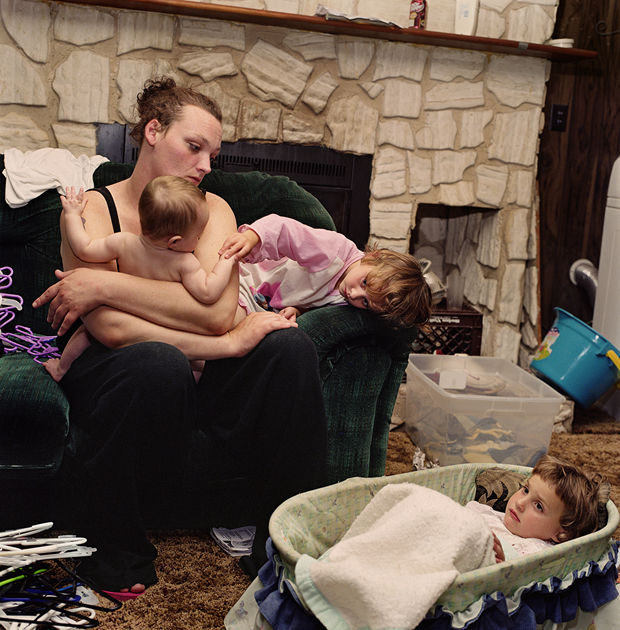 What is it that interests you specifically about family?
“That’s a tricky question.  I never chose a different subject; I just always accumulated works about the family.  At some point I decided it was important to expand the subject to other families in the same town in Illinois. Even if we were not related, it seemed that we had very common experiences, as small town communities usually do, anywhere in the world.  I also think that the question of family values and the implication of the American family unit as a sacred idea has been around me for much of my life.  “Putting family first” is a given at the entry point of anything in Galesburg, Illinois.  Further, as I am part of the set of dinosaur photographers (people who rose to fame pre-Internet, pre-digital), I think “The Family of Man” looms large in the background, as well as the way Diane Arbus looked at family units, children, babies, and so forth.” 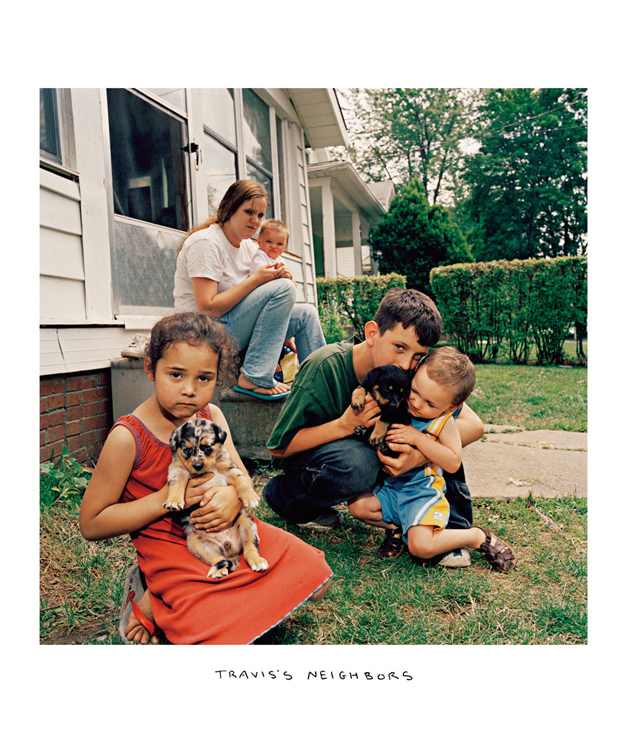 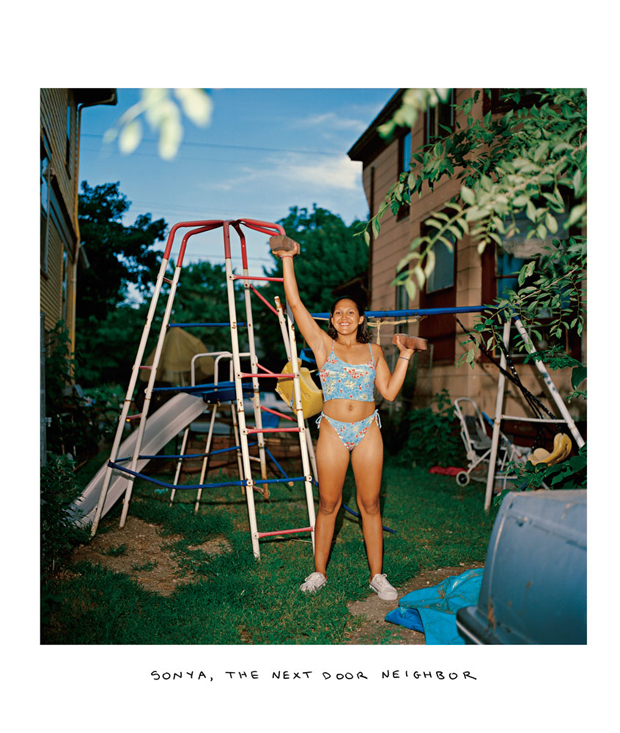 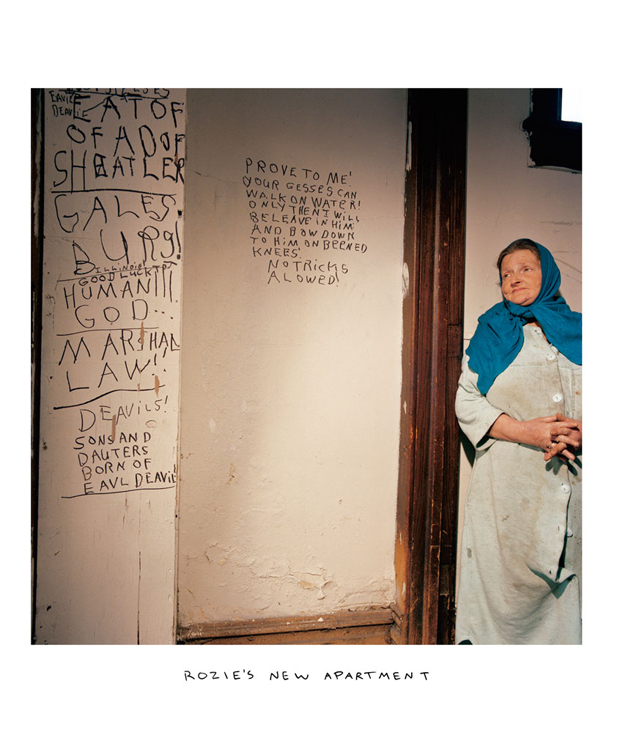