Inside the Bizarre World of a Religious Trade Fair 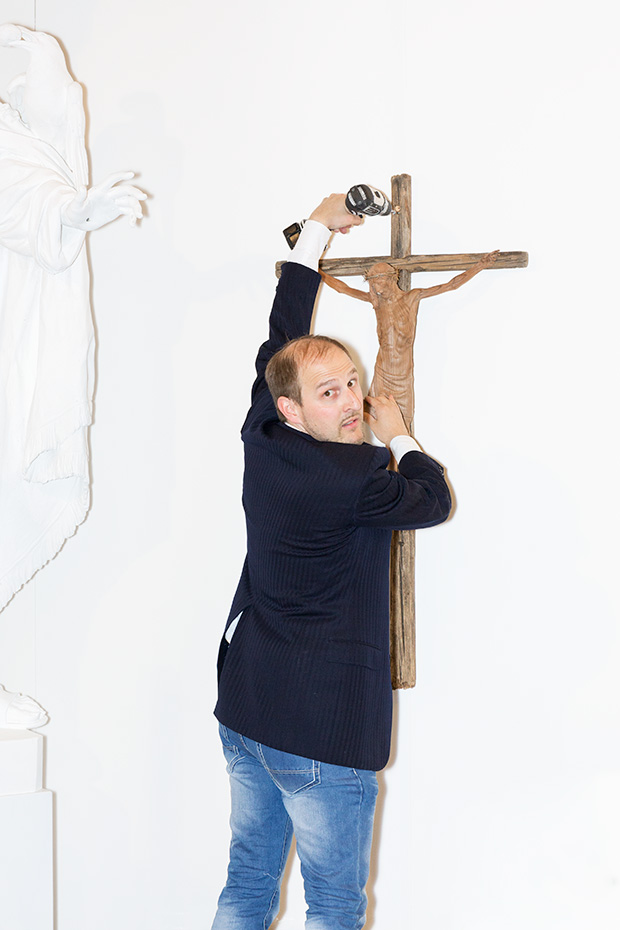 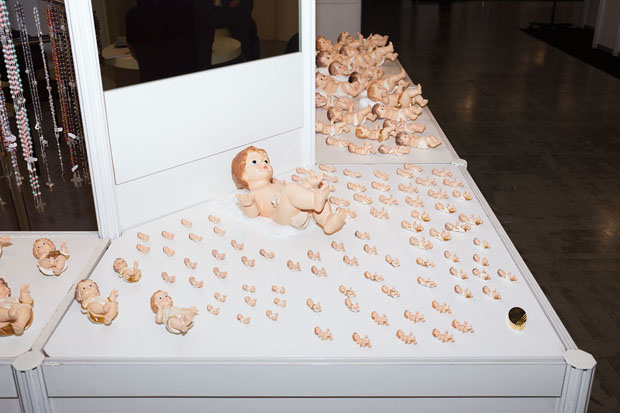 While wandering the streets of Rome, Berlin-based photographer Louis De Belle was intrigued by the abundance of clergy apparel shops surrounding the Vatican, and after some investigation he discovered the religious trade fair which forms the subject of his new photobook, Besides Faith. This biennial fair sees thousands of buyers and traders converge in a transient space in the North East of Italy, to exhibit and sell their religious merchandise – including holy figurines, devotional candles, and haute couture for priests.

According to the BBC, the overall religious goods business in Italy is estimated to be worth something like £3.4bn, and though some would criticise the capitalisation of sacred goods as being almost sacrilegious, De Belle’s intent was to maintain an objective point-of-view throughout his series. He says, “I wanted to focus on how our perception of sacredness might change by looking at religious items displayed, or even just handled in an unusual way. Hence the title came along with the decision of detaching myself from the subject: I wanted to ‘witness’ rather than ‘judge’”.

Although it attracts over 13,000 people worldwide including sellers, members of the religious industry and representatives of the clergy, the event is not open to everyone. “Usually it is difficult to gain access to an event like this,” admits De Belle, “but it didn’t take long for me to access as a journalist… In the end, it’s a trade fair: they all want their products to be photographed”.

Surrounded on all sides by items neatly displayed, pristine backdrops, and having a unique subject matter to photograph, De Belle had all the formula for a successful photo-shoot at hand. Ultimately what he presents us with in Besides Faith is a comical study of the absurdity all around us: here is a non-place “where last suppers hang before modest refreshments and agonising crucifixes are being quickly deposited with cordless screwdrivers, while industrious sisters do their business”.

When asked if he encountered any challenges while shooting, De Belle said: “After sharing full days with priests and sisters, my mental state was rather unsettled. The amount of people and objects — with relative interplay — was overwhelming, and when it came to sift through the photographs and narrow it down to a meaningful selection, it was a hard one. I’m not sure if God helped me, but so far looks like he didn’t oppose…”

You can view more of Louis De Belle’s work on his site: www.louisdebelle.com, or follow his Instagram: @louisdebelle. His series, Besides Faith, has also now been compiled into a self-published photo book, printed on gold paper. 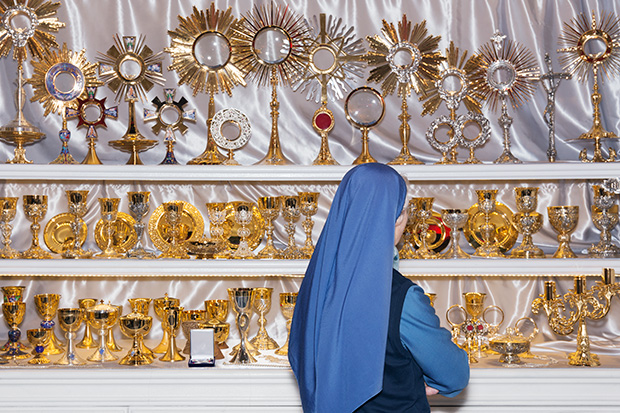 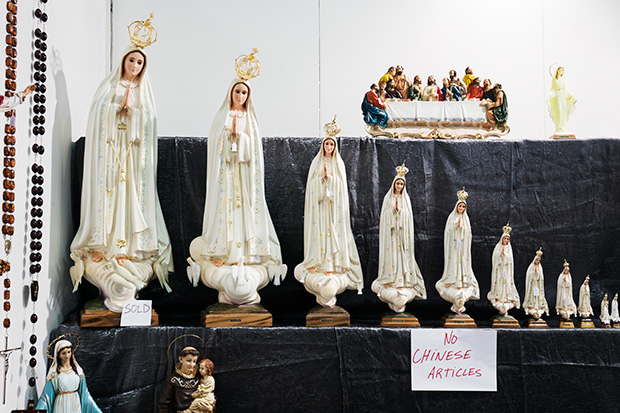 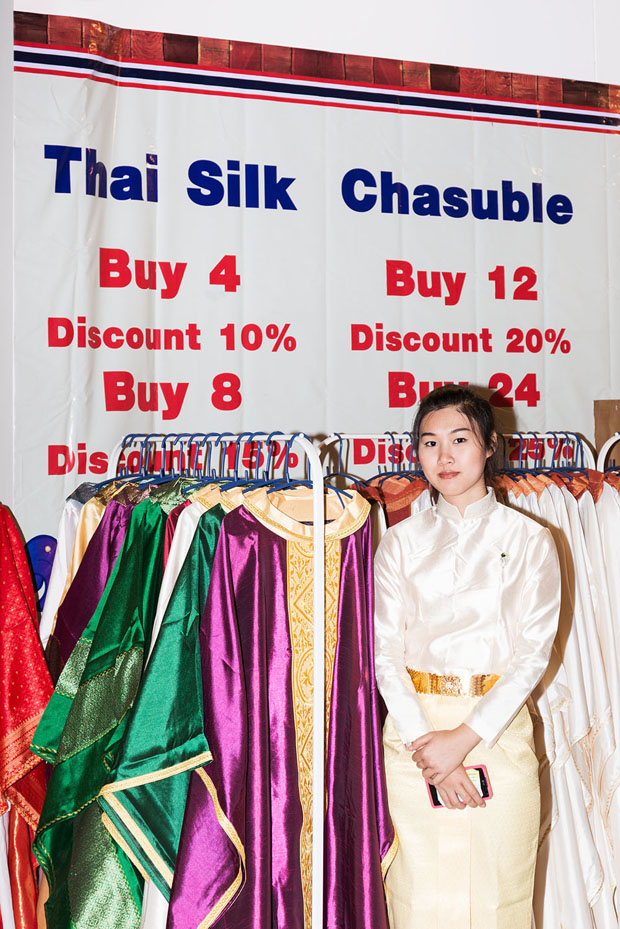 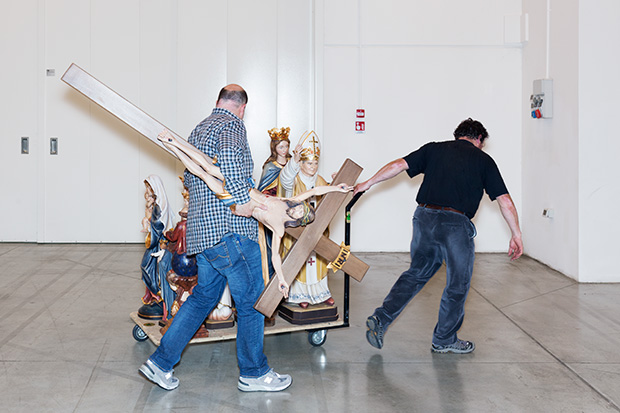 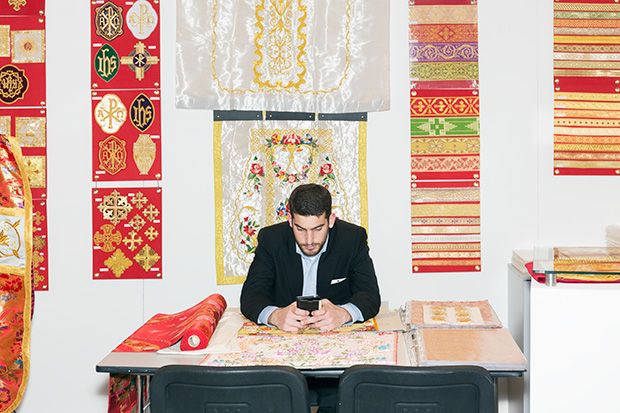 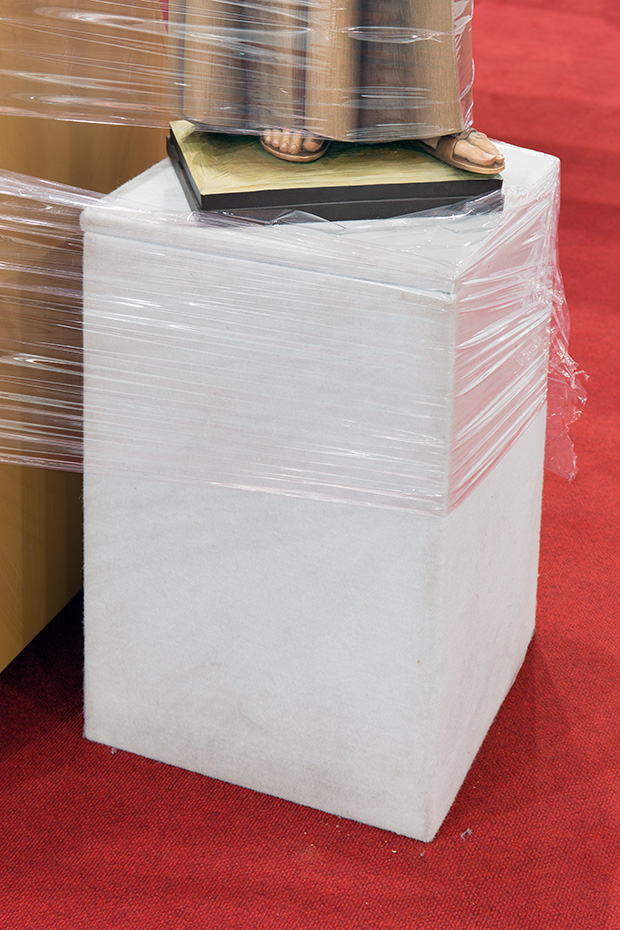 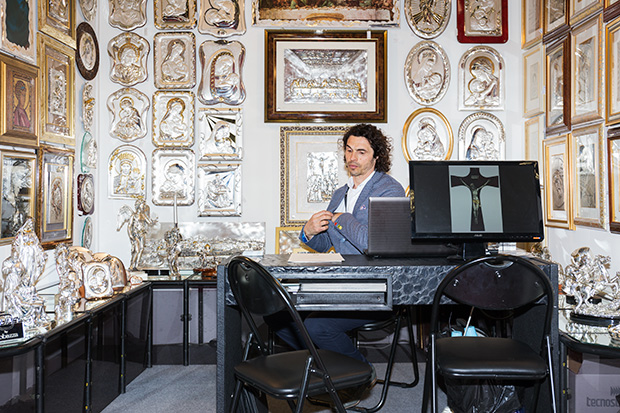 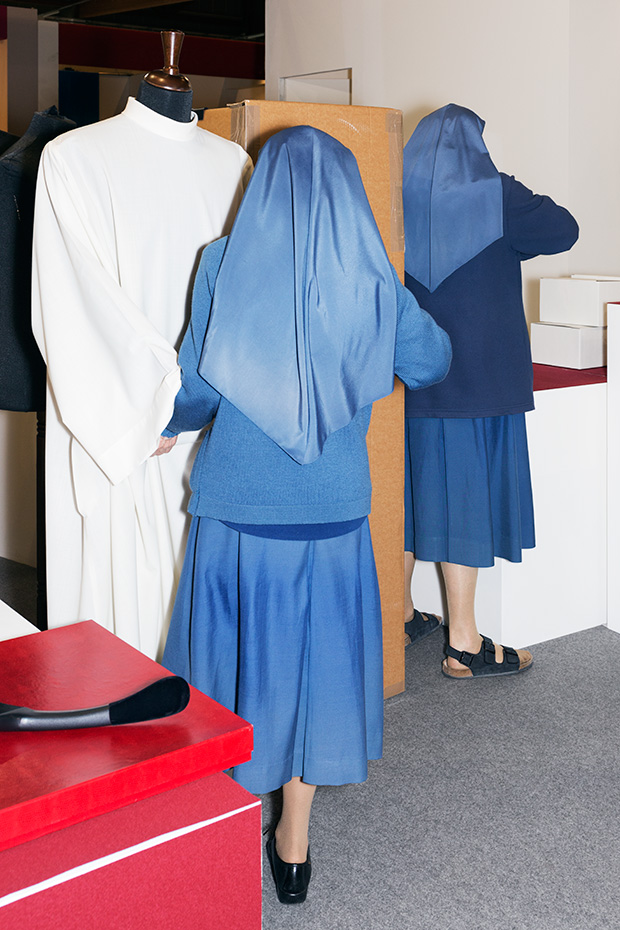 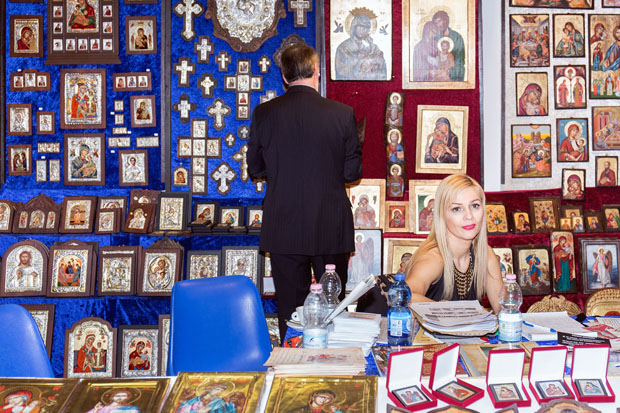 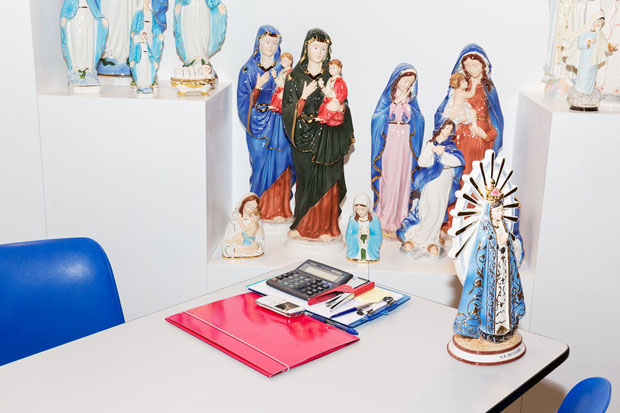