Fictitious Expiration Dates and the Pressure to Produce Art 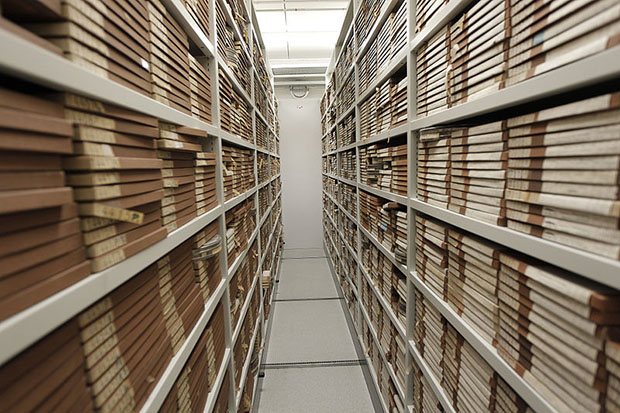 Artworks must have been completed within the last two years. This sentence arises amidst other requirements for exhibition proposals, juried competitions, publications, and other venues for showing ones art. It seems harmless enough, maybe even helpful, encouraging artists to continue producing work during their busy lives. And yet I have recently begun to view this requirement as one piece in a larger problem: an expiration date on art. While generating new work is unquestionably important, the implication is that older work, work that is over two years old, has expired and is no longer of interest to these particular venues. In an effort to stay relevant, artists are pressured to release new work on a swifter timetable.

The two-year requirement pushes artists to produce new work with more frequency rather than better quality. It perpetuates the idea that photographers need to have a body of work out in the world and another waiting in the wings for when the dust begins to settle on the first. After completing a portfolio there should be time to enjoy the work, to reflect on it, and to nurture it through promotion and exhibition.

The internet is perhaps the most harmful proponent of constant production. There are weeks when I will see a particular body of work appear regularly across the blogosphere. Exposure is generally good for artists, and the broad audience that the internet provides undoubtedly has its benefits. Unfortunately, the frenetic pace of the digital world often means that last week’s feature of an artist’s new project must be pushed aside for this week’s “next big thing.” A body of work that may have taken years to complete is set aside all too soon. Artists spending time on the internet are aware of this phenomenon and feel pressured to churn out work at a rapid pace. Artists fear that if presented years after its internet blitz, some critics will dub their work “old hat” out of disinterest for a series they have seen before.

The pressure to turn out work can come at the expense of artistic growth. Exhibition deadlines can deter an artist from embarking on new directions and newly minted portfolios and books can come off as extensions of existing work. Exploration—not just in ideas, but in techniques and materials—can come with a steep learning curve, requiring time for trial and error.

Too often, the resulting body of work is pushed out of the nest before it is ready. Portfolios that are not fully resolved are published on the artists’ websites and submitted to contests, publications, and galleries. In order to develop mature concepts, write a great statement, and give a portfolio the attention it deserves, each new project must be allowed to have its own evolution before being released into the world. This evolution is all too often rushed and incomplete as artists release new projects in an attempt to retain the limelight.

In truth, not many people have had the opportunity to experience the “old work.” In an era in which we are inundated with images, it takes time to sift through the abundance of photographs and discover something great. We make art to be timeless, to be bigger than the moment in which it was created. Thousands of museumgoers pay admission to view works by photographic legends. These artists are not making any new work. The photographs on view have been seen and studied, discussed and critiqued for decades. Yet we continue to enjoy them and find them relevant. These photographers prove that artwork does not expire. Bodies of work that have been carefully cultivated and fleshed out are worth the time it takes to produce them.

I whole-heartedly support artists who strive to create and who push their own boundaries, but I also believe that most fully realized portfolios take time. The idea behind the two-year time limit is to ensure that exhibitions and contests are showing art that is fresh. There are other exhibition restrictions that some venues impose which better reflect this mission. Some exclude work that has been previously published or exhibited at the venue, or artists who have had a solo museum exhibition. Under such restrictions, photographers can submit their strongest images regardless of when they were made or what blog they have been featured on.

Endeavoring to continuously produce art is admirable. It is equally important for an artist to take some time away from producing and to focus on other elements of their career. Promotion and exhibition, or taking time to recharge and put some distance between the most recent series and the next, are important parts of the creative process. If the new series takes the academic 14-week calendar to complete, then full steam ahead. But if it takes 14 months or 14 years, that is okay too.

Photographers, unlike many other artists, work in a unique medium that allows for reproduction. Printing in editions makes it feasible to have a series shown consecutively in multiple venues. Photographers can and should continue to exhibit their works until the edition sells out. This calls for an end to the “two-year sentence” that so many photographers face. While new work is being created, older work should be promoted and exhibited to both introduce new viewers to the art and because good photographs will not become irrelevant as time goes on. Unless the photographer in question is well known, chances are that their earlier work has yet to be experienced by most of the world. If the work was good when it was new, then it will continue to be good three, five, or fifty years down the line.

This article first appeared in print in Issue 2 of Don’t Take Pictures.