Images of a Russian City Destroyed by Modern Construction 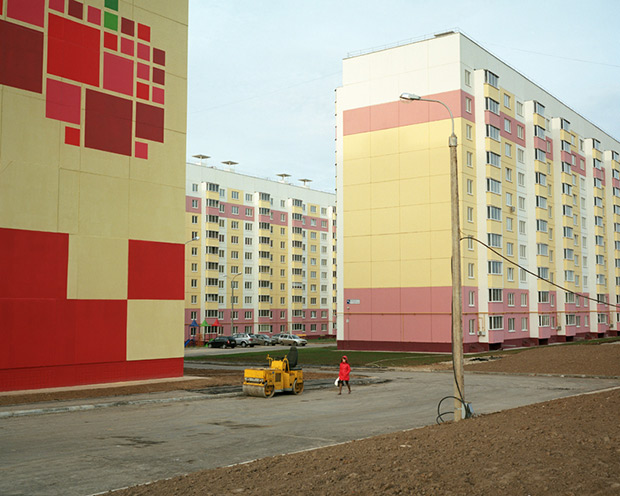 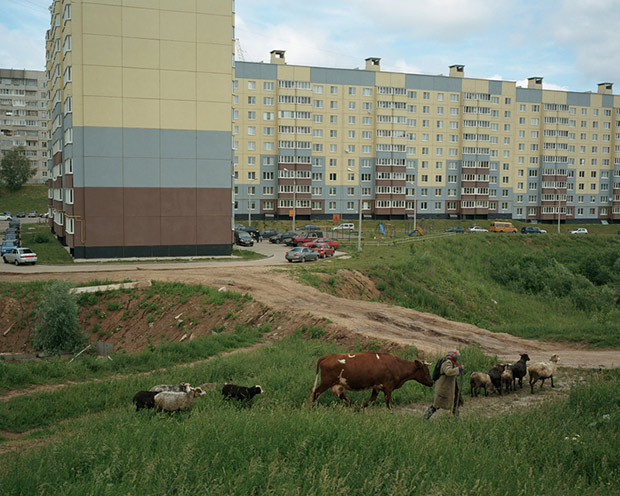 Known as “the town of seven hills”, the city of Cheboksary, Russia is rolling with ridges and ravines that scatter local landmarks and housing across the uneven landscape. At just under 500,000 citizens, Cheboksary has seen a radical change in the last ten years due to overbuilding and thoughtless use of the land, leaving a dangerous and irrevocably altered region in its wake. Photographer Sergey Novikov documents the curious phenomenon in his series Most Frequently Visited Hills and Ravines.

Cheboksary’s situation is a common one for the rural populations of Russia; a depressed economy and slew of dubiously available long term loans allowing developers to erect flimsy industrial housing across the countryside. Previously unused territories are now being plowed down for low grade mega complexes, some perched precariously on the edge of cliffs and crevices unsafe for construction in the first place. Once distinctive and quaint, Cheboksary and other towns like it are shadows of their former selves, the hills flattened for easy building and the ravines often filled with demolition refuse. Residents are forced out of historic, local housing to make way for tower blocks, the city’s character dwindling away with each new structure.

Novikov captures the town in sweeping images that swallow Cheboksary’s residents whole, dwarfed by the monoliths of a new suburban landscape. Whether driving cattle through a construction site or picnicking near sewage pipes, the souls of this once rural community look lost in a home now unwelcoming and desolate. Most Frequently Visited Hills and Ravines examines more than just Cheboksary, but the sacrifice of consumerism and development across the Russia. 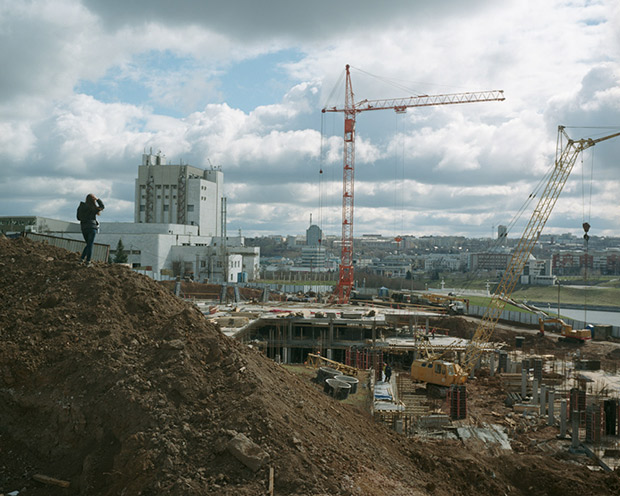 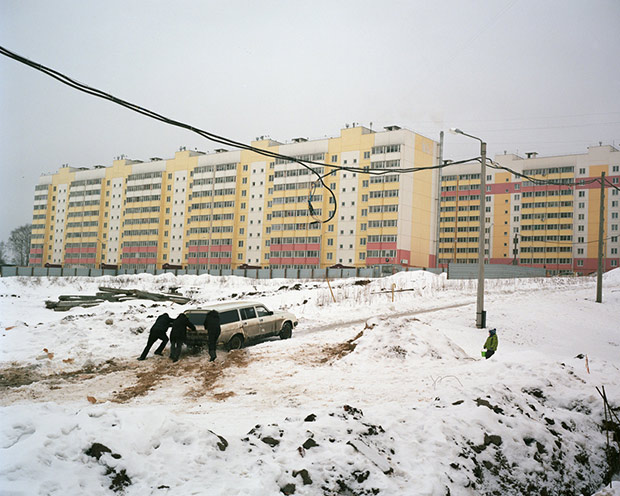 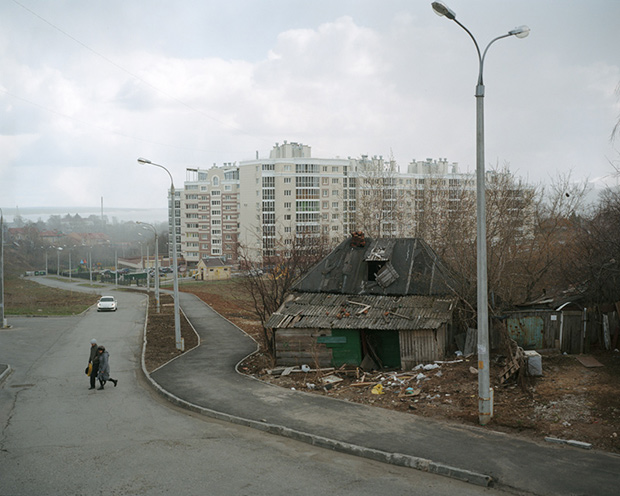 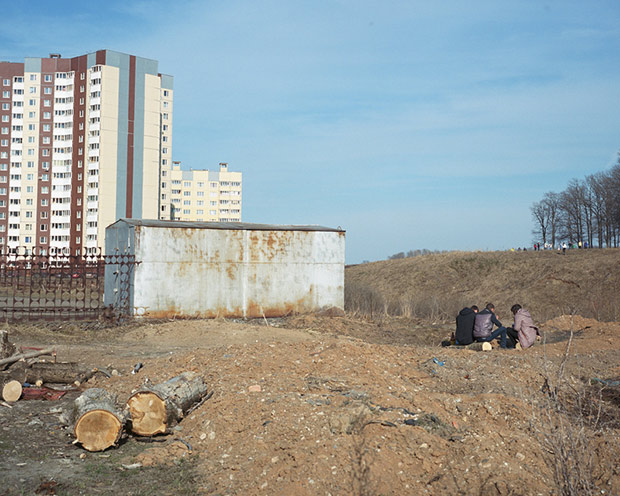 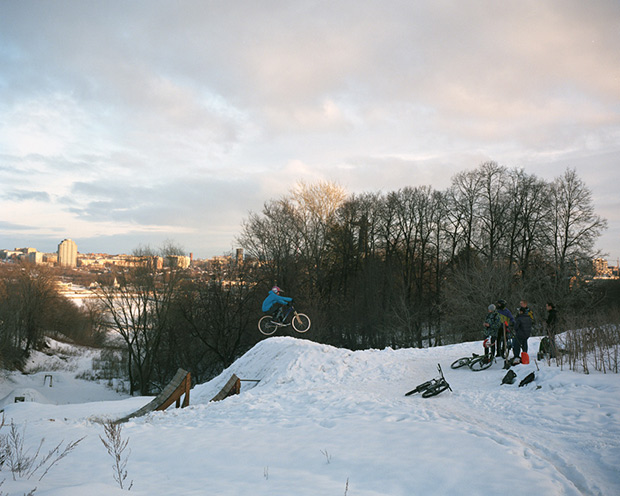 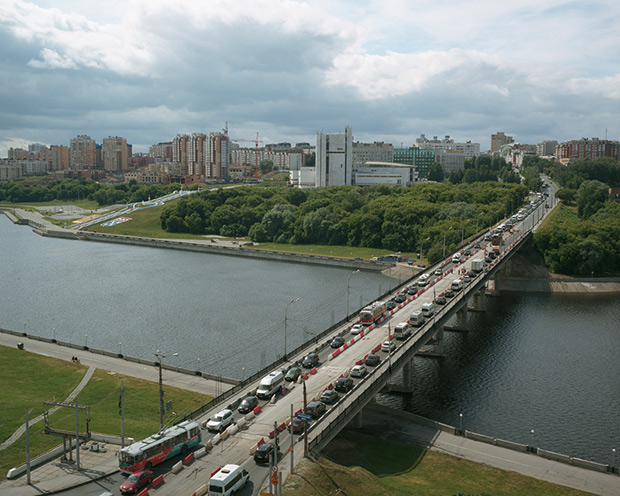 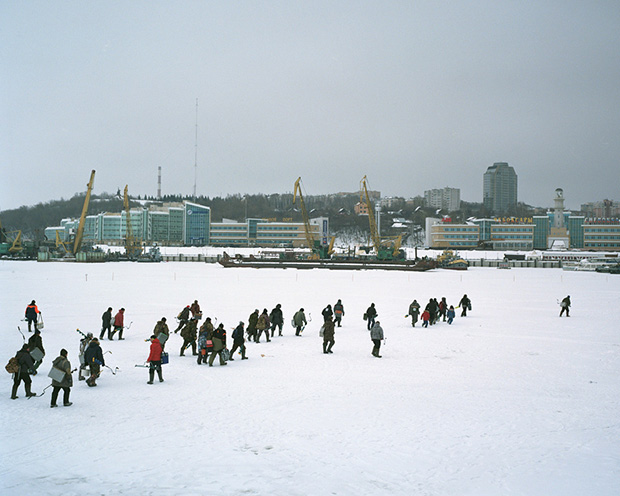 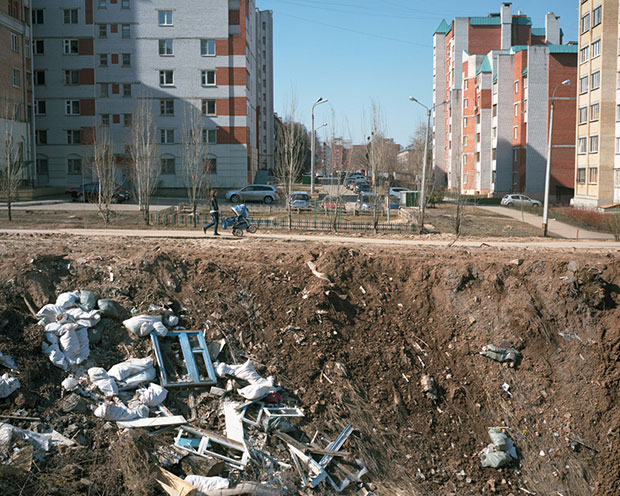 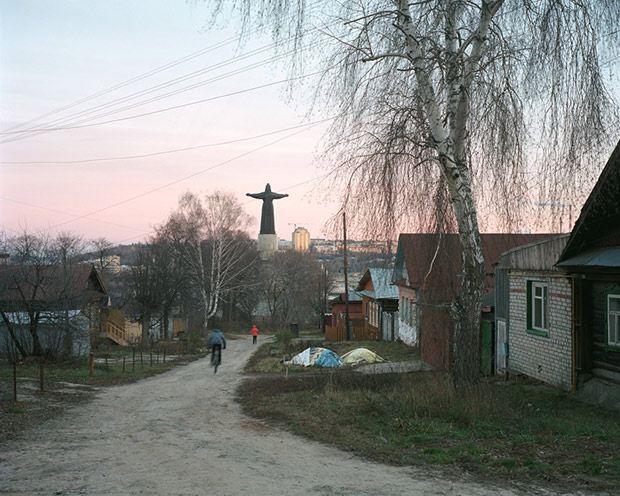 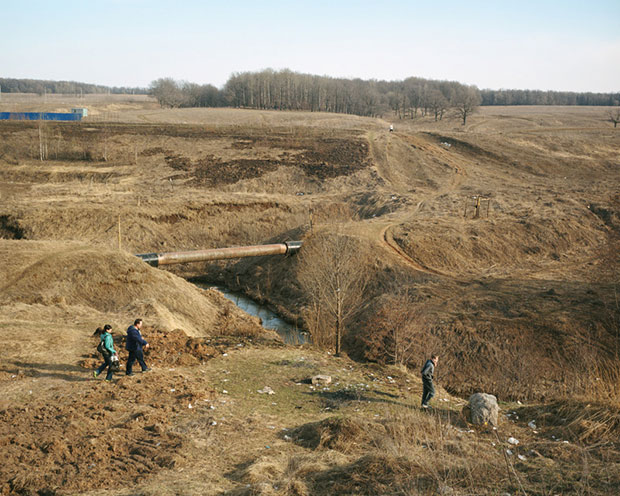 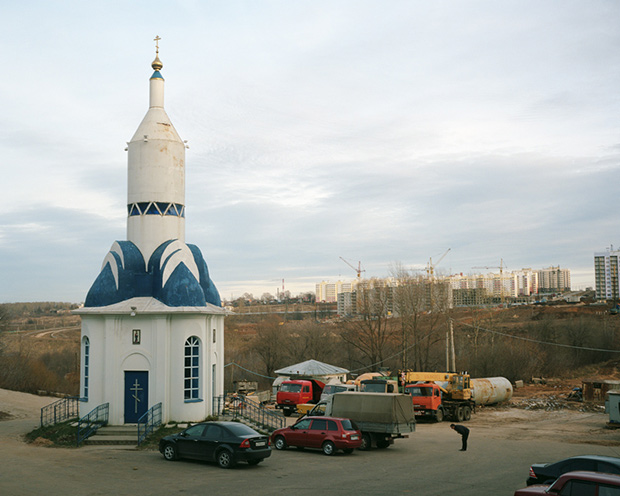 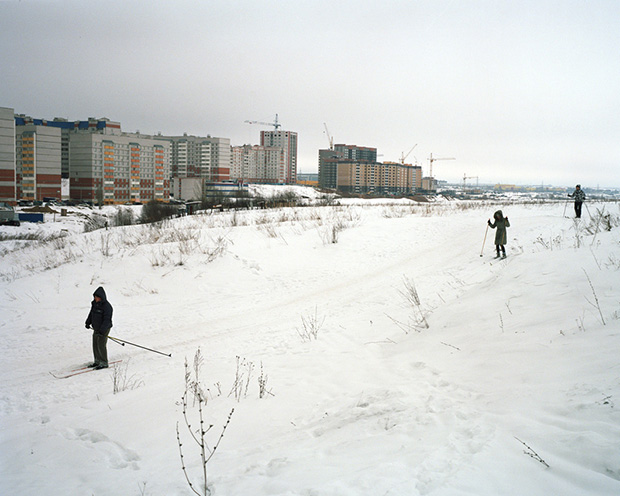