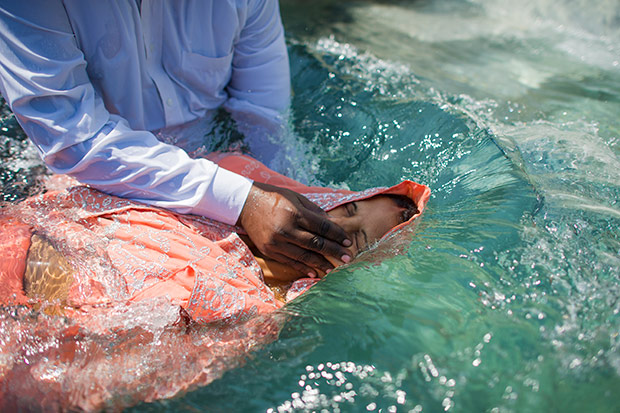 The country of India has a dense population of just over 1.2 billion individuals, the overwhelming majority practicing Hindus. Christianity ranks as the 3rd largest religion, an minuscule number given that only 2.3% claim to be Protestant. Photojournalist Gary S. Chapman captures a “new believer” of the Christian faith being baptized in New Dehli.The ritual plays an important part in joining the religion, often taking place in local rivers or pools and performed by a presiding minister. Recent decades in India have seen conflicts between Hindus, Muslims and Christians alike. Today, living as a Protestant becomes a distinctive mark on one’s household in ways both large and small.

This photo and many others from Chapman are available through Offset, a new curated collection of high-end commercial and editorial photography and illustration from award-winning artists around the world.

Offset is an exclusive category channel partner on Feature Shoot.