The Electrosensitive: Portraits and Stories of Those Who’ve Been Made Sick by Technology 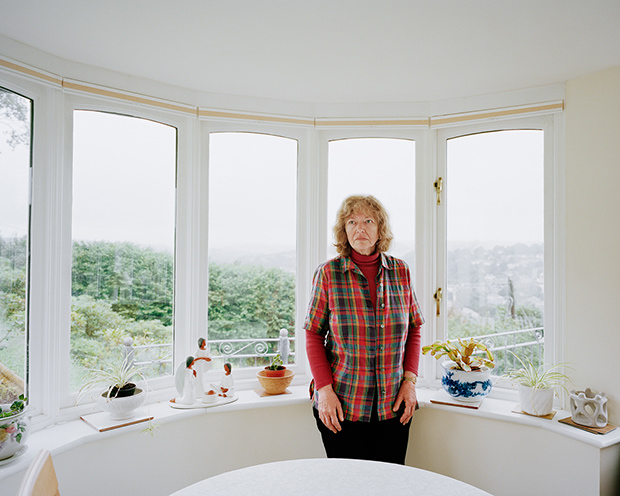 Developed severe tinnitus and then insomnia and heart palpitations after a next door neighbor in her terrace had wi-fi set up in their home. She is photographed at a friend’s home on the edge town. She felt more at ease here away from the ‘electro-smog’. 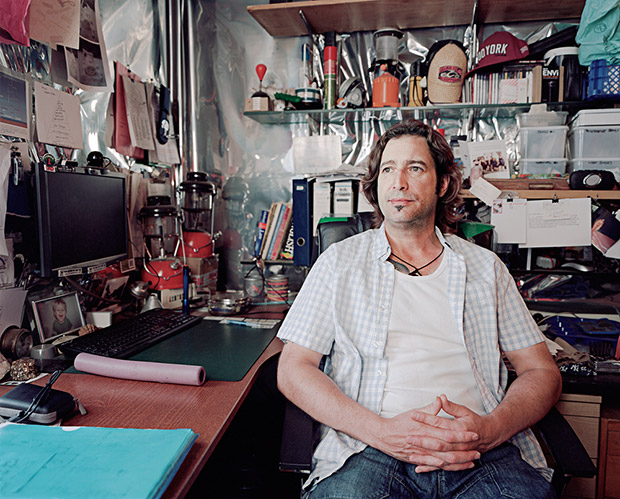 May is a skilled cabinet maker and runs a property maintenance company. He discovered he suffered from EHS after buying a Nintendo Wii for Christmas. His electrosensitivity has made it very difficult for him to run his company as he finds it painful to work in areas with wi-fi or a strong mobile phone signal. He is photographed in his office, which he has insulated against EMF’s. He is actively campaigning to have wi-fi removed from his son’s school.

Electrosensitive: Outliers in a Wireless World is London-based photographer Thomas Ball‘s investigation into the conflicting evidence and real-life traumas of people who claim to be made ill from the electromagnetic fields of wireless internet, mobile phones and other devices. Those suffering with Electromagnetic Hypersensitivity (EHS) experience varying degrees of physical discomfort and pain on a daily basis. Symptoms include headaches, rashes, memory impairment, heart palpitations, sleep disorders, fatigue and nausea. For some, battling with EHS interrupts their entire lives, unable to function in a society humming with today’s technology.

Originally skeptical about the issue, Ball discovered the study of EHS to be a surprisingly extreme scientific and academic divide. Though some claim victims’ affliction is merely psychosomatic, highly educated and accredited individuals from both sides present contradictory arguments about the effect electromagnetic fields have on human health. Determined to remain acute and objective, Ball’s series examines the controversy of people unable to live healthily in the modern world and the theories of what possibly hangs in the air unseen. 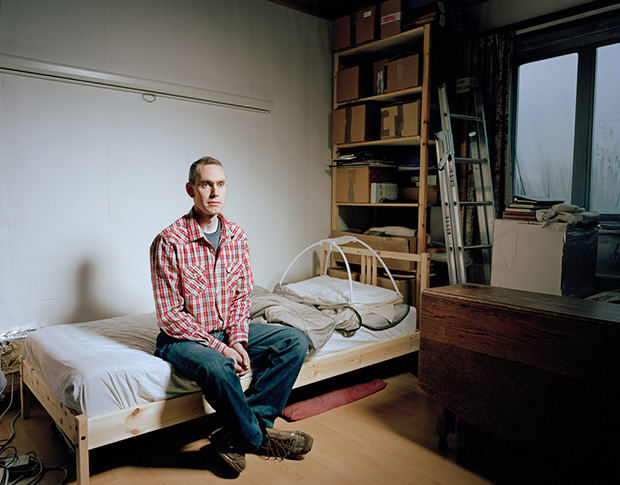 Tim is a science and art history graduate from Cambridge University. He first experienced negative effects from using a computer at the age of 10, but it was only in the last couple of years that he realized he suffered from EHS. He has gone to great lengths to insulate his room and has fitted foil on the walls, under the floor boards and on the ceiling. He sleeps in a custom-made silver netting sleeping bag which protects him from Electromagnetic fields. Tim cannot work in an office environment and his career aspirations have been severely hampered by the condition. He currently drives a delivery van for ASDA. 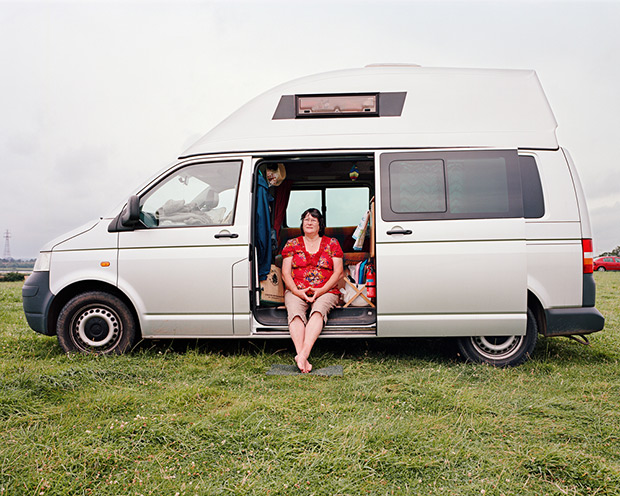 In 1999, Freda became ill after using a CRT monitor at work, and as a result of living beside a mobile phone transmitter for many years. She became electrosensitive and later developed ME. Her symptoms have become so acute that she often spends extended periods of time away in her campervan (nicknamed her ‘lifeboat’) so she can escape the EMF at her home and in urban areas. 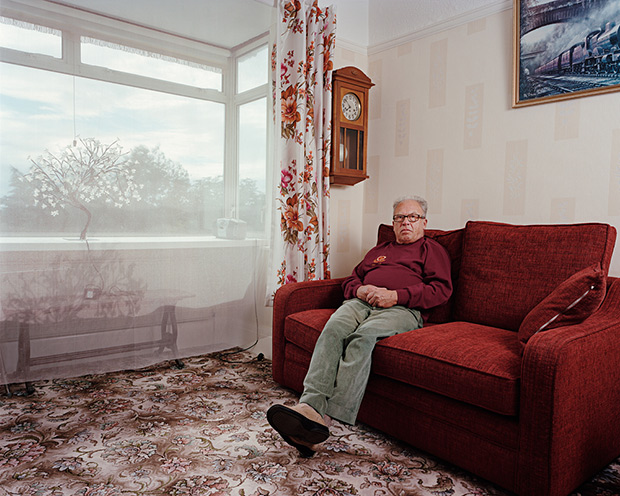 Ray worked as a joiner for most of his life but is now retired. When he started developing severe fatigue and body pains in his late forties, he initially thought he suffered from ME. After many years of analyzing his symptoms and the triggers he started to attribute them to electrosensitivity. He sleeps in an extension to the house which has very little mobile phone reception, and is photographed in his sitting room where he has fitted a specialist material over the window, which he claims reduces the strength of the EMF’s. 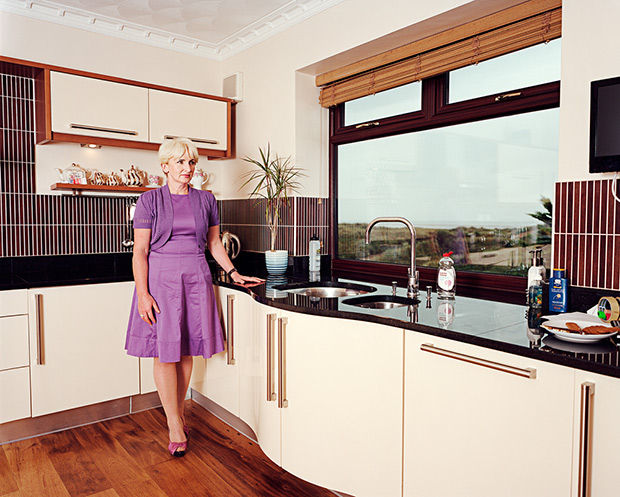 Eileen was diagnosed with breast cancer in 2001, which she attributed to living next to a mobile phone mast at her home in Wishaw, Sutton Coldfield. She organized a very public campaign to have it removed and since then has continued to raise awareness about electrosensitivity and the alleged dangers of man-made electromagnetic fields. She moved away from the Midlands and now lives near Liverpool on the coast where there is no mobile reception at all.

Eileen is a Director for The Radiation Research Trust Charity and works with the International EMF Alliance. 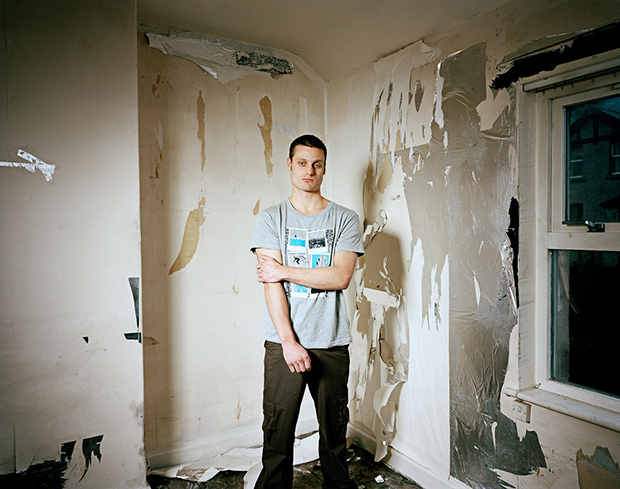 In 2008 Chris moved out of home into his own apartment. He quickly became ill and suffered from headaches, tiredness, body pains and insomnia. He attributed this to the wi-fi he had just set up and to his neighbor’s connection.

His family found it hard to understand the condition, especially when he started to wear a tin foil hat around the house and he had to stop working. In 2010, his mother sent him to a psychologist to try work out what was going on. After a series of tests, he was sectioned under the Mental Health Act, placed on heavy medication and sent to a nearby hospital for treatment. Chris fought to prove his sanity and was finally released when he managed to convince the doctors that his symptoms weren’t psychosomatic.

He is photographed in his bedroom where he has made various attempts at shielding the room from EMF’s, using carbon paint and aluminum foil. 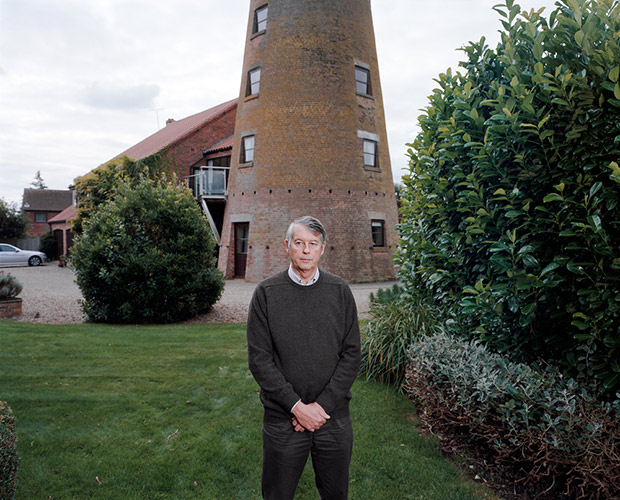 Brian worked with the food company Samworth Brothers for 16 years, ten of which he was CEO. During his time working there the turnover of the company increased from £90m to nearly £900m. After 14 years of using a mobile phone for work he started developing severe pains in his ear every time he used it. The pain became so acute he stopped using a mobile phone altogether in September 2000.

He built an extension to his home which he had insulated to protect him from electromagnetic fields. He also placed a fuse box next to his bedroom so the electricity supply can be switched off entirely while he sleeps at night. He retired in 2012 and has just completed a Open University law degree so he can help fight legal cases for EHS sufferers. 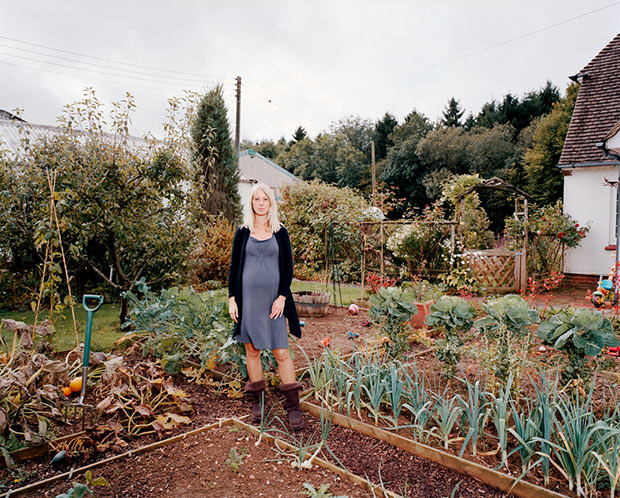 Hannah suffered from psoriasis as a child and started using sun beds from the age of 9, to help clear up her skin. When she was 27 years old, she got a job with the NHS, where she developed severe migraines and fatigue when working under fluorescent light bulbs all day. She never felt comfortable using a mobile phone and the severity of her symptoms got worse when she later discovered a sensitivity to wi-fi.

As a result of her sensitivities to fluorescent lighting, and the difficulties of working in a built up area, Hannah gave up her job as a trainee criminal solicitor in 2010. She now lives with her husband and son on a farm in rural Kent. 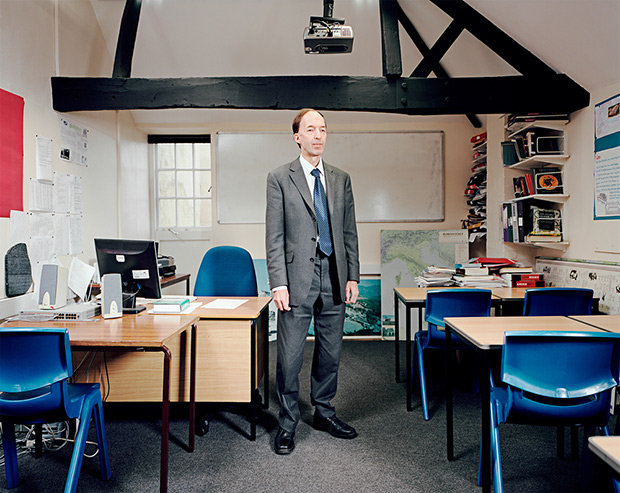 Michael has been a Classics teacher for 34 years. In 2006, the school had wi-fi fitted in his classroom. He immediately developed symptoms of severe headache and heart palpitations. As he had been working in the same classroom for many years without any ill health, he was able to quickly attribute his symptoms to the wi-fi. He asked the school for it to be removed and returned to a wired connection instead, and his symptoms went away. 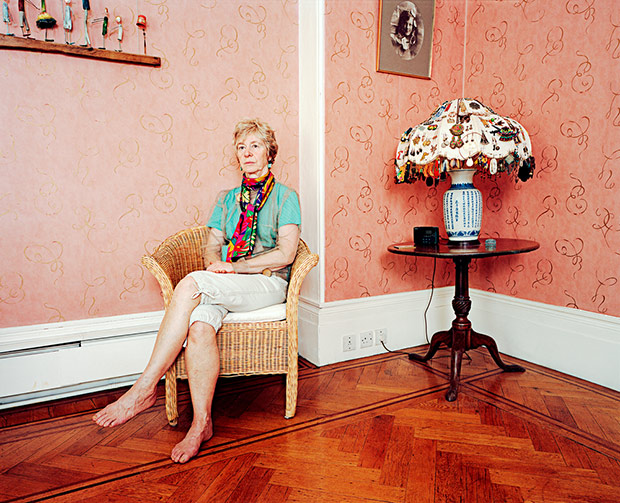 Michelle has run a series of magazines and websites for twenty years covering issues related to food allergy and intolerance. Her electrosensitivity began after heavy use of mobile phones and CRT computer monitors for work. She is affected by most man-made electromagnetic fields and has insulated parts of her house to limit their impact. She started oxygen therapy two years ago, and she claims this has lessened her sensitivity greatly. She is photographed wearing a jacket made from a material which she says limits the impact of EMF’s on her. 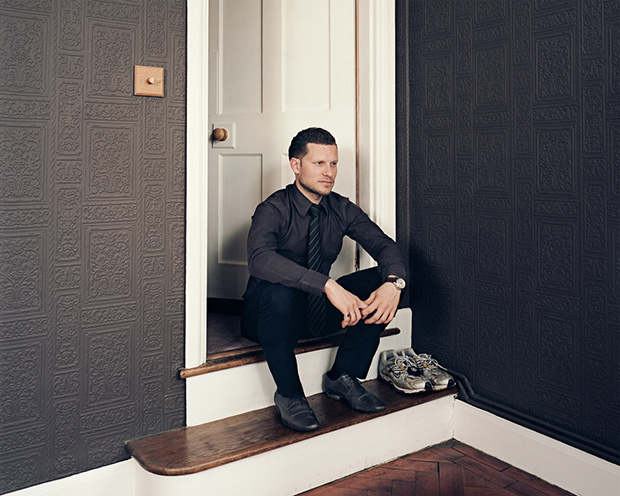 In 2004, while working for a telecommunications company in Kuala Lumpur, Malaysia, Raphael noticed that he was developing pins and needles in his arms every time he worked on his laptop. He also started to experience discomfort in his ear after using his mobile phone for extended periods of time. His symptoms got worse and he began getting headaches and heart palpitations from using the phone for only a few minutes, and this progressed to almost immediate pain when he brought the phone near his head. He decided to stop using his mobile phone altogether and left his job in the telecommunications industry and came to London to become a teacher.

“When you spend a minute on the phone and get palpitations, you know you have to do something about it. I remember one day turning [over] a piece of paper and writing in the middle of the page ‘jobs without a mobile phone’. I had to change everything.”