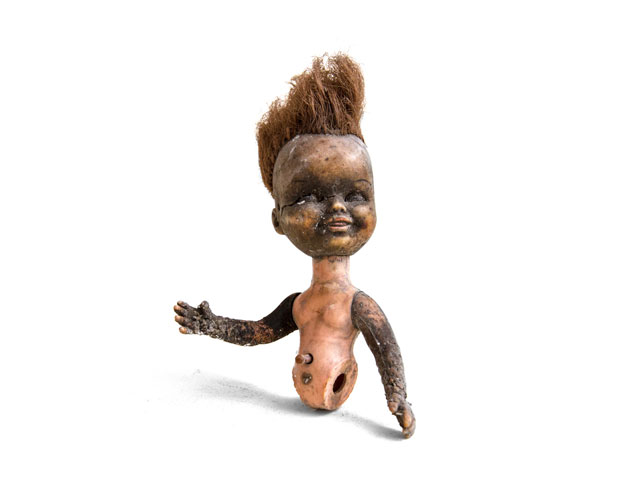 You wouldn’t expect to find doll parts in a Navy barracks, but somehow this misfit toy ended up in a crumbling hallway at Floyd Bennett Field, New York City’s first municipal airport. She’s got more to offer than an incredible hairstyle and a terrifying expression. Press the button on her navel, and those scaly arms come to life! 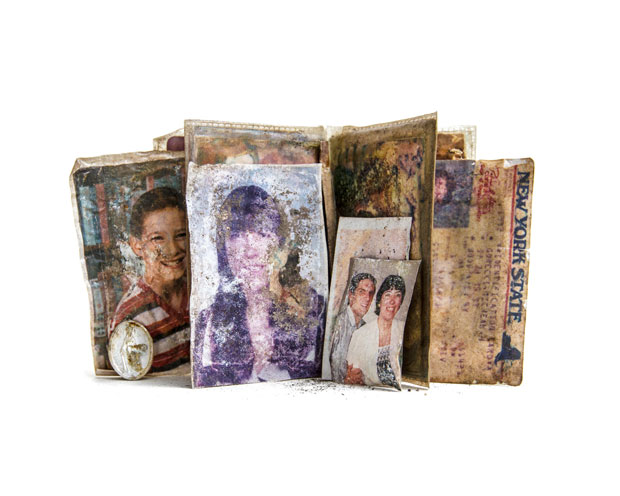 A stolen wallet lingered on the tracks of an abandoned railroad line in Queens for 25 years before I came across it. I attempted to track down the owner, but my search came up empty. (The credit cards expired in 1986.)

Brooklyn-based photographer Will Ellis pops the trunk of his curious collection of salvaged objects from across New York City’s five boroughs in Lost and Found. From ghoulish eyeballs to maudlin doll parts, Ellis has spent the last two years discovering stories buried in the urban rubble. Unearthed from deserted buildings, neglected parks, and far-flung shorelines of the city, Ellis’ stockpile acts as a grimy anthology of exhumed memories and possible treasures. With some objects dating back to the first half of the 20th century, each filthy article weaves a tale left untold, imbued with the spirit of the city that forsook it.

Ellis documents all aspects of the crumbling and vacated lost in NYC’s sprawling metropolis on his blog Abandoned NYC. 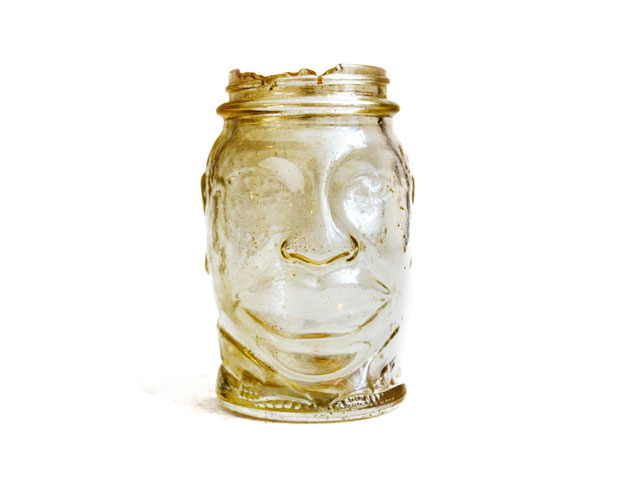 Another find from Dead Horse Bay. These “Lucky Joe” banks were manufactured by Nash’s Prepared Mustard in the 1920s and 30s to celebrate the boxer Joe Louis. The container included a slotted lid that converted the jar to a coin bank once the contents were used up. 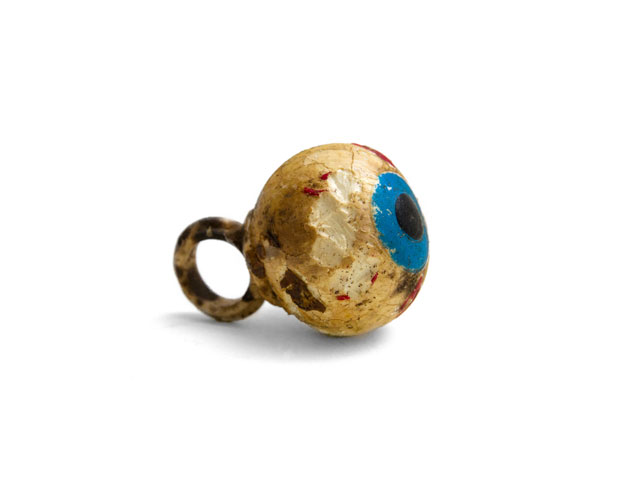 Hurricane Sandy piled huge amounts of debris on the fringes of the Jamaica Bay, and much of it remains to this day on the desolate salt marshes of South Brooklyn. This rubber eyeball ring stood out among the wreckage of broken piers and overturned watercraft. 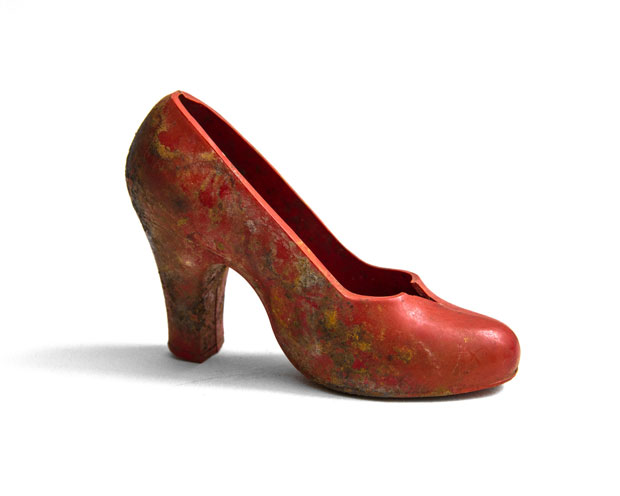 This tiny plastic shoe was found washed up on Dead Horse Bay in south Brooklyn, one of the best places in the city to find old things. The marshy area was filled in with garbage in the 1920s, but at some point, the landfill cap ruptured. Today, the shore is covered with old glass bottles and early plastic toys. 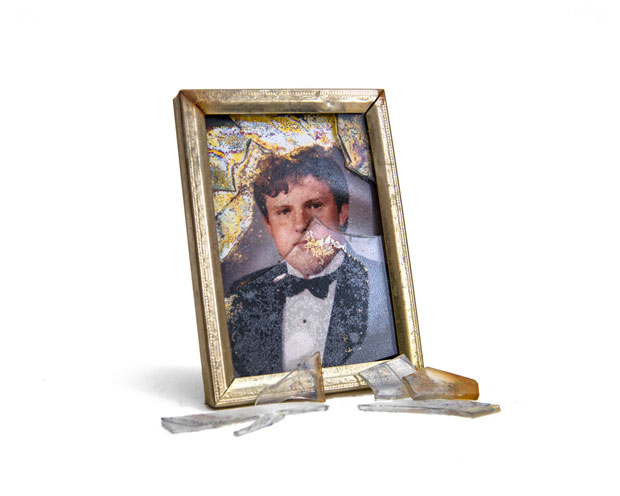 A dapper young man poses for a senior photo in this wallet-sized portrait I picked up in a junkyard on the Gowanus Canal. 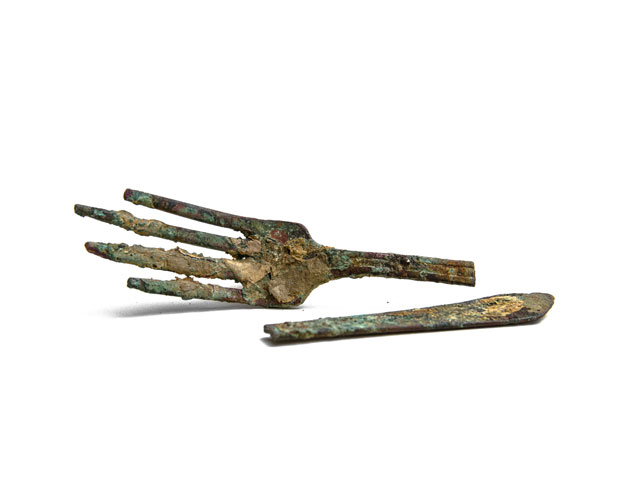 The last person to use this fork lived in a vastly different city than the one we know today. The utensil broke in half when it was picked up nearly a century later at Dead Horse Bay, corroded by years of exposure to salt water. 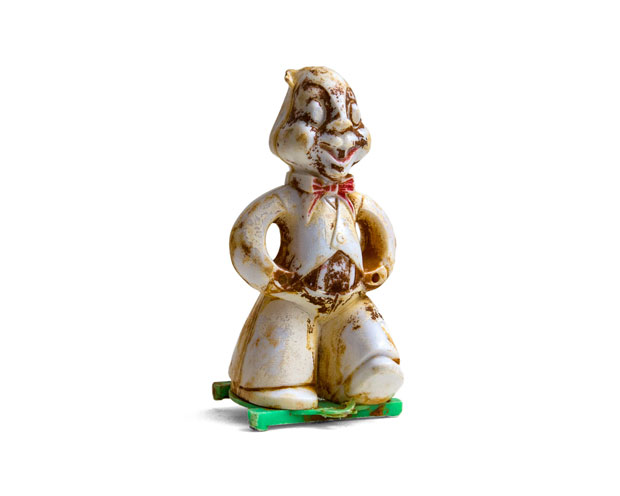 The cheerful disposition of this Easter bunny pull toy became something much more sinister after decades of burial in the sands of Dead Horse Bay. It was likely put in the garbage when it lost its rabbit ears. 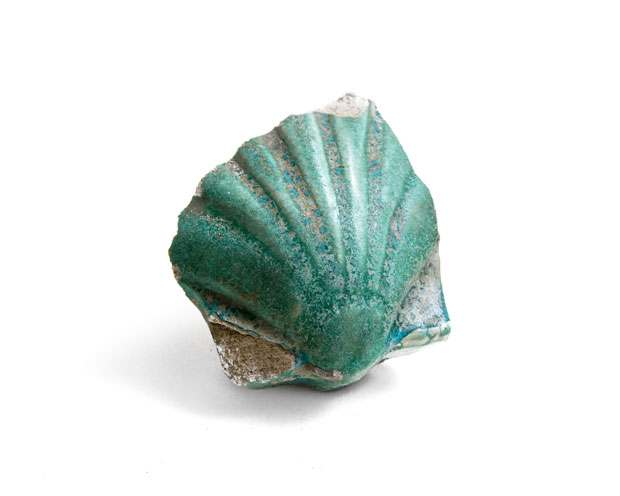 Beautiful ceramic mosaics are the most striking feature of the abandoned Sea View Hospital complex on Staten Island, located just across the street from the New York City Farm Colony. These seashells are used as design motif throughout the building. 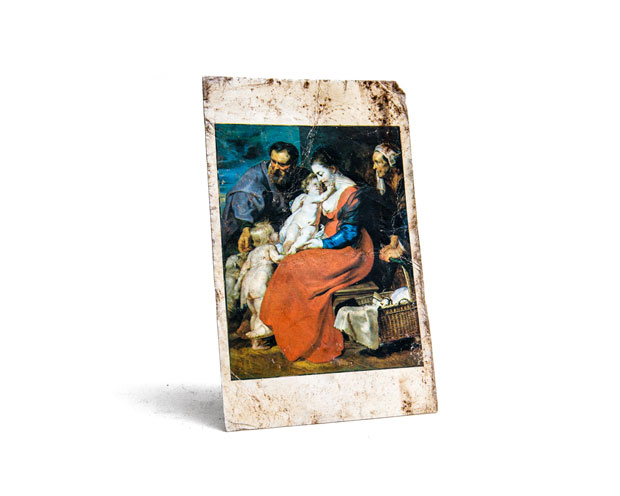 Scattered belongings and family photos became a tragic and ubiquitous sight in New York City in the wake of Hurricane Sandy. This postcard depicting Rubens’ “The Holy Family” was found in Cedar Grove, Staten Island a few months after the storm leveled a row of houses nearby. 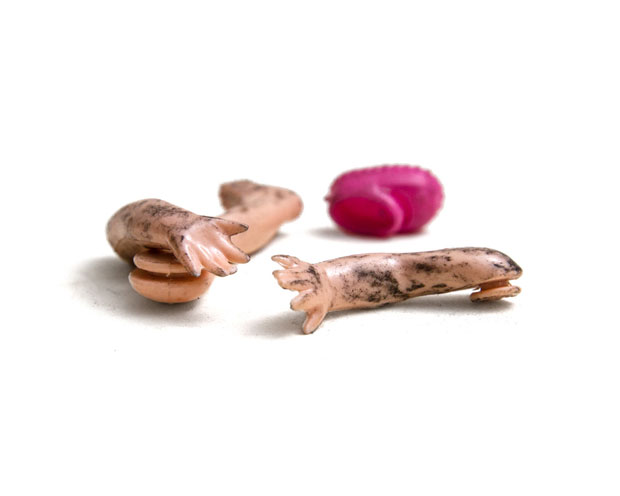 Skidmarks mar the pearly remains of a plastic doll picked up on the streets of Gravesend, Brooklyn. Only three limbs and a shoe were recovered, strewn across a crosswalk under the N line. 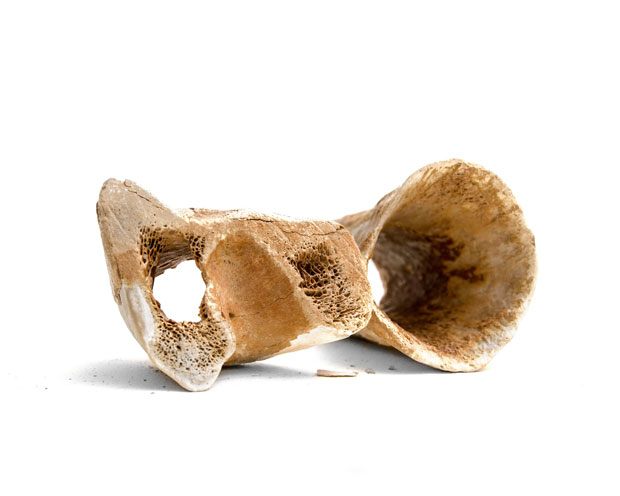 No bag of souvenirs from Dead Horse Bay is complete without a few horse bones. These are fairly commonplace and may date back far earlier than most of the garbage. They are remnants of the area’s industrial age, when dead horses and offal were processed into glue and fertilizer. 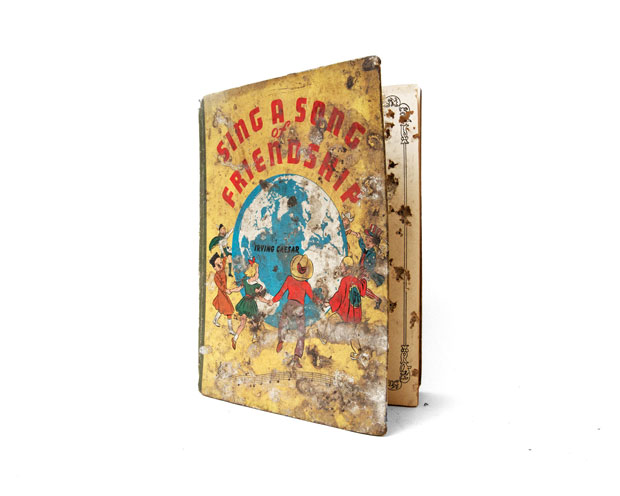 This worm-eaten music book was left behind in a book room of P.S. 186 in Harlem that I didn’t notice until my second visit. Supposedly, the long abandoned school is being renovated into affordable housing and a Boys and Girls Club. 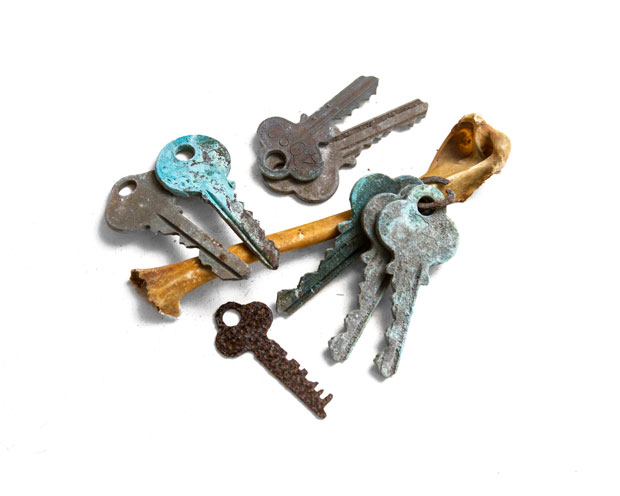 The quarantine hospital at North Brother Island has fewer artifacts than you might expect, but a maintenance building still held a nicely organized matrix of keys. I pocketed a handful of them, unable to resist their attractive sea foam patina. They’re pictured here with a raccoon bone, raccoons are the only mammals present on the island.