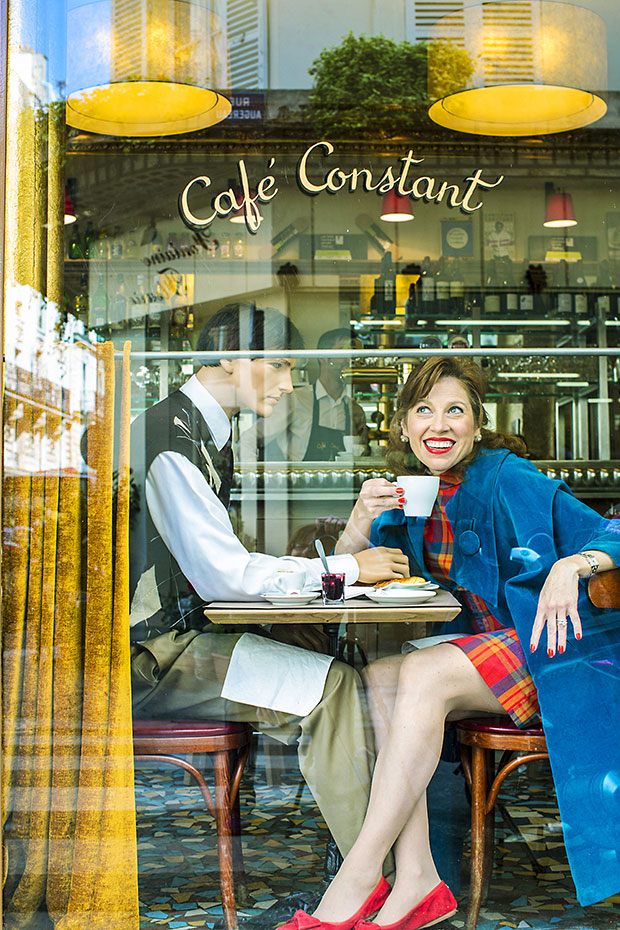 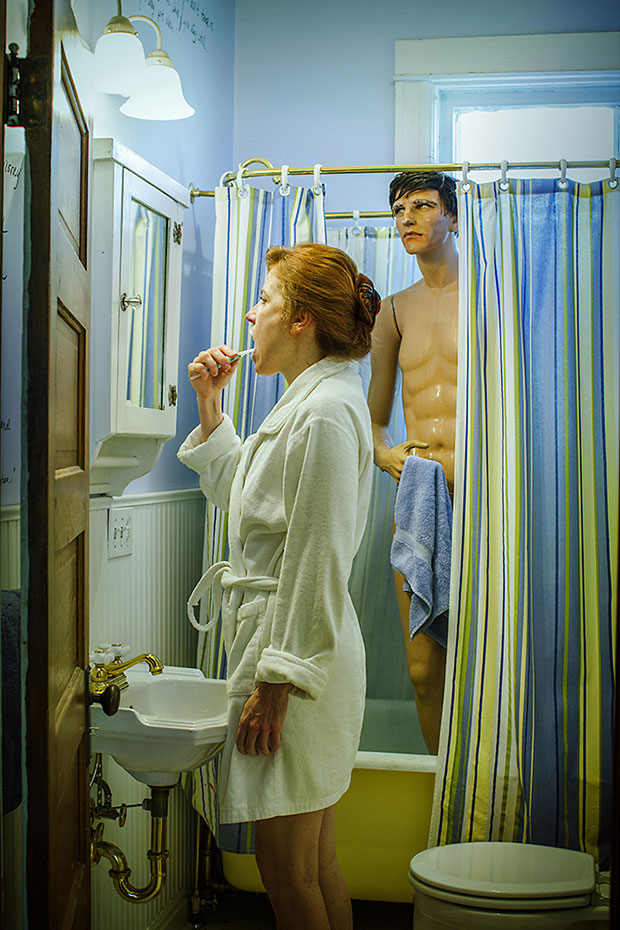 Denver-based photographer and art director Suzanne Heintz was fed up with people asking her when she was going to get married. From her mother’s direct plea, “Just pick somebody!” to others’ woeful sighs of pity, Heintz lived half her life wondering where she had gone wrong. After years of struggling to politely answer the question, she decided to procure the house, husband, and offspring everyone so desperately felt was the pathway to happiness. Purchasing a pair of second-hand mannequins, Heintz set about playing house to achieve the American Dream. From a Parisian holiday to Christmas cards of wildly escalating happiness, Life Once Removed is a sharp, witty critique on the archaic expectations of domestic bliss and fulfillment. 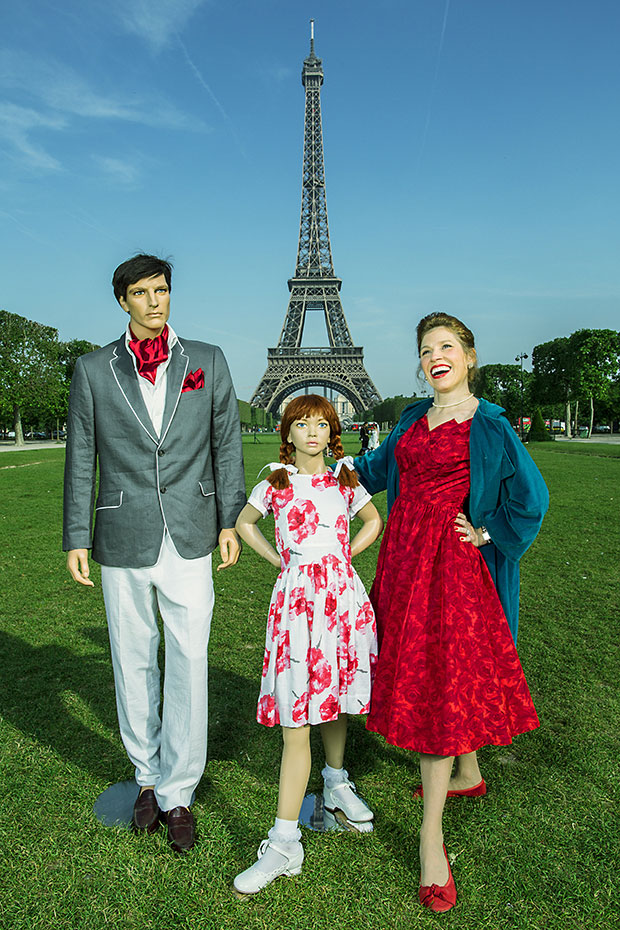 Describe the ‘perfect life’ that is expected of every woman.
“This is a weird time in women’s history. Don’t get me wrong, I’m pleased as punch that I was born when I was. I’ve got more choices and opportunities than any generation of women before me, but our roles have never been more complicated by deeply ingrained mixed messages from both previous and present generations.

“The term ‘perfect’ is no longer used to describe what we’re all striving to be. Now it is called ‘fulfilled.’ But for women, the path to fulfillment is not through one thing, it’s all things—education, career, home, family, accomplishment, enlightenment. If any one of those things is left out, it’s often perceived that there’s something wrong with your life. We are somehow never enough just as we are. We are constantly set up by our expectations to feel as though we are missing something.

“In my case, it seems I was missing the family component, and was suspect for that gap in my resumé as a successful woman. I thought it was high time to call this nonsense out publicly, because this notion is not just about me, nor only about women in regards to marriage. It’s about anyone whose life doesn’t look the way it ‘should.’ I’m simply trying to get people to open up their minds and quit clinging to antiquated notions of what a successful life looks like. I want people to lighten up on each other and themselves, and embrace their lives for who it has made them, with or without the Mrs., PhD. or Esq. attached.” 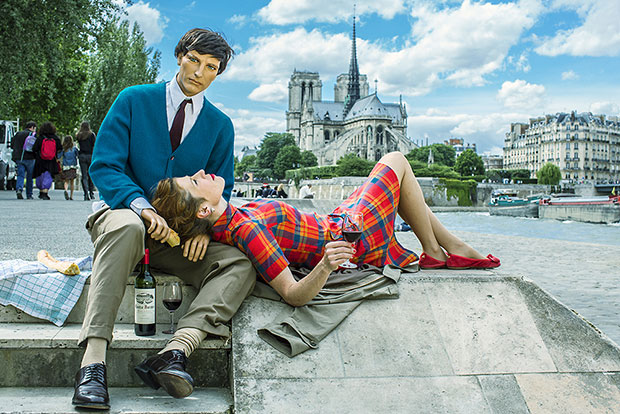 You frequently shoot on location for this series. What sort of response do you receive? Is the interaction with the public an important part of your process?
“It’s exactly why I prefer to shoot in public. While I need the public to act as character and context for the actual photo or video, I also need their responses to make the effort a success as an instigator for social change. The reaction can vary from a raised eyebrow with a head turn, to a blast of laughter, to taking their own snapshots while posing with the mannequins. It depends a lot on the location. But most importantly, it stops people in their tracks long enough to ask me what the heck I’m doing. Because the project is so audacious and flat-out funny, it helps me reach the public, and actually get them to let their guard down long enough for me to have a conversation with them.” 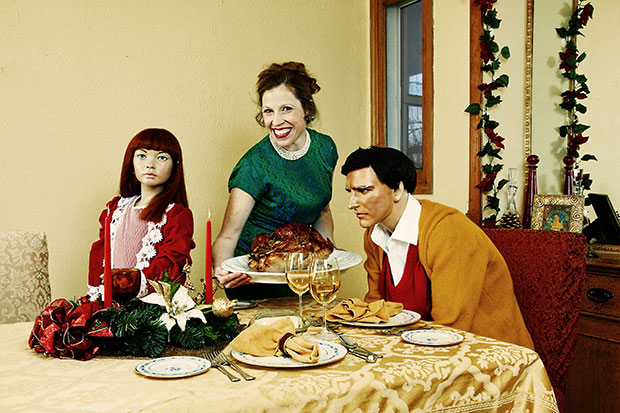 Tell us about the intent behind the increasingly elaborate ‘Christmas card’ photos.
“We love and obey the formatted image of a well-lived life. Nowhere is this more apparent than in the form of the annual holiday family photo cards that have become so popular. For a single girl like me, they seemed ripe for lighthearted satire.

“Family photos, particularly holiday photos, are supposed to capture emotional memories. Now that virtually every experience is photographed and shared for the world to see, the meaning is often lost, and it becomes more about projecting an idealized image. These photo cards are meant to show pride in the growth and development of the family over the years. However, since nobody grows in my family, the scenario has to. The project not only escalates as a challenge for me personally, it also needs to continue to evolve to keep it driving the conversation forward in the public eye.” 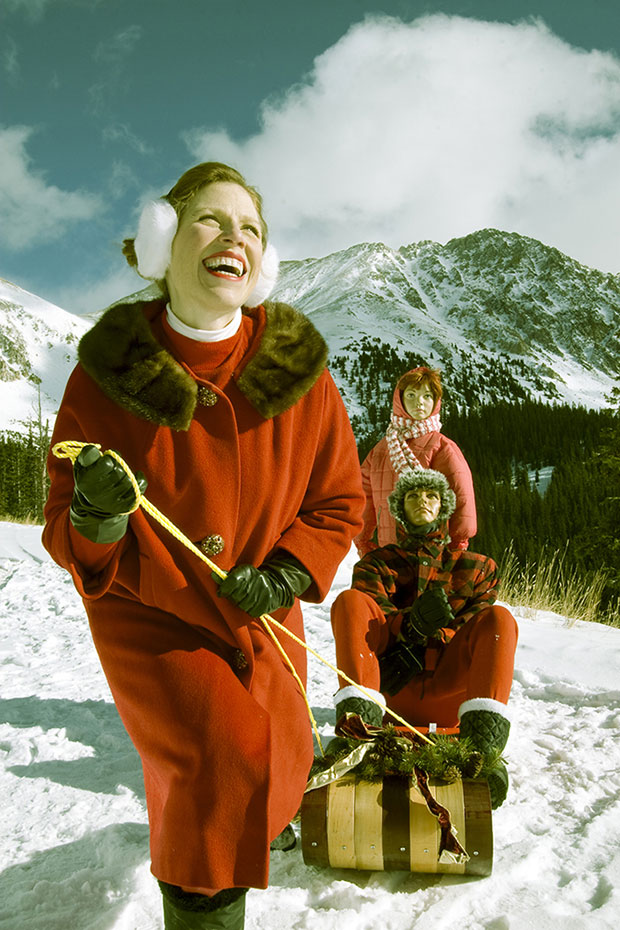 You have taken grand measures to actually enact these family rituals of home, holidays, and vacation. Why was the physicality of the work significant?
“This is why I’ve never used a model for the wife and mother role. It is a self portrait. I personally had to act it out to make the point. I had to physically demonstrate ‘going through the motions.’ If I had married because it was ‘time,’ I’d be living by rote, not choice. That’s exactly what I’m criticizing—acting out a life based on outdated expectations. I construct these artificial scenes of real life to ask, ‘What’s more important? That I’m happy, or that the open position of husband and father is filled in my life?’

“Now in regards to the physical difficulty of transporting and shooting uncooperative fiberglass quadriplegics—why would I put myself through this? It’s because the struggle is what tells you that the message is important. We are all overwhelmed by a flood of insignificant messaging. A message of any significance requires a great effort to be heard. This monumental effort I’ve made is absurd, but it reflects my point. Going through life by rote or spending it feeling as though you did it wrong, are lacking, or not living up to expectations—that’s what is truly an absurd waste of time.” 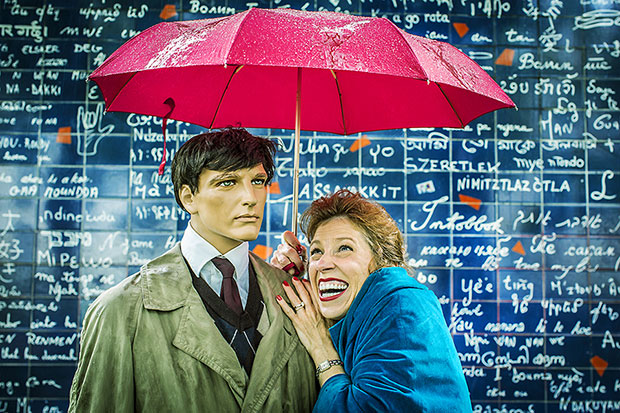 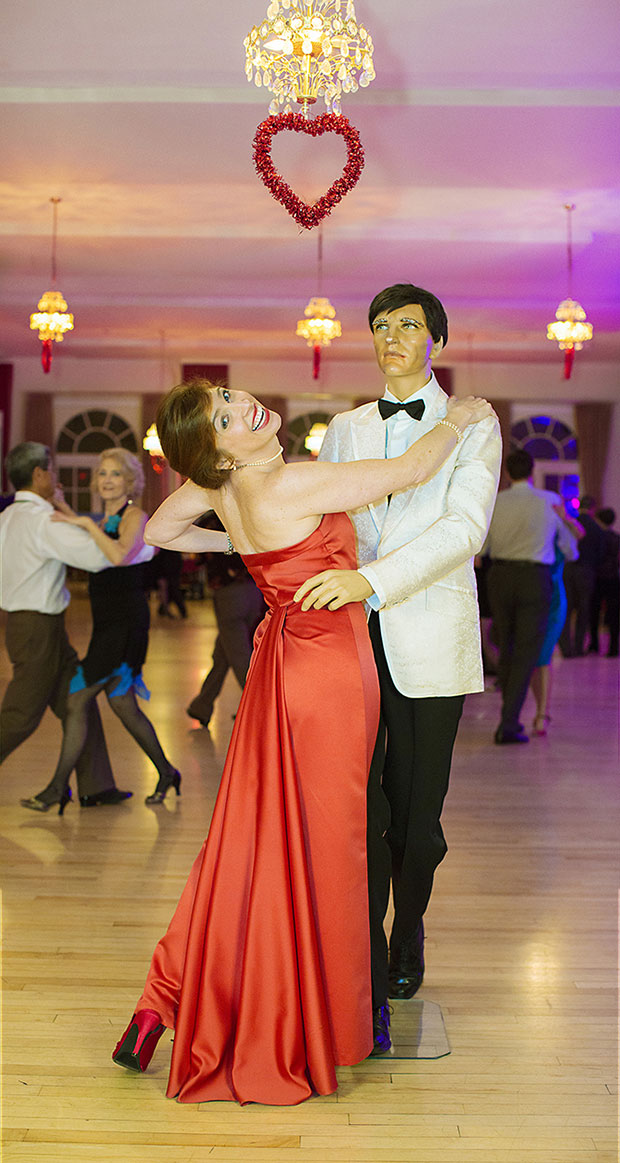