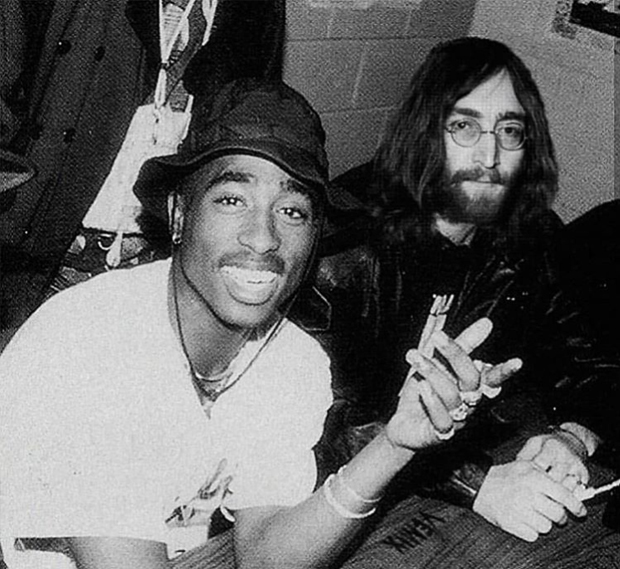 Since Feature Shoot’s inception back in 2008, we’ve managed to showcase some of the best photographers on the planet. But of all the talented people we’ve had the pleasure to interview, only one has been able to capture Kurt Cobain’s secret pet Gremlin, exposed that Elvis is still alive, and witnessed the moment when Pablo Escobar met Mr. Rogers. We present Vemix, the digital artist that’s taking the world by storm.

Nobody knows his real name or has ever seen a photograph of him. Yet, the guy has about 60,000 followers on Instagram and is constantly tagged by today’s greatest celebrities. He’s even got his own entry in the Urban Dictionary, where his name is defined as a verb.

In a time when trolling is the internet’s basic skill, Vemix has elevated it into an artform. His photo manipulations are so realistic, many news outlets have presented his creations as real, and sometimes the very people in the photos think they’re authentic.

Last April, British tabloid The Mirror published an article that claimed Tupak Shakur was still alive, and used one of Vemix’s creations as ‘proof’ of the popular conspiracy theory that says the influential rapper now lives in Mexico.

Just last week, Snoop Dogg posted on his Instagram a Vemix of him as a young man smoking weed alongside none other than Kurt Cobain. “Young dogg with Kurt,” he captioned the image, we don’t know if in jest, or honestly believing the photograph was real.

Vemix’s photo manipulations have caused so much confusion, Snopes, one of the most popular fact-checkers on the internet, has dedicated a couple of entries exposing his photographs.

We stood at the crossroads and midnight, and in exchange for our soul we were granted the opportunity to interview the enigmatic Photoshop artist. A hero or a villain, you decide.

What were you doing with your life before becoming the mighty VEMIX? How have your days changed since that photo of 2Pac exploded?
“I was legit doing the exact same thing. Just your regular Dad Dude. Work, raise, repeat. I have always spent my free time doing something creative, in whatever medium I’m into at that moment. I used to build a lot of stuff and play guitar. But now there are so many fun opportunities doing this, I don’t do much else.

“Basically, everything you see coming from my direction is created between 9am-2pm Monday mornings, while my kids are at school. That’s how I roll. Call the crib, same number, same hood, it’s all good.”

Can you walk us through your retouching process? What’s your usual workflow when you’re approaching a new photo manipulation?
“That’s a tricky one to capture. They usually just kinda already happen in my head before I make them. People generally set out to make one and that’s where they go wrong. If you have to force it, it’s going to look forced.

“You can have two pictures that line up perfectly, with the right angles and picture quality, but if the light source is wrong, it’s just going to look weird. I’ll just be driving or going about my day then a song or conversation will have me thinking about stuff, which leads to a couple pictures kicking around on the back burner, then I dump them in my email to chop them up when I get a chance.

“Anyhow, I try and avoid black and white if I can, it’s just a telltale sign of a Photoshop. But sometimes one of the pics is black and white so you just have to. Alright, I’ve said too much LOL.”

What’s the most difficult VEMIX you’ve done so far, and which one was the easiest?
“The most difficult one would have to be ‘Thermite’, the one with all the rappers in the studio that Dre shared. It took a lot longer than I have the patience for. You can tell from Jay-Z’s mug.

“By that time I was done and I just plopped his obviously photoshopped head on a random body, clicked it to black and white because I didn’t feel like spending a week on blending 20 different skin tones and posted it. All the rest were easy.”

Any Youtube channels or books that you can recommend for anyone wanting to get deep into photo editing?
“I don’t really know much about photo editing besides what I taught myself. I never even followed any other photo editors until recently, for fear of subconsciously biting them. Just keep fucking with whatever you’re doing and do it your way. That’s how ya’ put yo’ stank on it.”

What’s your usual reaction when you see your manipulations being posted by news outlets as real, ‘never seen before’ photographs? What’s the craziest story you’ve come across as a result of one of your remixes?
“I really don’t set out for that to happen, but it often does and I love that shit LOL. I always try and let them know, but they rarely ever get the message or just ain’t tryna hear it and it gets out of hand.

“There have been so many crazy things that have transpired out of one of my pics going viral I can’t even remember half of them. Nothing beats an official shout out from Dre, come on man.”

Come Together As You Are #johnlennon #kurtcobain #thebeatles #nirvana #vemix

In times when the very concept of ‘truth’ and ‘fact’ are being put into interpretation, what do you think is the role of photography in this new ‘post-truth’ scenario? Does work like yours serve to expose media manipulation and make lies even more evident, or on the contrary, does it vindicate fabrication?
“I haven’t put much thought into that. I’m sure I have added a little skepticism to the visual experience online though. Sight is our most powerful sense and the hardest to fool. The lies are in the presentation, not the dish. For the most part, it’s just laziness that’s the real problem.

“These pictures would have been dangerous 50-60 years ago, but we are living in an age of information and ignorance is a choice for a lot of folks. I guess in some weird way, I am exposing the misleading sources by unintentionally baiting them.

“A picture can tell a good story and not all stories are true. Check your facts, folks. If you’re unsure, Google that shit and read multiple sources. But for real, if anything I’m improving history, not taking away from it lol Mike Tyson shared a pizza with a couple Ninja Turtles?! Shiiiiiit.”

Have you ever thought about experimenting with video? Maybe Deepfakes?
“I have been wanting to get into that. It’s a time issue though. Not a lot of time to learn so it will be a while before you see any video Vemix’s.”

Ok, let’s get serious here. Is it true you and Bansky are in constant contact and even have a secret handshake and all?
“Pretty much. It’s more of an inside joke that we share where I send him little messages of admiration and he doesn’t respond or even leave me on ‘Seen’, it’s really cute. Fuck, I could be Bansky for all you know.”

“Oooo that’s a good one. Hmmm. I would love to hear Nate Dogg singing the hook on a Fleetwood Mac song, that’d definitely be dope. Or Biggie on a Suicidal Tendencies track. I don’t see Pac and Kurt meshing well in spite of how often I put them together LOL.”

Your top five favourite albums of all time?
“Licence to Ill – Beastie Boys
In Utero – Nirvana
40oz to Freedom – Sublime
All Eyez on Me – 2pac
Enter the Wu-Tang (36 Chambers) – Wu-Tang Clan

TBT "Even in His Youth" #barackobama #nirvana #vemix