One Photographer’s Poignant Reflection on Self-Injury

“The first instant when I self-injured, I was acting on impulse to try and dissipate some of the overwhelming emotions that I had as a young person,” the London photographer Daniel Regan tells me. “It wasn’t until I had been doing it for a few years, in my late teens, that I felt able to describe why I was engaging in the behavior.” His latest project Threshold pulls back the curtain on an often-misunderstood subject, revealing in pictures what he once struggled to put into words. The work is now on view as part of a major exhibition on addiction (and addictive behaviors) at the Science Gallery London, titled HOOKED!

In recent years, research has suggested that both non-suicidal self-injury (NSSI) and suicidal behavior (SB) can be understood as addictions. Self-injury can include cutting, scratching, burning, and/or other types of physical harm done to one’s own body. In the last decade, the percentages of children and adolescents reporting incidents have continued to rise dramatically; keep in mind that not everyone who self-injures reports it, so the numbers are probably higher.

“I think it’s very difficult to make work about the subject matter because of concerns around triggering or glorification,” Regan admits. Instead of documenting the physical realities of self-injury, he filmed and photographed his own body in the studio as various lights were projected onto his skin. Intense but fleeting emotions–represented in vibrant shades of violet, red, and green–dance across his throat, face, chest, and shoulders before vanishing into darkness. They by turns hot and cold, violent and soothing. His breath becomes a key player, serving as a constant reminder that, after all has faded to black, he still lives.

Of course, Regan’s title could refer to a “pain threshold”—or the point at which human suffering spurs action—but maybe we can understand it in another way as well. A “threshold” can be a place to enter—as in, a doorway to someone’s house—so while we might associate the word with pain, it also suggests a kind of invitation. Self-injury and the stigma that surrounds it can be a recipe for loneliness, but Regan creates a space for people to come together, despite their fears, to find common ground. In that sense, perhaps Threshold can be best understood as an act of openness–and even generosity. See the work through January 6th at the Science Gallery in London. I asked the artist to tell us a bit more. If you’re or a loved one is looking for mental health support in the UK, you can start by visiting Samaritans or Young Minds. 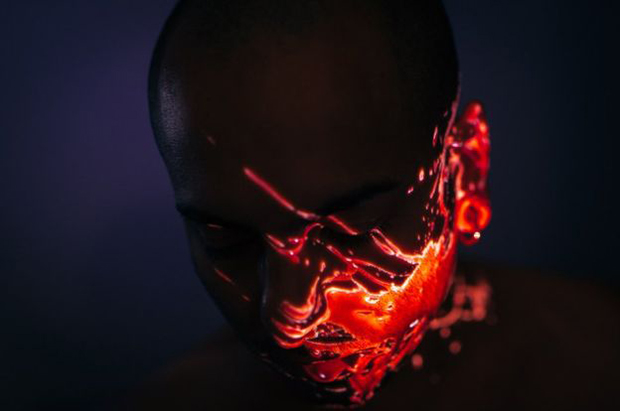 When and why did you feel you were ready to embark on Threshold? Did you have any fears or reservations?
“A lot of my work is deeply personal and about my own mental health difficulties, but my self-injury history is something that I’ve always skirted around. Initially I found the commission very difficult. I was blocked and couldn’t figure out a way to start making. It wasn’t until I let my guard down and started to do some writing about the process of self-injury that the visual process began and the work started to flow.

“On occasion, it was difficult to make the work, and I would need breaks and pauses to reflect and digest the emotions that came up. What pushed me to continue making the work was as much a part of processing my own experiences, but also highlighting a highly stigmatized behavior that many young people are increasingly turning to.” 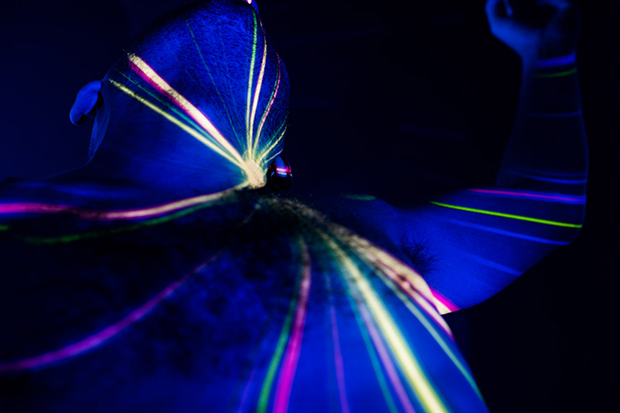 What went through your mind as you made these images?
“I think initially when I started to make the work, I was surprised at how much emotion it stirred up. One of the first images is of a kind of striking hot rage across the face. When I first saw the image, it reminded me of when I was younger and the rage I would inflict on my body, only to watch it heal again.

“What has been difficult about the work has been acknowledging (personally and publicly) the problematic nature of self-injury. It is clearly not a healthy coping strategy, but the effect and impact it has on emotional regulation can be so intensely powerful that it’s impossible not to acknowledge that it serves a purpose for some people. Part of the work was recognizing the addictive nature of self-injury; it’s cycle of shame, relief, and so on.”

Might you walk us through the process of physically creating the images?
“The images are made in my studio. I would make images in short bursts. Whilst the technique is quite difficult (using a projector and shooting alone), there is also time for lots of emotions and memories to stir, so I was always careful not to put too much pressure on producing a lot at one time. I made the work alone because I feel like it gives me more freedom to create, without having to explain my choices to others. Sometimes I listen to music (something quiet) and at other times it was just silent.” 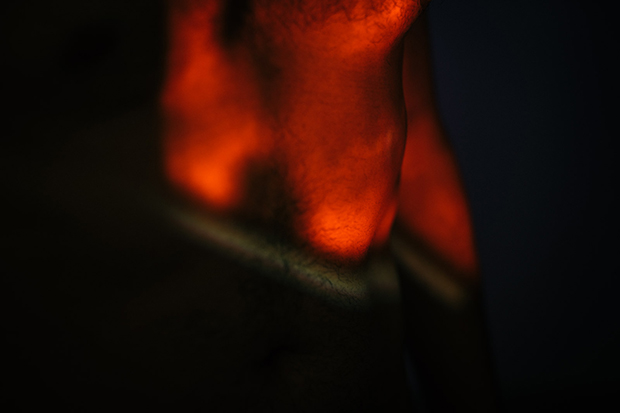 What do you think it would have meant to you to see these images decades ago?
“As a teenager, I didn’t have resources to cope with it. It was very much hidden from my peers and was something that I could only be more open about in my early 20s, although even then it was acknowledged but not spoken about in much detail. I think seeing any imagery made by a male would have impacted me. I am not sure it would have stopped me, but it may have made me feel less alone. A lot of focus is (quite rightly) on females self-injuring, but this does serve to exclude and stigmatize boys and men that self-injure.”

What’s one thing you wish more people understood about self-harm?
“People who engage in the behavior are aware that it is self-destructive and would much rather do something else if they were equipped or able to. Shaming people that self-injure can just feed into the cycle. The most important thing to do is to help support people to find alternatives and acknowledge the act, but not to push people further into hiding it.”

What do you think or hope these images will mean to you years from how?
“Although the physical scarring on my body is permanent, the process of working with changing patterns of lights reminds me that the emotional journey leading up to that point is temporary. That feelings pass.” 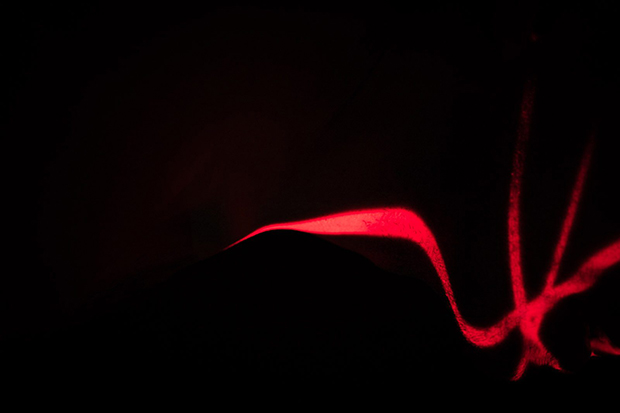 Is there a question you wish I’d asked that I didn’t?
“Something that’s come out of the project is the acknowledgement that an act of self-injury is not always just a personal and isolated event that only impacts the individual. Parents, partners, and friends can be seriously distressed by seeing or knowing that someone self-injures. Everyone that’s personally connected to the individual goes on a journey too–to figure out how they feel about self-injury, how to respond to it, and how to feel about it–which can often be complicated and conflicting.” 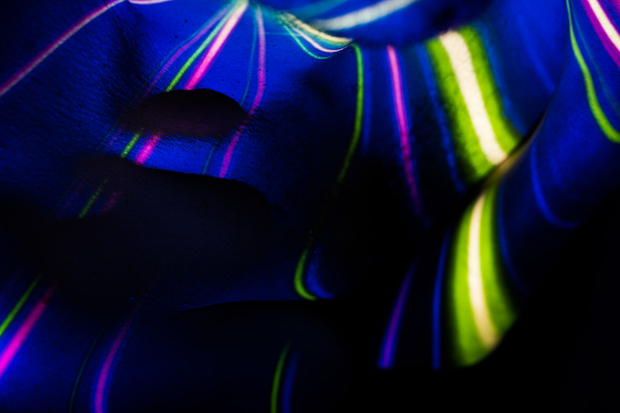