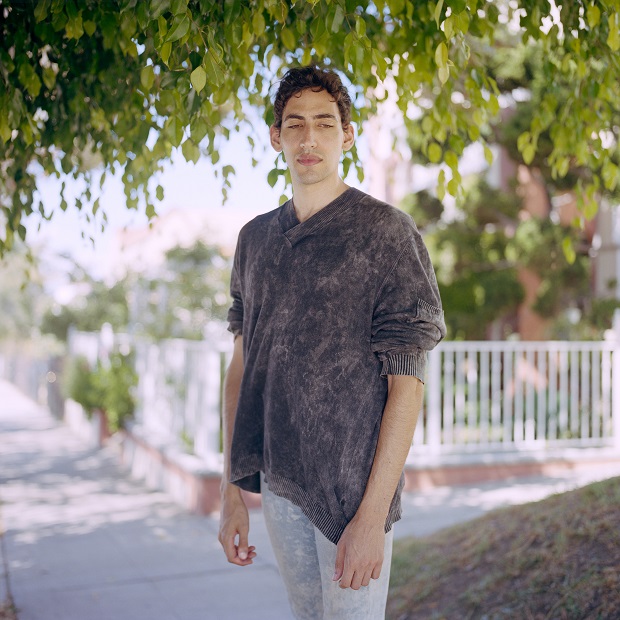 Amin, Los Angeles
“I find myself in the middle of two fronts – sometimes fighting within the Muslim community for more tolerance of LGBT people, and at other times fighting queer people and non-Muslims against the rampant Islamophobia in this country. I feel like I’m obligated to educate people on both sides. At the same time, I don’t feel the need to be validated by anyone. I don’t feel any great inner turmoil because of the various components of my identity. Like, I don’t necessarily feel excited by the prospect of a mosque for gay people. If there was a big mosque and people went and prayed together, I would still feel uncomfortable – gay or not. But I feel like people should have the right to do that. Is that weird? It sounds like I am in denial, doesn’t it?” 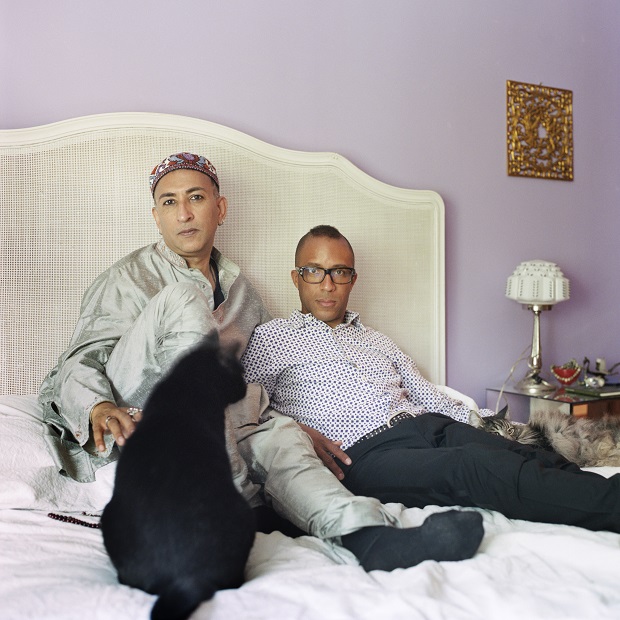 El-Farouk and his husband Troy, Toronto
“Where I am at today is not necessarily where I started. And I could tell you where I am now and it would sound rather a happy place. But the journey to that place has not been an easy one. I started with the notion that it was sinful [to be gay] and that those who practiced it were problematic at best. But that didn’t quite sort of seem right in the larger construct of the Quran and the Prophet that I believed to be true and actually had been taught. I don’t believe that homosexuality is a sin because sexuality in Islam is not a sin. Sexuality is something that God has given. And in verse 49.13. Allah says, ‘I created you to different nations and tribes and you may know and learn from each other.’ I just see queer folk as one of those nations or tribes.”

For her project ‘Being Queer, Feeling Muslim’, photographer Lia Darjes met with a number of individuals across Europe and North America who identify with being both Muslim and gay. Here, she shares their stories as they go about building their own progressive and inclusive communities in a society largely intolerant of homosexuality. In these defiant, pastel-hued portraits, Darjes captures them in a positive light treating them not as victims, but as courageous individuals striving for positive change.

What motivated you to start this series?
“I heard about this gay imam, who established a queer-friendly mosque-project in Paris. That fascinated me. Before I started working on this project I thought being queer and being Muslim were incompatible. We have all heard a lot of stories about gay Muslim victims, right?” 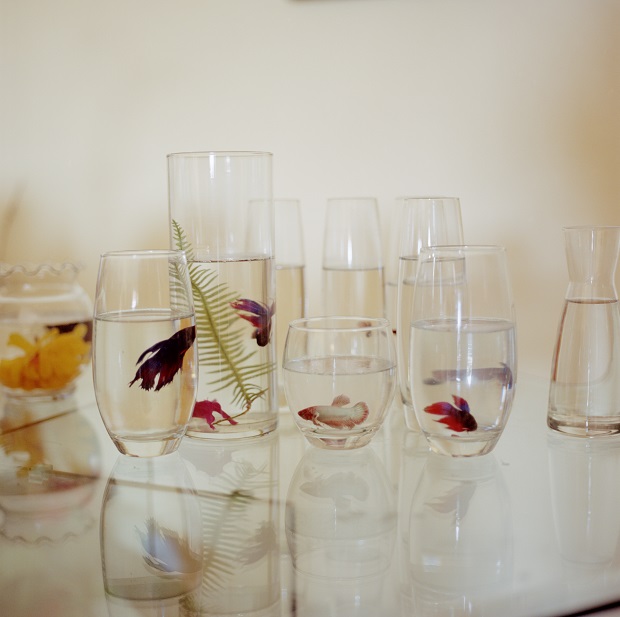 S‘s fishes. They would kill each other if they were in one single vessel.

How did you find the people you photographed and how did you build trust with your subjects?
“There are many initiatives, projects and organisations all around the world who deal with this topic in different variations. They are all very well connected with each other. Once I had a foot in the door, it was a lot easier to find people. Facebook was a very important tool in this process too.

Most of the time when I came to a city, I was invited to take part in a Friday-prayer or during Ramadan an Iftar (the meal eaten by Muslims after sunset during Ramadan). I would attend such occasions without my camera to get in contact with people. I would ask them to meet me for a coffee another day without any obligations, to be part of the project. I explained what I had in mind, and showed them some of my previous works. Most of the time I met them for two more sessions: once for the interview and a second time to take the portrait.” 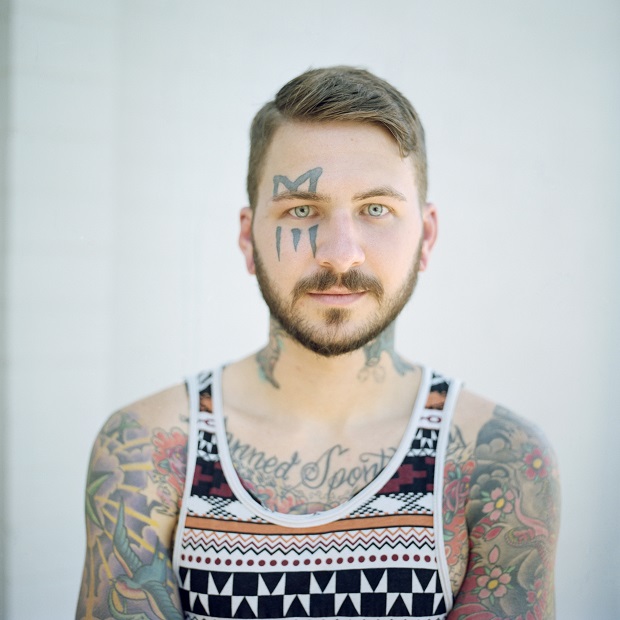 Joey, Los Angeles
“I was a pretty strong atheist and then I came across a copy of Michael Muhammad Knight’s novel ‘The Taqwacores’ about a fictional Muslim punk movement that kind of became true after being published. I purchased it, read it in just a couple of days and it opened my eyes a lot more to the religion.[…] In a way, I was very orthodox in my thoughts when putting the LGBT community and Islam together. Because on first sight, it looks dark when you look in the Quran and the Hadiths, it clearly can’t be OK. But then you can read other sources, other verses of the Quran, other Hadiths, and it gets clear that it is all a question of how you decide to interpret it.”

What did you find most challenging about working on this project?
“The fact that I am a non-Muslim heterosexual woman did not always help. I was often wondering whether I have the right to do such a project from such an outsider-perspective.”

What do you hope viewers will take away from these images and the corresponding interviews?
“As I mentioned already, before I started working on this project, I had no idea that such spaces and initiatives exist. For me this was a real positive surprise. I hope the viewer will also take away such a refreshing perspective on queer Muslim realities.”

Lia Darjes’ work can be viewed at FORMAT Festival which runs until April 23 2017 in Derby, UK. 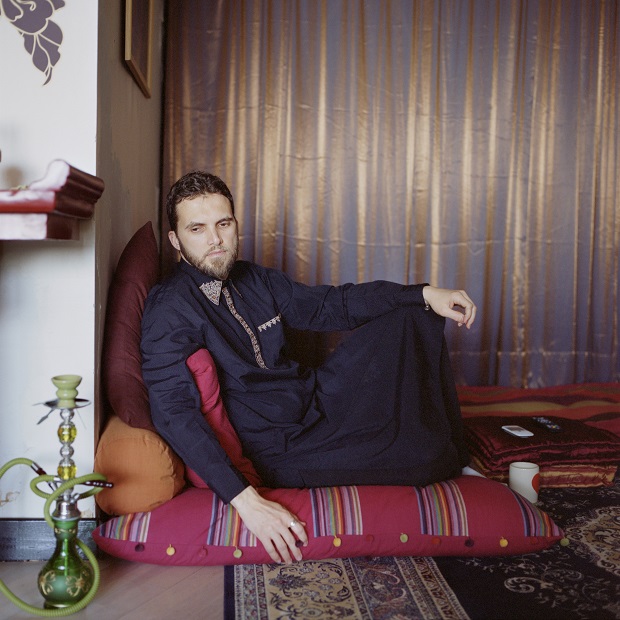 Ludovic, Paris
“In 2012, after I did not find one single imam in France who was willing to bury a transsexual Muslim, I founded a mosque that is open to all in Paris. The reactions were quite vehement. Being Muslim, Arabic and gay and thus a member of several minority groups opened my eyes: Minorities are being discriminated against particularly in times of economic crisis. We have to know more about Islam, and we have to understand who we actually are in order to fight homophobia.” 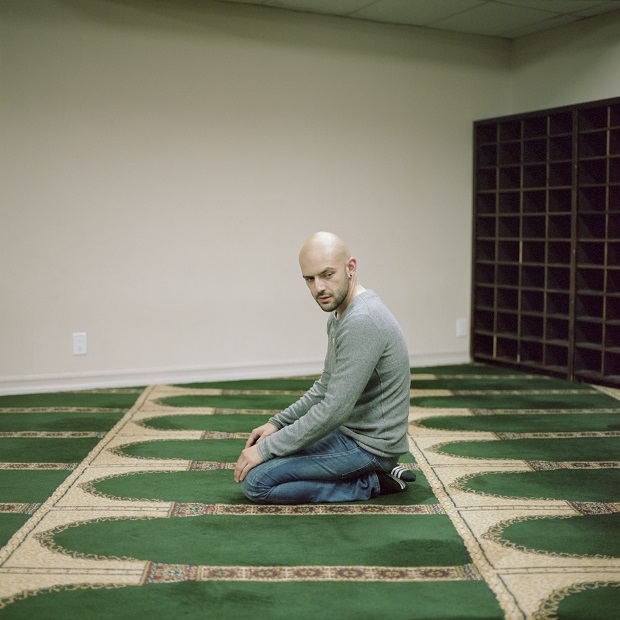 Jason, Los Angeles
“When I converted to Islam a couple of years ago, it [being gay] wasn’t an issue for me. I had just realized that I wanted to be a Muslim, and being a Muslim at that moment, as a very early young Muslim, it was all about my connection with God, and getting close to God. A month later, I realized that I needed to look to what the Quran and everybody says about being gay. … And everything was extremely negative, very, very negative. And it was very disturbing to me.” 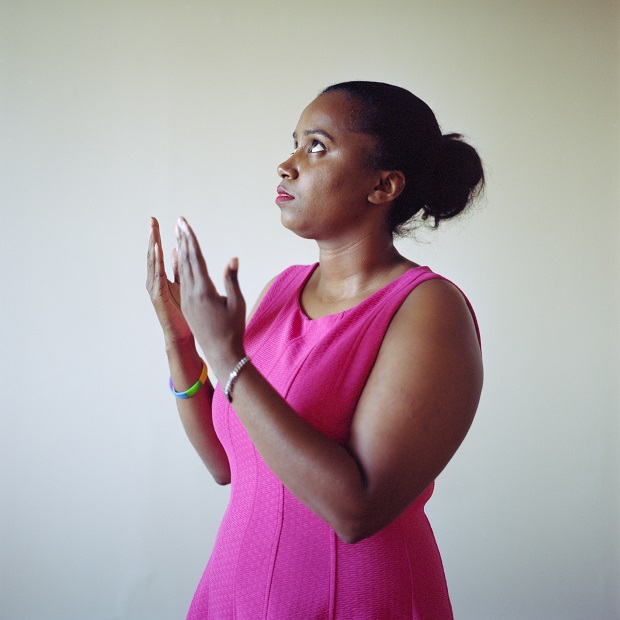 Saadiya, Toronto
“Being queer and Muslim means to me that I can be who God intended me to be. And for me, that is an educated woman, compassionate, caring and loving other people. I used to think that it was a negative thing, but the more I learned about myself and the more I learned about queer community, I learned that we are just like everybody else. We have the same needs that other people have. We have the same right as everybody else.” 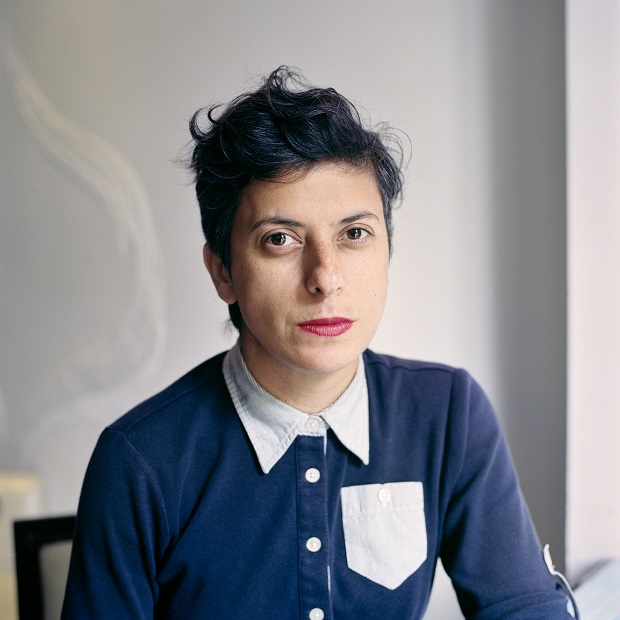 Samira, Toronto
“I am from a country where it is punishable by death to be gay. 1979, when the Islamic Revolution began, my family immigrated to Canada, where I grew up pretty secular; maybe that was why I never had that moment of a coming out with my parents, I think they always knew that I am a lesbian. When 9/11 happened, all of a sudden I became Muslim, not because I was behaving differently but because people saw me differently. Just one look at my name and people act differently. Why don’t they understand that there are so many different ways of Islam in different countries, different traditions, different shapes? Why can they accept it for Christianity and Judaism but not for Islam?” 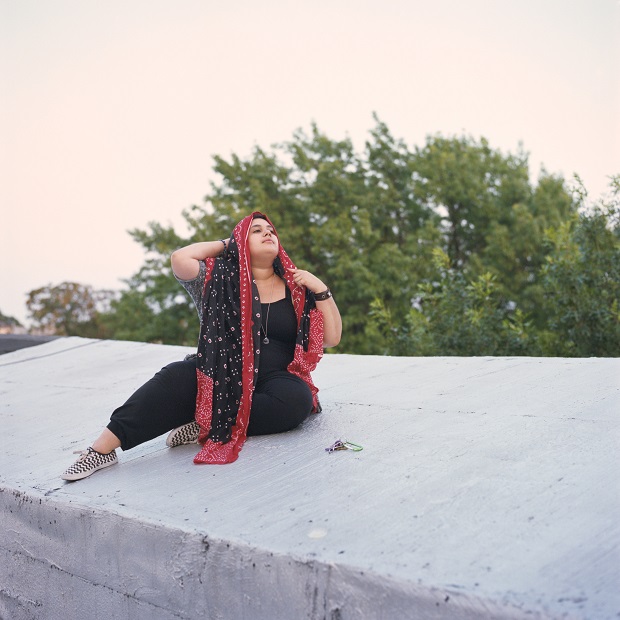 Sara, New York
“For me, it has never been about reconciling. I feel both identities – being queer and Muslim – complete each other. And that I am able to be my best self when I embrace a 100% of what I represent. I celebrate my queerness and I celebrate my Islam. For me, there has never been a problem with me being queer in my Muslim community. Many people think that the Muslim community is one big thing, but it is not. We each create our own community. I don’t know all of the almost two billion other Muslims. I know only those that I see every day as a part of my local community, who love me and who are there for me knowing my full self. For me, what has often been a problem is when I go to certain queer spaces where I experience a lot of Islamophobia. There, they usually think it is not possible to be Muslim and queer. I have to prove, then: It is possible, because I am here and I know many more people like me. Islam has never been a part of my life that I felt limited by, it has always been a source of strength. I feel that I come out as Muslim rather than coming out as queer. Many people have a very strong preconception of what a Muslim woman looks like and how she behaves. And though, when I actually share this with people as something that is really important to me, they are often very confused.”