Photos Imagine Trump As An Immigrant 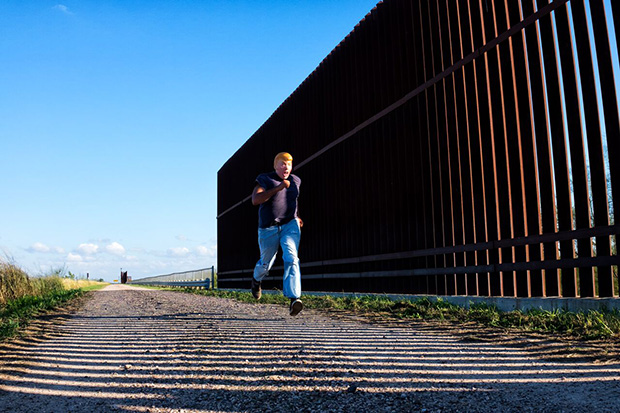 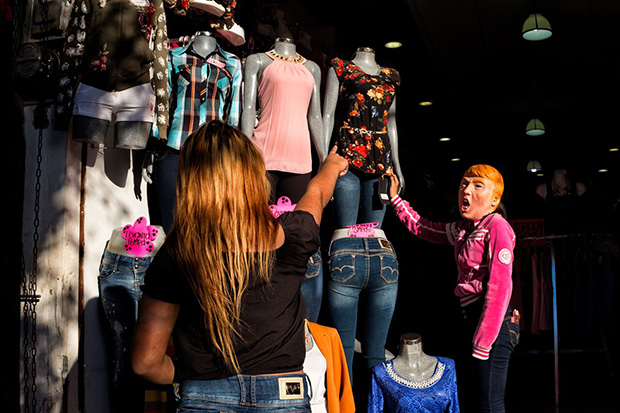 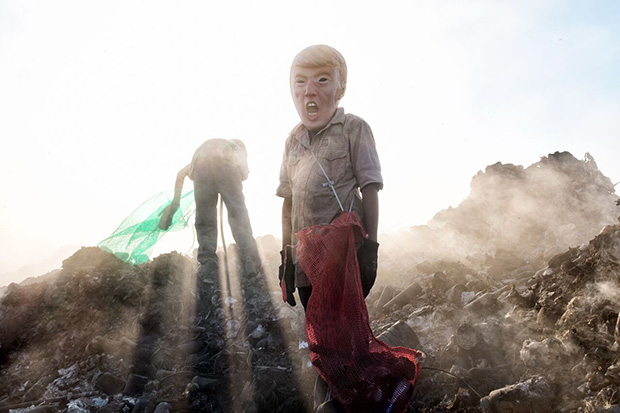 Photographer Veronica Gabriela Cardenas wanted somehow to tell the stories of our country’s undocumented immigrants. She wanted to humanize their experience and their anxieties in the shadows of the Donald Trump Presidency. She also didn’t want to put them in any precarious situations by revealing their identities.

One solution was to ask them to wear a Donald Trump mask to cover their faces. She chose Trump, she says, because he is “the most powerful person on Earth.”

To find her protagonists, Cardenas traveled close to home in The Rio Grande Valley, Texas, where a portion of the community is here under the Deferred Action for Childhood Arrivals (DACA) policy, which gives people who came to the country as minors the chance to stay and obtain work permits.

It should be noted that although some of the people Cardenas photographed are undocumented, not all of them are. She also crossed the border to visit Reynosa in Tamaulipas, Mexico, where people who might once dreamt of pursuing a life in the United States now face an uncertain future, with fewer opportunities for their families.

The Trump mask was chosen because of its symbolic power. Cardenas does not want it to be taken lightly, and she doesn’t want to it to be used to poke fun at the President.

The mask acts in paradoxical ways; first, it makes the men and women photographed seem familiar and recognizable, and that gives them a special kind of authority. But at the very same time, it cloaks their true and individual personalities. In that way, it becomes a metaphor for the ways in which prejudice lumps people together and robs them of their individuality.

Cardenas titles the series A Trump, casting the President himself just one person in a crowd of many.

The photographer understands what’s at stake. It’s a serious subject for her, and it’s serious for the people she met along the way. A small percentage of people wanted to participate, and she respected the wishes of those who said “no.” If they said “yes,” she made sure they had no tattoos or identifying marks visible. Some feared there would be consequences.

There were a few people who were uncomfortable even being in the presence of the mask. “They didn’t want to see or touch the mask,” the photographer reports, “It is interesting how just the mask alone holds that much power.”

The photographer vividly remembers the conversation she had with one man while they were waiting at the international bridge. She approached him, and he was wary of the camera. He was sure she was being paid for the pictures, even when she explained to him this was a personal project for her. He told her, “No, no, no, no, you people only take advantage of us.”

But others had the opposite reaction and embraced the mask as a symbol of resistance and empowerment. When Cardenas approached one man with the idea, he responded, “Fuck it, I’m getting deported anyways. I’ll wear it.”

Since making the work, the photographer has had at least one friend tell her to “stay away from politics” and “respect your president.” But A Trump isn’t about disrespect; in fact, the photographer went to great lengths to execute the project in a way that was compassionate and dignified. She knows some people won’t love the work, and she can live with that.

“I wanted to give a voice to those that struggle to be heard,” she says. The concept might be unconventional, but that’s exactly what she’s done. 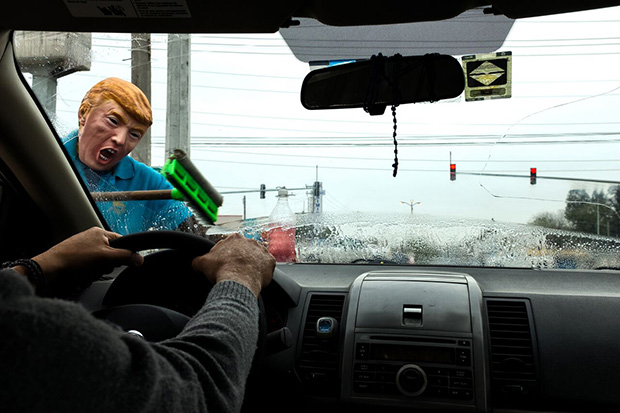 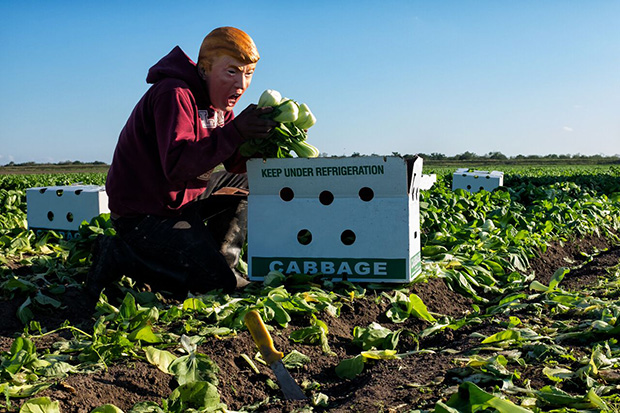 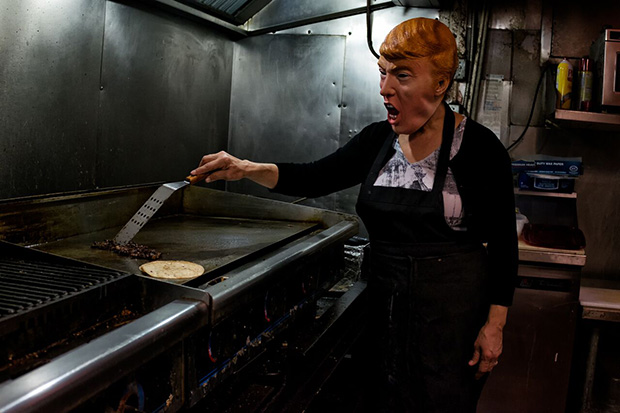 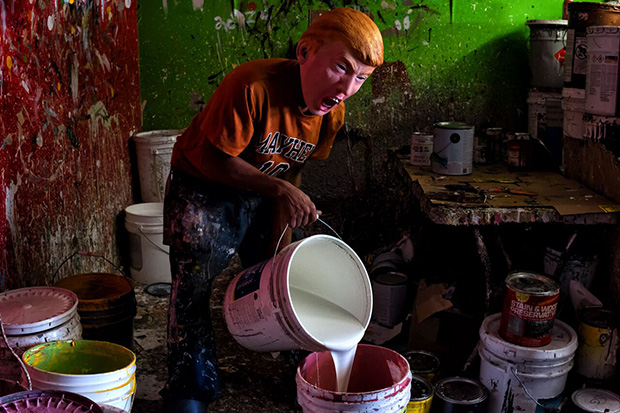 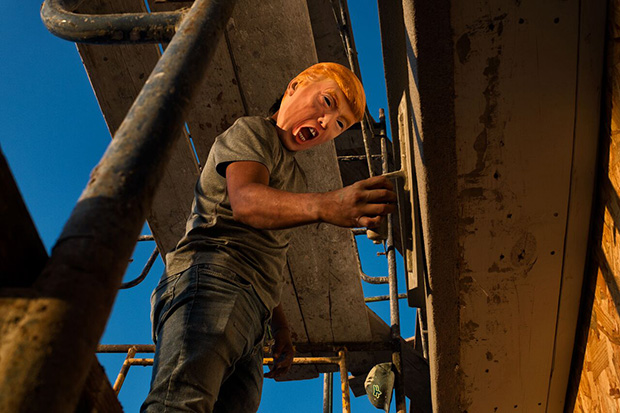 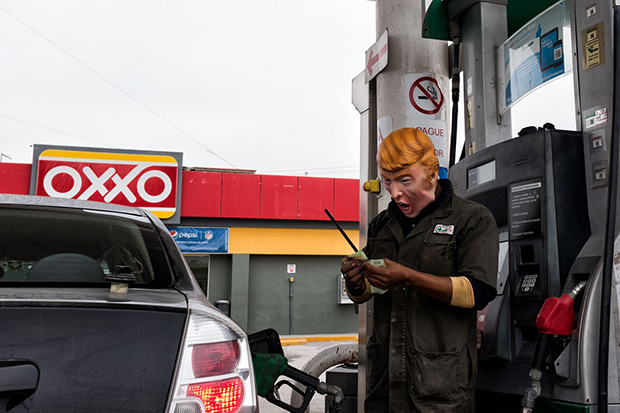 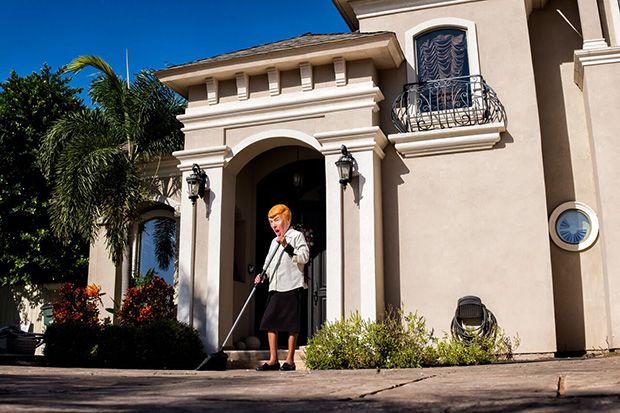