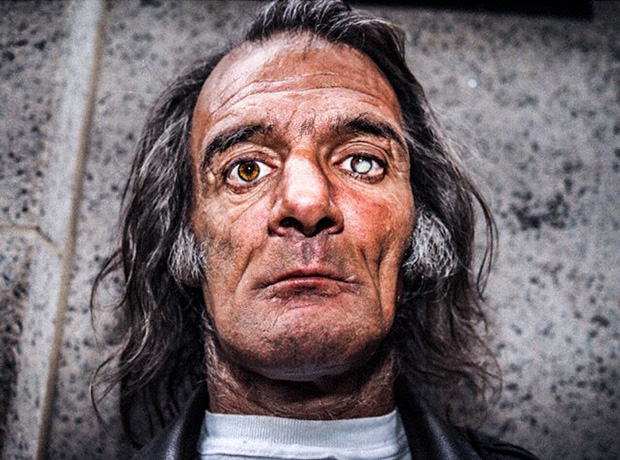 His name is Rosario. He was born in Sicily. At a very young age, he was abandoned by his caregivers after his parents died tragically in a car accident. He said the scar tissue in his eye was from a fight he had in an orphanage he occupied as a child. These days, he lives the best he can working odd jobs for local small businesses. 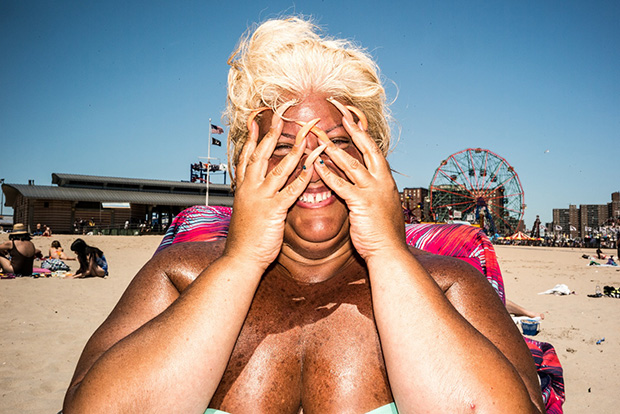 “As a child, I witnessed a lot of traumatic things,” New York City photographer Donato Di Camillo says, “I saw my first friend die at the age of nine, right by my feet.” They were playing whiffle ball outside, and the boy was killed by a passing car. Growing up in Brooklyn in the 1978s and 1980s, the artist explains, he “had to learn to think quick and use street instincts.”

Decades later, that same intuition and street smarts have produced a canny and fearless photographer. Di Camillo is a classic New Yorker with a hundred and one stories. He’s warm and open, uses words like “kiddo,” and seems to have emerged from another era, probably because he never let go of a single memory from his boyhood.

“Sometimes I feel like I picked up a camera at the wrong time in life,” the artist confides. He recalls the days when kids roamed free, played ball, and “fought after school, fair and square.” He also remembers the first time he broke the rules and later getting arrested and imprisoned in 2006 on federal charges.

He doesn’t go into detail about the charges, and I never asked because it doesn’t matter and it’s not what his story is about. If anything, it’s about the hours he spent pouring over books and teaching himself how to be a photographer. “It allowed me time to learn about the world outside my mind,” the artist writes. He studied psychology and human behavior.

When he was released in 2012, Di Camillo was on probation and house arrest, rendering him unable to move 120 feet from his home. He took in more information, read more, watched more videos. It was Bruce Gilden and William Klein whose work spoke to him most fervently. Street photography became, in his words, “something that I felt I needed to do.”

The people Di Camillo photographs are ones with whom he identifies. He’s driven by what he calls an “urgency,” a need to relate in some small way and to make something permanent of an ephemeral, fleeting interaction. One woman he met along the way invited him into her home, confiding in him about an abusive husband.

The photographer calls his protagonists, and himself, “people on the fringes of society,” but in his pictures, they’re just people. One day, he was out shooting and by pure serendipity came across Bruce Gilden. He recognized him immediately, and his exact words were something along the lines of, “Holy shit, you’re Bruce fucking Gilden!”

When he asked Gilden for advice, the veteran photographer told him simply, “Just shoot what you feel, and be yourself. Take a little from each of the ones you like most and make it your own.” As it turns out, it was something Di Camillo had been doing all along. 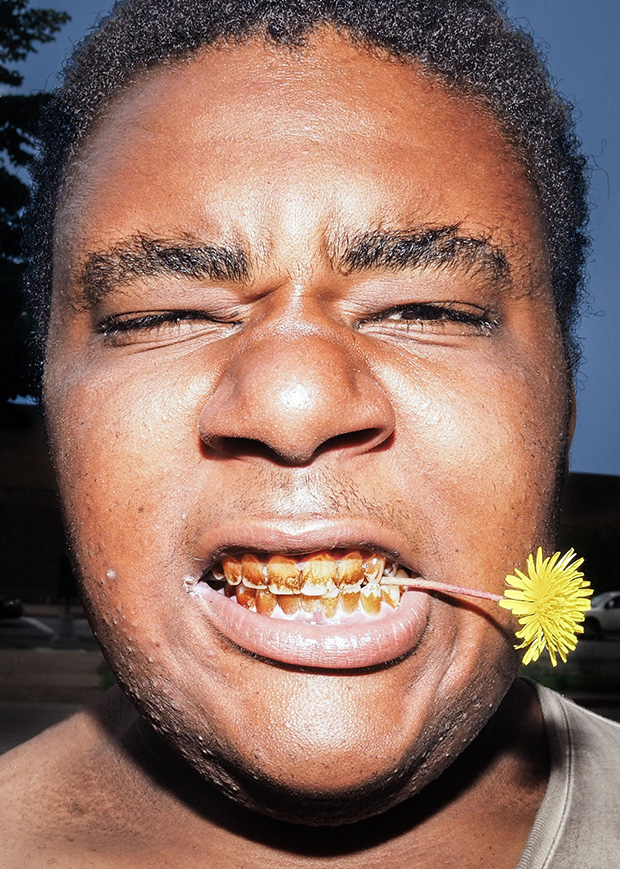 This gentleman actually asked me to photograph him while I was walking by with my camera slung over my shoulder. He said his name was “K2.” He was joking with his friends about his teeth when I encountered him. When I asked him if he was worried about his teeth, he replied “ain’t they pretty though?” 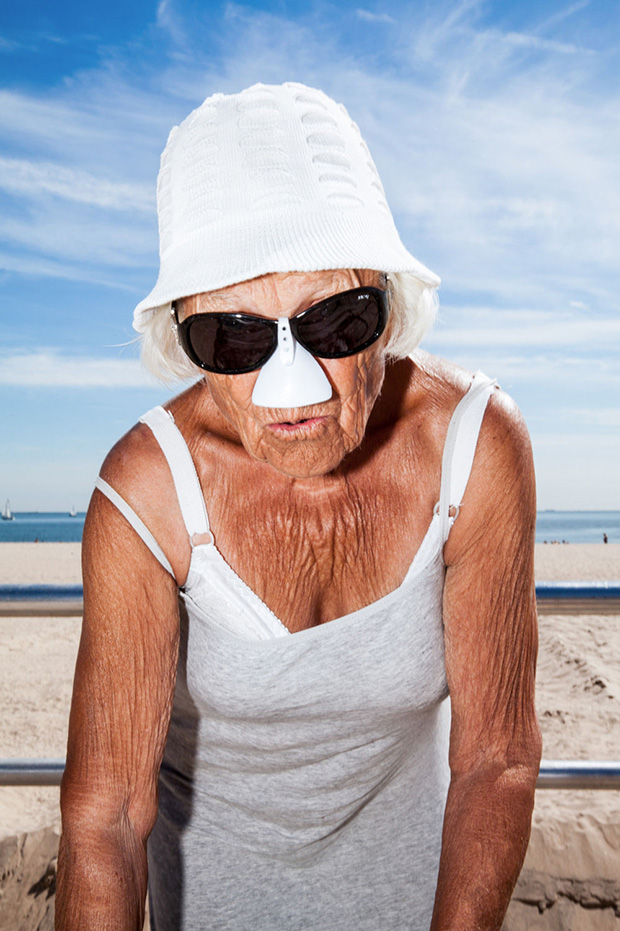 91 years young teacher of life still exercises every day, harder than most. 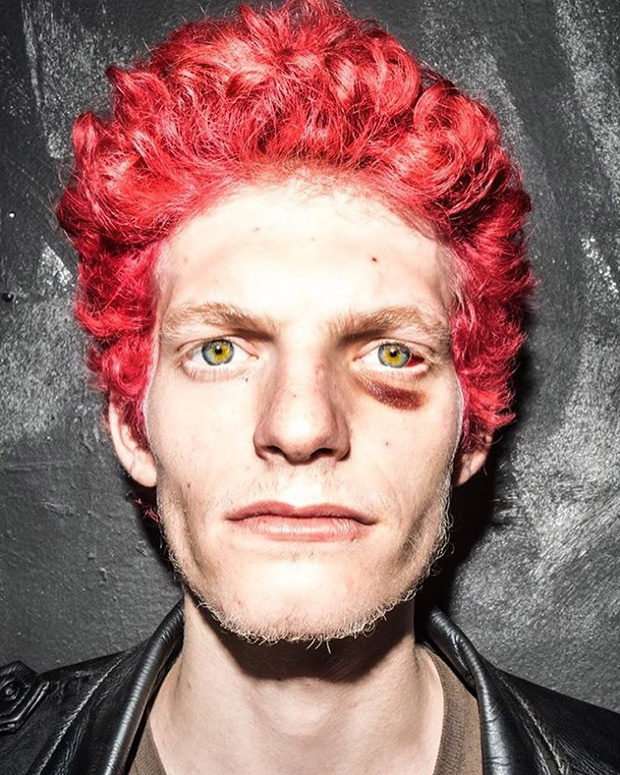 Self proclaimed subcultures exist on the fringes of Coney Island. Travelers and train jumpers find means to maintain life against society’s rules. 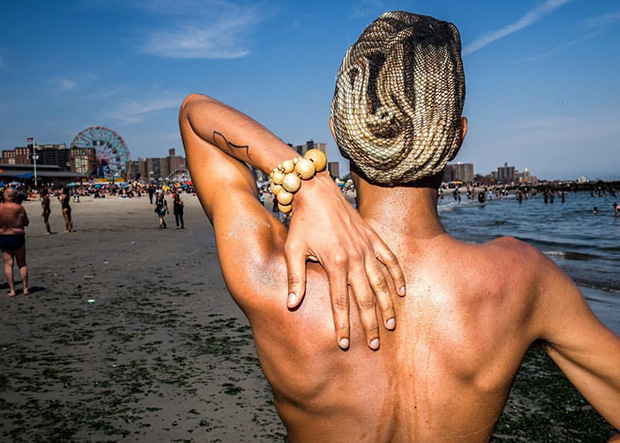 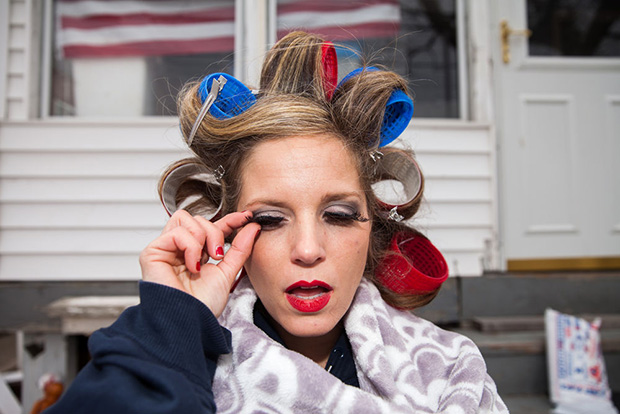 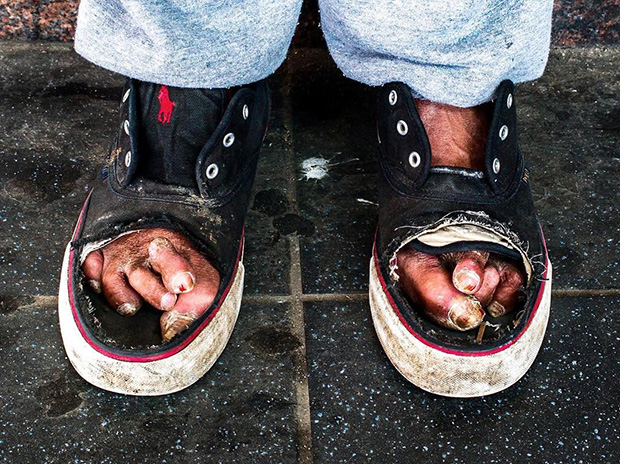 United States Army Veteran just barely has enough income to keep a roof over his head. 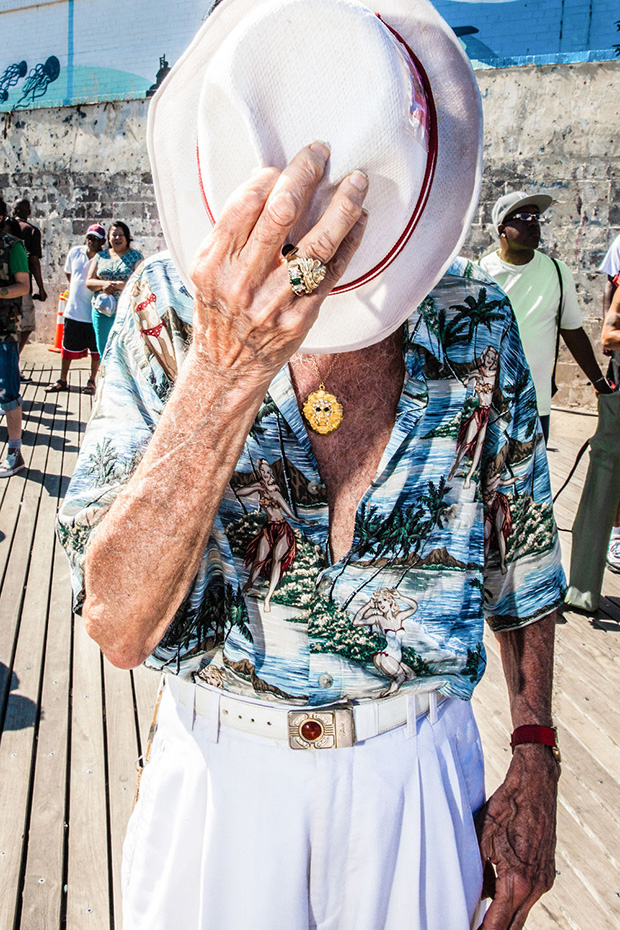 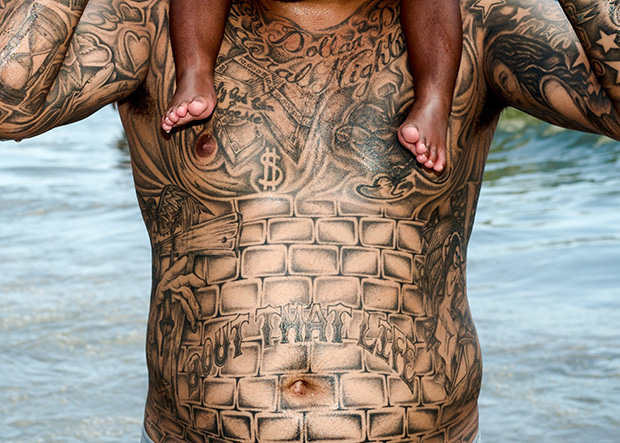 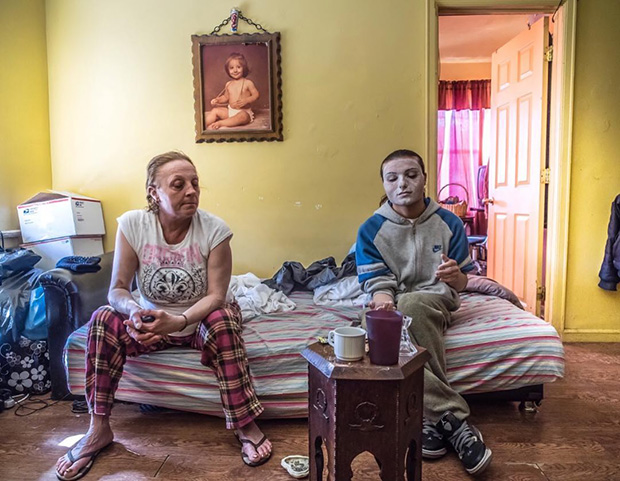 As I was shooting the streets of Brooklyn, I met a woman in a government food line to collect some can goods for her home because of money issues. I spoke to her, and she explained she had two mentally ill boys at home and that one as starting to smoke crack “It’s been a struggle for me, my husband stabbed me six times. He tried to kill me. The government sent him back to Italy. I collect welfare, but it’s just not enough.” The son, while applying a beauty mask, asks if I would like to try some on. The other son was incarcerated. This photo happens to be very special to me. It made me realize how much I love making photos.