Nightlife in Uganda Chronicled in Photo Book ‘Fuck It’ 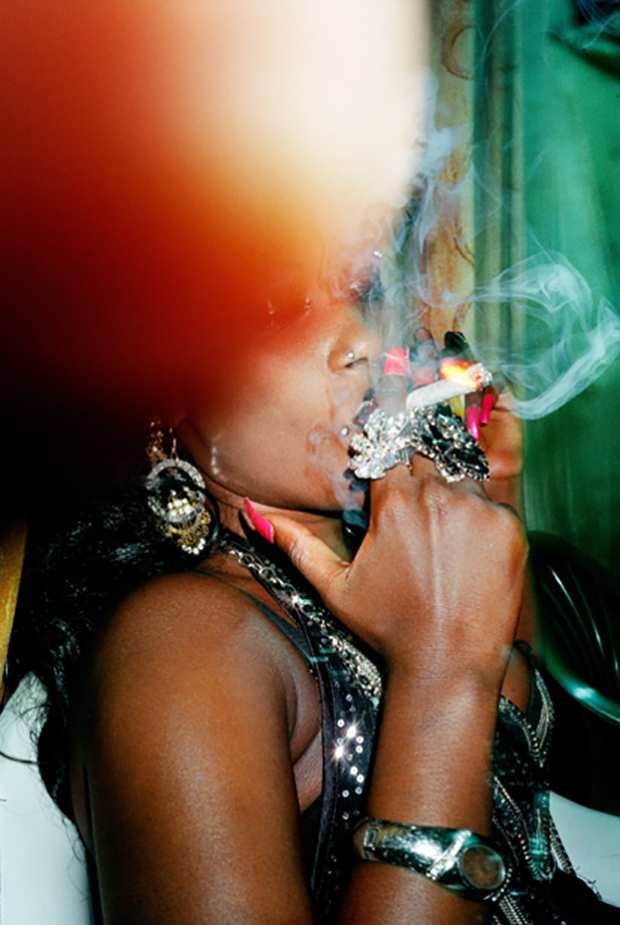 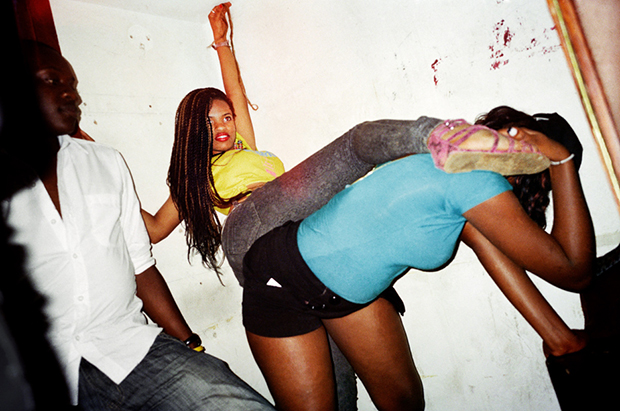 Kampala has been described as “the city that (really) never sleeps” by Condé Nast Traveler, and it’s easy to see why. The capital city of Uganda is becoming something of a legend for its eternal buzz and crazy nightlife; the party continues as long as people are still drinking. And the Ugandans drink a lot. According to the Global Status on Alcohol and Health, Ugandans consume more alcohol than any other country in East Africa. As the photographer Michele Sibeloni observed: “During the day Kampala appears to be a very religious and conservative society; at night everything changes. There are no limits and nothing is taboo, the way the people dance is very physical and sexual”.

Originally from a small town in the province of Parma in Italy, Michele Sibeloni has been living in Uganda for the past six years. Arriving in the country for the first time, the nightlife immediately caught his attention. The night became a refuge, a manner of escaping his everyday obligations and being able to think freely. He started to shoot his nighttime adventures in 2012, and wanted his photographs to reflect on his feelings towards the night, telling a story using personal elements of his life.

The images that constitute Fuck it allow the viewer to step into this unexpected nighttime world and discover its secrets. A truly 24 hour city, people are working and cooking throughout the night. A favourite amongst students, one can easily track down the Ugandan night time snack known as the rolex, its vendors are recognisable given the number of broken egg shells lying in close proximity: “The rolex is a must-try when roaming the streets of Kampala at night. It basically consists of an omelette wrapped up in a chapati. It’s dirt cheap, costing the equivalent of 40 cents of a dollar”.

The curious seek out the red light district, and those who can’t stand still dance until dawn in one of Kampala’s many night clubs, some of which are frequented by sex workers who are known to strip on special occasions. The black and white photograph selected from this series was taken during the inauguration of a new bar. Michele adds: “I am very glad that I spent time photographing this area as it is rapidly changing. Clubs and bars are closing and bookmakers are opening everywhere, they are also in the process of building small shopping malls”.

Initially Michele just want wanted to liberate himself and capture the night without any precise idea about what he was doing. It was an experiment, he just knew he wanted to look for experiences and shoot in the most instinctive way possible. With time it took form, and became a personal documentary.

The drive behind this project forced the photographer to head out as much as he could, even when he didn’t fancy it: “whenever I had a moment of free time I headed out”. Sometimes he was intentionally seeking out the Ascari (night guards), though in the meantime he would photograph whatever struck him as interesting. From the moment of going out, he would allow his instincts to take him wherever they pleased: “If I were thirsty and felt like going to the bar, I’d perhaps take pictures there. Or maybe not”.

Michele’s project took him from bars and clubs to the streets. It usually involved photographing strangers. There were times when he gave his phone number to “random people”, and occasionally received phone calls from people who he had encountered for the first time the previous night. Obstacles often made photography more challenging: “Uganda is not a very easy place to photograph and many people have a strange relationship with photography, so not everyone is willing to be photographed”. Experience taught him to wait for the right time and photograph less.

Shooting without a clear idea of what he was doing sometimes worried him, though it also meant that interesting and varied material was constantly appearing. Michele was able to edit this into a story which gives us a glimpse into his nighttime world in Uganda. Years of work has been compressed into the photo book Fuck it, which has almost sold out just two months after publication. 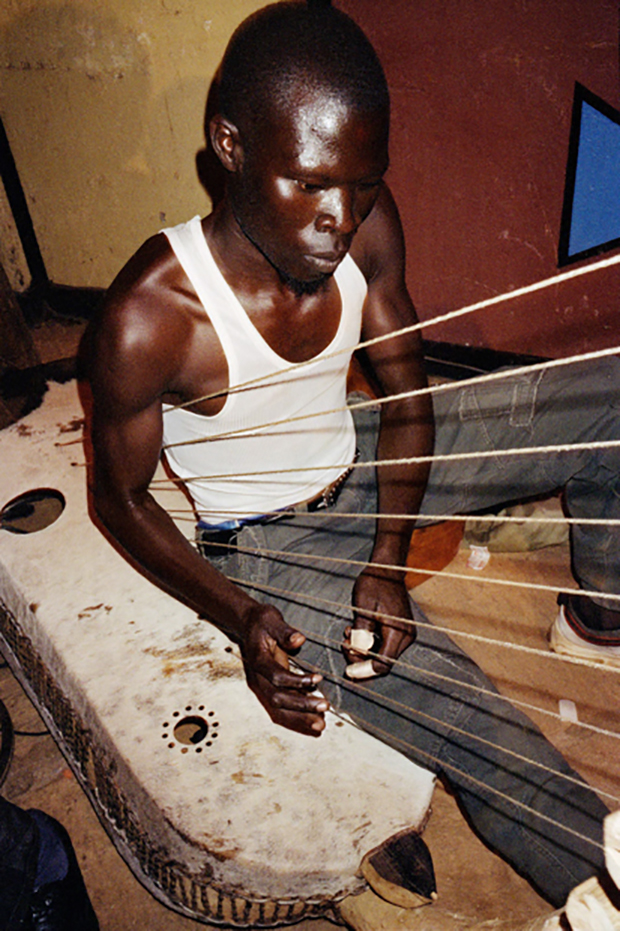 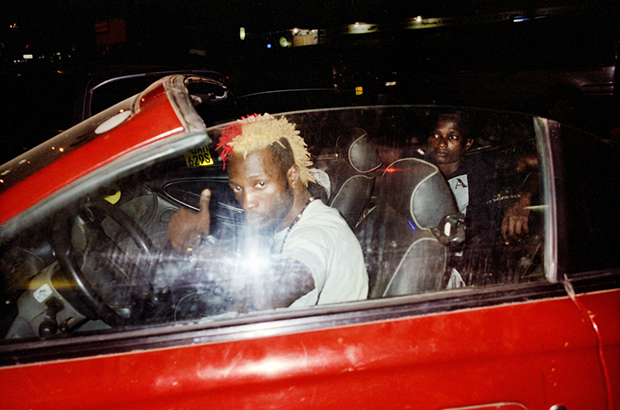 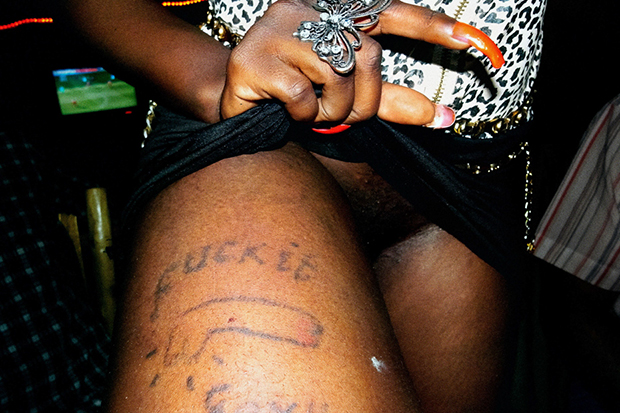 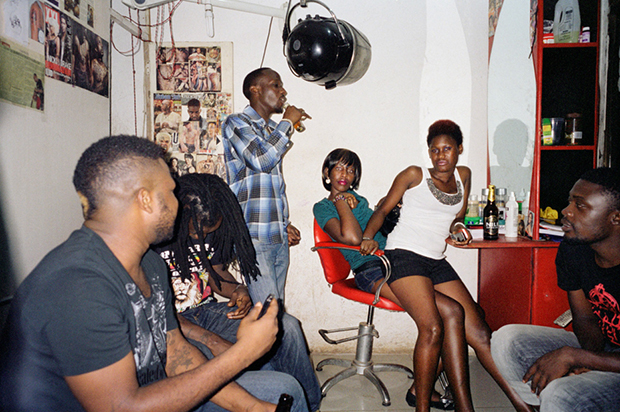 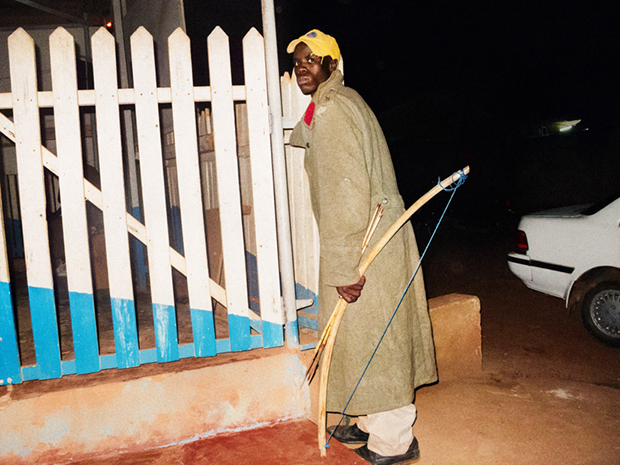 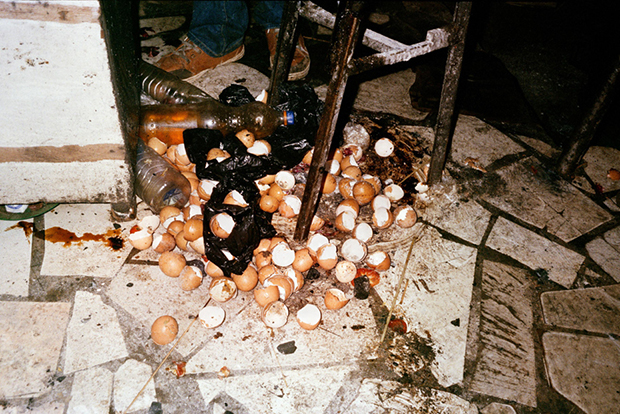 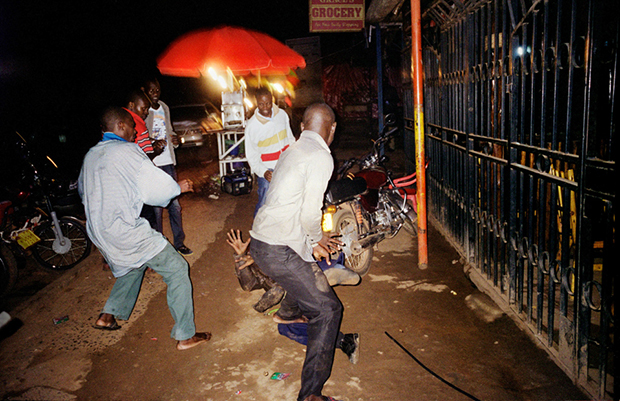 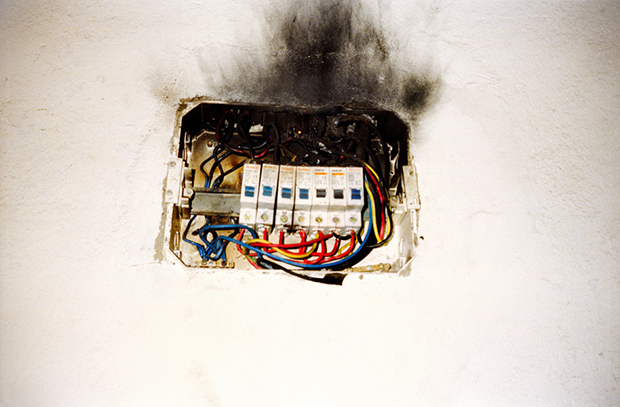 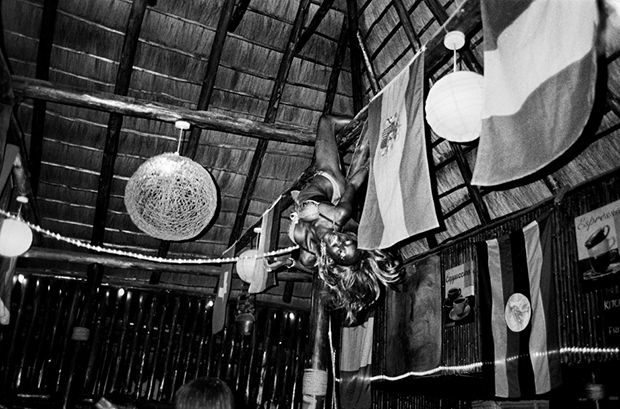