Inside the Kitsch Rooms of a Sex Hotel in Colombia 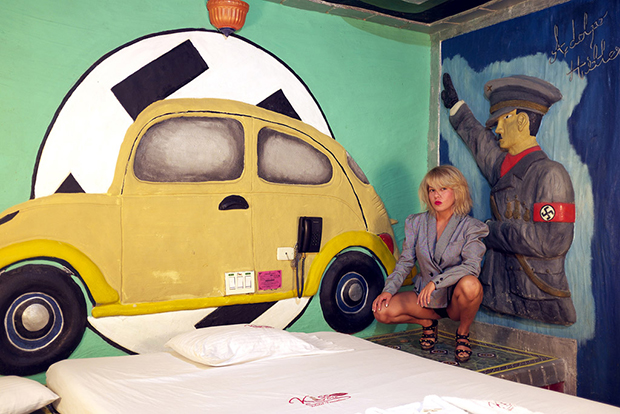 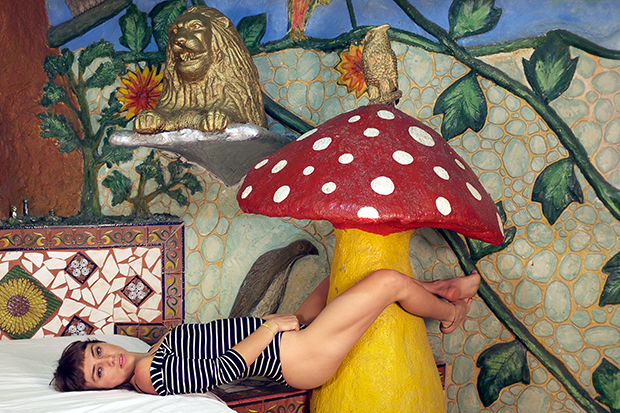 When Mexico City-based photographer Kurt Hollander arrived in Cali, Colombia, he made a beeline for the elusive Motel Kiss Me, a 180-room chateau for lovers. He lived for two weeks in a resident suite, with free reign to wander the halls, where behind closed doors, couples engaged in sex acts of all sorts against the backdrop of a themed installation of their choosing.

Each of the rooms, explains the photographer, is unique, modeled according to a specific motif. Some are based on faraway countries, including India, China, ancient Egypt, and Nazi Germany; others are follow a more general concept, like an arctic igloo or aquatic underworld. The motel is decorated by local painters and sculptors, outfitted with several pornographic television channels and a comprehensive sex shop.

While prostitution is legal in the area, Hollander stresses that Motel Kiss Me is more for the everyday couple looking for a glamorous getaway. The kitschy decor offers a rare chance to escape from the pressures of family life, and for some, it satisfies the fantasy of vacationing to an otherwise inaccessible kingdom.

Some of the layouts border on the absurd and disturbing—there’s even a chamber modeled after New York City, complete with a nightmarish explosion of the Twin Towers—but ultimately Hollander choses not to judge. Hotel Kiss Me encourages not only “safe sex,” but also, he suggests, “good sex,” available at an affordable price to people of all races, genders, and sexual orientations.

For The Architecture of Sex, Hollander asked several local women to sit for him in a room of their choosing. They come from diverse backgrounds—one is an actress, one a crossdresser, another a rugby player—but all were instructed to act as though they were in the motel with a lover. They dressed according to their own wishes, as the photographer’s primary intention was to lift the veil on the fantasies and desires of others.

The Architecture of Sex is on view at Proyectos Impala until May 25th, 2016. 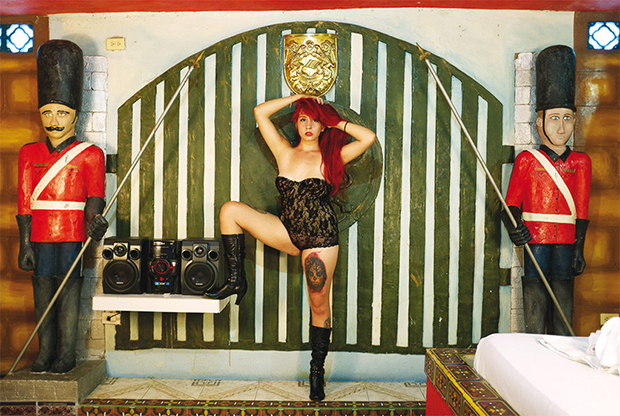 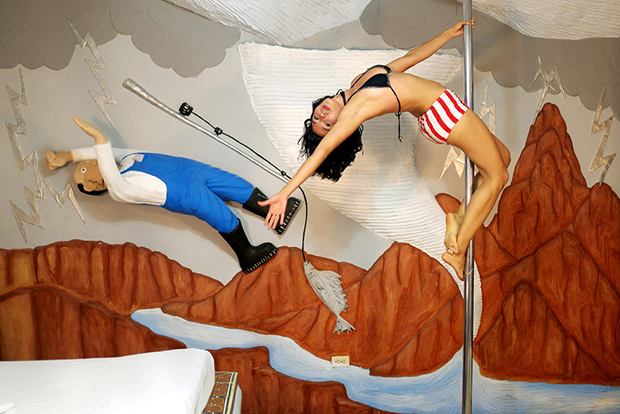 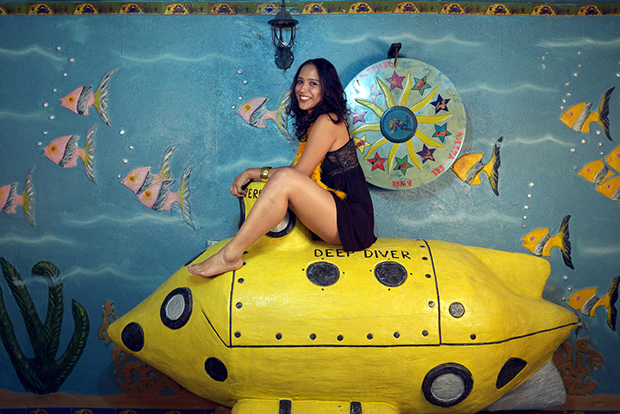 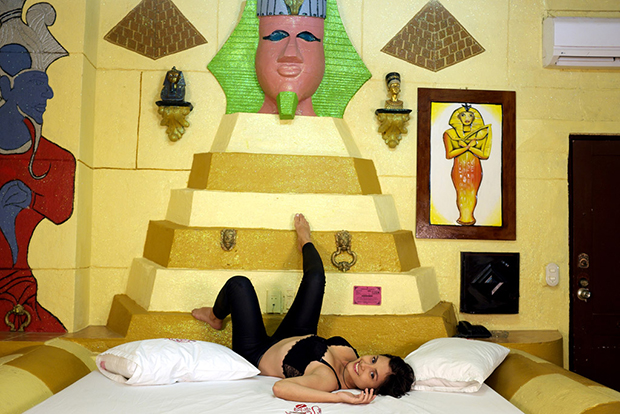 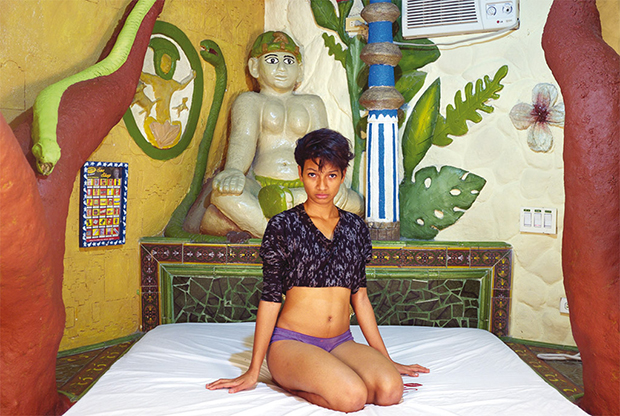 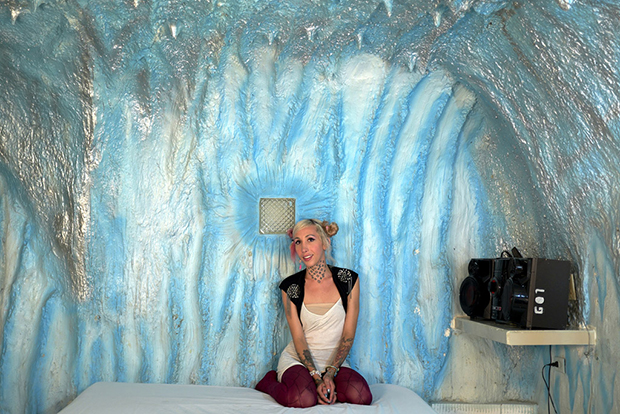 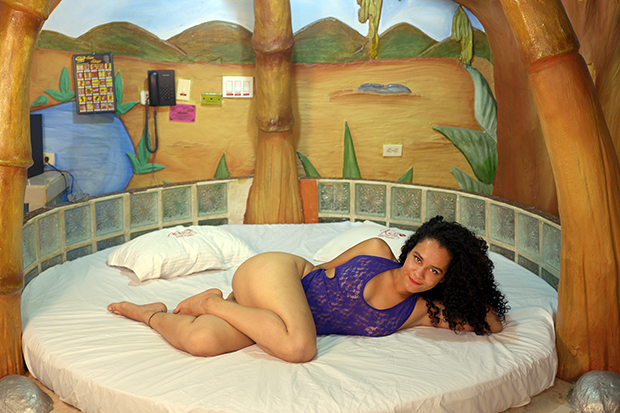 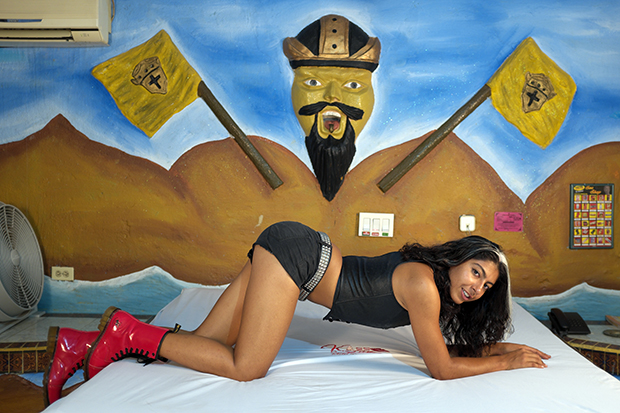