A Look at the Dangerous, Complicated Realities of Poaching in Rural Zambia 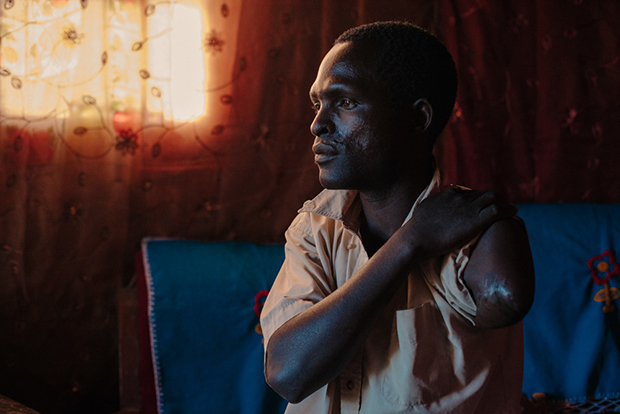 Synody Mulibehzi shows scars from being shot by a poacher whilst on a farm patrol. Zambia, 2014. 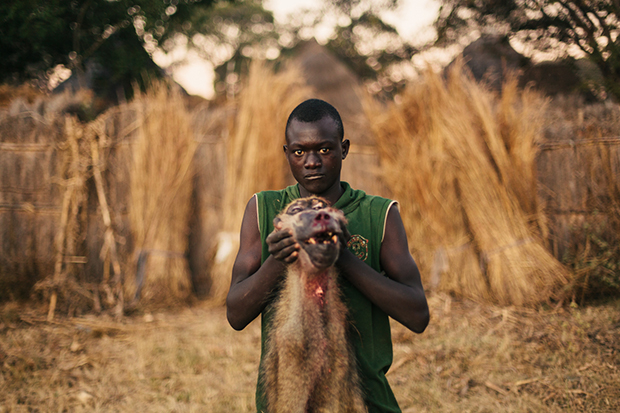 A young man holds up the head and skin of a Baboon, shot for stealing maize. Very few people eat primates here due to religious taboos, yet driven by the hunger for meat, some do despite fears of Ebola. Zambia, 2015.

“Bushmeat poaching most often takes place during the hours of darkness; on most game reserves you can hear gunshots almost every night. You can buy bushmeat from every taxi rank, and see charcoal manufacturers on the peripheries of every single national park. Poachers are hard to catch, during anti-poaching patrols there are countless near encounters, the individuals that the patrols are hunting are ghosts in the bush and you will most often only see material evidence after they vanish from the scene.”

Born and raised in Zimbabwe, and later in rural Zambia, UK-based photographer Benjamin Rutherford grew up in a context where this kind of experience is commonplace. Despite being resolutely against this black market trade, Benjamin empathises that his intention with Nyama is not to produce an activist’s piece; instead he hopes to generate a more balanced photo documentary examining the multiple issues involved in the illegal hunting activities in this part of the world.

Upon moving to the UK, the photographer was alarmed by main stream media’s black and white depiction of poaching and its failure to address the root socio-political causes of the practice. Nyama is his personal attempt to readdress the issue, offering an alternative to the narrative of mainstream media, taking into account the struggles of individuals and the tension between man and our fragile environment. 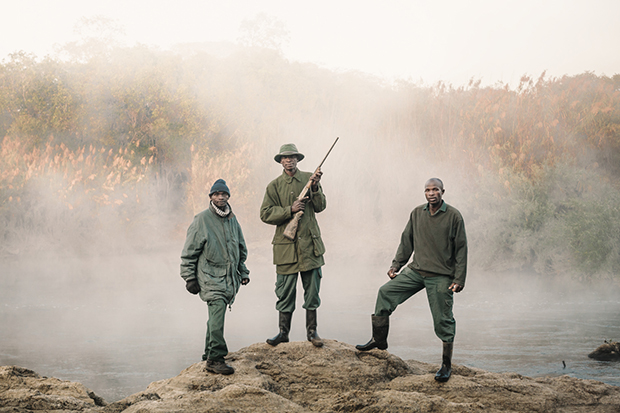 Game guards on patrol along the Kafue river, which borders the reserve they protect. Legally armed anti-poaching patrols come at a huge financial cost. Zambia, 2015. 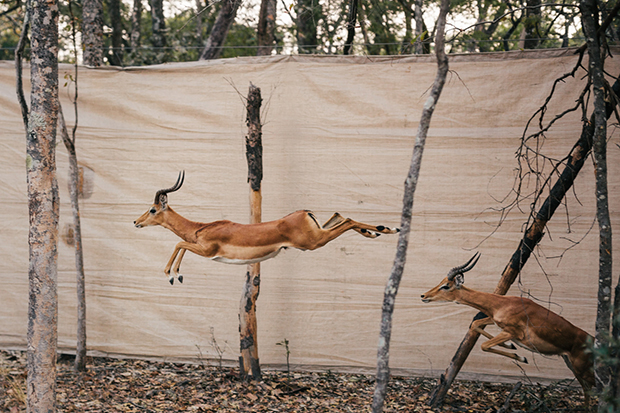 Two Impala males attempt to find an escape route after being captured in a ‘boma’. Zambia. 2015

What does the title of the project Nyama mean?
“The word ‘Nyama’ derives from the Tonga word for bushmeat, that is to say meat which comes from any wild animal. Poaching is definitely not just about rhinos and ivory; in my opinion the bigger problem is the more indecipherable grey world of commercial bushmeat, logging and charcoal trade that takes up as big a space in the black market as narcotics.” 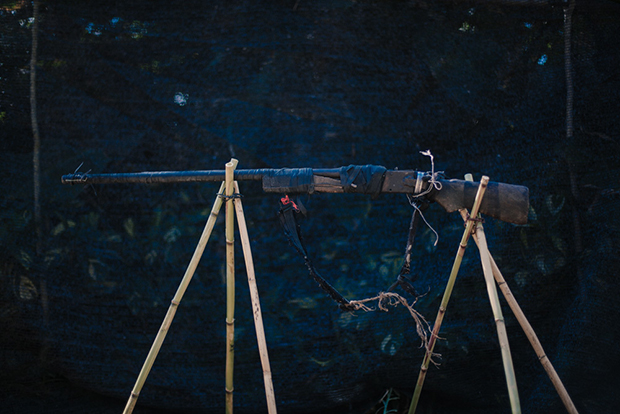 When and why were you inspired to start documenting this issue?
“Growing up in rural Zimbabwe and Zambia, I always had a special interest in wildlife and conservation. Moving to the UK made me realize how much I took it for granted. I was looking for a story to work on when I left university and I immediately thought of the issue of wildlife conflict in Southern Africa. I had recently become frustrated with the emotional reactions, shallow analysis and lack of understanding in the reporting of the issue in the media, specifically when it comes to poaching. There is the Ivory and Rhino horn trade, yes. But there is also an exponentially growing middle class market who still want to eat the traditional dishes of wildlife sourced meat. They provide a huge demand and thus fuel a trade that relies on limited resource, creating a completely unsustainable system. I put in an application for a grant and thankfully won it, It enabled me to pay for all my transport to and within Zambia.” 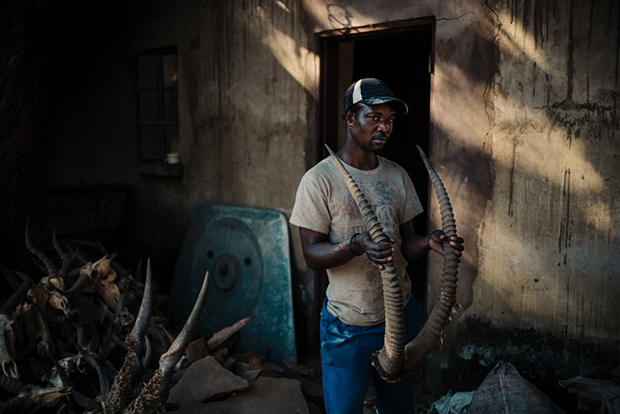 Bon Mvula holds up the valuable horns of a poached Zambian Sable, found along 7 other species in a poachers camp. Zambia, 2015

What did you want to convey through your images?
“My aim was and is for people to take notice and hopefully realize that the situation is more complex than the simple narrative of protagonist and antagonist portrayed in the media. I want to reject the polished narratives and invest in really attempting a coherent explanation of one of the biggest problems facing growing third world countries, and that is how to manage the balance between conserving natural assets and sacrificing them for the Industrial development of the country.

The two main reasons for poaching are sustenance and profitable income. For example, there are situations where someone, most often a wealthy foreigner, suddenly buys up and fences off land previously traditionally hunted on and tells people they are no longer allowed to sustain themselves via an activity they have been led to believe is their ancestral right and only option. Such situations will undoubtedly lead to conflict and social divide. On the other hand, these farms bring much needed mass employment, and invest heavily in creating a sustainable business environment for all involved as well as protecting the natural ecosystem that the farm utilises. Starting and running a wildlife reserve is expensive, you can’t just fence off an area and call it a game-farm. Wildlife is bought, introduced and traded just like livestock and is often more expensive. If you have a framework of poor legal structure, easy targets and very low levels of employment, poaching provides an easy and very profitable business for young men.

Education is also without a doubt a central problem. The perceived right of everyone to harvest the fruits of a supposedly inexhaustible natural resource without consequence is so deeply ingrained in the national mindset that even the leaders of some Southern African countries condone and encourage it. It is important for me in Nyama to convey the uncomfortable relationship between us humans and the environment, the heroism of those fighting to protect it, as well as an underlying sense of the violence that plagues conservation efforts.” 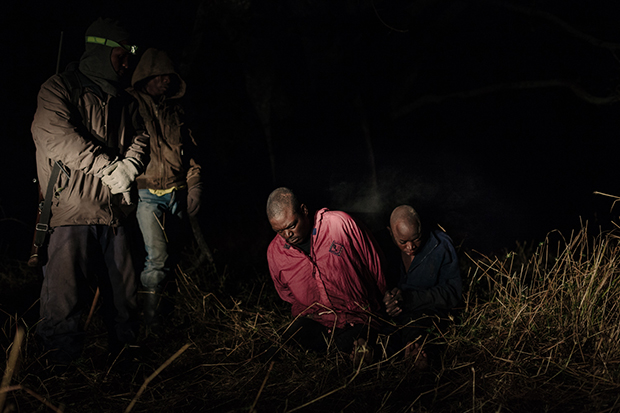 Game guards stand near two poachers apprehended in an ambush. The men claim their motives are due to a need for a living and that they make a good one as poachers. Zambia, 2014.

Did you encounter any obstacles accompanying the game guards on anti-poaching patrols?
“Bushmeat poaching and conservation is dangerously political, and for those involved in the activity, things can get nasty. This means I have to be very careful of those I engage with and those I involve in the conversation. Access too is very difficult, people are not keen to get too involved, and due to the illegal and dangerous nature of poaching, I have to be very careful as to how personally involved I get. It is difficult to photograph a social issue that is not out in the open, it doesn’t have much of a visual manifestation other than the evidence that poaching took place.

Working in such places with a big expensive camera is generally no easy task, you stand out immediately and people are instantly super suspicious about why you are there, who you are and what your intentions are. The ‘truth’ that you are after is clouded and you have to work hard to pull those barriers back down and gain their trust if you are ever to get a decent representation of your subject. The people you talk to will try and pull you across to their side of the argument, so you have to keep aware that everyone you are speaking to is attempting in some way to manipulate how you will portray the story. I will often go a few weeks without taking a single picture, it’s more about building trust with the people around me.” 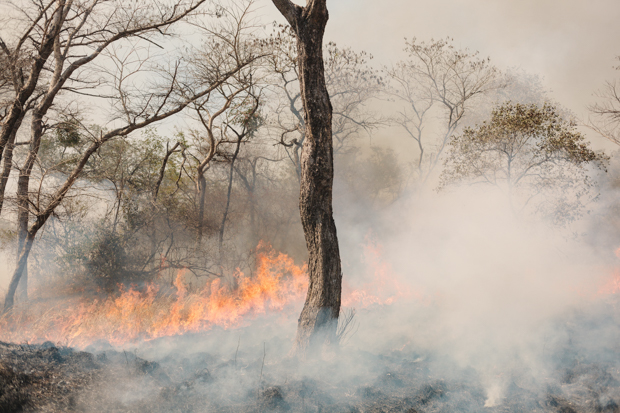 Zambia has one of the worst deforestation and air pollution rates in the world, almost solely due to its huge charcoal Industry. Zambia, 2015.

What stage is the story at currently and what is next for the story?
“The story is in an early stage, it is a work in progress. I know what the story is, I just need to keep pushing to gain the access I need to be able to show as much of it as I can in a coherent manner in order for it to meaningfully add to the discussion surrounding our natural resources, and hopefully, help draw more people into getting involved in the pursuit of viable solutions.” 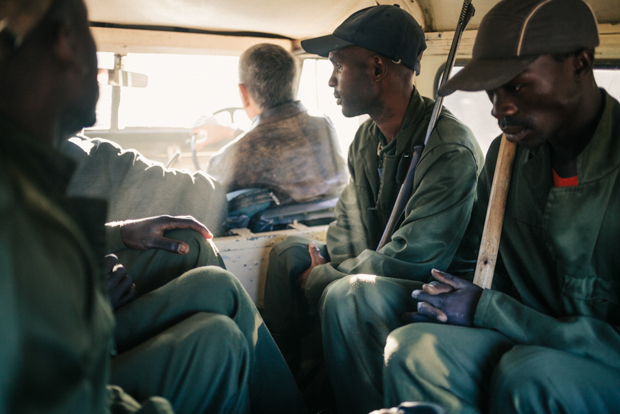 An Anti-poaching team on their way to patrol in an area where poaching is reported daily. Carrying weapons is illegal unless a policeman is present, the cost of which makes it impossible. Most of the men are armed only with a big stick. Zambia, 2015. 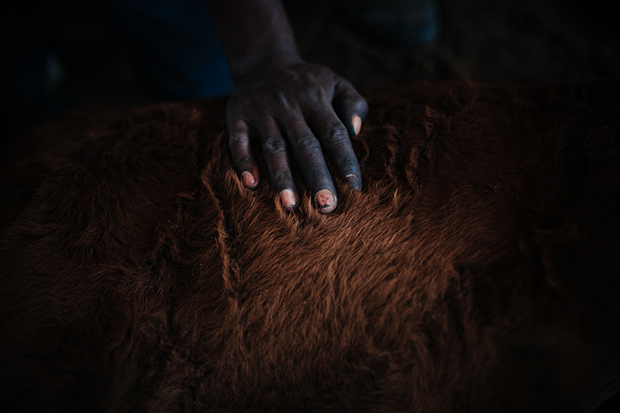 Cured skins and other wildlife products are a valuable industry, however the misguided laws heavily restricting their trade are detrimental to the growth of the wildlife industry, which in turn also has a negative effect on the tourism industry. Zambia. 2015 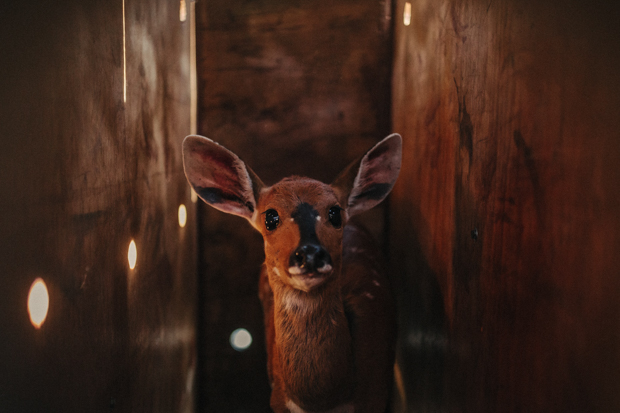 A juvenile bushbuck, captured on a private game reserve, is destined for a small lodge, where it will be kept as an attraction for guests. Zambia. 2015 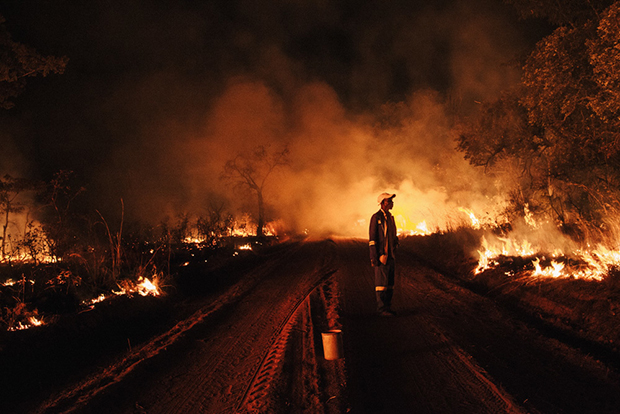 A farm manager watches as a deliberate bushfire tears through dry winter grass to create a firebreak to combat larger fires caused by poachers. Zambia, 2015 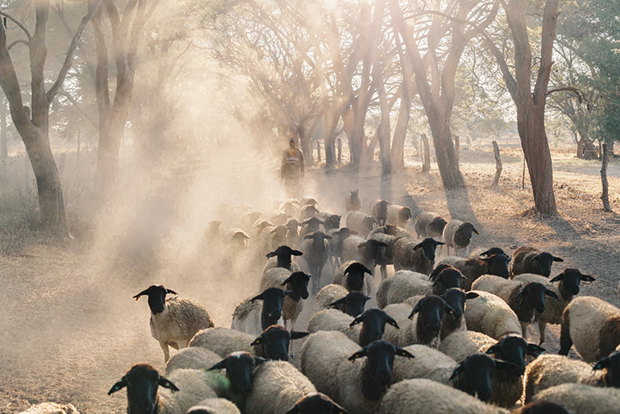 A herdsman brings in sheep from a day of grazing. Sheep and cattle are sometimes targeted by poachers, however the penalty for rustling is considerably higher than it is for poaching wildlife. Zambia, 2015. 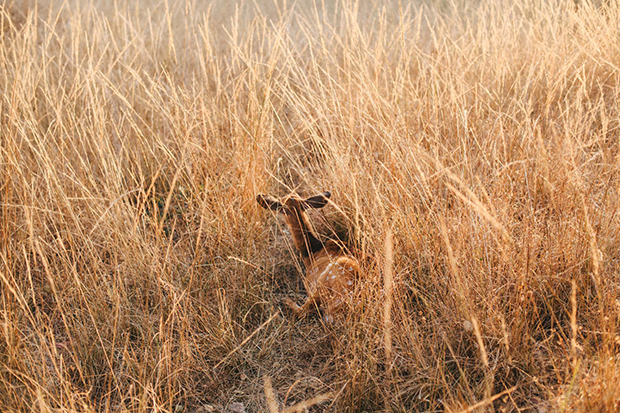