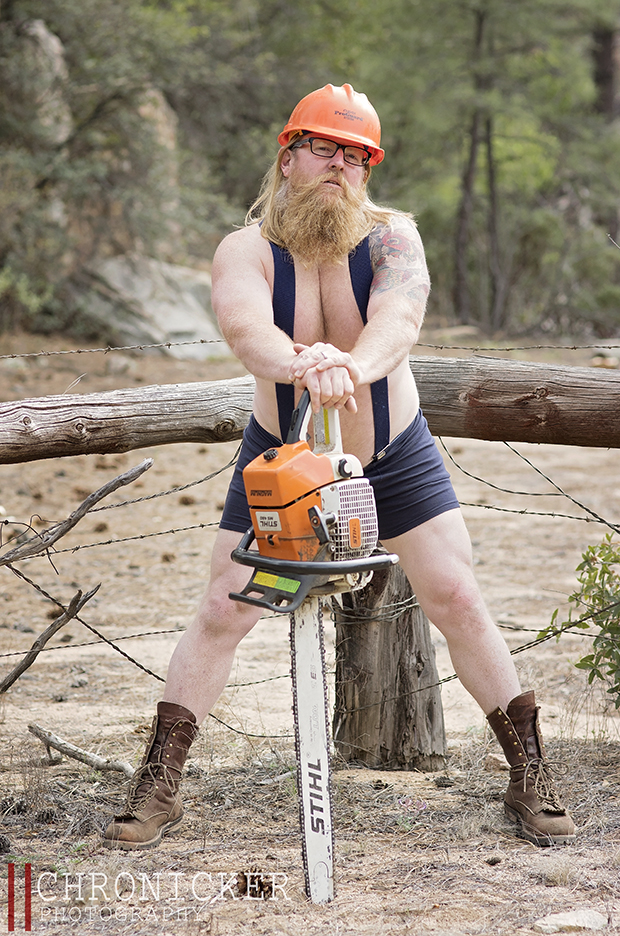 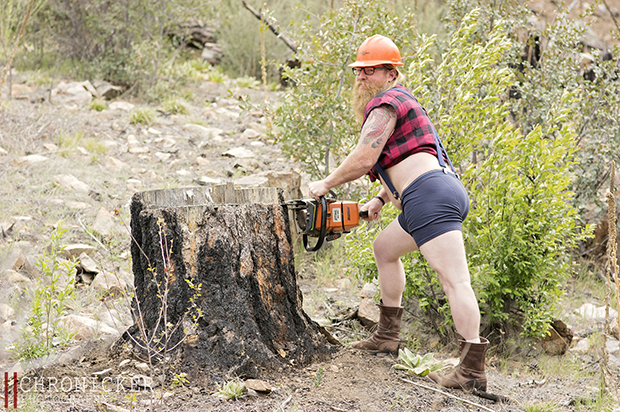 When Prescott, Arizona-based photographer Chad Castigliano of Chronicker Photography and his friend Tim the firefighter set up a fun, sexy photo shoot to benefit his wife’s non-profit organization Books To The Rescue Yavapai County, he thought it might be cool to have, say, one thousand Facebook shares. In the week since the sassy shots were first published, they’ve been shared more than 240,000 times and seen by tens of millions. Tim has become a sex symbol, and the photographer has been lost in a whirlwind of messages and media requests.

It all started with Castigliano’s wife Jasmine and her wish to help children in desperate need. Books To The Rescue Yavapai County, in partnership with the local sheriff’s department, hopes to provide all first-responders with comfort packages for children. The bags will have books, toys, and other items to help give solace to kids in terrifying situations.

Books To The Rescue Yavapai County had an initial goal of raising $50,000 for supplies, and local couple Tim and Sierra, who have a child of their own, offered up their help. The inspiration to make a “dudeoir” calendar starring wildland fireman Tim as the leading man came from similar projects that had gone viral online, but the photographer could never have anticipated the mega-wattage of Tim’s star-power.

The photo shoot itself took place in a relatively secluded forest area in Cherry, Arizona. It was filled with laughter, says the artist, but over time, everybody kind of embraced Tim’s cheekiness, including Tim himself, who truly came out of his shell.

Since the first online publication of the calendar images, Castigliano’s Facebook page has been shut down twice due to “complaints against content.” But for every negative word, there are thousands of overwhelmingly supportive comments. When my normally rather stoic editor first saw the pictures, she wrote to me, “I’m literally laughing. Does not happen much.”

She’s not the only one. Castigliano received a message from one woman who had recently lost her husband. For the first time since his death, she had cracked up seeing Tim’s sexy shoot. The calendar has also encouraged others to follow Tim’s lead and embrace their inner superstars. Two transgender teenagers wrote to the photographer to thank him for the good vibes and body positive message, a sentiment that carries much significance in the wake of the recent and devastating North Carolina “bathroom law.”

In working to help local children, the Castiglianos have started a global movement and crowned their friend Tim “The Whimsical Woodsman.” Reserve your calendar here. T-shirts are also available for purchase, with a portion of proceeds going towards Books To The Rescue Yavapai County. 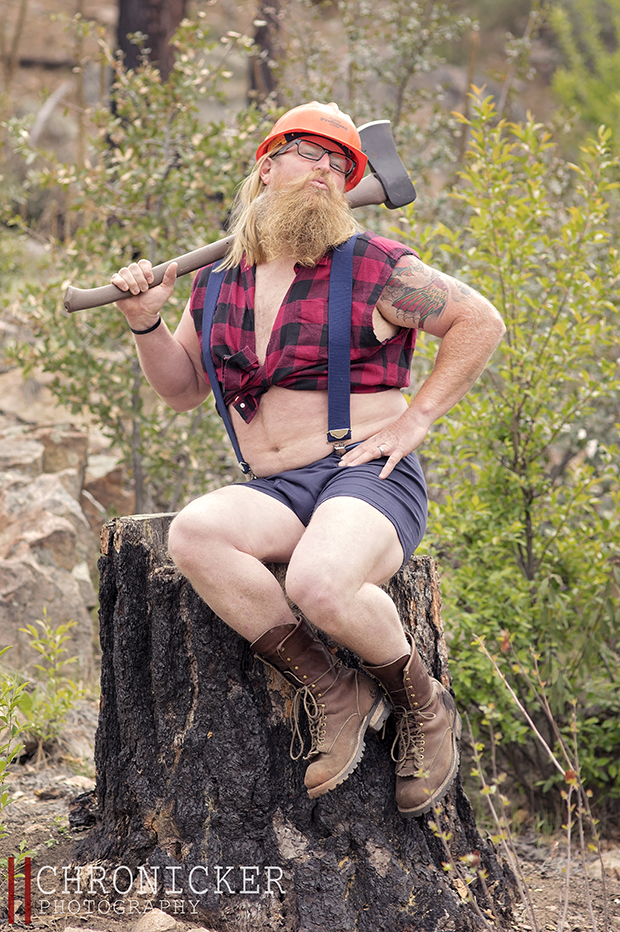 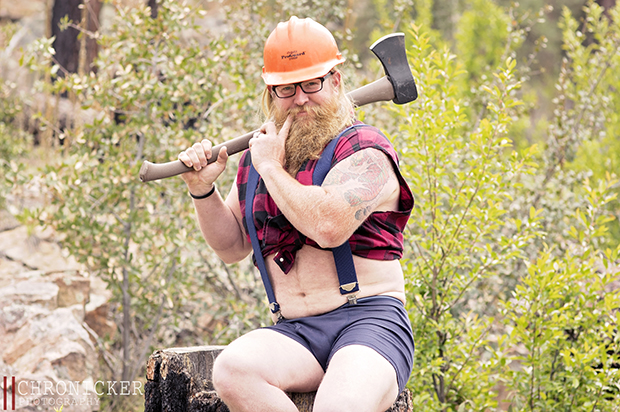 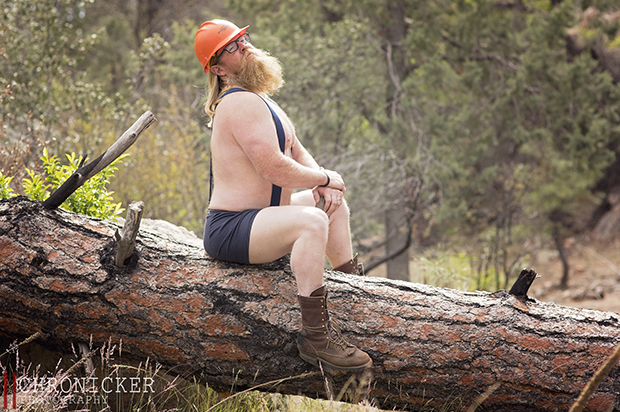 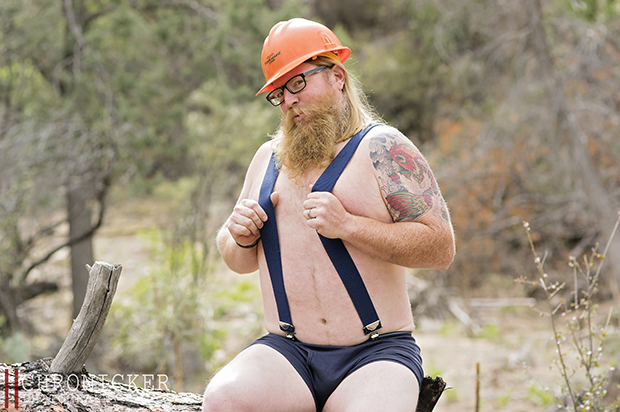 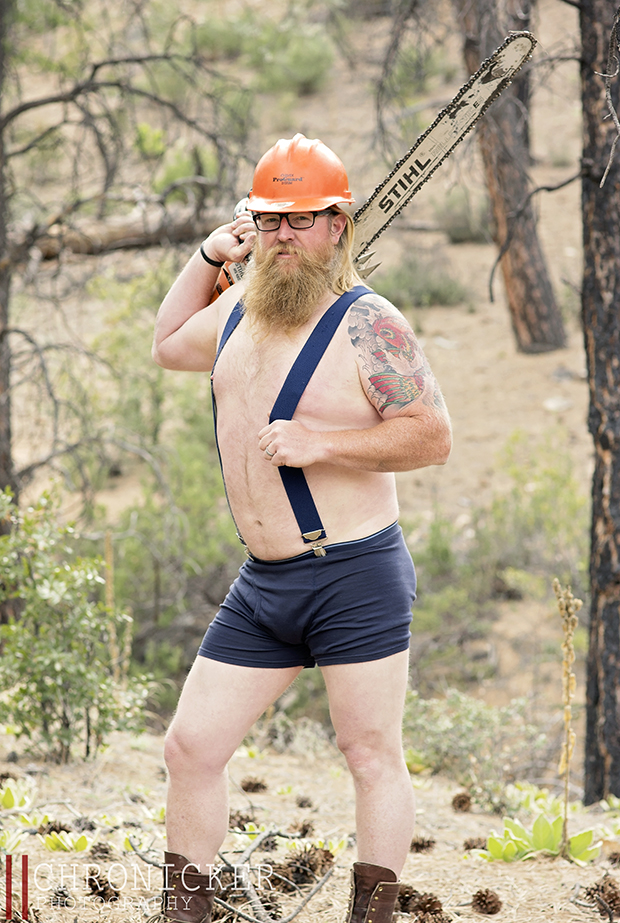 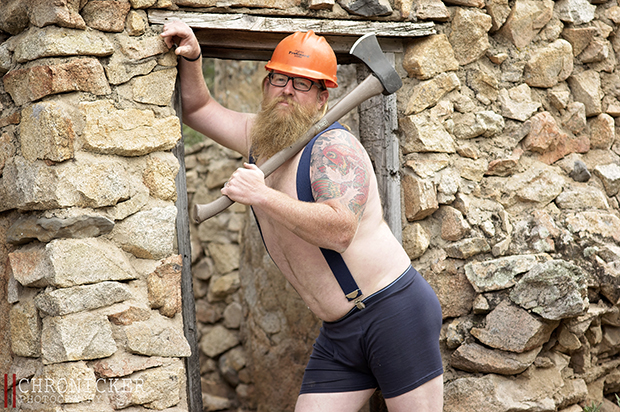 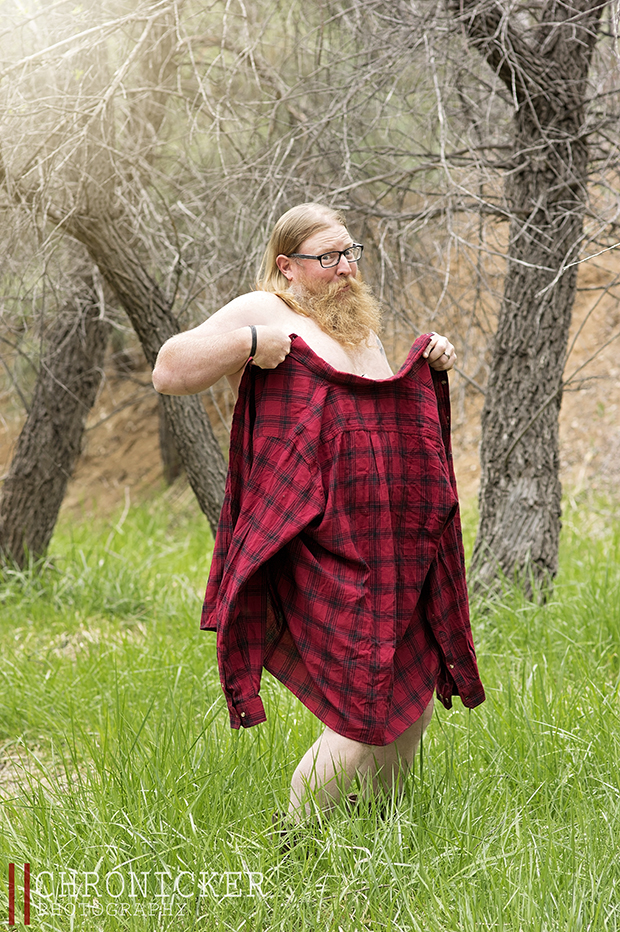 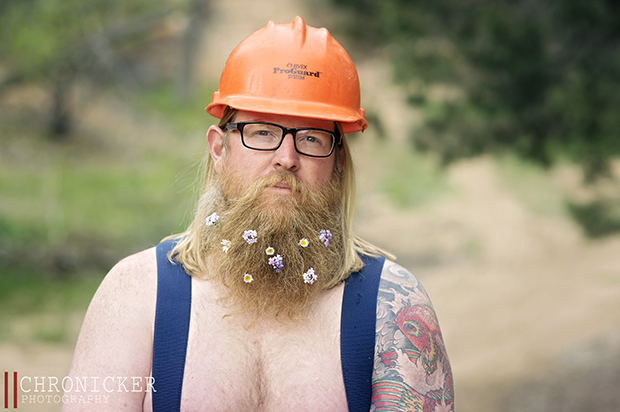 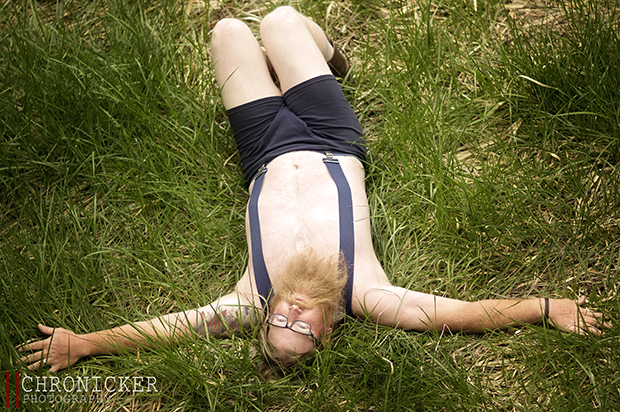 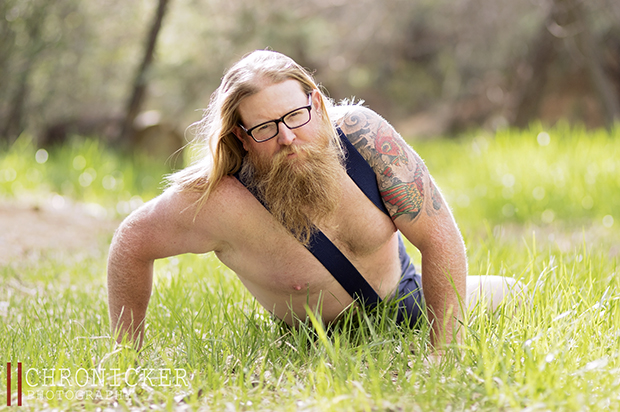