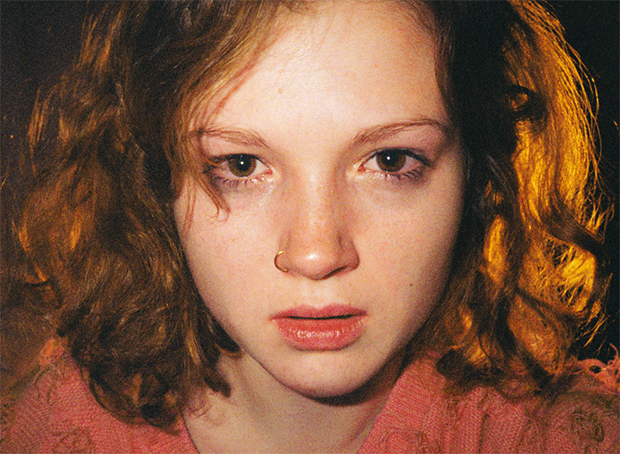 Bad Day, 2013. This was after a fight with Cooper in high school. Taking photos of myself when vulnerable is really important to me — I think it’s about trusting myself. And when you’re 17, feeling bad also feels really good. 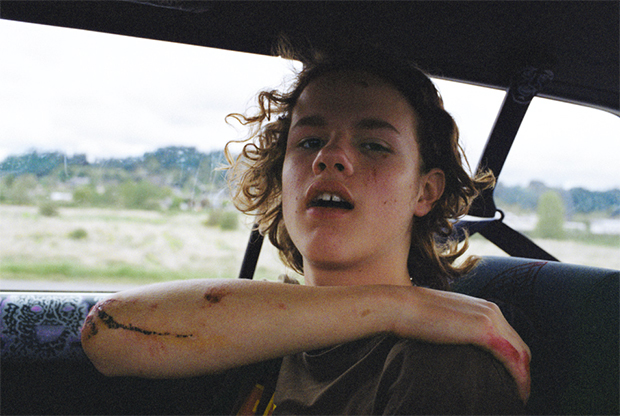 Max Jumped Off a Train, 2012. My little brother Max was super crazy when he was younger. This is him after he jumped off a moving train when he was 12 or 13, but he tried to convince my parents it was a biking accident. We were driving to Seattle to see my dying great uncle, and he trusted me to keep the story a secret until my parents found out. Max is still a muse to me, and I couldn’t love anyone more than him. 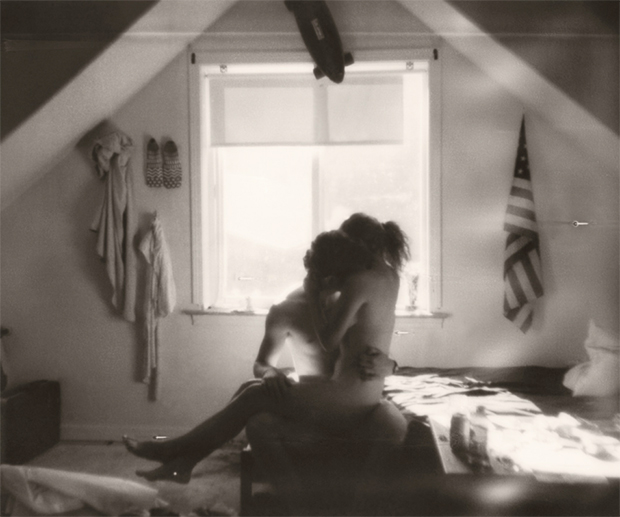 Codependency Before College, 2012. My high school boyfriend, Cooper, and I in his bedroom at his mom’s house in the country. We spent so much time together. It was that first longterm relationship when you can’t imagine doing anything without the other. Then he left for college, and we had to figure that out. We had some amazing times together; we used to draw and cook and make things about each other. It was a very special bond. I still have all of the paintings he gave me (they hang proudly in my apartment!), and we see each other in New York now and again. He is very special to me, and I respect him a lot. I couldn’t handle 17-year-old me, I can’t believe he did! Haha.

“This is literally what is in the mind of a teenager,” says Brooklyn-based photographer Olivia Bee of her new photo book Kids in Love, which began eight years ago when she was fourteen. In between house parties, family vacations, make-out sessions, and a thousand heartbreaks, she retreated into her high school darkroom to pin down her experiences, which seemed always to pass prematurely into memory.

Because Kids in Love is a book about firsts— first kisses, first heartbreaks— every image within is impressed with the knowledge that these rites of passage can never be lived again. She and her friends exist as if inside a confidential and precarious bubble that inevitably bursts the instant the photo is taken. Nostalgia for Bee is like a drug, it’s that imminent sense of loss that amplifies the volume on her otherwise hushed encounters.

In conversation with collaborator Tavi Gevinson, Bee admits, “All the photos that I make are love letters.” She’s cried over some of the pictures; she’s crying in others. The moments she photographs are the ones that pop up in your subconscious when you least expect them, but they’re also the kind that escape us whenever we try too hard to remember. They’re the moments that haunt your dreams well into adulthood, or maybe dreams were all they ever were to begin with.

We asked Bee to tell us the stories behind some of her favorite images from the book, which you can purchase through Aperture. The artist will be at Bookmarc for a book signing on April 6th, and will be at the release party at Aperture Gallery on April 29th. 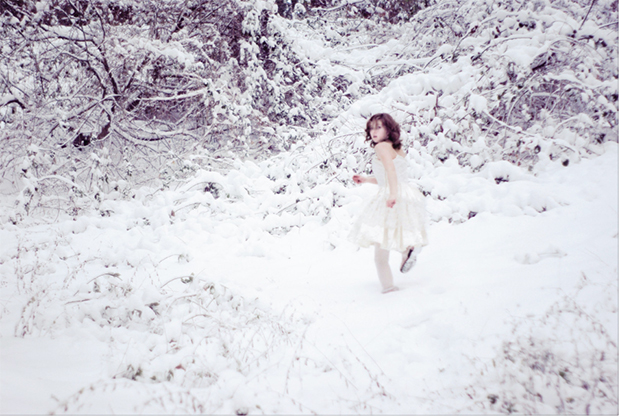 Away, 2008. This was the first self-portrait where I thought I may have captured the notion of the unique experience that existed inside my brain, and that I was bringing to the outside world. It snowed like crazy that winter, and I had just gotten dumped for the first time. 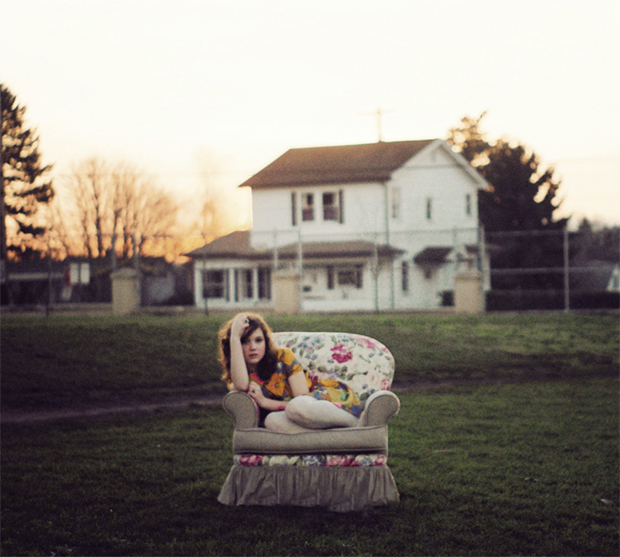 Home, 2009. It’s funny how when you make things, you often don’t know the hell why. But then later, all of the pieces come together, and you notice your patterns and choices and how you express them. I remember not knowing why I wanted to bring the chair to the park near my house, but I vividly remember needing to. Looking back on it, especially with all of the other images I was making at this time, a lot of the work had the common thread of bringing the home within yourself to the outside world. 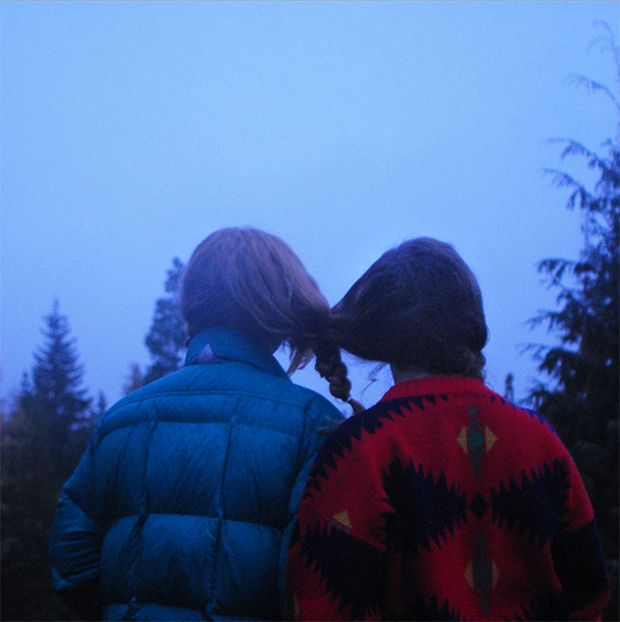 You and Me, 2009. The world of you and your best friend is so important when you’re growing up — this is Lillie, whom I have literally known since she was born (I’m two years older than her). We were tied at the hip and lived in memories that we created ourselves in our dream world. She was my first muse. 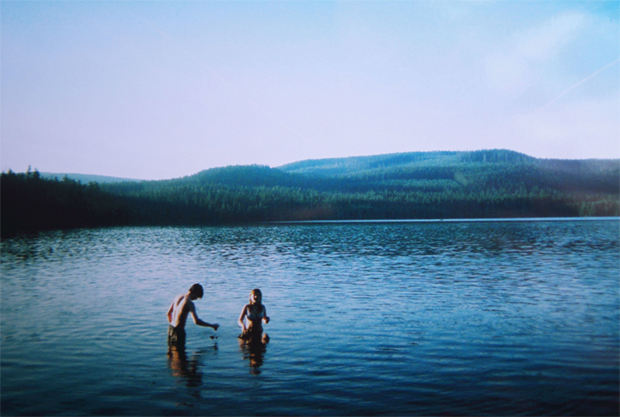 Untitled (Fifteen Forever), 2010. Liam was my neighbor across the street growing up. We did everything together and are still very close. Our families would go camping in the woods in Oregon; this is one of my favorite places in the world, Timothy Lake. 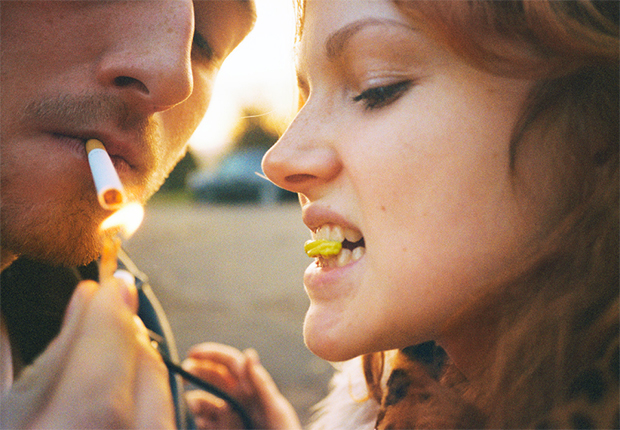 Lovers, 2013. Cooper and I in Portland. He shaved his head that day. 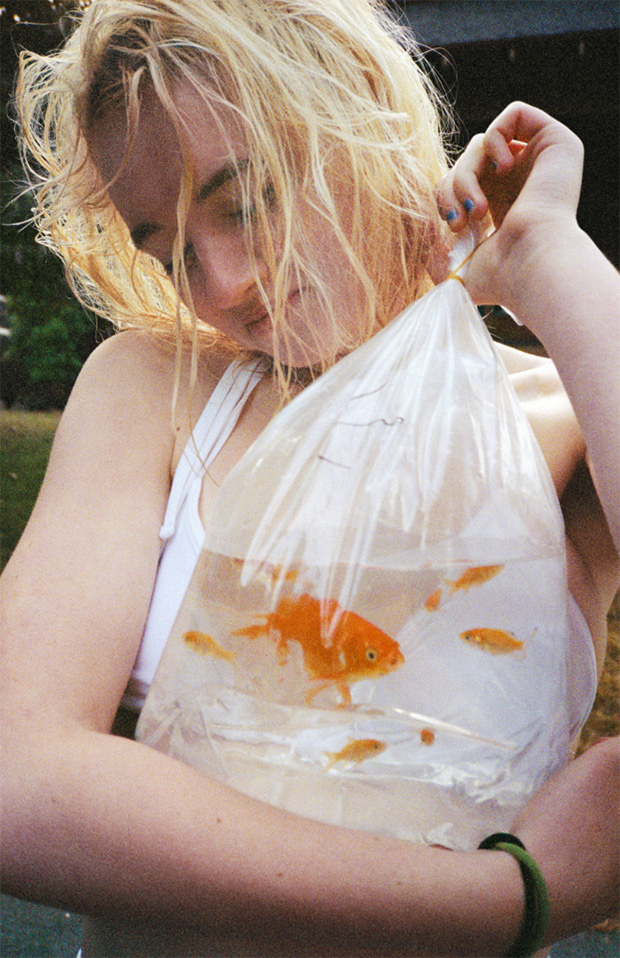 Untitled (T-Shirt Weather Heaven), 2013. Tuesday is such an amazing human, and she is so full of the most convincing and elaborate labyrnith of magic I’ve ever encountered. This was after we shot a video for Hermes. There was a whole section with goldfish in a bathtub, but I cut it from the final. I gave her all the goldfish, and she was driving to California the next day with her boyfriend. She took them with her, but they died in the car. 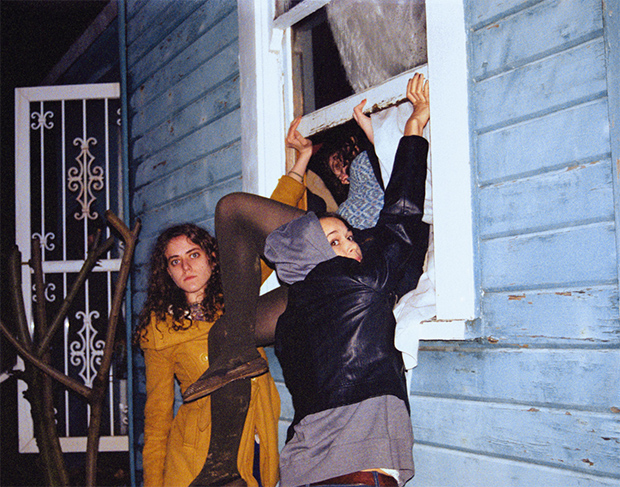 Whose House Is This, 2011. This is the only image in the book that features people I don’t know. It was after a wild house show in Portland near Laurelhurst park. I forget who was playing, Wampire or Vanimal or someone. Those house shows were epic. More teenagers than Grant High School had in the entire school would pack the house to the brim and spill onto the street. Everyone was making out inside and drenched in sweat. I stole a deck of cards from the floor and made out with a dude who was older than me in the bathroom. The cops busted it, and everyone was climbing out the windows. 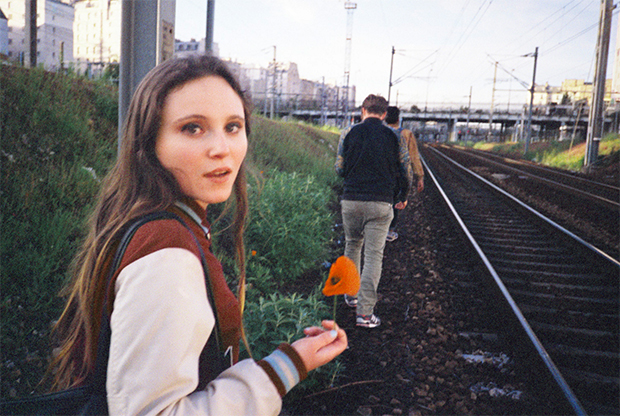 Paris at Sunrise (Poppy), 2013. This is one of the two images in the book that weren’t taken in America. Paris used to intoxicate me. I was there probably 30 times between 18 and 20, at least. It was the first big city that I really got to know on my own and had to figure out. My French is still so terrible it’s embarrassing. I’m so shy when it comes to that stuff. This was taken after one of the many long, long nights, where we were out ’til 10 or 11am after a party at Le Grand Palais. This morning there were probably 5 of us dodging trains. Wallis (pictured) and I met on an airplane.