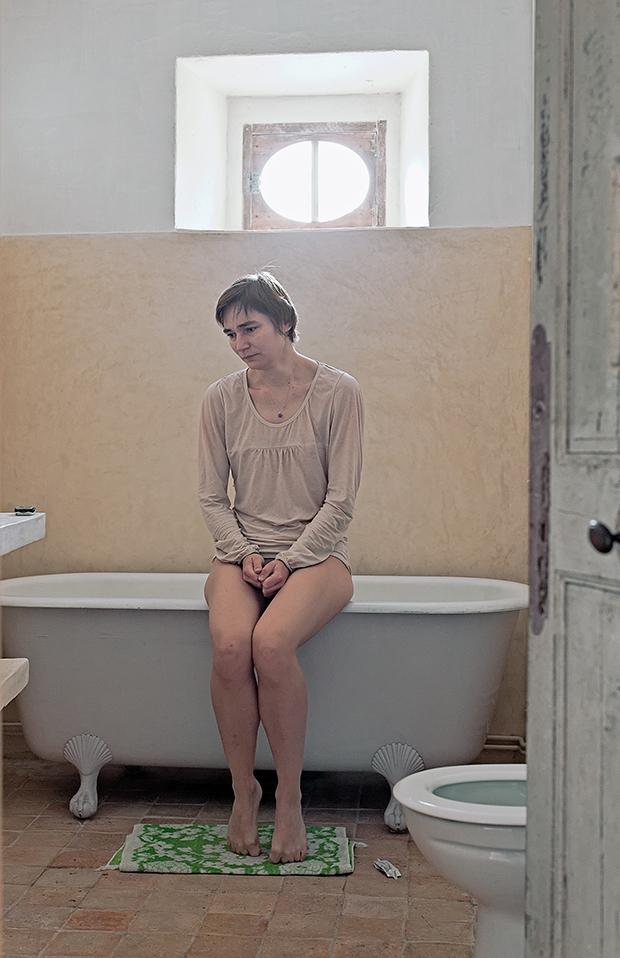 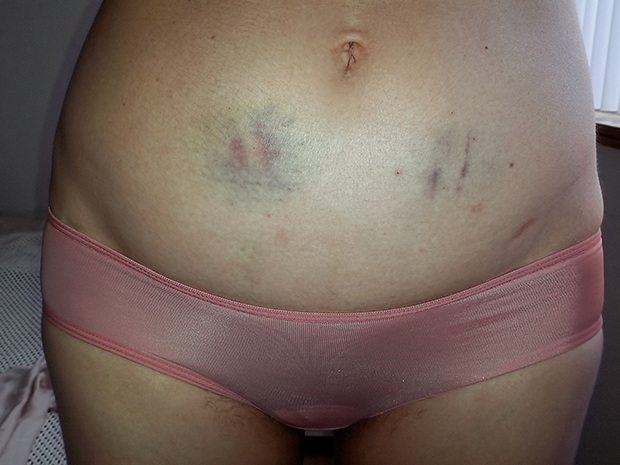 “It’s about waiting for an angel who never shows up,” says Finnish photographer Elina Brotherus of Annonciation, the series of images that led to the creation of her sixth monograph Carpe Fucking Diem. Here, she breaks open the forbidden topic of involuntary childlessness, revealing the undercurrents of desire, promise, and grief that so often lay hidden beneath our culture’s fixation on the joys of childbearing. Continuing in the tradition of Leonardo, Jan van Eyck, and Caravaggio, Brotherus casts herself as a successor to the Mother Mary, who without her Gabriel, sits suspended in time.

On the advice of graphic designer Teun van der Heijden, the photographer includes in the book other images that bookend Annonciation on either side, acting as a visual prologue and epilogue. While Annonciation itself might follow a linear narrative, the beginning and end of Carpe Fucking Diem unfold like a stream of consciousness, seemingly without a starting point or termination. The crux of all, suggests Brotherus, is that the days, weeks, and years continue to fall away without regard for humankind. Life—specifically her life—does not in truth stand still as it might have done in the Annonciation photographs. She stops for a moment. She laments. She continues on her way. We spoke with the photographer about Carpe Fucking Diem, which can be purchased here.

Could you tell us a bit (as much as you are comfortable with) about the personal journey that you chronicled in this book?
“Of course the angel in Annonciation is a metaphor because I’m not religious, and I was going through five years of infertility treatment. What we learn about the subject in the media – documentaries, interviews, articles and TV programs on infertility – they all have a happy end. In reality, the success stories are rare, but they are the ones we hear of. For the rest of us, this biased broadcasting is upsetting. It’s as though the general public should not see the inconsolable reality but instead a cathartic ‘per aspera ad astra’ Hollywood story.

“When in a treatment, one’s imagination is quick. One thinks of names and which school the child will go to. When the treatment is unsuccessful, it’s not exaggerated to say it feels like mourning someone who died. The loss is very concrete. Not only does one lose a child; one also loses a whole future life as a family.” 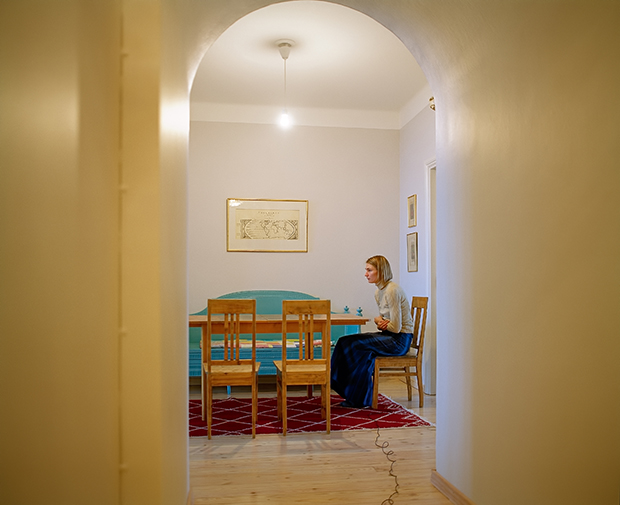 You’ve made autobiographical images throughout your career. Were these pictures any different because of the emotions involved?
“I only can acknowledge that work follows life. I made autobiographical self-portraits in the very beginning of my career when still in art school. Then, for ten years, I did other things – I was interested in painting, the way artists look at their models and how to represent this in a picture. I was using myself as a model, but the photos didn’t talk about what was going on in my life. I was an image-maker, dealing with formal, visual and art-historical issues.

“Then I approached 40, and life got complicated, and the autobiography sneaked in again. It wasn’t anything I planned, but I didn’t push it back either. This is my strategy as an artist: to accept the pictures that need to happen. Annonciation and Carpe Fucking Diem are different than, say, The New Painting (2000-2005) precisely because the emotion behind the scenes is the driving force of the making. But it doesn’t mean that you couldn’t look at them as pure pictures too. You can stay on the surface and enjoy the photographic qualities, or you can delve into the story if you feel that you want to.” 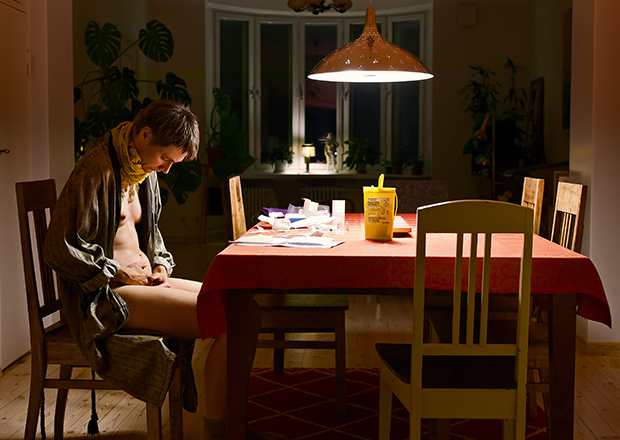 Why was it important to you to make these pictures?
“It would be wrong to call them therapy work. I used to think that I could deal with my problems by making photos. Later, I realized that despite the photo, the problem remains and needs to be verbalized – that’s what therapy is. But photographs can underline moments in life and make them visible. Photography can occupy [space] and give [you] something meaningful to do. There’s still that huge extra-artistic goal, but a good picture is a small goal in itself. It can be rewarding and satisfying to get at least an image, if you see what I mean. And in the end, I got a dog too.” 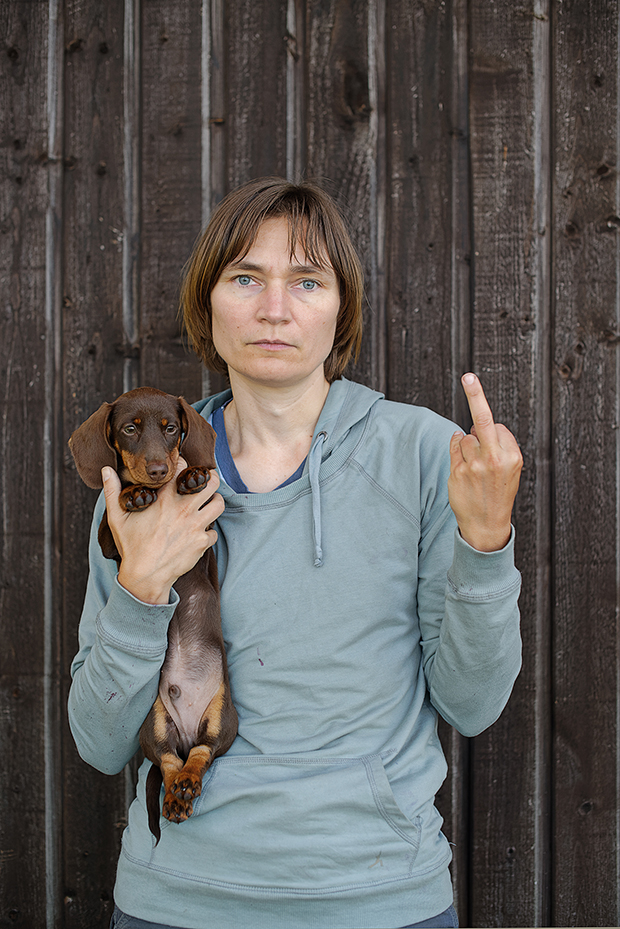 My Dog Is Cuter Than Your Ugly Baby

Were there any moments in which you considered not documenting the process? If so, what motivated you to continue?
“I didn’t shoot in the clinics, and I didn’t shoot my partner. He appears in one picture only, where we see his legs standing next to me. So I guess you can’t fully even call it ‘documenting the process.’ I wanted to see what happens to me, because the ‘me’ is my tool; it’s a sign in my visual vocabulary, so if it changes, I want to be able to see that change.”

Is this story a personal one, one you wrote for yourself, or is it one that you hope will apply to many women? Can it be both?
“I definitely didn’t write it for myself. I would have written a different end. I know that unfortunately it applies for many women and men. I have received more feedback after showing this work than I have for any other body of work. It gives a voice to those people whose experience is rarely articulated in art or in life.” 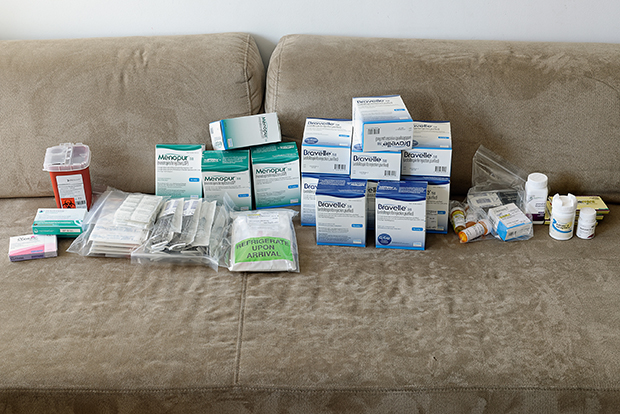 Why did you include only images (no text) in Carpe Fucking Diem?
“One of my long time favorite photobooks is J. H. Engström’s Learning to Dance. I remember how audacious I found it that it had no text whatsoever. It was great. So I copied it from him.

“Don’t you find it tacky too if there was some sorry essay by an art critic analyzing these photos? It would be totally embarrassing. You see it or you don’t see it; it doesn’t matter. But no lessons, no explanations, no preaching, no judgement, no. No.” 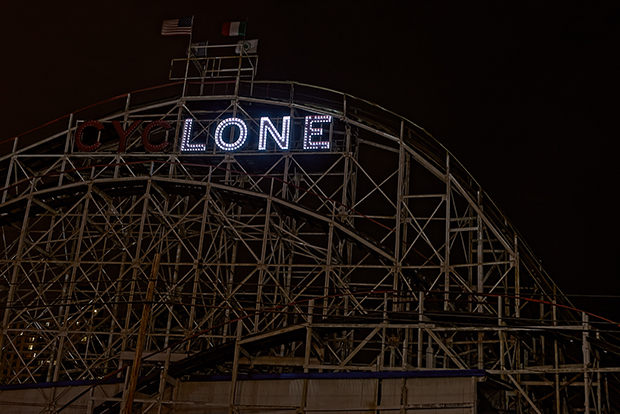 What do you hope your audience—men, women, people of all ages— will learn from these images?
“Nobody needs to learn anything. This is an art project. Except maybe for thinking twice before asking anybody, ‘Do you have children?’ Or worse: ‘Don’t you want to have children?’ We’ve had that one too.” 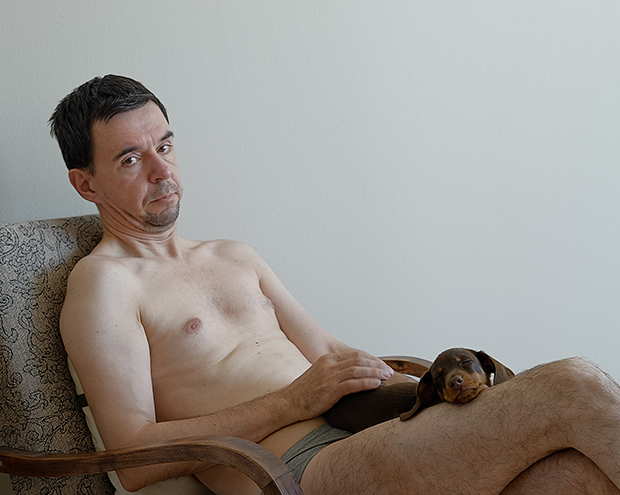 Has your relationship to these images and to this book changed over time? If so, in what ways?
“In the first exhibition in May 2013, I didn’t come out from the back room of the gallery. Now, two and a half years later, I can already face my audience. As to the book, I have an unreal feeling about it, as though it doesn’t really exist yet. That’s because we were supposed to launch at Paris Photo on Saturday, but then Friday November 13 happened.”

What does it feel like to be releasing this book? Do you have any fears, any hopes, any dreams about this book being seen and shared?
“The great thing about this book is its design. To be honest, I don’t even think about the story anymore when I look at the book. I admire its structure, the intelligent choice of papers, a sequencing that totally makes sense, the unrespectful way of treating images in the ‘nightmare’ section, the film-strip-like fold-out, the long break with blank kraft paper page.

“The feeling, at several points, that this is almost too much, almost too long, and precisely then comes a rupture. This is my best book, and I can say all this because the feathers go to another hat, not mine. My super-hero designer Teun van der Heijden specializes in photobooks. His way of visual storytelling approaches editing a movie, and I really appreciate that. You know that I also make videos and short films, and the boundary between the two is a really interesting area – the photobook as a film, the film as a photo album…” 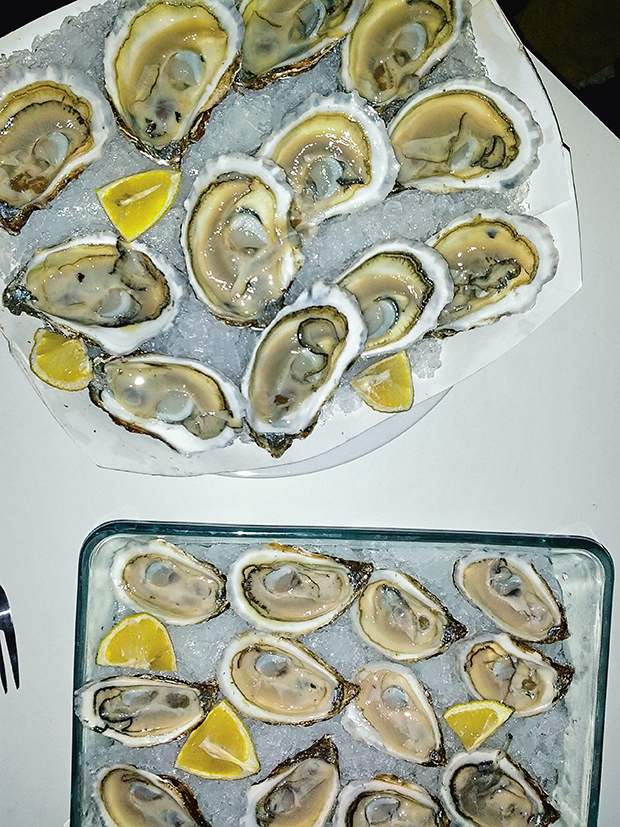 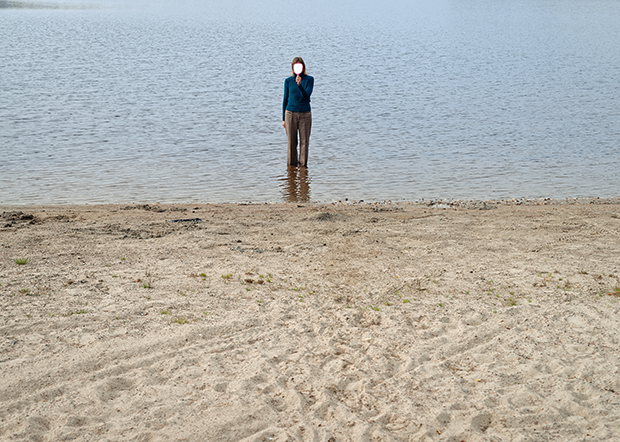 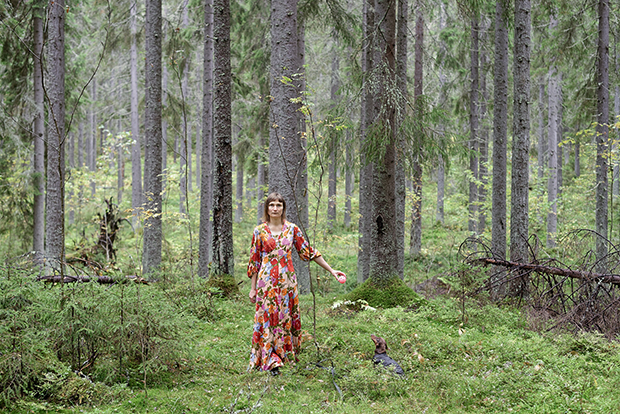