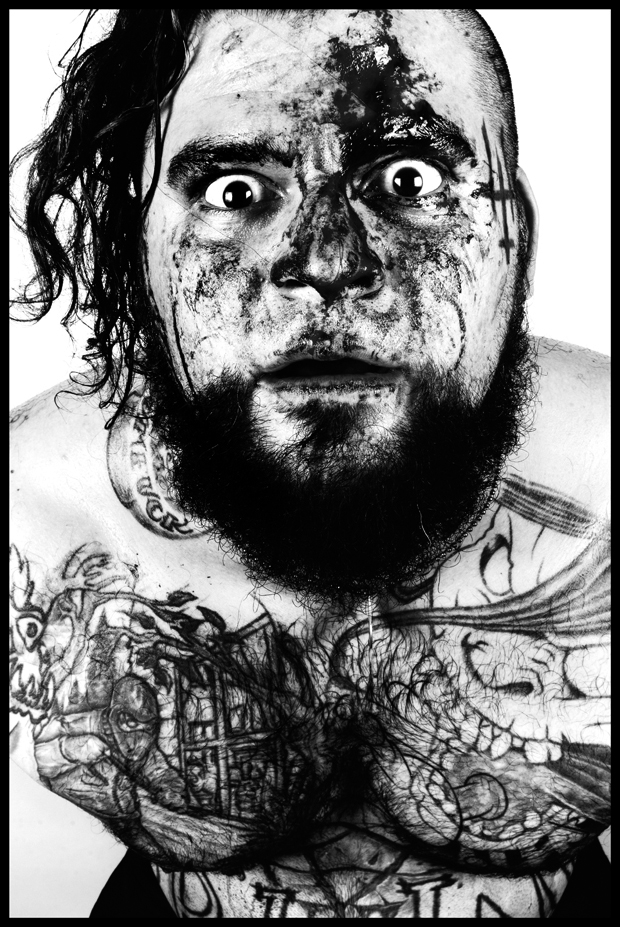 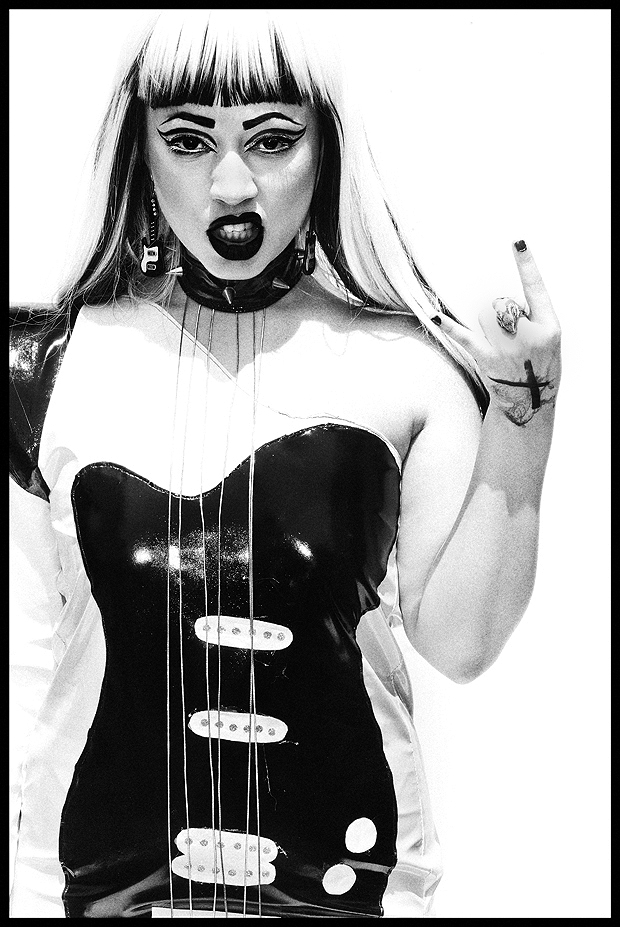 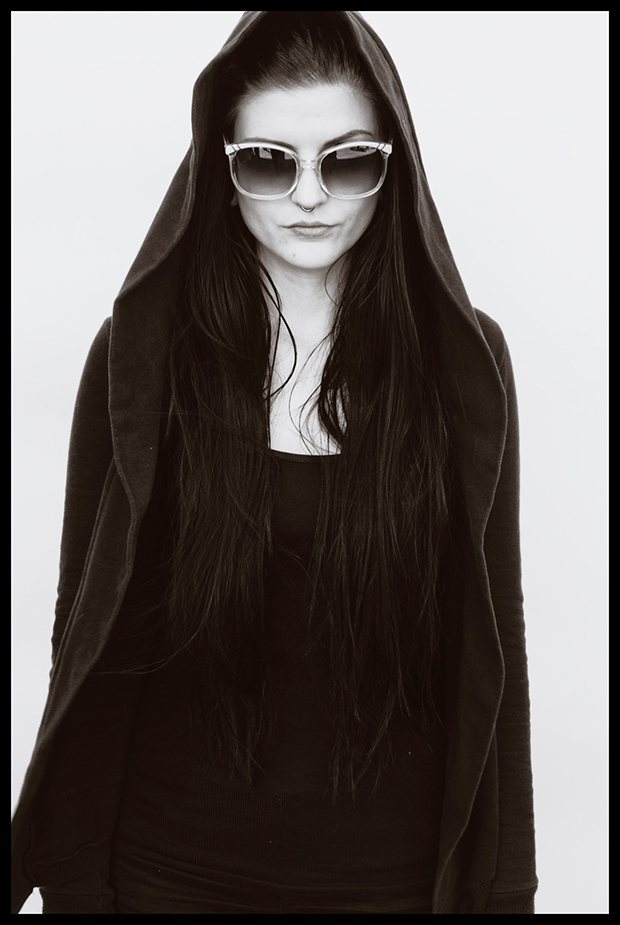 Maybe it’s hard to believe but death metal fans are some of best people out there, or so says Baltimore photographer J.M. Giordano. He would know. For his latest project Killer Angels, the photojournalist attended over sixty death metal shows. His subjects however weren’t the bands, but the fans. “Honestly, I loved this project and the people. Metal fans are the best, most welcoming group I’ve met,” says Giordano.

Many of his portraits include the expected metal paraphernalia: shiny leather jackets, silver spiked belts, shredded jeans, heavily inked forearms (and faces), menacing glares. But with Giordano’s photos, the devil is in the details. One fan grins cooly at the camera, a tattoo spread across his forehead reads “ROCK-N-ROLL VICTIM”. Another wears a guitar-themed dress complete with six strings hanging down from a spiked collar on her neck down to her crotch. One imposing man, his hands balled in tight fists, wears a black executioner’s mask with a leather jacket and ammo belt around his waist.

Giordano shot his subjects during and after the concerts using a Nikon D7000 and a piece of paper. As he says, “There are NO fucking studio shots. These are the real deal.” It’s taken him three years to complete. Besides waking up with no hearing, what was the hardest part? “Getting fans to drop the ‘devil horns’ for a sec,” he says. 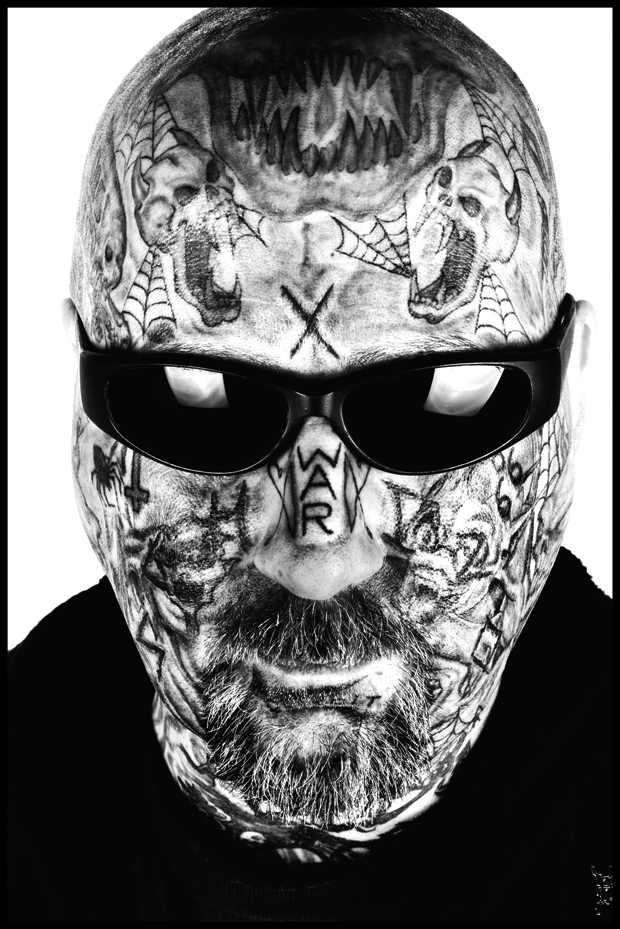 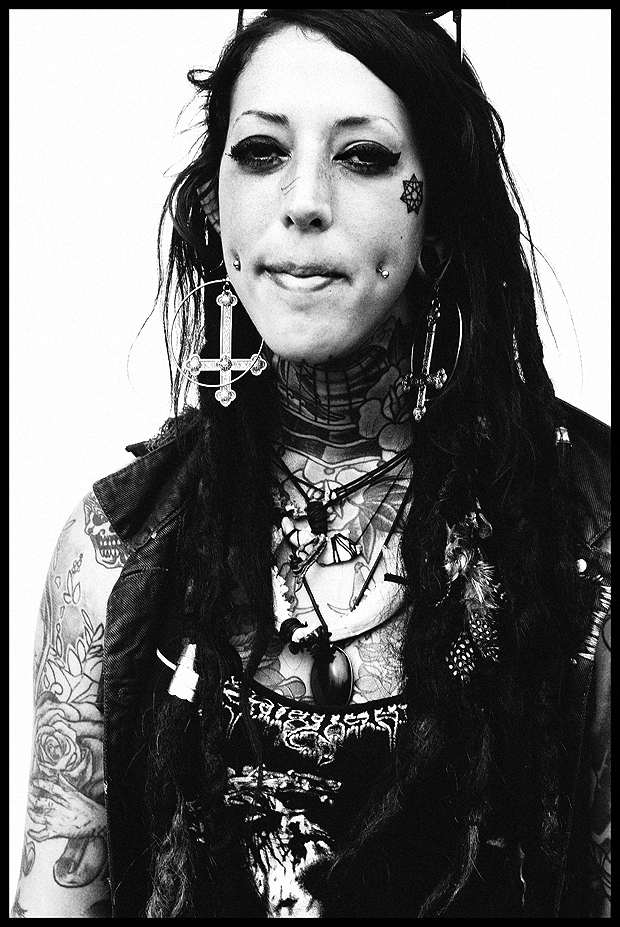 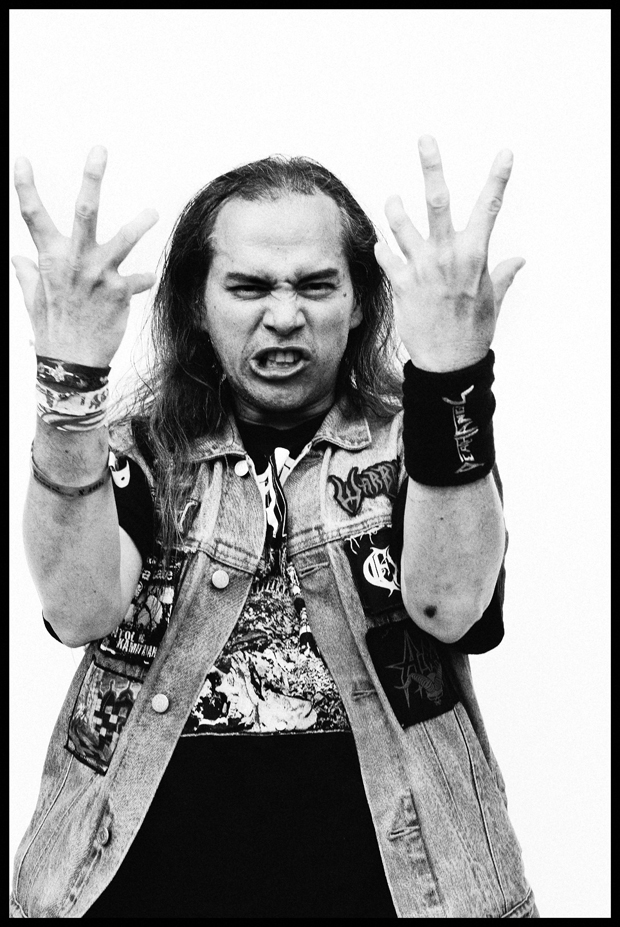 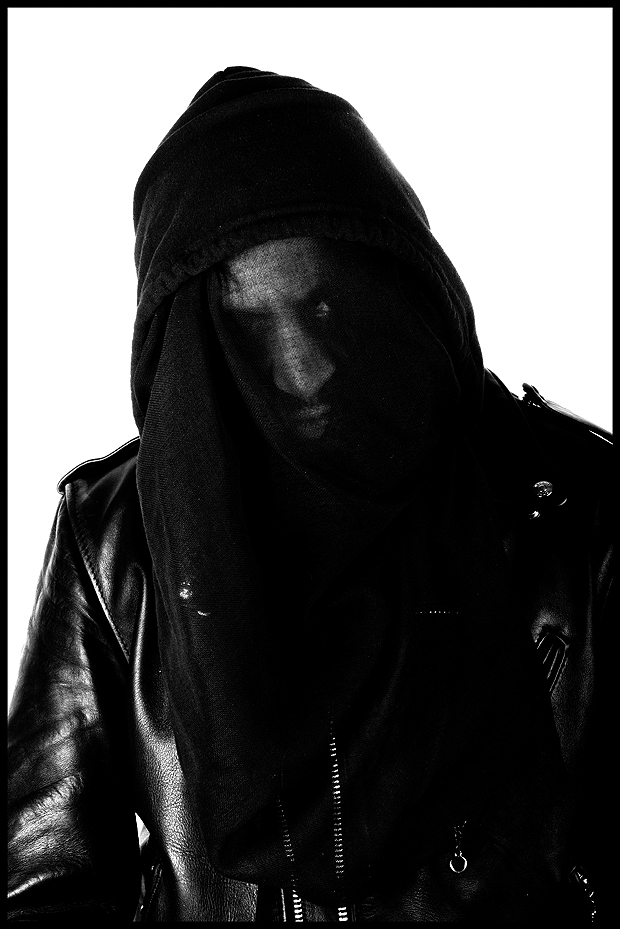 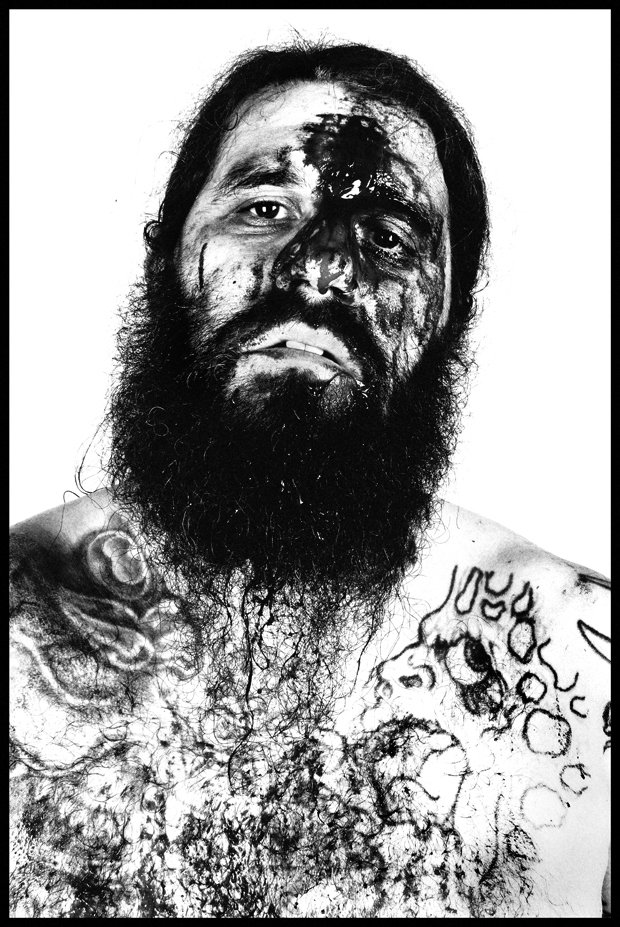 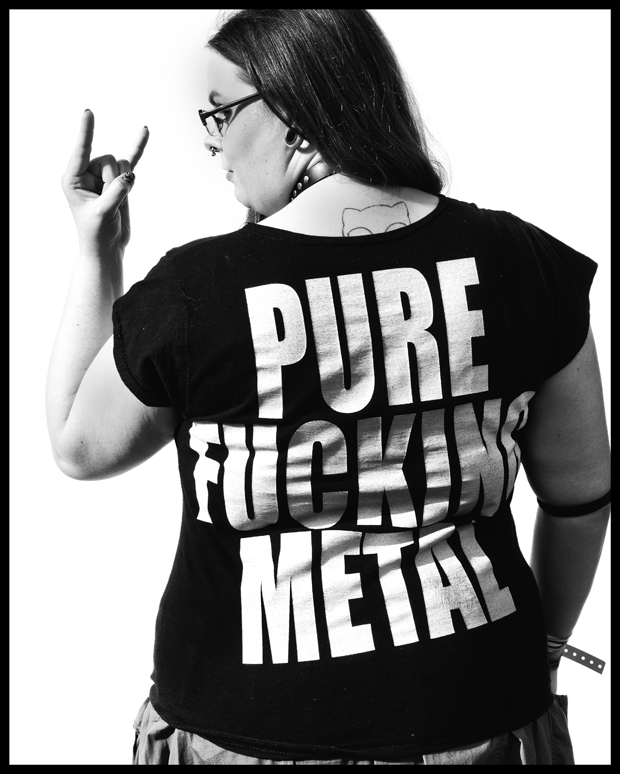 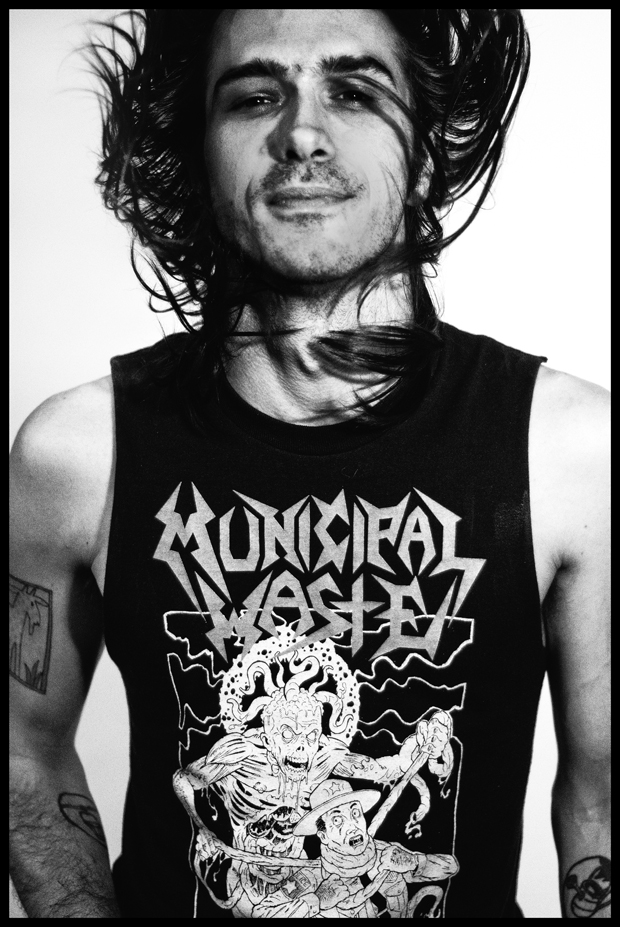 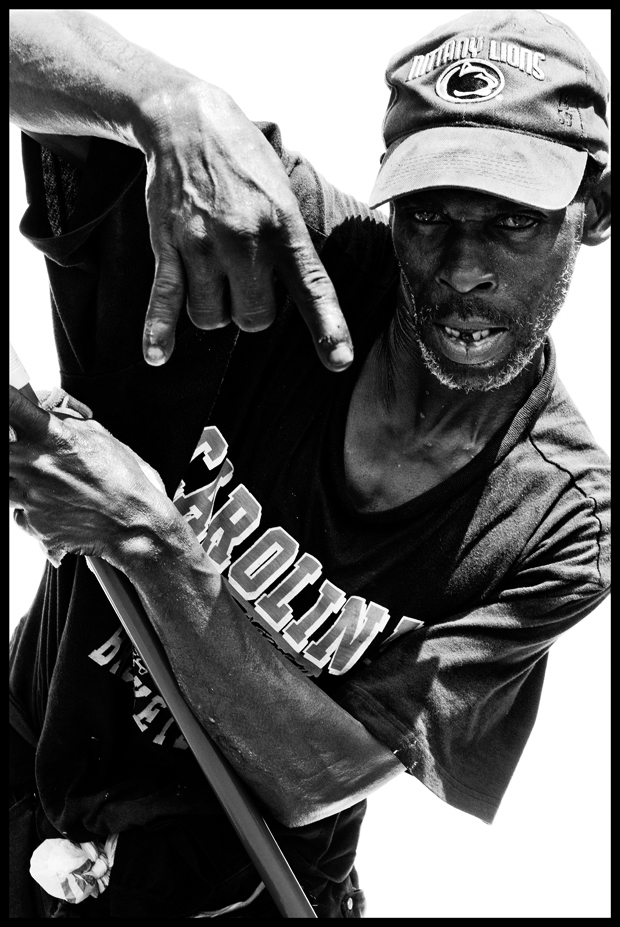 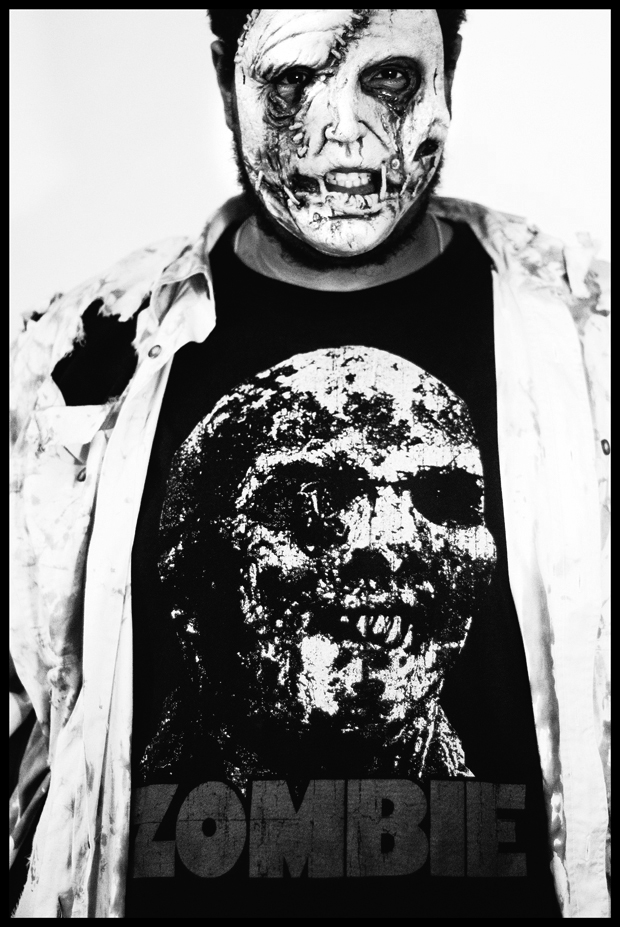 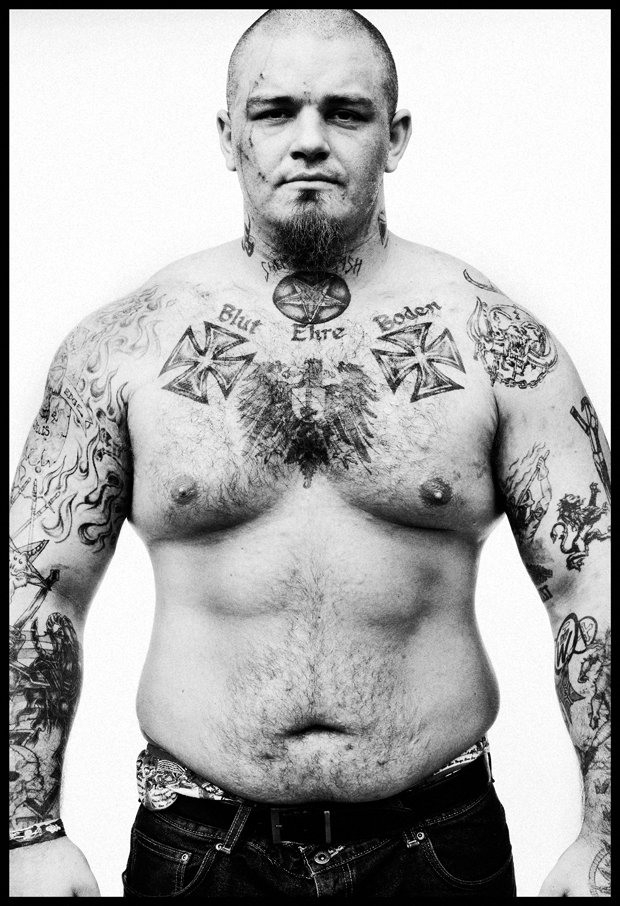 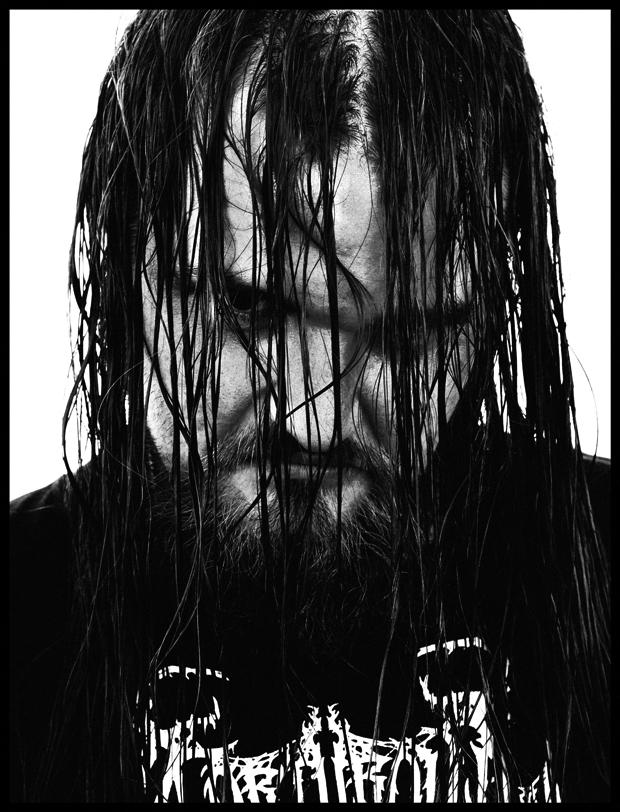 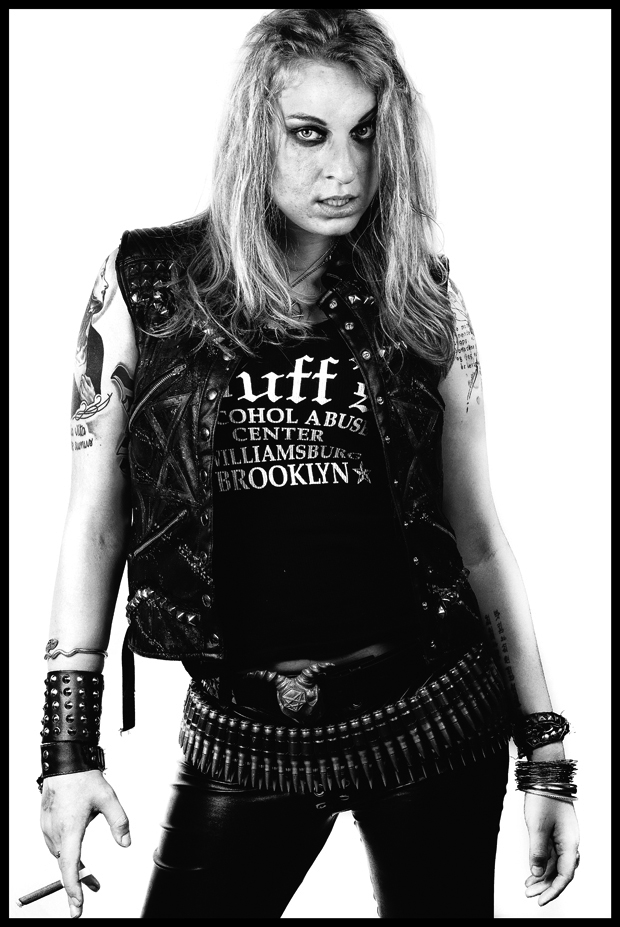 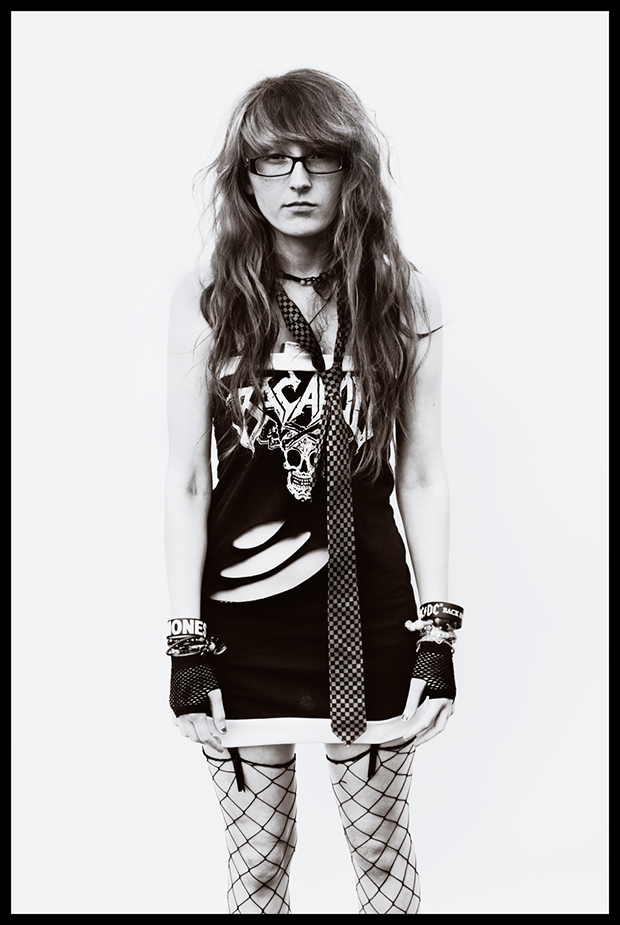 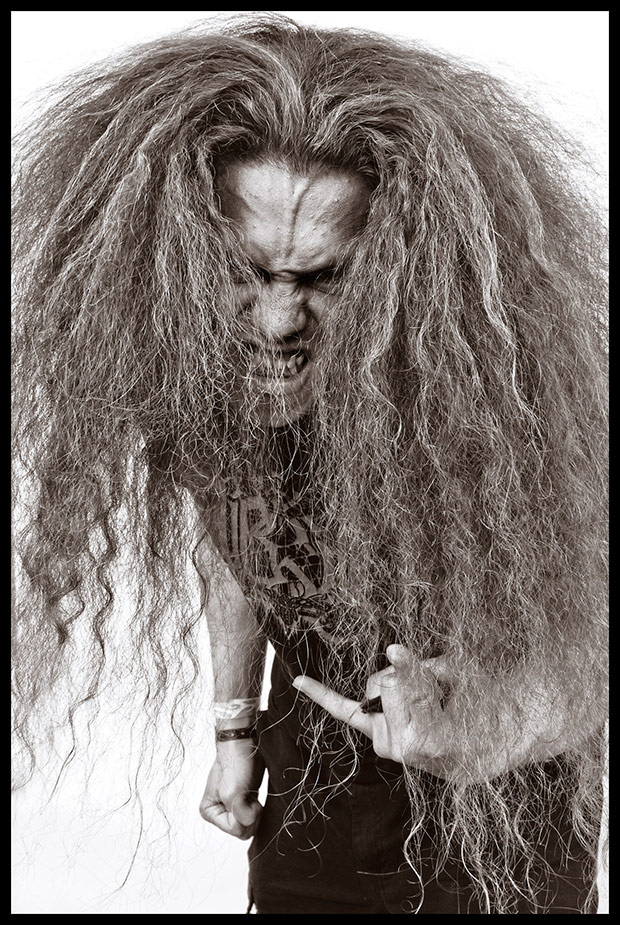 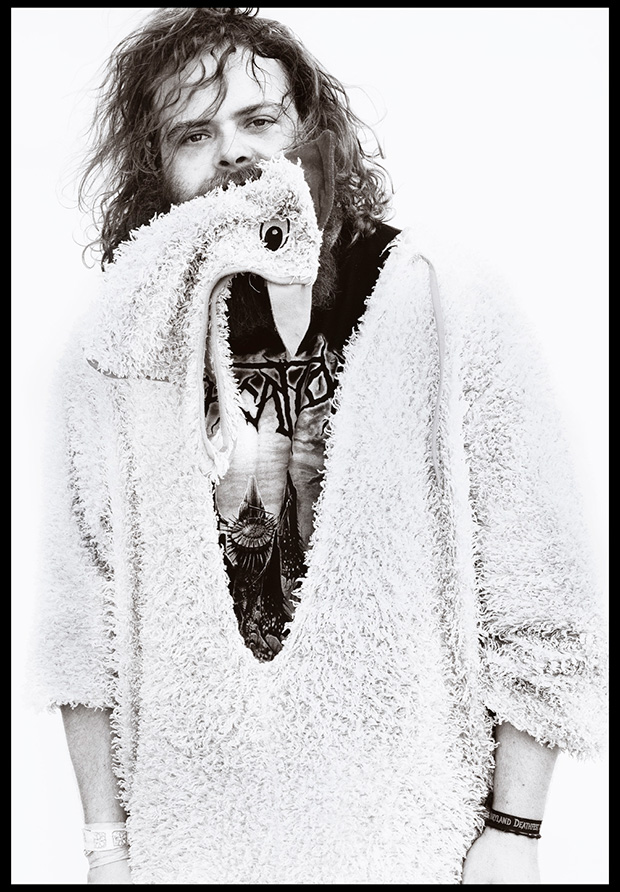