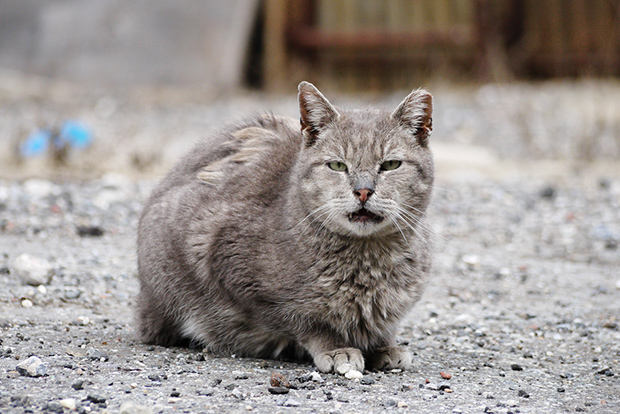 “I can see some really expensive condos from here. I’d like to get in one and scratch the shit out of some really nice furniture, maybe piss on something. I don’t know, I like to dream big.” – Carl 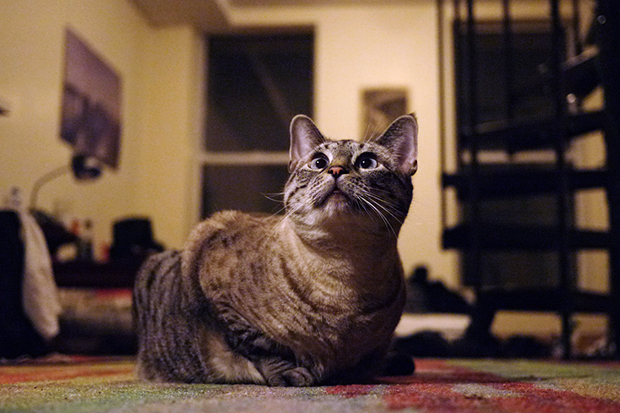 “I think I’ve got one or two good novels in me.” – Kathleen Hanna, Bushwick 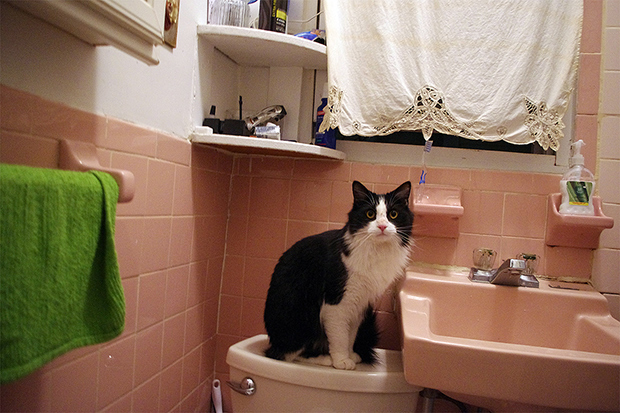 “Sometimes I come in here to think.” – Pearl, Astoria Queens

Cats have a reputation for being enigmatical and secretive, but photographer Jim Tews of Felines of New York (FONY) has found a way to get even the most cynical kitties to open up about their day-to-day activities, their innermost thoughts, their hopes and their fears. Spoofing the popular Humans of New York, a photography blog in which founder Brandon Stanton documents and interviews the city’s many residents, Felines of New York is a new Tumbr devoted entirely to the critters who really run the Big Apple.

A standup comic, writer, and MTV video editor by day, Tews describes himself as an “accidental photographer.” The project was motivated in large part by his love for cats coupled with the fact that he does not yet have one to call his own. In line with the concept for HONY, FONY captures mostly the cats of strangers living in all of the city’s five boroughs. The cats, like their surroundings, are as diverse as they are adorable, and when he visits his feline subjects, Tews enters the home without any preconceived notions about who he will encounter. Only after meeting and photographing these furry friends does he begin to write out segments from their “interview” as captions.

When scouting possible kitties to include, Tews admits that he doesn’t know exactly what draws him to one individual or another; he draws inspiration mostly from the ways in which they interact with the camera and himself. When first introducing himself, he likes to give the felines space to get to know him, to wander closer and sniff the camera. The sounds that emanate from the machine when autofocusing, he says, will often be enough to get a cat investigating. Next month, Tews and his girlfriend are set to adopt some cats for their own home, and we can’t hear what they have to say about their new lives in NYC!

Tews is currently looking for NYC-based cats to photograph. Learn more on the Felines of New York Facebook page. 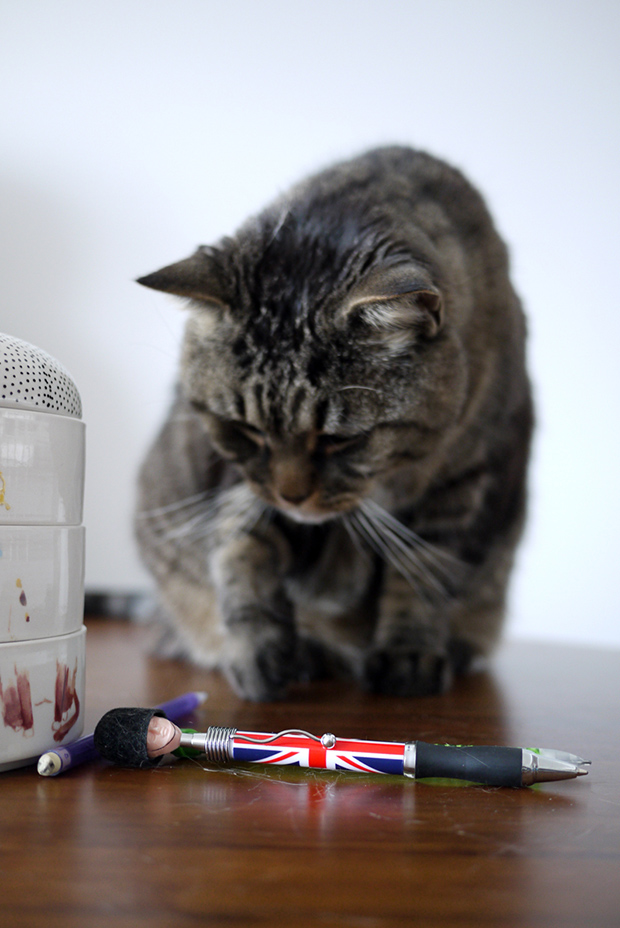 “This is a nice pen. It’d be a real shame if someone just knocked it off the table for no apparent reason.” – Maurice, Manhattan 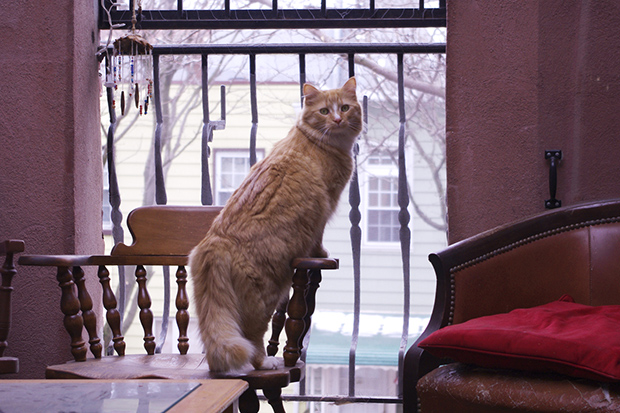 “One time I jumped out this window right here. I saw a bird on that branch and was like ‘I bet I can catch that bird.’ Then I jumped.”

“Did you catch the bird?”

“You think I’d be telling you this story if I didn’t? The girl was super pissed at me, but I was like ‘Hey, I got you this bird so chill out ok?’” 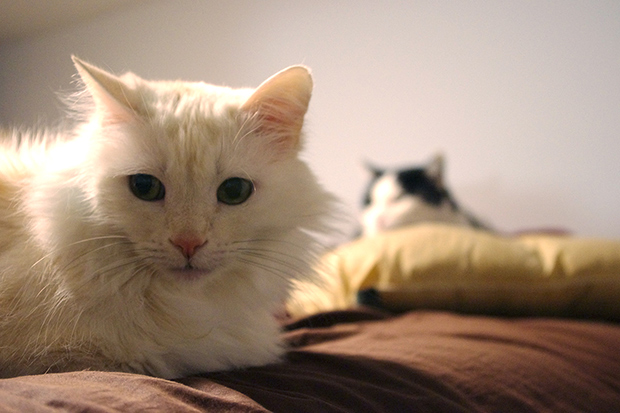 “We’ve been together for five years. But haven’t spoken in weeks.”

“Why aren’t you speaking?”

“I shit outside the litter box and let him take the blame.” 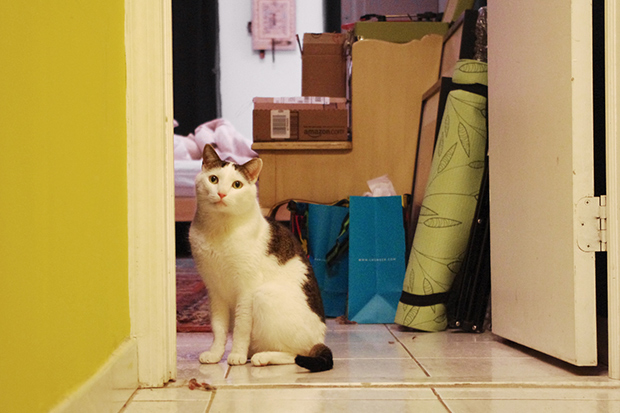 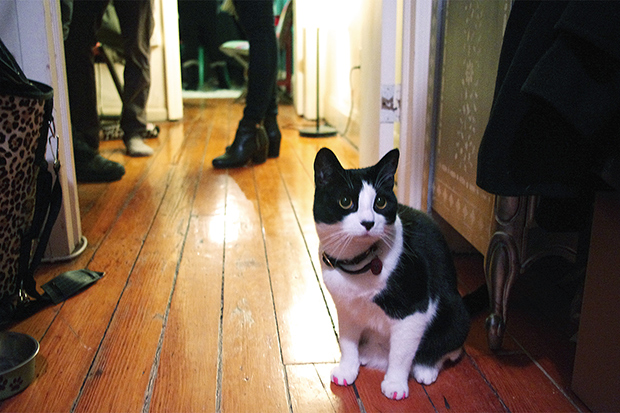 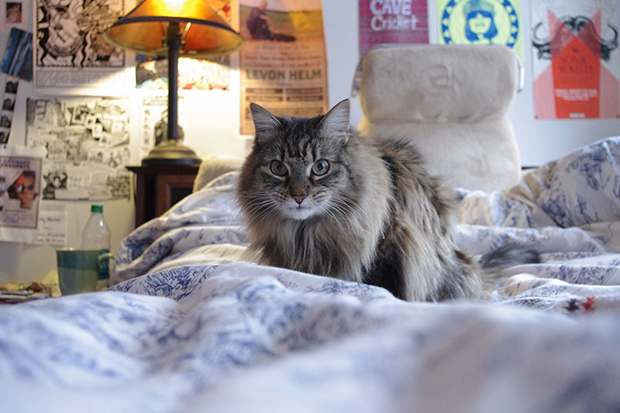 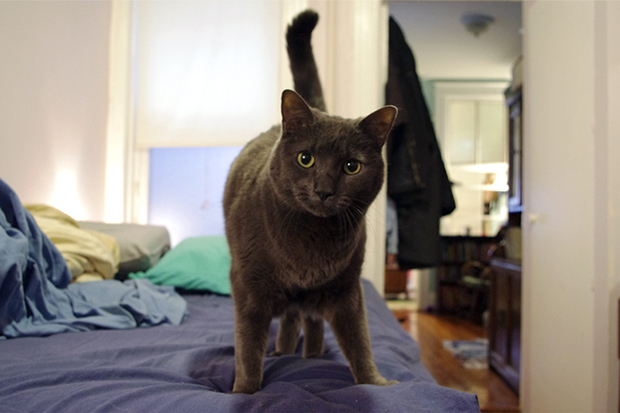 “I’ve learned so much in my life, but learning how to make people do everything for me was probably the most valuable.” – Manface, Queens 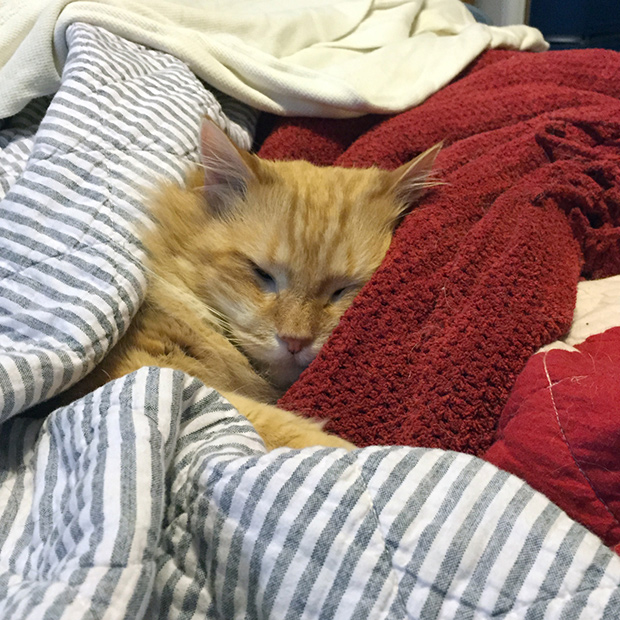 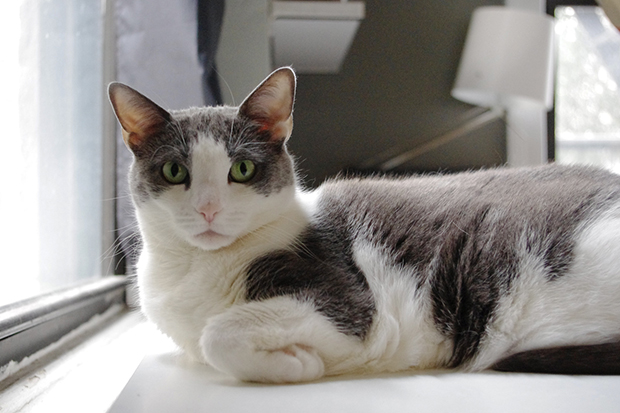 “I hear a lot about who’s running in 2016, but I haven’t been keeping up with it much. It’d be nice to hear where some of these candidates stand on feline issues.”

“What are some big feline issues?”

“A personal one for me is would be the use of spray bottles. I just don’t like them. I don’t see a need for them. All they do is get you wet when you’re trying to climb the bookshelf.”

“Yeah, that’s another thing I’d like to see addressed.” – Zooey

All images © Felines of New York