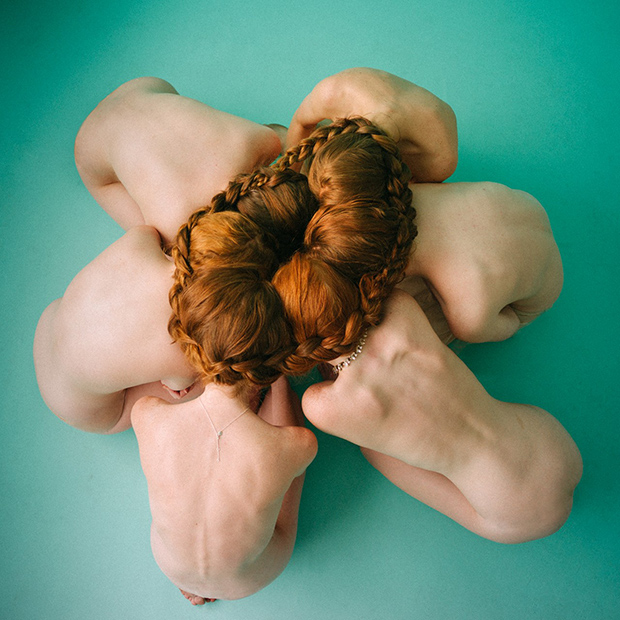 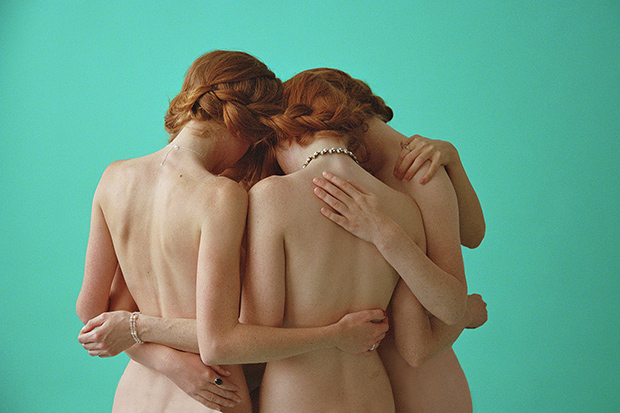 Los Angeles-based photographer Amanda Charchian conceived of Ginger Entanglement as a whole, completed concept: an imagined ring of nude women, who would later manifest as a united entity, bound together by their flaming locks.

The series, as with the other images the artist will showcase at Pheromone Hotbox at Stephen Kasher Gallery, is a foray into the feminine subconscious, a celebration of both the visible and ineffable elements that conjure the sensations and meanings that we often associate with womanhood.

For Ginger Entanglement, Charchian drew inspiration from her training as a painter, using the sculptural quality of the female figure to highlight the tenuous and metaphysical themes that run throughout her work. Together, the women constitute a womb, a sacred covenant, and a divine sisterhood.

Pheromone Hotbox, an exhibition of five female photographers, is on view at Stephen Kasher Gallery from January 22 – February 28, 2015. 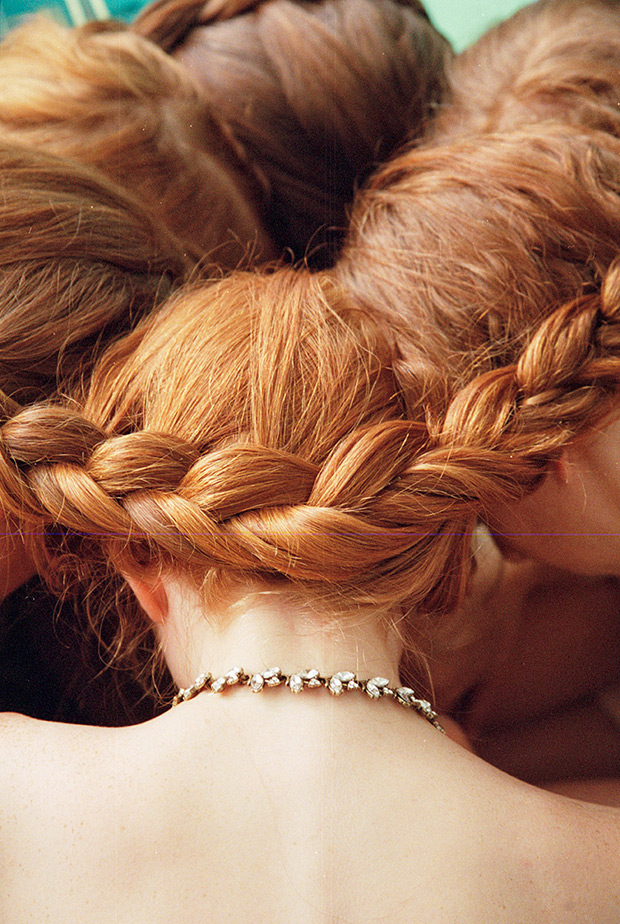 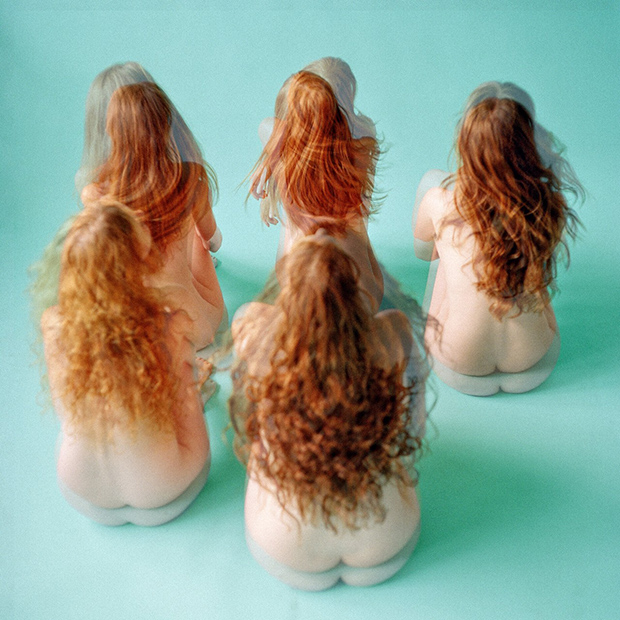