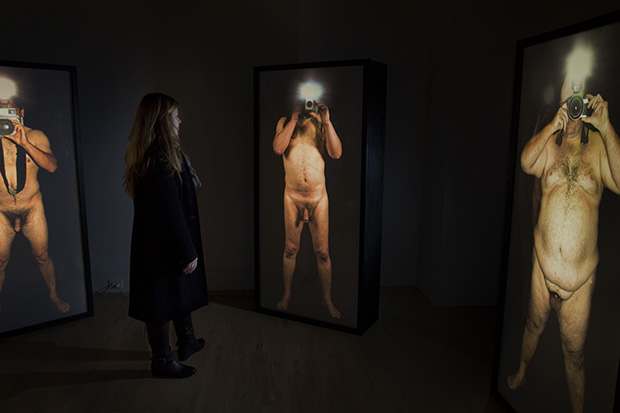 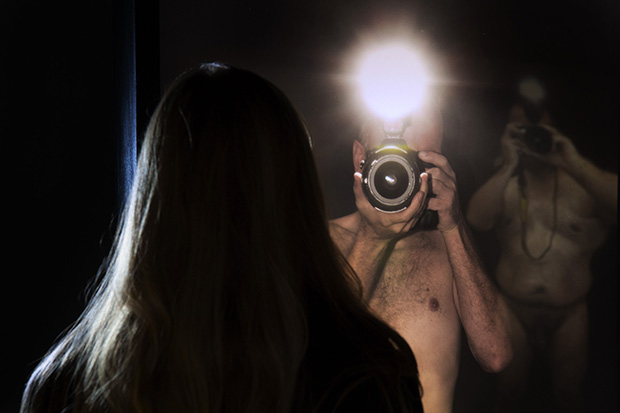 For P.O.V., Michigan-based photographer Stafford Smith forcibly subverts the male gaze by casting nude men as his subjects and arming them with cameras. In his installation at Kendall College of Art and Design, the artist creates a ring of these full-frontal portraits, each illuminated by backlighting, and invites visitors to stand at its center as the rhythmic noise of a shutter click plays in the background.

Throughout the last centuries, the female nude has arguably existed as a passive recipient of a kind of visual aggression, becoming an object framed within the context of her male observer. Blurring the lines between subject and viewer, Smith calls into question the dynamics of gender, power, and personhood within the photographic frame. Within this darkened space, the male body is radiant and lit from within, eliciting feelings of reverence even as it is held up to scrutiny and ridicule. These men, made anonymous by the camera that obscures their eyes, are as vulnerable as they are aggressive, leaving us both empowered and abashed. We spoke to Smith about the project. 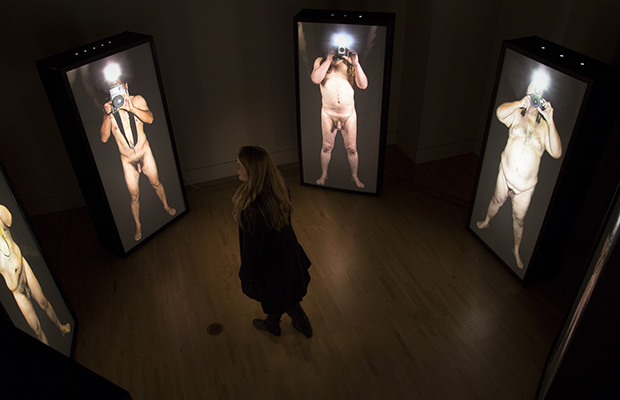 What specifically inspired you to pursue this project?
“I am fascinated with the brutality of photography. By that, I mean its characteristic of shoving aside the real to replace it with its representation and our willing acceptance of this fact. Even the most delicate, gently depicted image is guilty of this.

“Studying photographs over the history of photography, I see women cast as objects of desire, landscapes, paragons of beauty and virtue, and spectacles of commodity and exchange. These images have been by and large created by men who have used the female body to articulate their own agendas.

“Everyone is aware that when a photo is taken, an image is created. But on another level, an idealized moment under flattering lighting, aesthetically pleasing styling, and well-considered angles and other formal qualities has created a representation with which the real person will never compare favorably. In that sense, something is lost.

“I wanted to create an experience that called into attention this ritualized practice and turn the tables on it. By stripping the men bare and subjecting them to unflattering harsh treatment, I hope to even the score on the damage done over the last 150 years or so in photography. It’s sort of a ‘see how you like it’ scenario.” 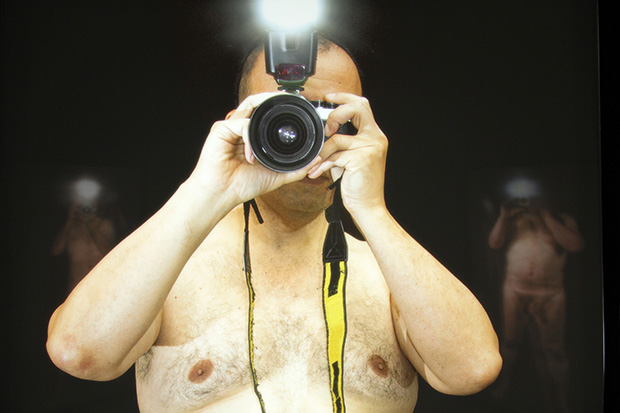 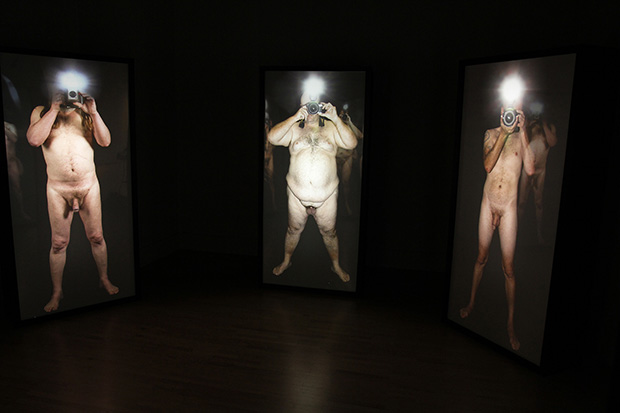 Are all your models photographers themselves?
“I originally planned to use only professional photographers as models, but the response was overwhelmingly negative. Only two of the six pictured make their living through photography. Two of them are artists who use photography frequently but not exclusively. But in a sense, all men who have taken pictures of women or ogled them are guilty to a degree, so I think it still works to use any male with a camera for this project.”

What do you think it was like for your models to sit for these portraits?
“Interestingly, several of the models said they felt like they were doing penance for having photographed so many nude women in their careers. Two of them also mentioned gaining an appreciation for what it’s like posing nude in front of the camera.”

You refer to the viewer as “her.” Is this project targeted mostly at women and a female experience?
“I think women will appreciate this more deeply than men as they are more conscious of being on display and judged. But, I think men will be affected as well. Although they might be silently comparing sizes of genitalia rather than thinking about the gendered gaze.” 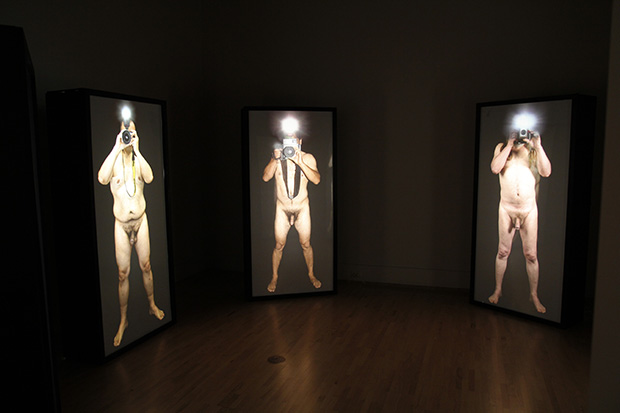 Could you describe the atmosphere of the exhibition space? How many people visit at a time?
“P.O.V. is realized as a ritual space as I see the ‘photo shoot’ as a ritual event in our culture. It’s a space reserved for people of significance – often wealth, beauty or power. The circular shape surrounds the viewer and can be perceived as threatening. Even though these men are naked and can be gazed upon, there is still a level of discomfort as their action is one of gazing and recording the viewer. They are positioned in such a way so that there will always be at least one behind you. A soundtrack of clicking shutters accompanies the installation. This particular manifestation at Kendall College of Art and Design in Grand Rapids, MI has six figures. But this can grow to 8 or 10, depending on what the space allows.”

What are the responses like?
“An unexpected thing has been that some of the women viewers have been conscious about being seen staring too long at the images. The men who posed were all worried about people knowing the size of their penises. No one was worried or self-conscious about flabbiness, body hair or anything else.

“The feedback I’ve gotten from P.O.V. has largely been positive. Most people agree that I have achieved something simultaneously humorous and disturbing, which was part of what I intended. Hopefully, it will be thought-provoking as well. The closing reception is on Jan. 31st, and I hope to hear more feedback then.” 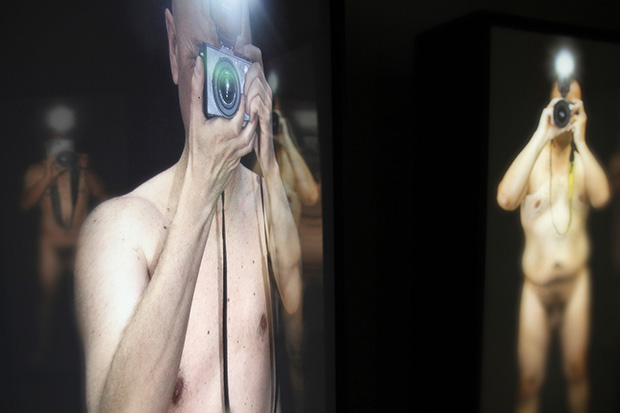