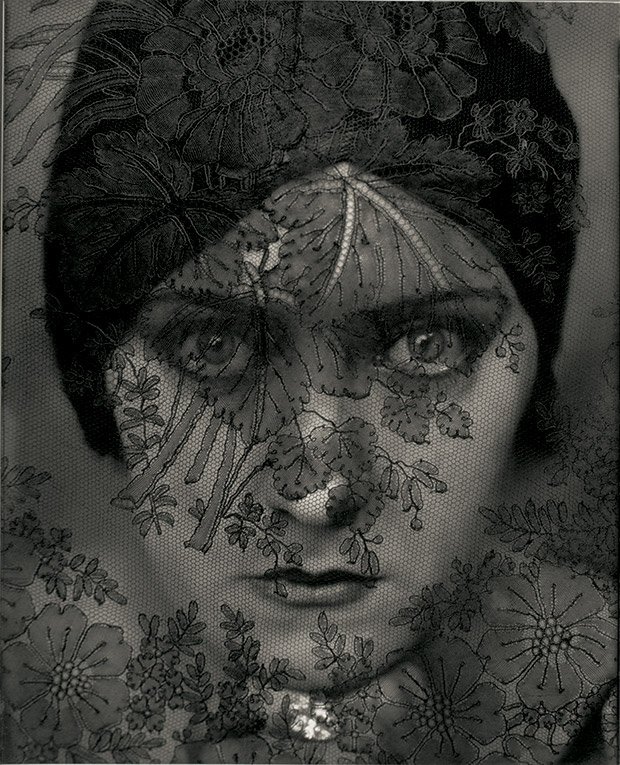 EXHIBITION: Edward Steichen In High Fashion, The Condé Nast Years 1923 – 1937, The Photographer’s Gallery, 16–18 Ramillies Street, 31 October – 18 January
During his time as chief photographer at Condé Nast, icon Edward Steichen created hundreds of fashion and portrait photographs for Vogue and Vanity Fair. As a pioneer in art photography and pictorialism, Steichen’s photographs toe the line between paintings and photographs. In this exhibition, over 200 of Steichen’s photos for Condé Nast will be on view— in some cases, for the first time in nearly 100 years— alongside some of the original publications. 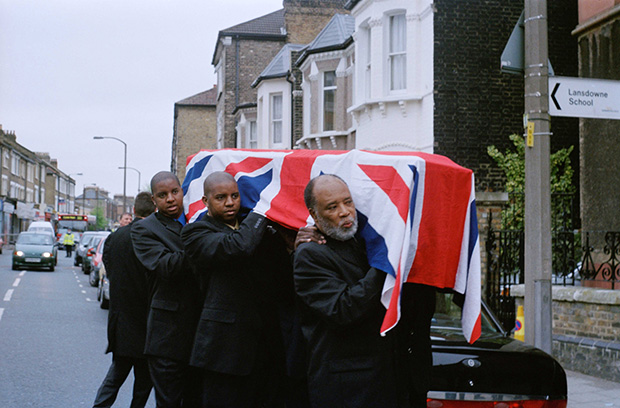 © Charlie Phillips. Mr Watson was a member of the West Indian Ex-Servicemen and Women’s Association. Here his coffin is draped in a Union Jack to reflect his time serving in the British military.

EXHIBITION: How Great Thou Art – 50 years of African Caribbean Funerals in London, Photofusion Photography Centre, 17A Electric Lane, November 7 – December 5
Photographer Charlie Phillips explores African Caribbean funereal traditions as the have continued and evolved within the city limits. Beginning in 1962, the photographer chronicled the rituals of this facet African diasporic culture, tracing the origins and uncertain future of deeply held beliefs about life and death. The exhibition includes a video as well as a series of hand-printed images. 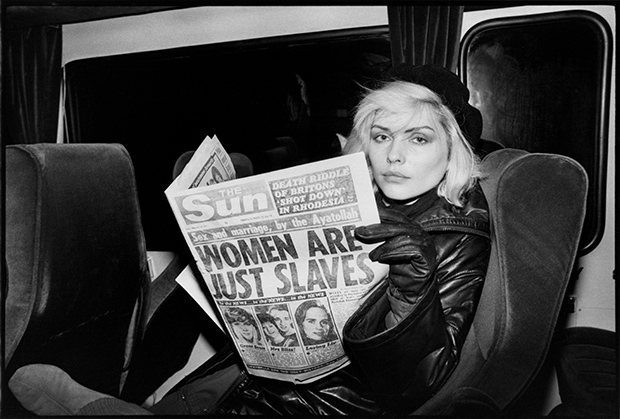 EXHIBITION: Chris Stein/Negative: Me, Blondie, and The Advent of Punk, Somerset House East Wing, Strand, London, WC2R 2LS, 5 November 2014 – 25 January 2015
Blondie co-founder Chris Stein presents a series of never before published images of the band during the 1970s and 1980s. As Blondie rose to iconic status, Stein captured everything along the way, processing his images in a darkroom that he had built in the New York City apartment where he lived with Debbie Harry. Included in his collection are historic photos of the likes of the Sex Pistols, the Ramones, Iggy Pop, and David Bowie during their time at clubs like CBGBs, Andy Warhol’s Factory, and Mudd Club. Be sure to check out Stein’s coinciding book by the same title, published by Rizzoli. 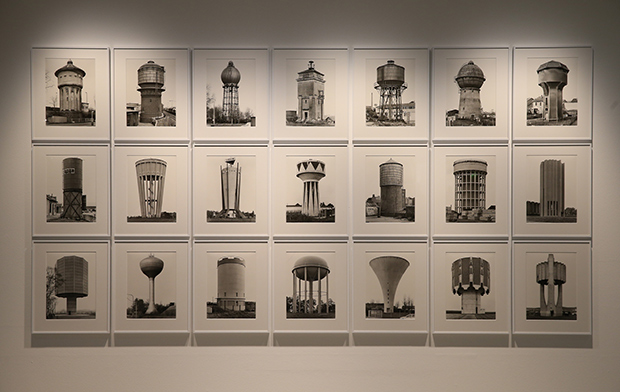 EXHIBITION: Constructing Worlds: Photography and Architecture in the Modern Age, Barbican Centre, Silk Street, September 25 – January 11
Barbican Centre presents an exhibition of nearly twenty photographers who have pushed the boundaries of architectural photography to reveal the nuances of our world and its cultures. Featured here are Manhattan’s first skyscrapers, African colonial buildings, and everything in between. Photographic masters Walker Evans, Thomas Struth, Stephen Shore, Bernd and Hilla Becher, Berenice Abbott, and more compose this insightful showcase of architecture photography from the 1930s into the present. 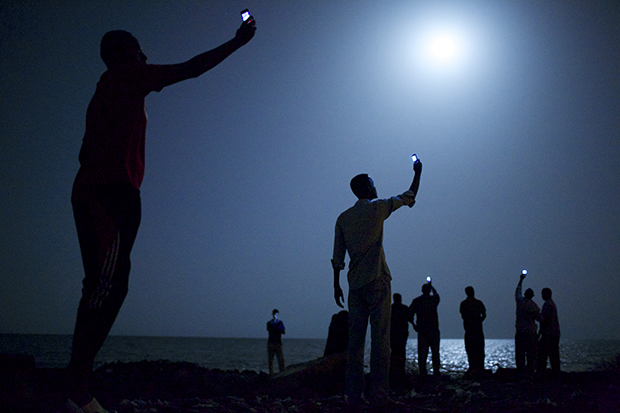 EXHIBITION: Word Press Photo of the Year 2014, Southbank Centre, Royal Festival Hall, Belvedere Road, November 7 – November 26
Bringing together the 143 winning images from the Word Press Photo Competition, this year’s showcase presents the best in photojournalism, with subjects ranging from hard-hitting global issues to more intimate portraits. Since its introduction in 1955, the competition has celebrated the art of visual storytelling, and this year’s competition brought in an astonishing 98,671 photo entries from 5,754 photographers from around the globe. 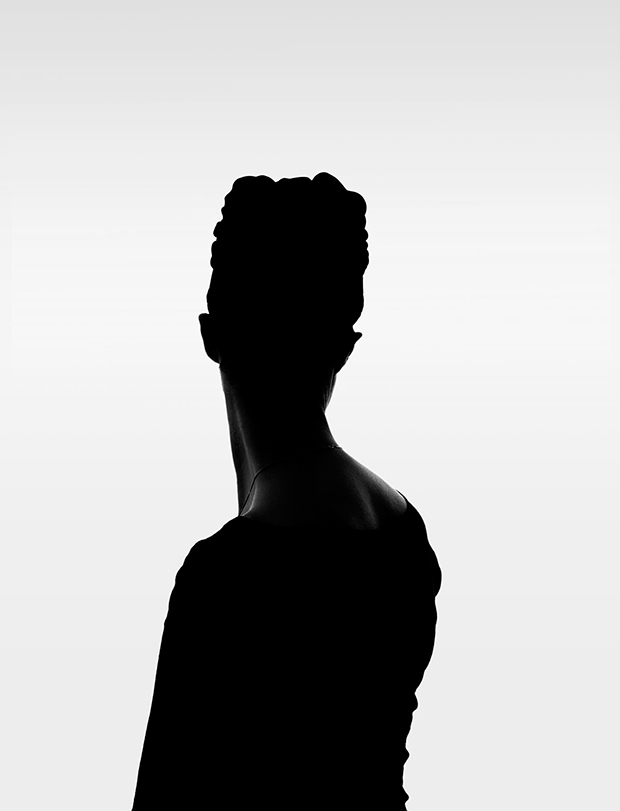 EXHIBITION: Bettina von Zwehl, Purdy Hicks Gallery, 65 Hopton Street, 10 October – 15 November 2014
London-based Photographer Bettina von Zwehl presents two new bodies of work, Laments and Sospiri. For Laments, she takes inspiration from the life and letters of Anna Freud, constructing powerful portraits of women revealing only their outlined silhouettes, their shadows evoking a potent sense of lamentation and loss. In Sospiri, she continues with her melancholic exploration of womanhood and the bonds that form between women by photographing various girls in the same dress, one that was owned by a late friend.

EXHIBITION: Helen Chadwick, Bad Blooms, Richard Saltoun Gallery, 111 Great Titchfield Street, 14 October – 28 November
Helen Chadwick presents Wreaths of Pleasure, her 1992-1993 series of thirteen photographs of floral elements submerged within delicious—and dangerous—liquids ranging from melted chocolate to powerful soaps and detergents. The images, captured from above, were initially conceived as an installation set within a round tank. The sickly sweet series, simultaneously alluring and unnerving, calls into question notions of sexuality and desire, birth and death. 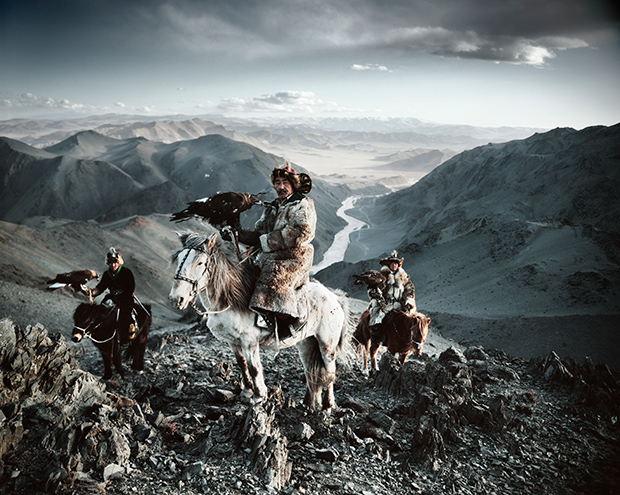 EXHIBITION: Jimmy Nelson: Before They Pass Away, Atlas Gallery, 49 Dorset Street, September 25 – November 15
Amsterdam-based documentary photography Jimmy Nelson explores the corners of the earth in search of the planet’s vanishing indigenous tribes. In total, Nelson has documented individuals from 35 tribes existing everywhere from Papua New Guinea to Indonesia, Ethiopia to Napal. In an increasingly global world, Nelson returns to our roots and reminds us of the astonishing cultural diversity of humanity.

EXHIBITION: Sohei Nishino – New Dioramas, Michael Hoppen Contemporary, 3 Jubilee Place, October 30 – January 7
Artist Sohei Nishino merges photography and cartography by introducing hundreds of hand-printed photos of a single city into a scaled diorama. In the place of more easily understood mappings, he creates beautifully complex views of New Delhi, Amsterdam, Rio de Janeiro, Tokyo, Bern, Jerusalem, and Rio de Janeiro. Each map, though it may not be geographically accurate, captures the wonderment and unpredictability of travel in an enchanting city.

EXHIBITION: FUEL present: Russian Criminal Tattoo Police Files, Grimaldi Gavin, 27 Albemarle Street, October 17 – November 2014
For the two decades between the mid-1960s and 1980s, Arkady Bronnikov, senior criminalistics expert for the USSR Ministry of Internal Affairs, traveled into prisons located in Ural and Siberia, photographing and interviewing their inmates. Understanding and decoding their tattoos proved crucial to a deeper comprehension of criminal culture. Today, the Bronnikov collection comprises 918 photographs of Russian prison tattoos, each of which tell a story that is valuable both historically and personally to their wearers.