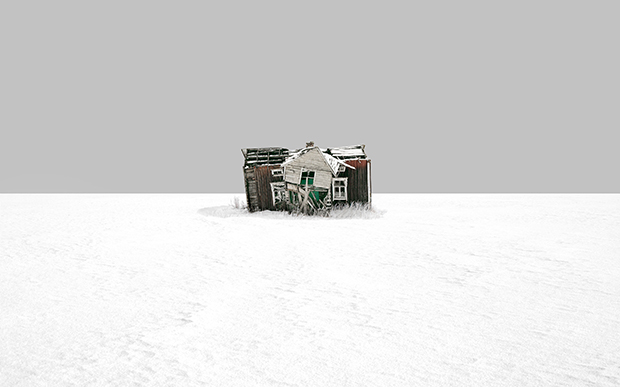 EXHIBITION: Martina Lindqvist: Neighbours / Murmurs, The Photographers’ Gallery, 16–18 Ramillies Street, 31 October – 14 January
Celebrated Finnish photographer Martina Lindqvist presents Neighbours and Murmurs, two recent series exploring the theme of memory, family, and loss. Neighbors documents a scarcely inhabited region in Finland, digitally expanding the space that surrounds its houses to underscore its remoteness. Murmurs takes an indirect look at the faltering memory of the artist’s grandmother, who struggles with Alzheimer’s. By constructing still lifes of withering flowers set in cardboard vases, Lindqvist explores the ways in which the significance we place on “keeping up appearances” diminishes as we negotiate our final years of life. 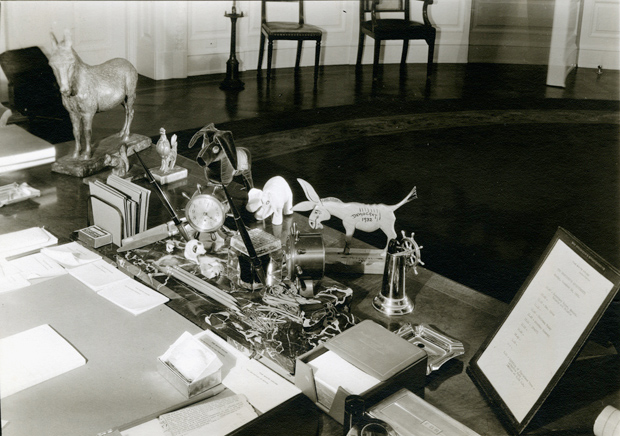 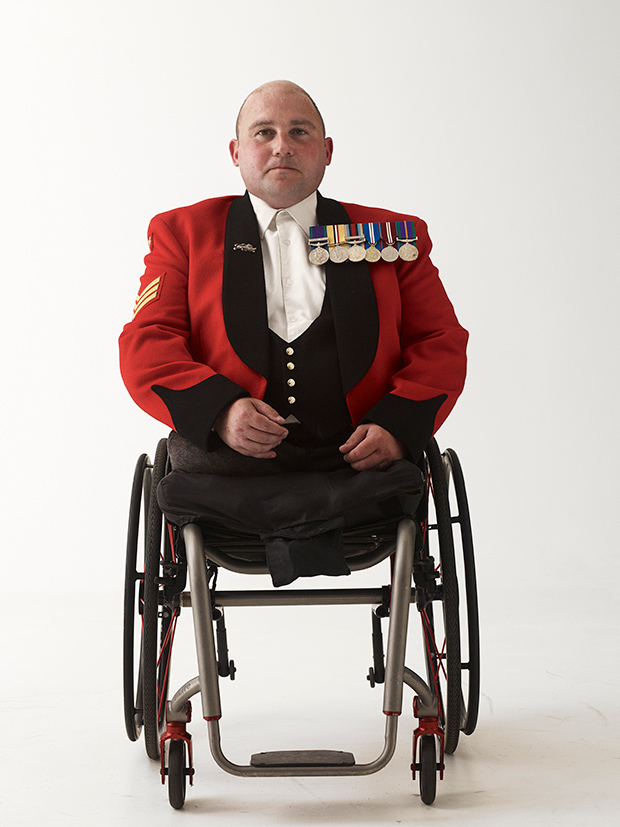 EXHIBITION: Wounded: The Legacy of War, Somerset House, Terrace Rooms, South Wing, 15 November – 25 January
Photographer and musician Bryan Adams presents an astounding series of portraits of British soldiers who have sustained significant injuries while deployed in Afghanistan and Iraq. As we begin to withdraw from the war, these 30 remarkable images remember the wounds will that continue long after the conflict has ended, and the resilience of those who live with them every day. Steidl releases a book of photographs by the same name, with earnings going to benefit charities working to support veterans in this difficult time.

EXHIBITION: Elina Brotherus: 12 ans après, The Wapping Project Bankside, 37 Dover Street, 12 November – 20 December
Finnish photographer Elina Brotherus’s 12 ans après sees the artist’s return to Chalon-sur-Saône, France, where she began her career more than a decade ago. For the project, she stayed in the exact same room where she had once photographed her series Suite françaises, and where she had challenged herself to find a way of belonging within her French-speaking—and sometimes alienating— surroundings. Here, Brotherus draws significant connections between her young self and the artist she has grown to become. 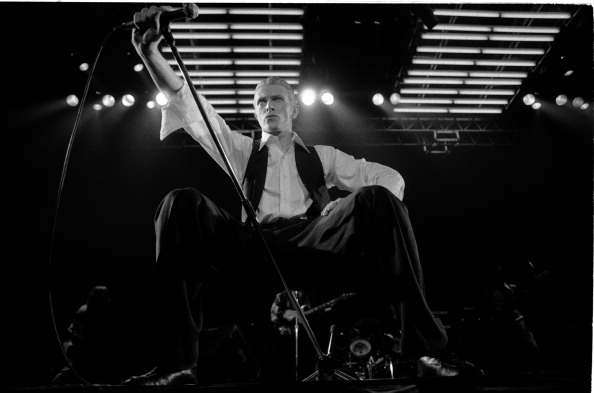 EXHIBITION: Michael Putland: A Life in Music – 50 Years on the Road, Getty Images Gallery, 46 Eastcastle Street, 22 October – 22 November
Over the course of his prolific fifty years in the industry, legendary Rock ’n’ Roll photographer Michael Putland has created an incomparable archive of popular music, capturing the likes of The Rolling Stones, John Lennon, Tina Turner, The Clash, and more. His images chronicle not only the thrill of the stage but also the quiet behind-the-scenes moments in the daily lives of iconic performers. Getty Images celebrates the photographer as he enters his sixth decade in the business with as much enthusiasm as ever.

EXHIBITION: Black Chronicles II, Rivington Place, 12 September – 29 November
For this exhibition, Autograph ABP showcases more than 200 studio images made in Victorian England that provide insight into the ways in which photographic archives have unrecognized and left out Black British histories. Included are photographs discovered during Autograph ABP’s program The Missing Chapter, a groundbreaking research initiative into archival images. With each photograph predating 1938, this comprehensive and historic collection fosters a deeper understanding of the narrative of British colonialism and its implications. 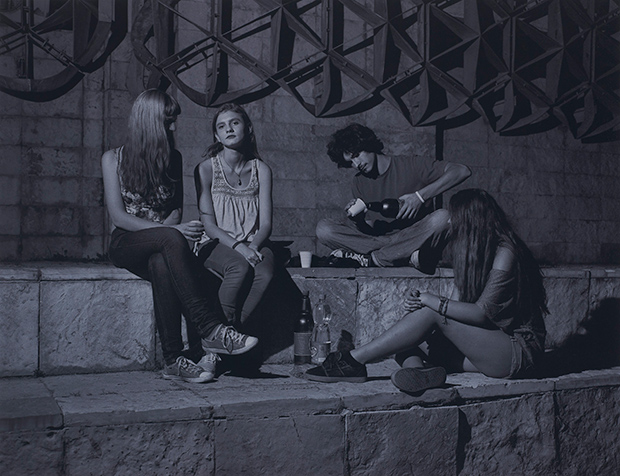 EXHIBITION: Taylor Wessing Photographic Portrait Prize 2014, National Portrait Gallery, St Martin’s Place, 13 November – 22 February
With the 2014 competition bringing in more than 4,000 entries, this year’s Taylor Wessing Photographic Portrait Prize exhibition showcases some of the very best in portrait photography in genres ranging from fine art to advertising to editorial imagery. This exhibition will introduce sixty groundbreaking portraits by a variety of artists, including four prize winners and the recipient of the John Kobal New Work Award. 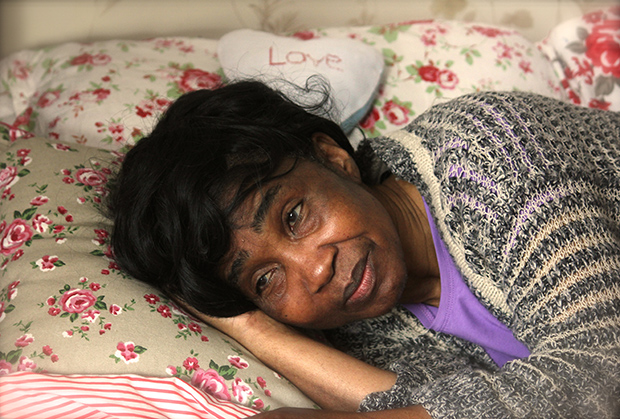 EXHIBITION: Annemarie Anang: Mum, Dementia & I, Bernie Grant Arts Centre, Town Hall Approach Road, 12 – 22 November
Photographer Annemarie Anang chronicles life with her mother Elizabeth, who was diagnosed with dementia soon after the loss of her husband. As Elizabeth’s primary caregiver, Anang navigates the uncertain terrain that comes with this illness. Here, she shares intimate moments in hopes of connecting with others around discussions of old age and social care. 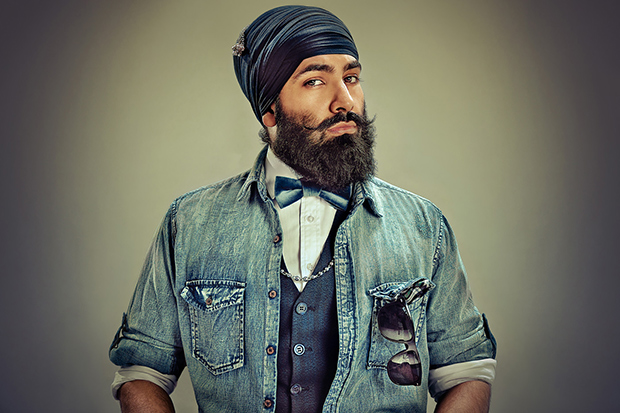 EXHIBITION: Singh: The Beard and the Turban, Sikh Men by Amit and Naroop, The Framers Gallery, 36 Windmill Street, 3 -15 November
Photography duo Amit and Naroop presents a series of thirty-five portraits of Sikh men living in the United Kingdom, each bearing the beard and the turban as a signifier of pride in their cultural identities. For South Asians who practice Sikhism, the turban and beard has come to symbolize a community structure that was liberated from the inequality of the caste system. Today, hundreds of British men, ranging from doctors to stylists, wear the beard and the turban as a means of personal and cultural expression.

EXHIBITION: Viviane Sassen: Analemma: Fashion Photography 1992 – 2012, The Photographers’ Gallery, 31 October – 18 January
Fashion photographer Viviane Sassen, renowned for her sculptural forms and graphic use of color, presents approximately 350 photographs that push the boundaries of the medium and distort the ways in which we think about fashion. For this exhibition, she has crafted an engaging and innovative site-specific installation of projections and mirrors that play off of the gallery space.