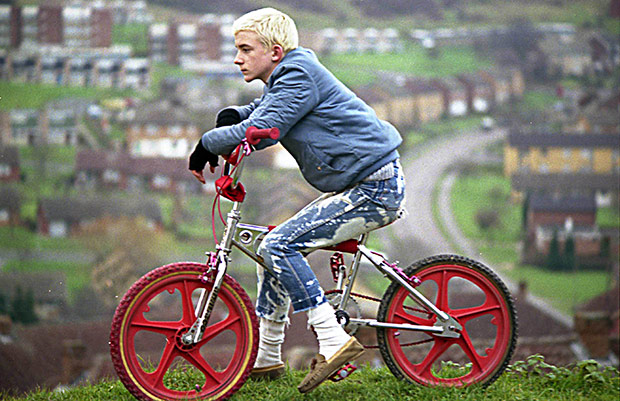 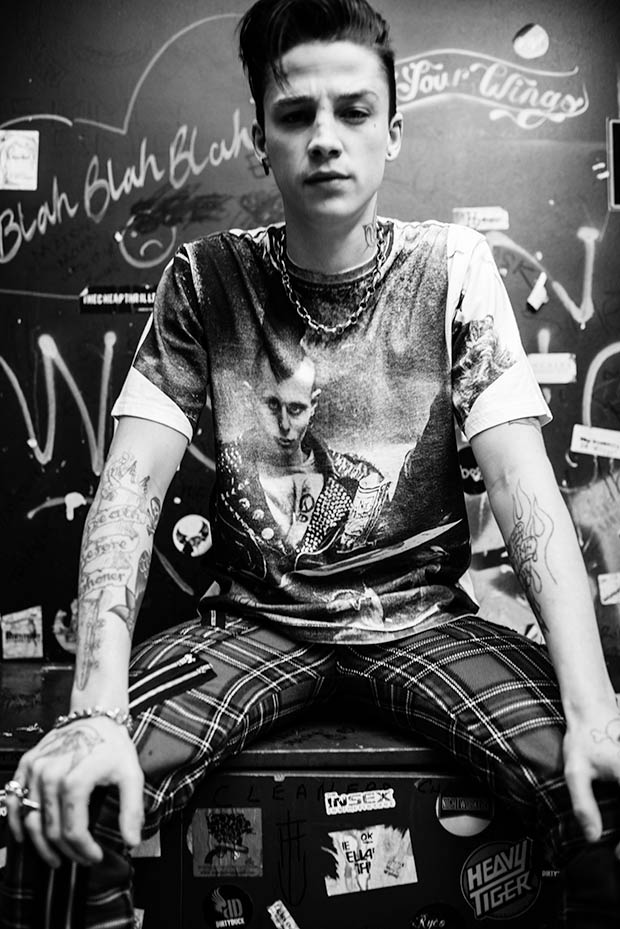 As a young teen from High Wycombe, Buckinghamshire, British photographer Gavin Watson captured the insular life of the skinhead scene in 1980’s England. He published two books on skinhead life, Skins and Skins and Punks. Beginning as an outlet for the shy teenager, Watson’s photography grew into something far greater after his photos began being recognized as a rare look inside this culture. In our chat, he frequently stated that skinhead life was innocent and wholly different before Neo-Nazi elements came into play later on. Leaving the scene in his early 20’s, Watson went on to have a family and expand his range of work. Most recently, his practice has ventured into the world of fashion, shooting for brands and media like Adidas, Dr. Martens, and Vice. 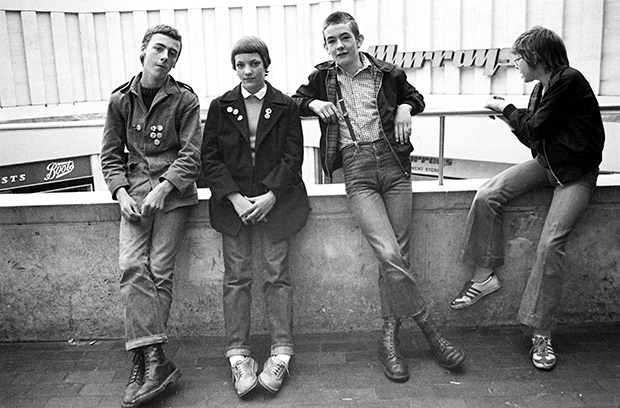 From ‘Skins and Punks’.

You’ve noted before that for your collections of skinhead photos, you weren’t shooting complete strangers — many of those people were your friends. You were as young as 14 or 15 when you were shooting those images. What it easier for you to capture such intimate photos of people you knew so well?
“Absolutely. I think about this quite a lot actually — so much time has passed. They’ve become alien to me, like another country, you see? I’ve had so many other personal eras since then, so I actually view the pictures as if somebody else took them. I’m astounded that I was 15 when I took those, and I ask myself these questions all the time.

“What the hell compelled me to take these? I was a bit of a ‘div’— what would they say in America, a ‘geek’ — I was always very geekish. Shy, sensitive, artistic and geekish. My younger brother Neville (Watson, British Producer and DJ) wasn’t; he was four years younger, and eagerly followed me into the skinhead and then rave scenes. That, we know, led to Raving ’89. But for the skinheads, these guys were dangerous! They were four, five years older than me.” 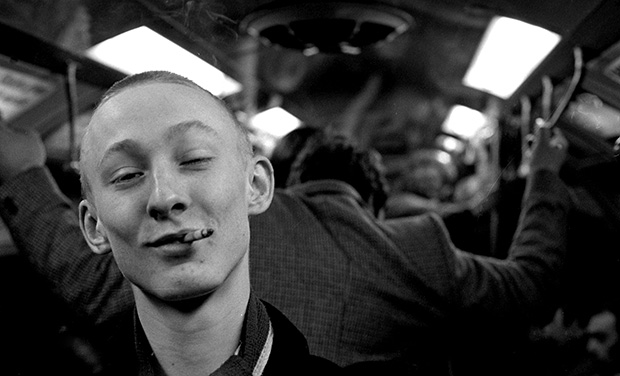 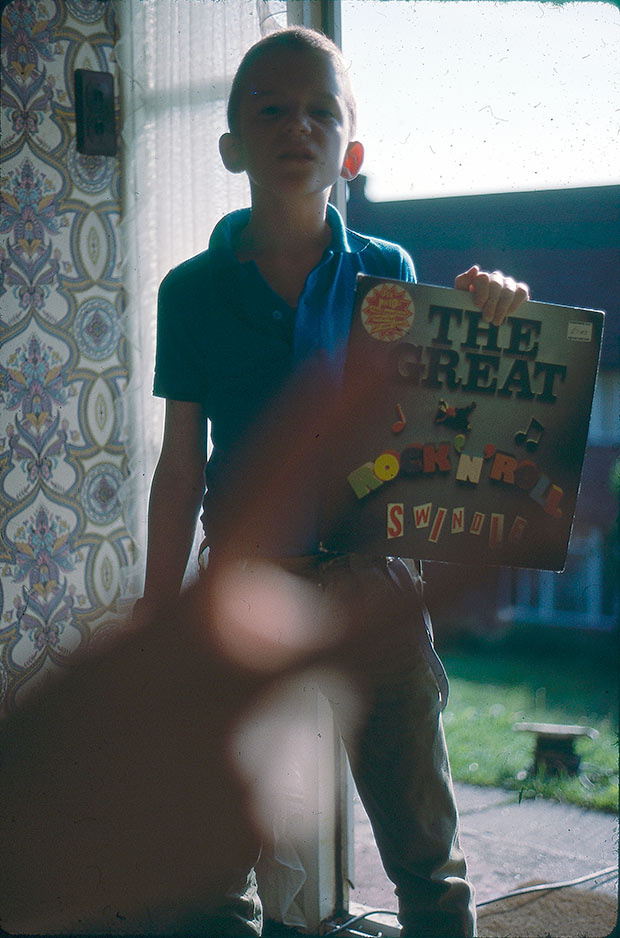 What was life for you like then?
“I was like all of us when we discover the teenage world and are against our parents — ‘Why don’t you see how mental life is?’ I was a skinhead for ten years. Within that time, there were a lot of changes within the scene as well. From when I was taken in at 14 or 15, it was constantly changing until when I was about 22. My friends never batted an eye at my photography. We were the outcasts — all the artistic or drama types that want to be in a band, etc.

“The photography itself wasn’t really a big deal. A lot of people now think that it was a big deal to be taking photos back then. It was a massive working-class hobby. Fucking huge! You could get ahold of a Pentax K1000 in a snap. Every working-class school had a darkroom. It developed into this ‘thing’ since they are such powerful shots and so rare. They’re rare because no one else really decided to photograph the mundane life of what they were seeing around them.

I photographed it because I was a coward — I’ve never asked a stranger if I could take their photograph. I was safe with my friends. That’s why I was a skinhead — because I felt safe, and safe to photograph them. My thoughts at the time about being a professional photographer was doing weddings or whatever! (Laughs) It wasn’t until someone other than my mates saw them and said ‘fucking hell!’” 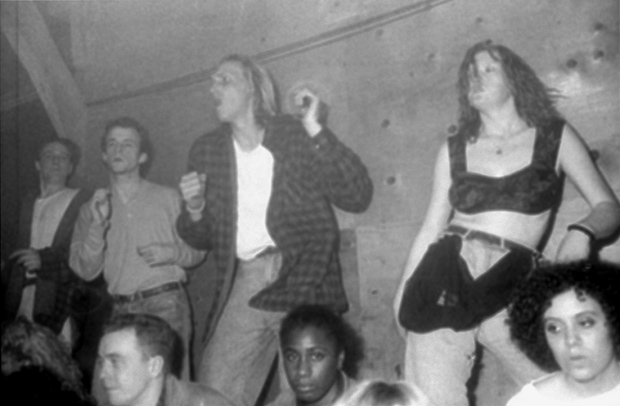 So what is life like now?
“Now I have a 26-year-old daughter and two grandchildren. It is really another country looking back. I don’t even look like that person anymore. I’m just glad my friends were immortalized, and that I took and captured what I felt. My mates look like actors in a film! It was all done unconsciously, and just for the joy of doing it.

“People now think it was like American History X (the 1998 film about two brothers entrapped in the Neo-Nazi movement). We were really just having good fun before all the other stuff (the racially-motivated skinheads) came along.”

What have you been working on recently?
“I tend to sort of vegetate for months on end, and I just got a second wind with this music book that I’ve been planning on and off for a few years. I’m really excited about it, because, believe it or not, while I was busy being a skinhead I was also working for a music paper. Photographing Morrissey, Butthole Surfers … on and on. A lot of my work with Raving ’89, Skins and Skins and Punks is underground, so it’ll be nice to put some images out with some major artists. That way I won’t be talking about skinheads all the time!” 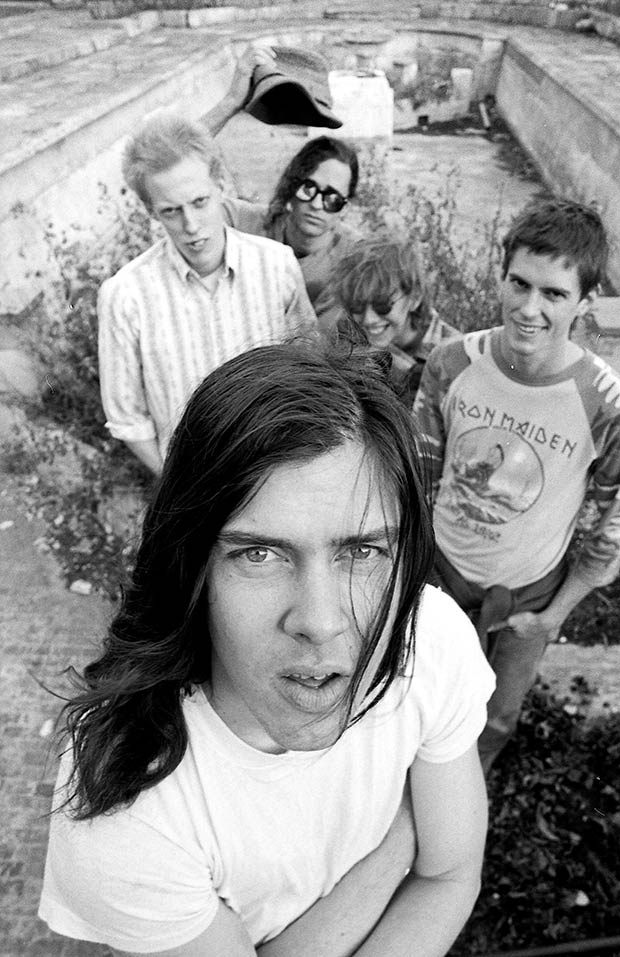 Butthole Surfers, around 1986. They came round my bed sit in Golder’s Green and we all did acid. 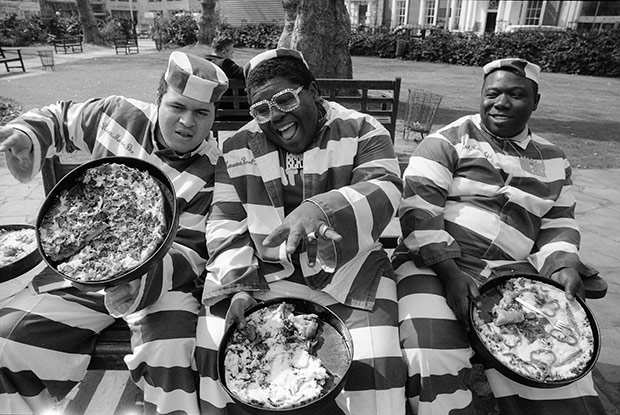 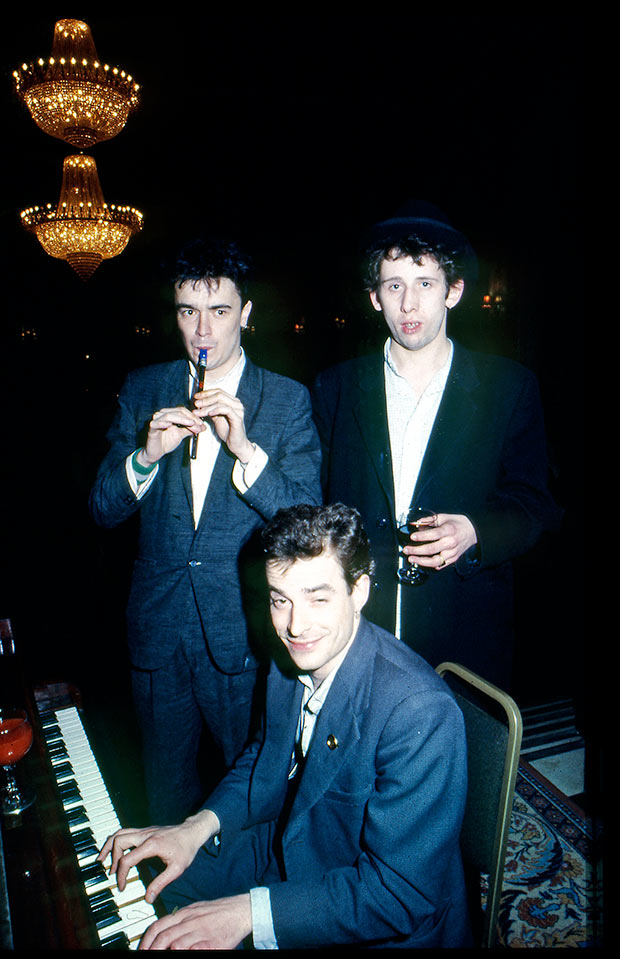 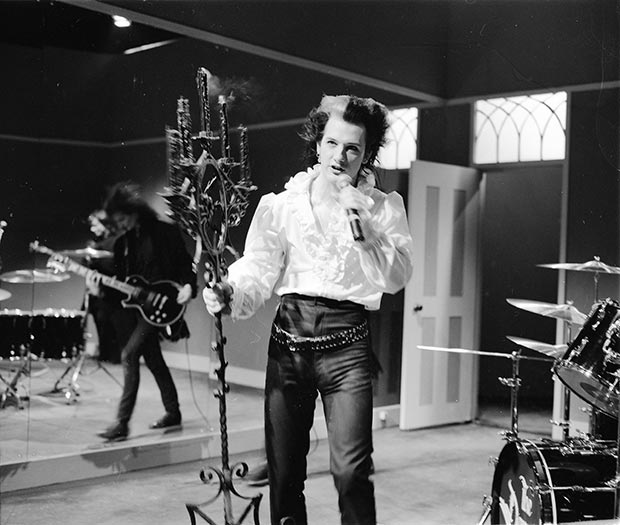 It’s interesting then that your most recent work for Adidas, Vice and Dr. Martens among others has been fashion-focused.
“I’m interested in the fashion question, because I only did my first real fashion spread in 2008, and was very surprised to see how that side took off. I feel very privileged to have had a renaissance. I could have hid behind the old stuff forever.” 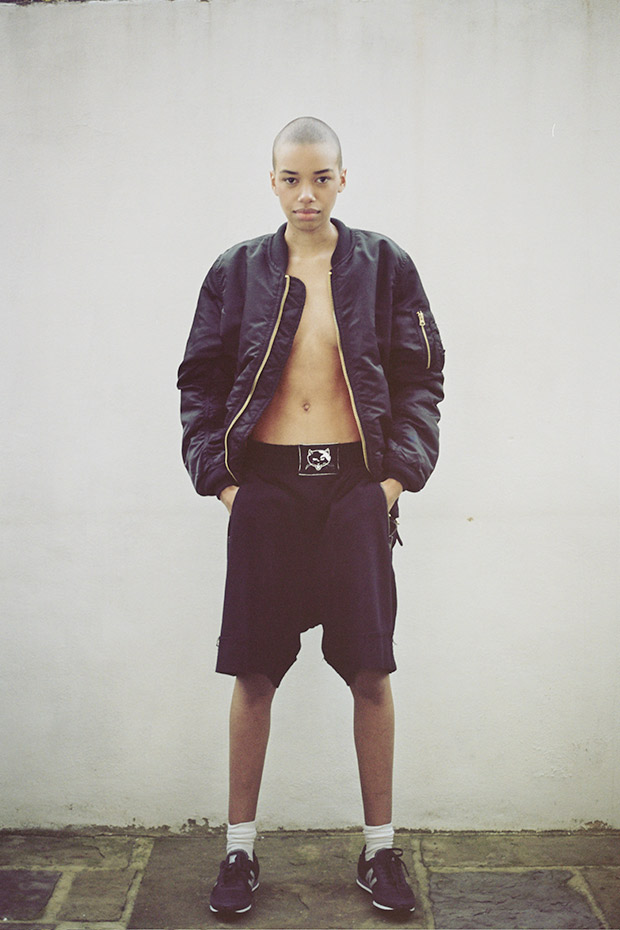 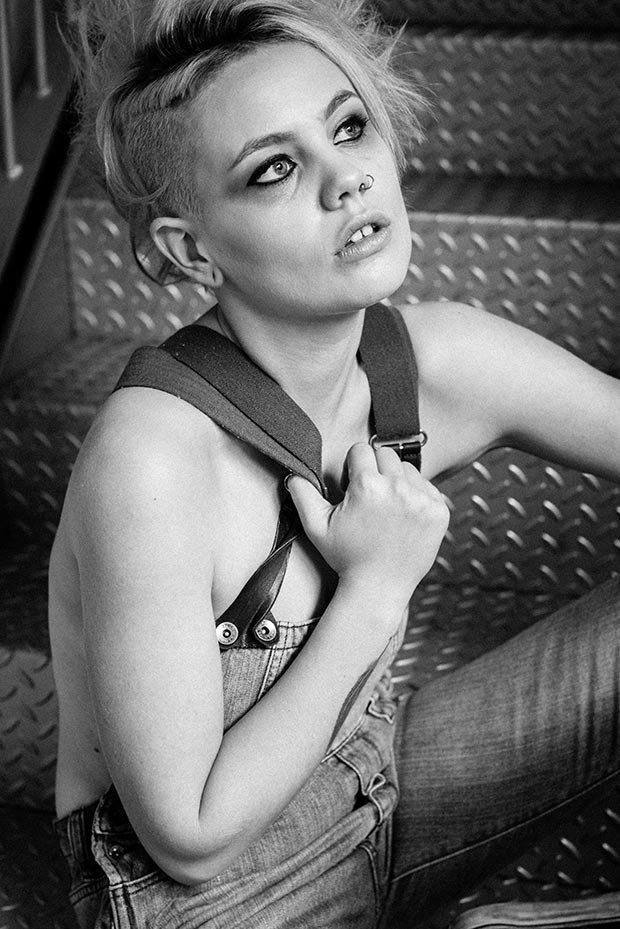 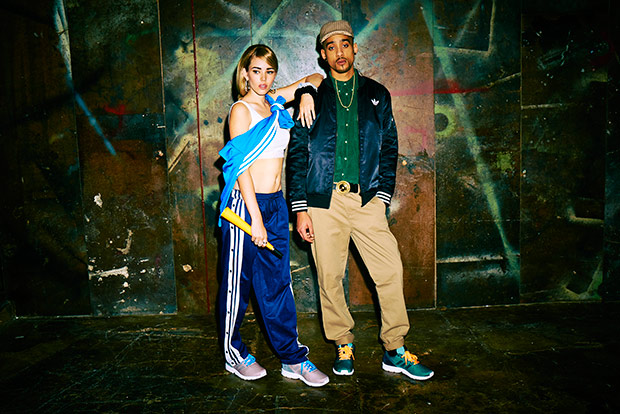