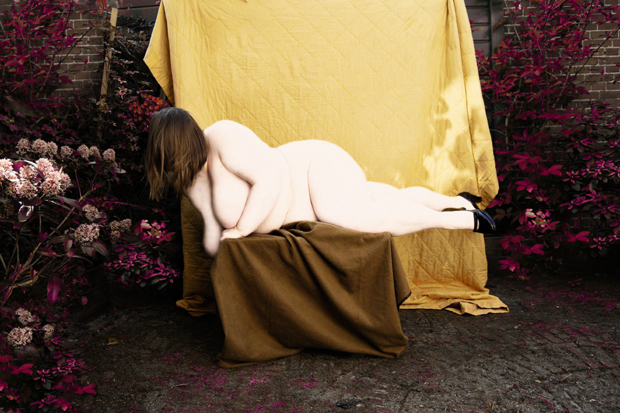 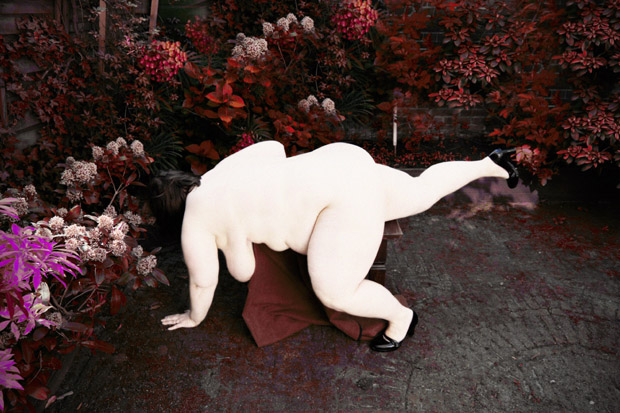 For Sunday, photographer Paul Kooiker captures a faceless, nude model in her garden. As she arranges her body into contorted forms, she constructs shapes that are at once erotically charged and non-sexual. Though she lacks any identifying facial features, Kooiker’s images are sequential, obsessive nearly to the point of voyeurism. In this private, sequestered space, he documents the female form in a way that is objectifying yet reverent, worshipful yet obscene.

The artist initially met his model through a modeling website, and finding that she understood his vision, he shot her in her own garden on a Sunday. Her limbs foreshortened by her awkward positioning, Kooiker’s subject emerges like a classical sculpture tossed slightly ajar, an icon of divine femininity confined to restricted positions that are both inelegant and graceful.

The scene becomes saturated in technicolor, the porcelain flesh of the model cushioned by bleeding reds and yellows. Bleached and pale, the female appears like a figure from a dream, both angelic and imposing. She is desired yet untouchable, laying nude while portions of her body are obscured from sight. Composed of contradictions, she lies just beyond our reach, existing as an object of substance while becoming mysteriously apparitional, a material form that verges precariously on the intangible.

Sunday is on view at Steven Kasher Gallery now until October 25. 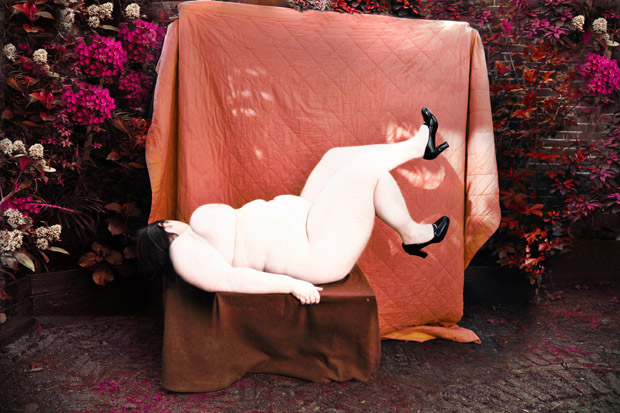 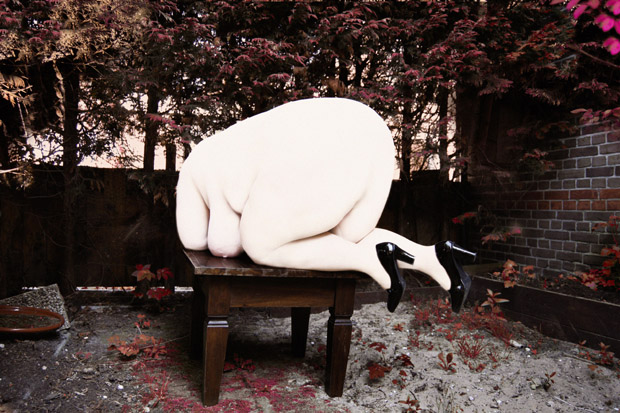 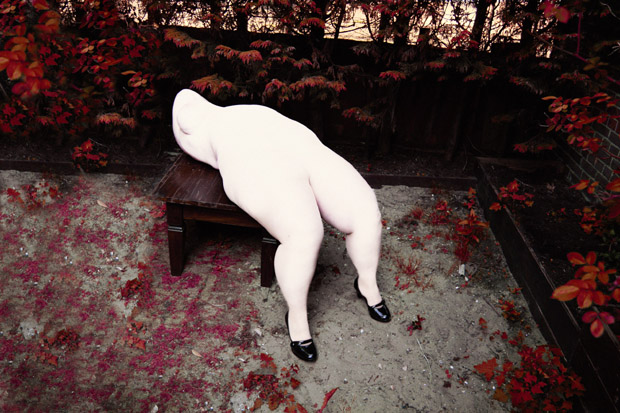 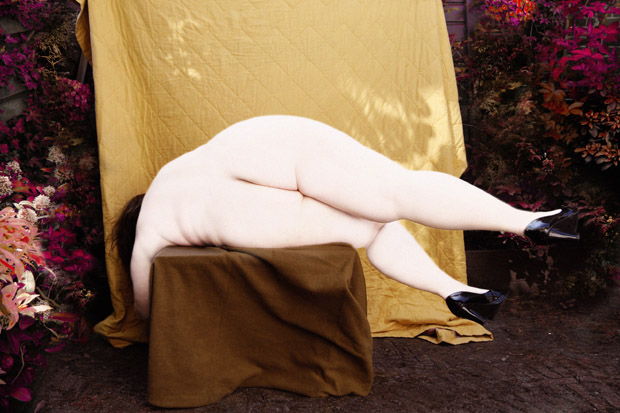 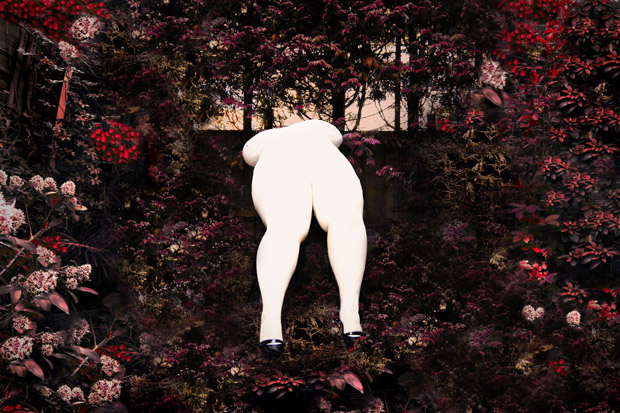