Feature Shoot Recommends: Top 10 Things for Photographers to Do in New York (October 20-26) 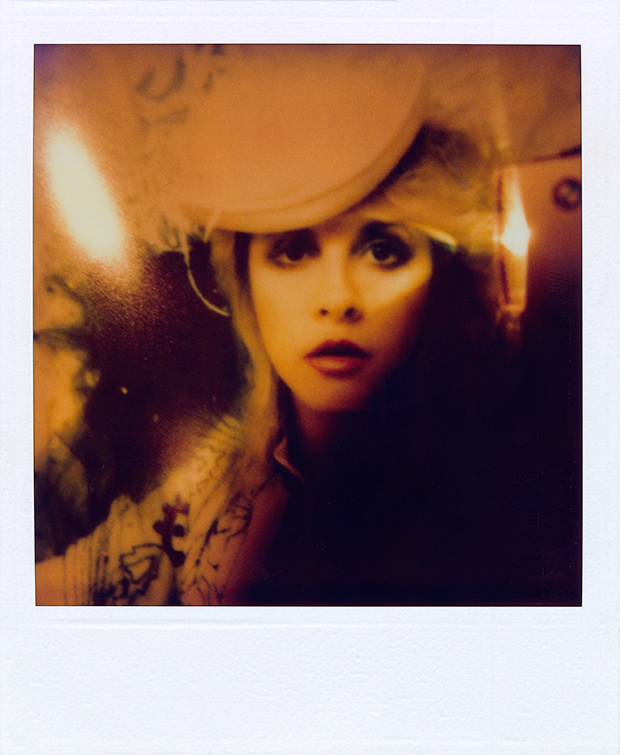 We at Feature Shoot are always on the lookout for new and exciting things going on in the world of photography, and we are thrilled to introduce a new weekly feature showcasing some of the many photo-related events, activities and shows happening in New York. Feature Shoot Recommends has something for everyone, from photojournalistic mavens to fine art enthusiasts, so be sure to check in each Monday for our top ten picks of the week. And next week we will launch our London edition!

EXHIBITION: 24 K Gold, The Morrison Hotel Gallery SoHo, 116 Prince Street, Second Floor, October 12 – 31.
24 K Gold is a collection of self-portrait polaroids taken by rock legend Stevie Nicks between 1975 and 1987. The images, hand signed by the artist, have been curated by Dave Stewart of the Eurythmics. Presented here are a variety of vintage selfies, each capturing a special moment at home or on tour, most in the middle of the night, after everyone else had fallen asleep and Nicks had time to play.

Writes Morrison Hotel Gallery co-owner and founder Peter Blachley of the collection, “Her choice of set and color combined with a fascinating creative imagination documents a very special time in the history of music.”

EXHIBITION: Stephen Shore, 303 Gallery, 507 W 24th Street, September 11 – November 1 2014
For this show, legendary photographer Stephen Shore introduces his two latest works, the first of which documents the complexity of everyday life in Israel and the West Bank. A second series of photographs captures the Ukrainian dwellings of survivors of the Holocaust, tracing the country’s fraught history and future. In these two conflicted regions, Shore finds moments of tenderness and resilience within an uncertain landscape.

FILM: Susan Meiselas: Pictures from a Revolution, Anthology Film Archives, 32 Second Avenue (at 2nd St.), October 20, 7:00 PM
In June 1978, photographer Susan Meiselas arrived in Nicaragua, directly before the Sandinista insurrection. For a decade, she bore witness to the revolution, documenting both the tragedy and hope that permeated the area. For Pictures from a Revolution, she makes the trip back to the region, revisiting those she took photos of years ago and asking the question, “What do they remember?”

LECTURE: ICP Lecture Series: Lucas Foglia, School at ICP, 1114 Avenue of the Americas, October 22, 7:00 PM
Critically acclaimed documentary photographer Lucas Foglia visits the School at ICP to discuss his recent book, A Natural Order, a monograph that explores the back-to-the-land movement as it exists within contemporary culture. For the project, he documented those individuals who live close to nature, freed from the confines and comforts of modern living.

EXHIBITION: David Benjamin Sherry, Danziger Gallery, 521 West 23rd Street, September 11 – October 25
For this show, photographer David Benjamin Sherry captures the sweeping landscapes of the Western and Southwestern United States in arresting monochrome. His saturated landscapes, printed in large scale, remind us of the beauty and power of the natural world, imbuing them with a palpable sense of majesty and wonder.

EXHIBITION: A World of Its Own: Photographic Practices in the Studio, Museum of Modern Art, The Edward Steichen Photography Galleries, third floor, February 8–November 2, 2014
A World of Its Own explores the role of the artist’s studio in modern and contemporary photographic practice. Featuring the work of groundbreaking photographers ranging from Uta Barth to Bruce Nauman, Robert Frank to Edward Steichen, the show spans 160 years and nearly 100 artists, each of whom use their work space in new and imaginative ways. The introspective show offers us the precious glimpse into the inner workings of photography’s greats, inviting us to witness their intimate processes.

EXHIBITION: Ernest Cole: Photographer, Grey Art Gallery, New York University, 100 Washington Square East, September 3rd – December 6th
As a young black man living in South Africa in the 1960s, Ernest Cole documented the painful realities of apartheid, leaving behind an archive of hundreds of black and white silver gelatin prints. Before he passed away in 1990 after being forced out of his home and after moving to New York, he published an astounding book entitled “House of Bondage,” a work that captures both the profound sorrows of a segregated country as well as the hope for a better future. Ernest Cole: Photographer is his first major solo exhibition.

EXHIBITION: Horst: Shadow and Light, Staley-Wise Gallery, 560 Broadway, September 19 – November 1
The photographs on view at Staley-Wise Gallery were created between the years of 1936 and 1987 by acclaimed fashion and still life photographer Horst P. Horst, who seamlessly integrated both architectural and surrealist elements into his stark black and white imagery. This exhibition showcases the elegance and nuances of the time in which he worked, capturing the flourishing artistic spirit that permeated Paris and New York in the years leading up to and directly following World War II. 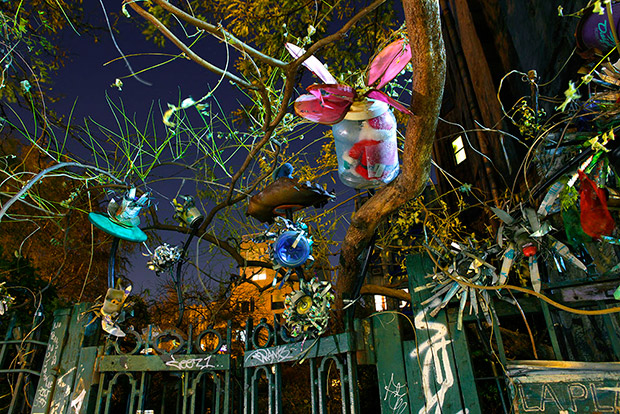 This Saturday, October 25, Hirose will present an artist talk at 2:00 PM, followed by a East Village community garden walking tour at 3:00 PM.

Do you have an event coming up that you’d like to see featured? Email us at [email protected] with “Events” in the title of your email. Have something you’d like to include in this week’s list? Feel free to add it in the comments section of this post.