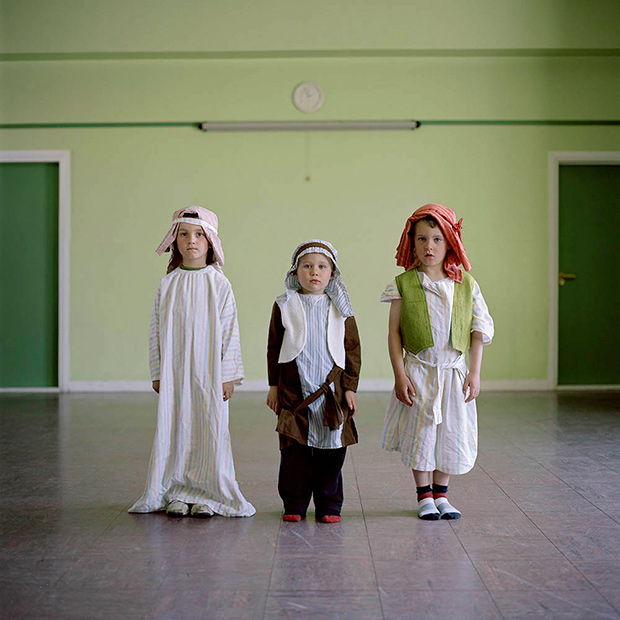 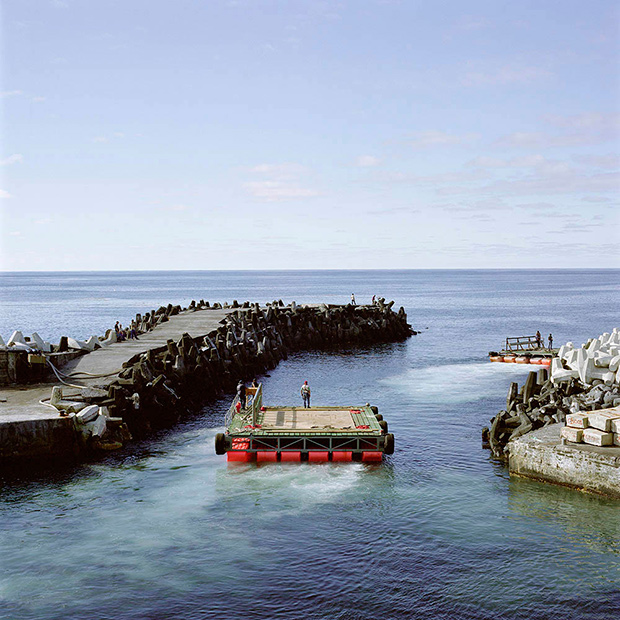 Calshot Harbor is the only way on or off Tristan da Cunha (2012 pop. 259). The harbor is too small for ships to dock, and the weather in the South Atlantic often prevents disembarkation onto smaller boats. In such cases, ships are forced to drop anchor offshore and wait for the weather to improve. This image shows a pontoon heading out to offload essential supplies from the MV Baltic Trader.

Relics of the British colonial empire, four smallish islands sprinkled around the South Atlantic, gave Bath-based photographer Jon Tonks plenty of subject matter for Empire, his project on the post-colonial territories. Empire, published by Dewi Lewis, is a present-day portrait of the lives and people of Ascension Island, Tristan da Cunha, St. Helena, and the slightly more famous Falkland Islands, yet much of what Tonks portrays seems like it could have been photographed decades past, which is part of what is so appealing about this project.

The islands’ populations are small but vary from about 259 on Tristan da Cunha to a whopping 3,800 on St. Helena—which, in addition to this dubious boast, can brag to have hosted an exiled Napoleon after the Battle of Waterloo. Tristan da Cunha not only has a puny population; it’s about 1,500 miles away from its nearest neighbor, St. Helena.

Tonks, who I met with at Fotofest Houston last year, spent a month in each territory, in addition to 24 flights, 400 rolls of film, and 6 years on the project. As detailed by Christopher Lord in the book’s introduction, the islands’ ethnic mix is “the legacy of itinerant sailors, freed slaves, and indentured labor” with a link to the far-away mother country, and Tonks succeeded in capturing much of this in Empire.

All photos © Jon Tonks. From Empire, in its second printing, published by Dewi Lewis. 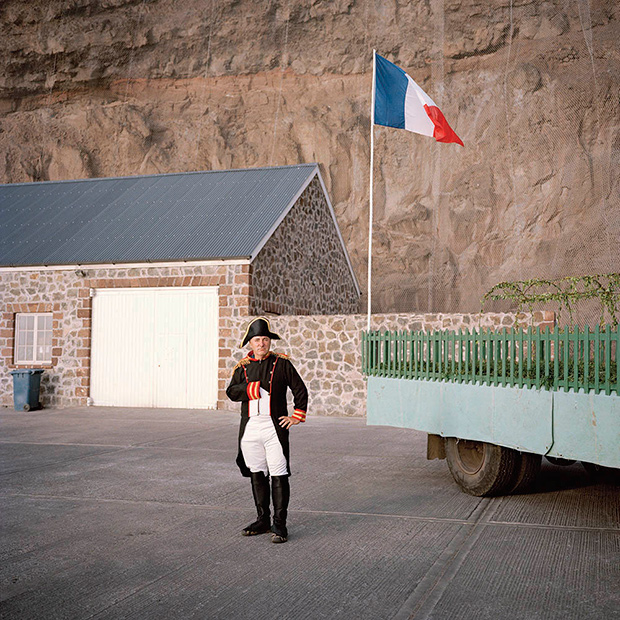 Andy Crowe is from the UK and is dressed as Napoleon Bonaparte for St. Helena Day celebrations. His occupation on St. Helena (2012 pop. 3,800) is housing executive for the local government. Following Napoleon’s death in 1821, Queen Victoria sold all Napoleonic properties to the French Government for the sum of 7,100 pounds sterling. France now appoint an Honorary Consul to live on the island and maintain the buildings and surrounding gardens. 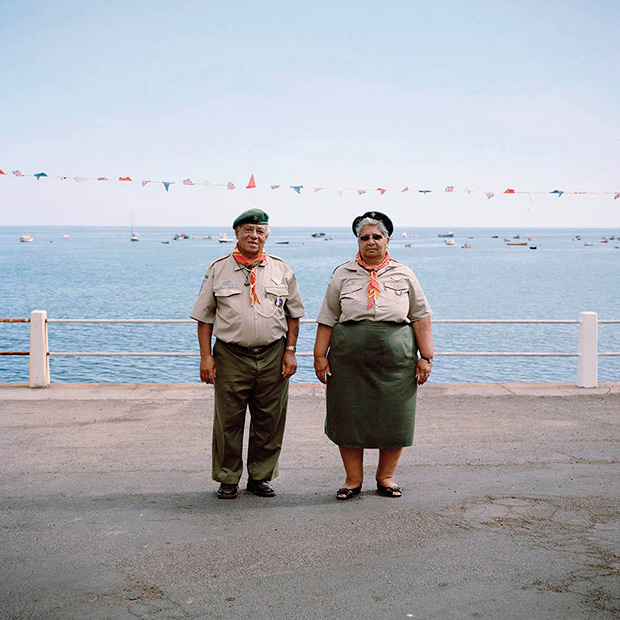 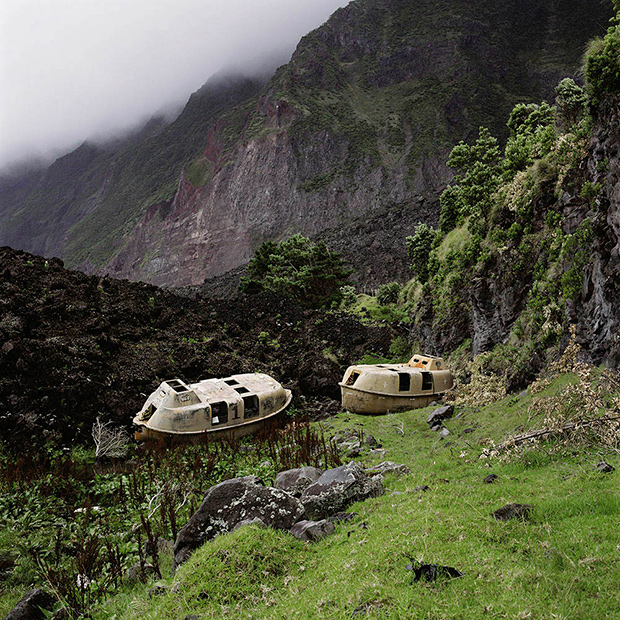 These lifeboats, in Calshot Harbor (Tristan da Cunha), were washed up one night following a heavy storm. They are said to be from an oil rig that crashed into the island in 2006 The rig broke loose from a vessel towing it across the Atlantic and was dragged out to sea, scuttled, and sank to a depth of approximately 2 miles. 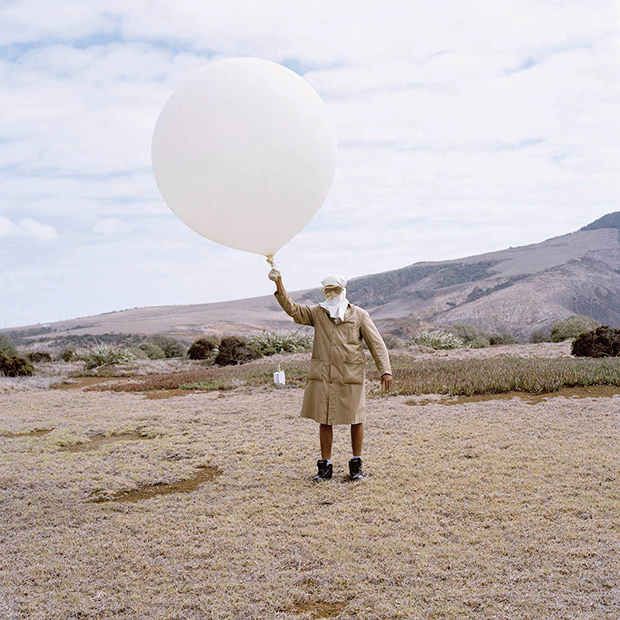 Marcus Henry, Meteorological Station, St. Helena. Henry began working at the island’s weather station in 1976. The facility is funded by the UK Met Office, and he has been station manager since 1992. Responsibilities at the station include releasing a weather balloon into the atmosphere each day at precisely 11.15. This ‘upper-air observing technique’ requires the balloon to be filled with hydrogen, making the exercise potentially dangerous. The mask and goggles are to reduce static. The goggles also protect the eyes in the event of an explosion. 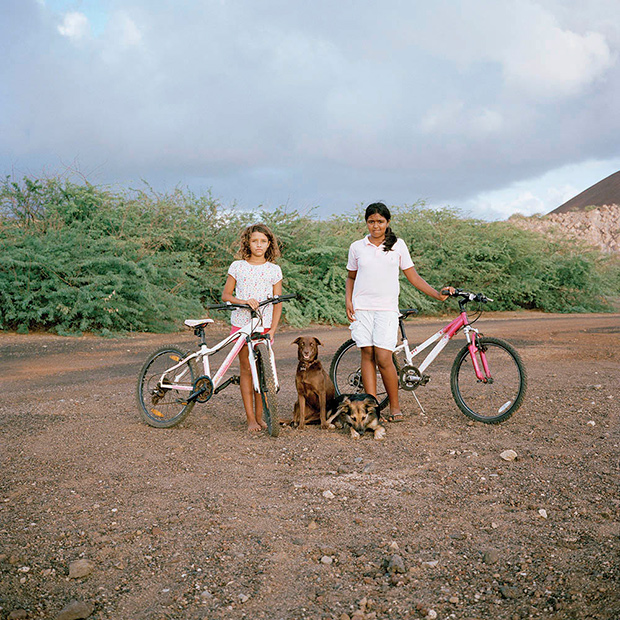 Hannah Yon, Keira Francis, Ben & Buddy. Both girls are of St. Helenian descent, but were born and live on Ascension Island (2010 pop. 884). 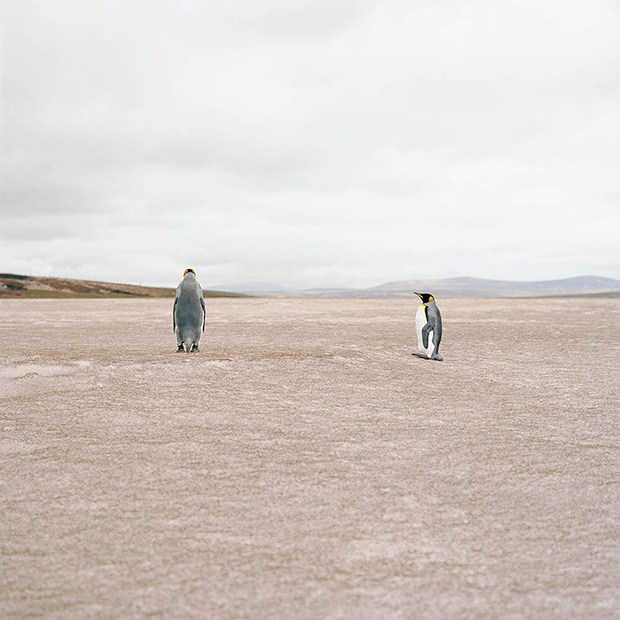 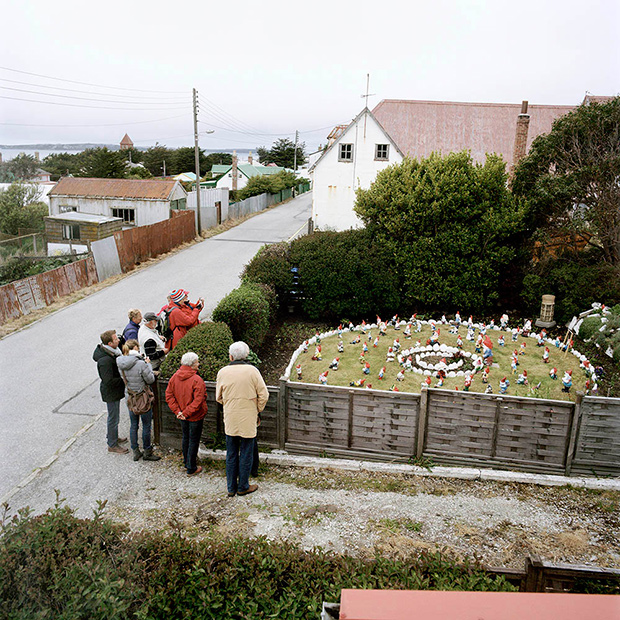 German Tourists, Gnome Garden, Stanley, Falkland Islands. During the evening of the Argentine invasion, in April 1982, the Royal Marine detachment on the island used back gardens to take cover from advancing troops. Reports say that a local lady came outside in her nightgown to offer cups of tea. 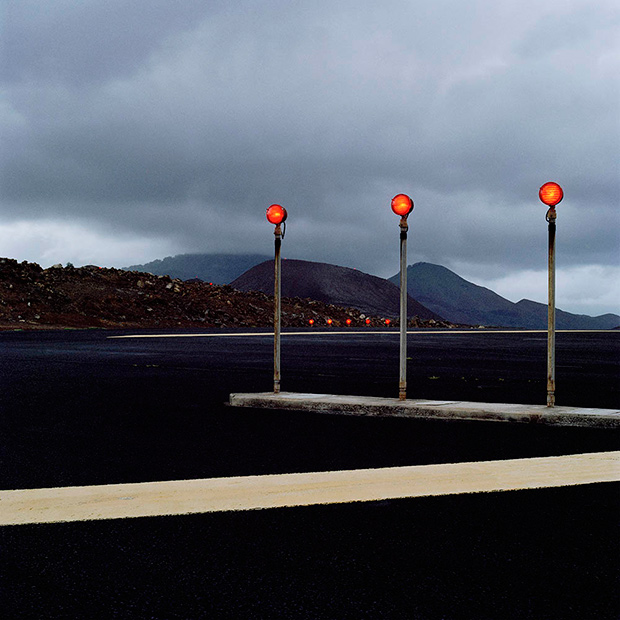 Wideawake Airfield, on Ascension Island, is a joint facility run by the United States Air Force and the RAF; the runway is US owned, and the Airhead is British owned. Built in 1943, the runway allowed planes to land and refuel en route to conflicts within Europe and the Middle East. During the Falklands Conflict the runway was invaluable. It re-garrisoned and quickly became the world’s busiest airstrip for a brief period in June 1982.