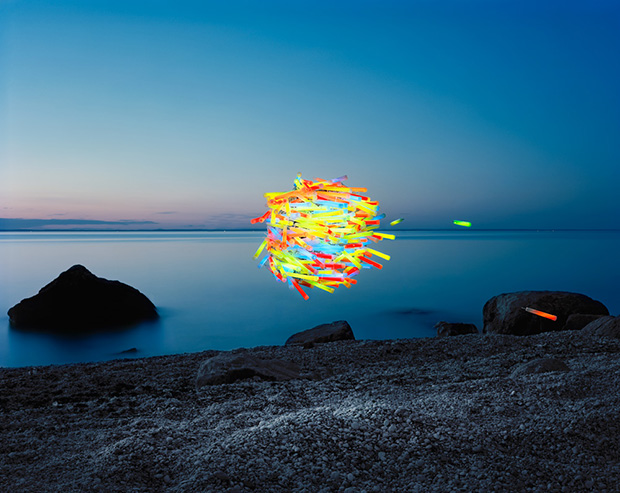 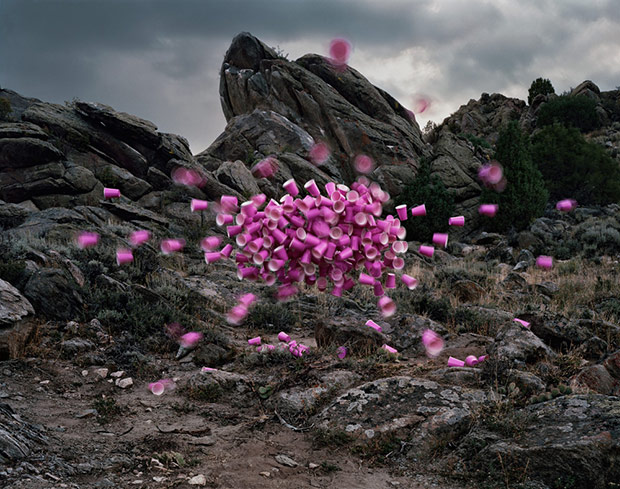 In this alternate visual universe, post-its spring from their pads, and marshmallows erupt from the depths of a secluded forest. In the place of vital organisms, the artist introduces man-made bodies that stand out from the muted natural world with neon hues and manufactured forms. As we humans disrupt the patterns of nature, Jackson constructs an alternate narrative; here, the effects of human life are consumed by natural impulse, forming frightful hordes of matter that need not comply with the laws of man. 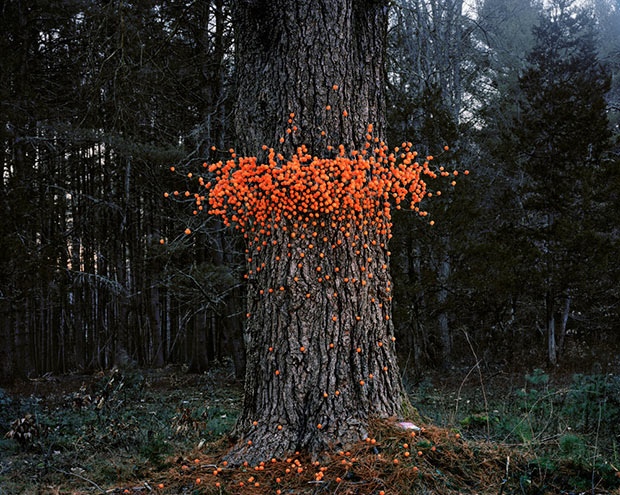 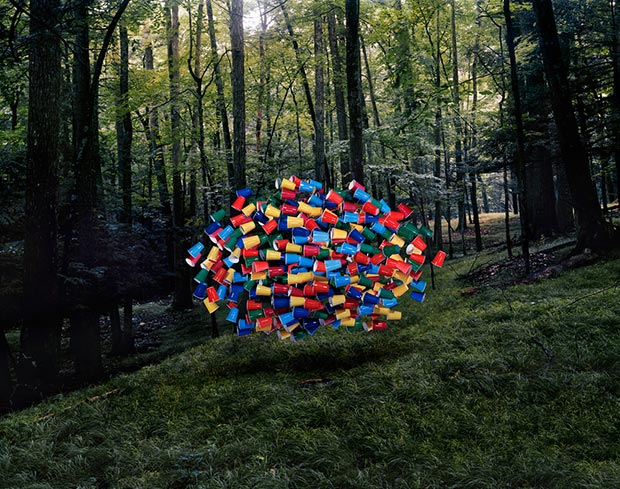 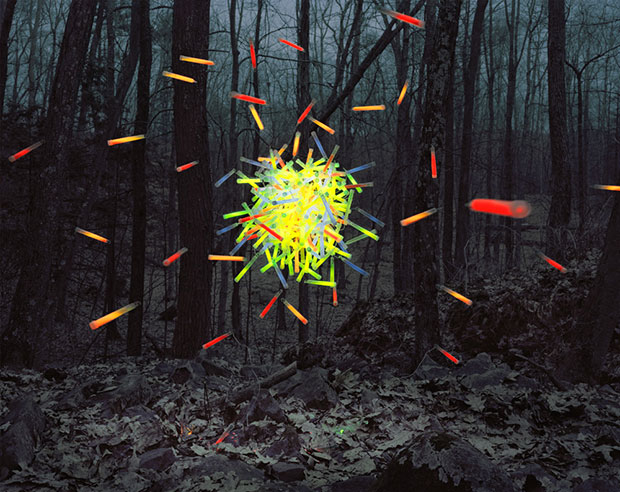 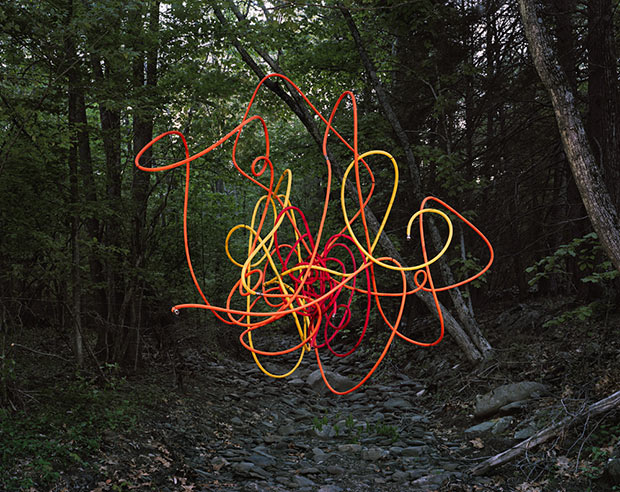 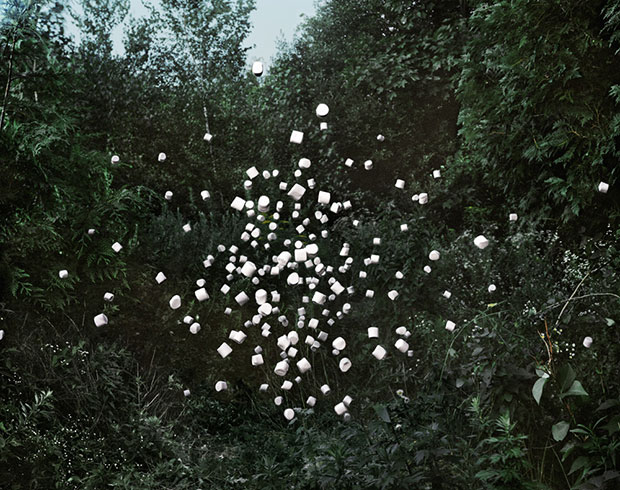 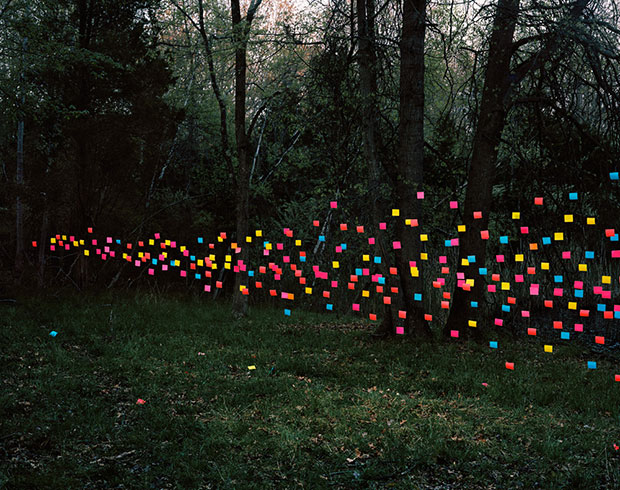 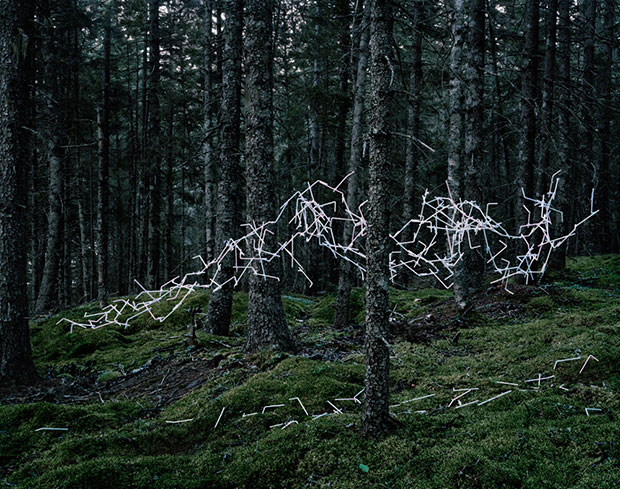 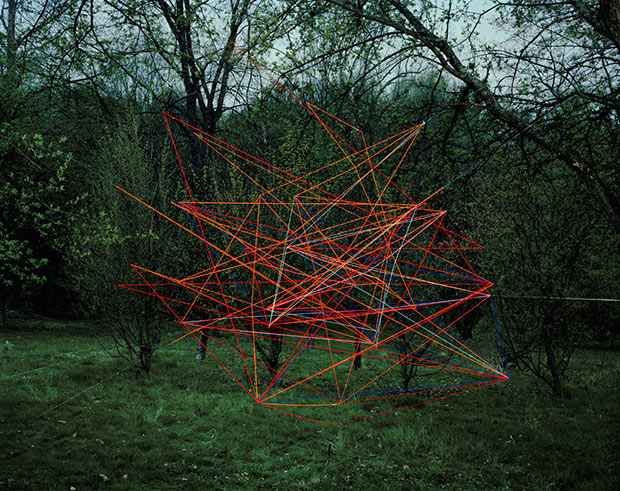 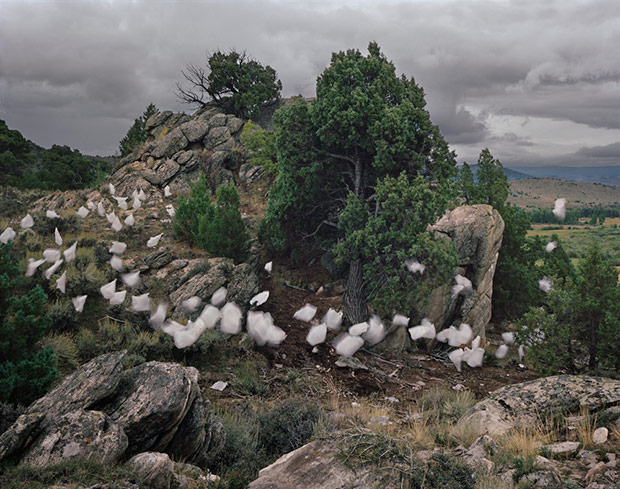