Don’t Say Cheese: Why Do the People in Contemporary Art Photographs Look So Blank? 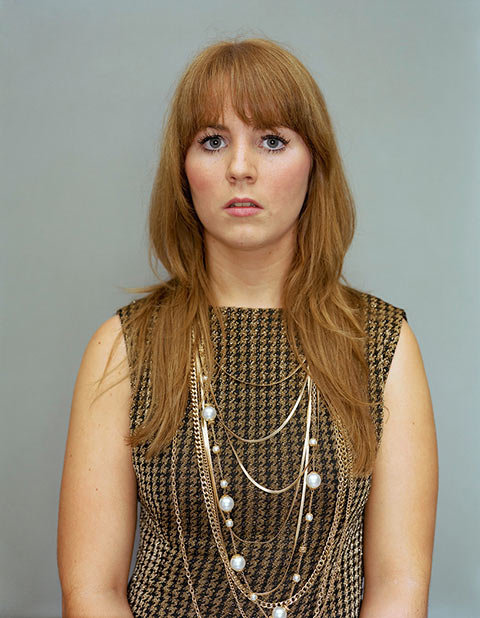 The A Smith Gallery isn’t in New York, London or Berlin. The town of Johnson City, Texas, where the gallery is located, is an hour’s drive from Houston and has a population of under 1,500. It’s a homespun place where people greet each other by name, and the art community there—three galleries, one of which opens sporadically—is modest. Yet last March, gallerist Amanda Smith did something fairly radical by contemporary-art standards. She mounted a photography exhibition called Smile.

Why are contemporary-art photographs so devoid of smiles? In many cases it’s not just an absence of joy, but a total lack of emotional affect. Walk into a high-end gallery in any major art city today, and—if photographs are on show—you’re likely to see images of people wearing blank, zombie-like expressions. The style, called deadpan, is ubiquitous.

Consider recent shows by artists Jitka Hanzlova and Lydia Panas, and last year’s Rineke Dijkstra retrospective at the Guggenheim. Look through Susan Bright’s Art Photography Now, which even in its expanded 2011 edition features almost no smiles in 240 pages. Certain successful young photographers—Loretta Lux, Rania Matar, Hellen Van Meene—even pull off what might seem an impossible feat: getting children to display no emotion. How did this happen?

Historically, emotional affect has had a complex relationship with photography. Early photographs are notably serious; smiling for a photograph didn’t become commonplace until the 1880s, when roll film and faster cameras made it possible to capture more spontaneous expressions. But putting on a smile for the camera soon became widespread, and in around 1910, photographers started telling subjects to “Say cheese” (a custom apparently started by a British school photographer).

The 1930s was a golden age for documentary photography, and photographs by Dorothea Lange and Walker Evans captured dust bowl migrants with little to smile about—yet the emotional tone of the work was warm, since it took the viewer’s empathy as a given. Known as humanistic photography, this work was often in danger of toppling over into sentimentality, and perhaps because of that, there was a backlash against it in the postwar era, when the most influential photographers—Robert Frank, Diane Arbus, Cindy Sherman—substituted cynicism, irony, and voyeurism.

Arguably, though, the photographer who launched the current trend of deadpan portraiture was Thomas Ruff. In the 1980s, Ruff shot Portraits, a deadpan series of portraits of his fellow-students at the Dusseldorf Art Academy. Taken in flat light against plain backgrounds, these head-and-shoulders portraits had a seismic effect on the art world. The size of bus-shelter billboards, the portraits were hard to ignore, and along with his Dusseldorf contemporaries Candida Hofer and Andreas Gursky, Ruff became an art world star.

Ruff was influenced by the political situation in 1980s Germany, where a domestic terrorist group, the Red Army Faction, was carrying out targeted political assassinations and the police were surveilling the public. “I realized a photograph could be easily manipulated and misinterpreted; that the person behind the camera is really controlling it all,” Ruff told me. As a result, he directed his friends not to emote in front of the camera, as if protecting themselves from police intrusions.

By the 1990s, Ruff’s aesthetic had spread to Yale, where another group of young photographers—Katy Grannan, Justine Kurland, Malerie Marder—were studying in the MFA program. In different ways, these young women incorporated the blank gaze into their work. In 1999, Gregory Crewdson curated a show at Yale called Another Girl, Another Planet, featuring the work of Grannan, Kurland, and Marder, among others: it became one of the most talked-about photography exhibitions of the decade. At the same time, Dijkstra was picking up the baton in Europe, making portraits of adolescents that turned a meditative but clinical eye on young people’s fragile psyches.

Interestingly, these artists had divorced the deadpan gaze from its original context. Now the subjects’ anomie was no longer a generational reaction to a political crackdown, but seemed to express something almost opposite: its young subjects’ sense of self-absorption and disengagement from society.

Whether or not you see the deadpan gaze as blank, though, is a matter of opinion. We bring our own psychological weather to the images we consume, and to some people, what feels clinical and soulless in the blank gaze is, to others, a welcome reprieve. “I tend to feel that a smile is off-putting unless you have a personal connection to someone,” says Jennifer Blessing, the Guggenheim Museum’s senior curator of photography, who put together the Dijkstra retrospective last year. “It codes to a social superficiality; it’s like when someone asks how you are and you say, ‘Fine,’ and you’re not fine at all.”

All of which brings us back to the A Smith Gallery and Smile—the show that, in its modest way, challenged the deadpan aesthetic. So I wondered, how did it go? “It didn’t attract many entries,” says Smith with a laugh. While the gallery received hundreds of entries for another themed show, Chair, it faced a struggle in assembling material for Smile. “You can have a smirk, an ironic smile, a shy smile,” says Susan Barnett, a New York photographer who curated the show with Smith. “But a lot of the pictures that came in were snapshots; the show didn’t hit all the notes I wanted.”

This suggests that, even when specifically invited to, photographers have a hard time accepting the smile as legitimate in fine-art portraiture. Maybe this is inevitable in the age of Instagram, when art photographers have to work hard to distinguish themselves from the unwashed masses. Yet photography has never been just one thing, and with the advent of digital technology, the possibilities for its expansion are endless. It’s a big tent, with room inside for a range of expression, and expressions. If the art-photography world is to stay relevant, perhaps it will need to explore different corners of the tent. 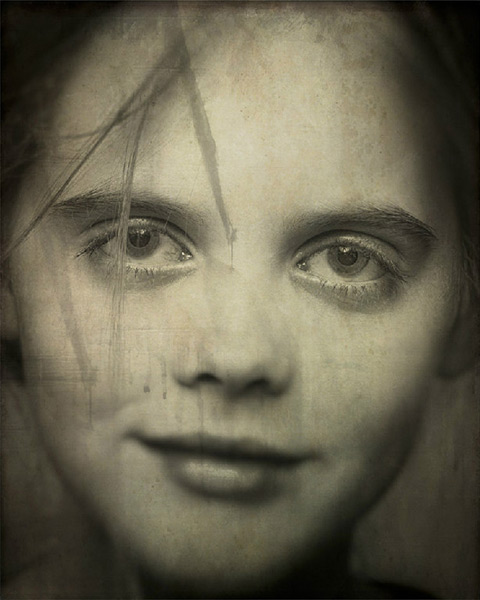 David Namasky, courtesy of the A Smith Gallery